As THE MUPPETS strives to stay on the air for its fans, the show is also be fighting to keep ratings up within its storyline. In the docu-style, Kermit says it is his job to smile and nod at an event while it is Miss Piggy’s job to be classy and rub elbows considering she’s representing the show. That’s a bit comical, Miss Piggy being classy quite the idiom as when pigs fly.

During a red carpet for the event, Miss Piggy finds herself being the laughing stock as her attempt to “turn, peek, and pop” to show off her dress goes awry and accidentally exposes her tail. We’re accustomed to seeing Fozzy, Bobo, and even Animal with their tails out, but there’s a bit of a double standard as it is portrayed as Miss Piggy showing off her arse. That’s not going to sit well with the network, no pun intended.

On a side note, this week we learn Chip was born with a tail! Yep, a tail which he proudly carries around as a charm on his necklace. If you thought of him not being all quite human, well there’s your proof. He’s something alright and most likely why he’s so, “special” (though a favorite of mine).

Though the direction of show was not so clear aside the fact that The Muppets had to produce a weekly show, there has been a significant difference in the storylines. The guest stars no longer seem to overpower the muppets nor dominate the dialogue. I’m happy to say it’s been quite refreshing, as it allows for The Muppets to continue to develop their personalities as well as have more “show time” as opposed to putting a few minutes of interaction that is irrelevant to their characters or the story. We can now see and appreciate random spurts as a sort of reveal to their persona and/or part of story. I’m digging the ‘refresh’ on the show since the Christmas break.

Aside Chip being a favorite, I’m overjoyed when I see any focus on Pepe and Rizzo. These dudes are hilarious and incredibly fun to watch! Gonzo is in a bit of a slump since Camila left, still am unclear if she was a genuine love interest or a mere sidekick….will wait for future episodes to reveal although I’m quite indifferent as I find the whole situation peculiar. 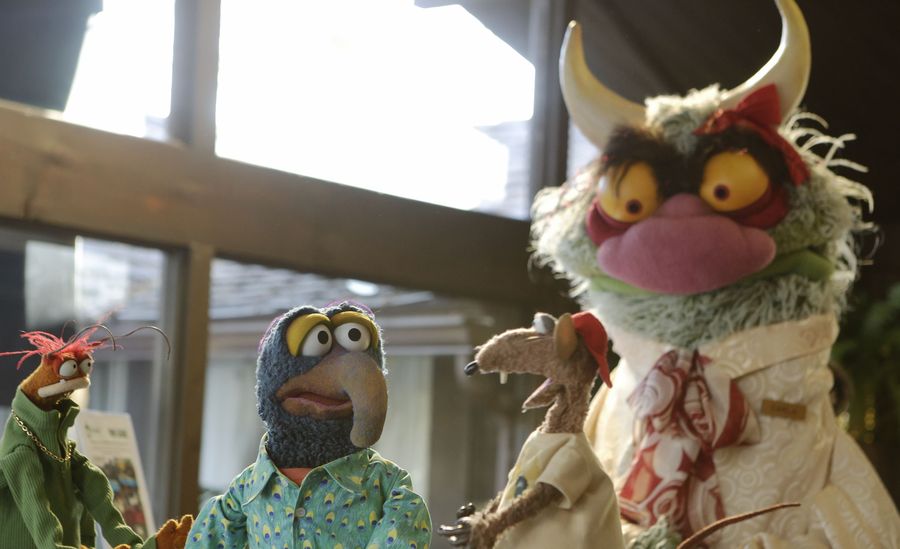 Pepe, Rizzo and Gonzo end up going in on a house, but not just any house, Ian Ziering’s old house. Better described as the 90210 house that Sharknado-did-not-redecorate. The delivery is a bit blunt and comes out of nowhere, making the randomness of it all humorous. So the three amigos are now roommates and single eligible bachelors. What are these guys to do, throw a pool party and invite all the ladies (of course)! The guys becoming roommates is probably the cutest thing I’ve seen among The Muppets, these guys have a huge bromance going on and it’s adorable. 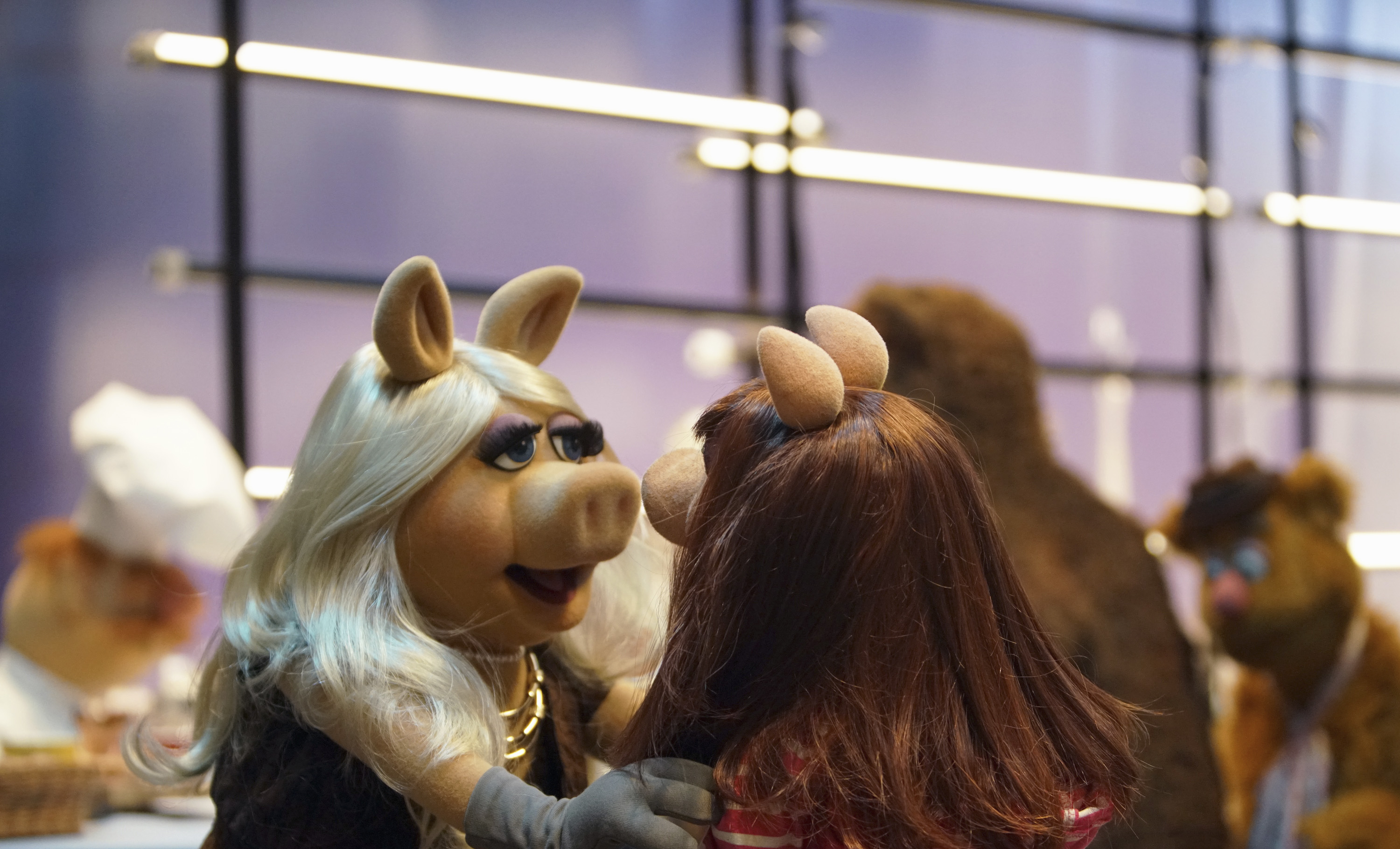 A Miss Piggy teeny bopper, Linda-comes to meet Miss Piggy and lets her know her wardrobe faux pas should not be something to be embarrassed about. She leaves with an uplifting message and shares her own woes. She explains the same tail malfunction happened to her in gym class. She adds that because of Miss Piggy’s stature, she no longer feels self conscious and praises Miss Piggy for making a statement. Linda’s message to Miss Piggy is so profound she decides to embrace it and advocates a PSA rather than a public apology for her public flash. The network president fears the loss of sponsors will effect the show and it’s budge greatly she halts the PSA.

The Muppets group together and support the cause as they agree no one should have to feel ashamed of who they are. Kermit takes center stage and further elaborates, “…in a way, we all have a curly pig tail,” code for- our own insecurities. Because piggy can’t #UnveiltheTail. The entire gang reveals the tail, and are accompanied by musical guest star, Joan Jett to sing the perfect song to represent the episodes message.

“I don’t give a damn about my reputation, you’re living in the past it’s a new generation.” Throughout the musical performance the crew gives out tails to the audience! Miss Piggy signs out with a positive and uplifting message, “love who you are, not how you look!” which is something I support and stand by myself.

The Muppets group together yet again to stand up for one of their own. I will say, the show is definitely bringing back unity among all The Muppets despite multiple storylines.

What better way to celebrate a great show than to have an awesome pool party at the new bachelor pad, right? If you want the ladies to come, just invite 90s teen heartthrob Ian Ziering who mentions he is now 51 and has two kids! Holy cow, fifty never looked so good! More than pleased with the party and all the hot chicas they’re surrounded by, Pepe says the key to attract more ladies is to show respect and embrace things they care about. They’re only Muppets, but right on the money, now if only that message caught on and spread like wildfire. Incredible concept. 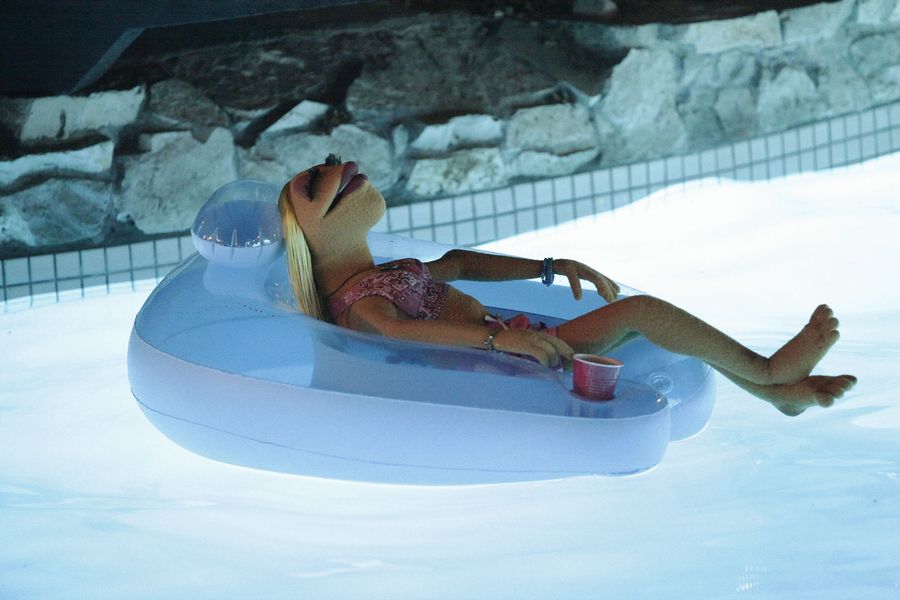