Whatever Miss Piggy wants, Miss Piggy gets-unfortunately. As much as I love them, the biggest problem with this situation is THE MUPPETS, they hate having to deal with her temper tantrums, among other things, yet they enable her diva like type of behavior.

If Miss Piggy and another woman are in the same room or spoken of in the same sentence, there’s some sort of one upping that takes place. Just a few weeks ago she had a prank war with Christina Applegate. Though we all handle conflict differently, Applegate was aware of Piggy’s retaliation and just went with it to appease her in hopes of it just being water under the bridge. This week things heat up with guest star, Reese Witherspoon who won’t back down and won’t take any of Miss Piggy’s sass. Apparently Miss Piggy felt as if she was robbed from Weatherspoon’s role in Walk the Line which led to an Oscar.

So naturally, the only way to handle the situation is to hold a grudge until you find a way to one up her, then all is forgiven. Miss Piggy learns Witherspoon volunteers and is involved with Habitat for Humanity and will going to a site to help build the next day. Of course Miss Piggy will happen to be there too. How convenient. Kermit tries to deter Miss Piggy from going tomorrow as he knows and we know it’s all for the wrong reasons. Seeing this as photo opportunity and being seen as a kindred soul, Miss Piggy arrives none less than in a stretch limo, and heels. Weatherspoon doesn’t waste a minute to confront Miss Piggy about her “work” attire and intentions. I love it. Someone finally steps up to Miss Piggy and calls her out for what she is, a dirty attention grabbing hog (well, she is a pig afterall). There’s no playing nice here, straight business. Miss Piggy’s ego is too big to be wrong, so she goes along with it to save face in hopes of proving Witherspoon wrong. Let’s be honest, we know she has a few tricks up her sleeve, Weatherspoon does too, this is going to be showdown. And so it is.

Tempers flare as the girls try to outdo one another over saws, hammers, and nails. The intensity escalates and an Extra TV crew captures Miss Piggy and Reese argue, push and shove until the walls come down. Talk about bad press and bringing down the mood AND the house. Yikes.

Meanwhile, the crew is struggling with a few issues amongst themselves. I honestly didn’t quite understand the whole Scooter and Rizzo storyline in this episode. Let’s break it down, Rizzo hits Scooter in his new car, convinces him to not go through insurance and suggests getting his car fixed at his cousin’s shop who will throw in a loaner while his car is fixed. That’s a total bust, Scooter is fined for driving a car with bad plates. Rizzo continues to conveniently offer solutions to the issues Scooter is having, but why go through all the trouble? He’s clearly ripping him off, one scam after the next, that I get, but the point being? Was this supposed to be funny because Scooter is gullible or a lesson to be learned? Either way, meh, not too creative of a storyline, didn’t do it for me. I get they’re trying to create different stories among the episode but if it’s not there, don’t force it. I’m expecting more, I know funny is capable. 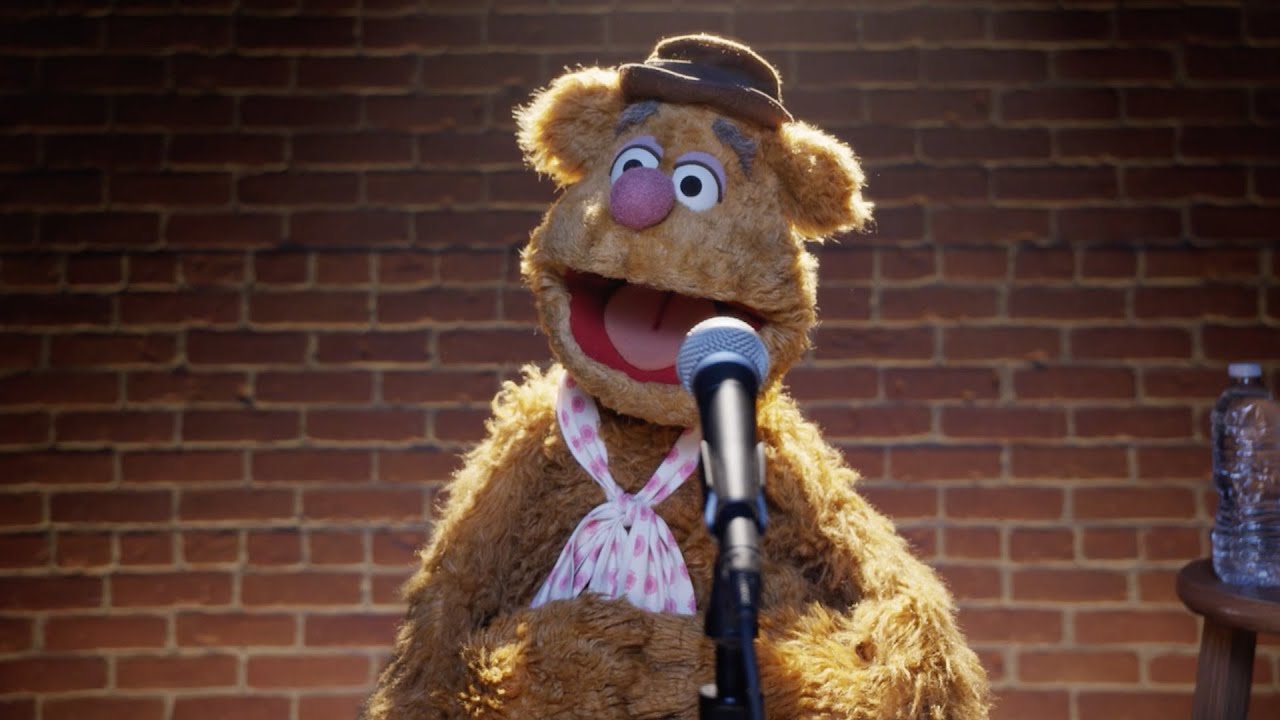 I was starting to wonder about Fozzie and his girlfriend Becky, she hadn’t been mentioned for a few episodes since before Fozzie almost left the show. Honestly, I wouldn’t have been surprised if she was forgotten altogether. She makes her way back as she joins Pepe, Rizzo, and Gonzo at the comedy club to support Fozzie’s show. A few jokes into his routine, Fozzie tries new material at the expense of his relationship. The guys try to explain it’s all in good fun, but Becky isn’t too pleased. Pepe, the little, cute and adorable Latin Casanova seems to understand women on a different level relates to Becky and also asks if she has a sister. If any Muppet should have their own spin-off or side story, it should be Pepe (whose accent reminds me of my parents accents-seriously). I’d definitely like to see more of him and his misunderstood banter. For the record, he was referring to Sean Penn, not champagne. Clever writing. Becky, still upset at Fozzie, gets back at him by stopping by the office and crack jokes about him in front of the whole crew. I was a little distracted as she was addressing the gang, couldn’t help notice Chip in the background. He’s still super creepy and awkward, I’d love to see how he fits in with the rest of the Muppets, because I sort of feel like he just lingers, in a weird funny way that’s entertaining.

Aware of the consequences, Miss Piggy returns to the studio upset and emotional. The odd thing about this is that they are real tears. But the tears are only because her reputation is on the line, not so much the destruction of the house. Funny to think Miss Piggy showed a side to her we’d like to see more of, at least I would. It could change the dynamic of the relationship with the other Muppets. But let’s be real, without her explosive psychotic outbursts, there wouldn’t be the rational, sweet and fearful Kermit we love despite him lacking a backbone. So never mind on the Piggy transformation and attitude shift. 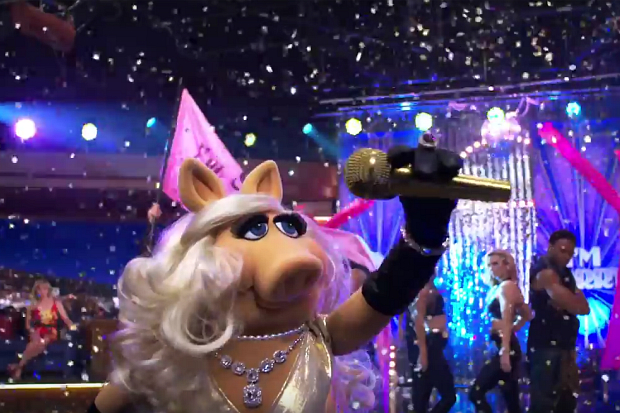 It is rather rare to see Piggy show emotion, but to admit fault? Is this the day pigs fly, Miss Piggy included? Doing the right thing (and clearing her name) would mean to publicly apologize. She decides to invite her back to do so on her show. When Reese apologizes before Piggy we can’t help but think Piggy will lose it because she said it first. Nah, it’s not about who said it first, it’s about how you said it, or sang it. The bigger the better. The apology is quite a production, very ego involved, is this how Kanye apologizes, think about it. An apology from Miss Piggy wouldn’t be complete without a snide remark being thrown in your face, like, “that’s how you apologize Reese Weatherspoon, I WIN!”