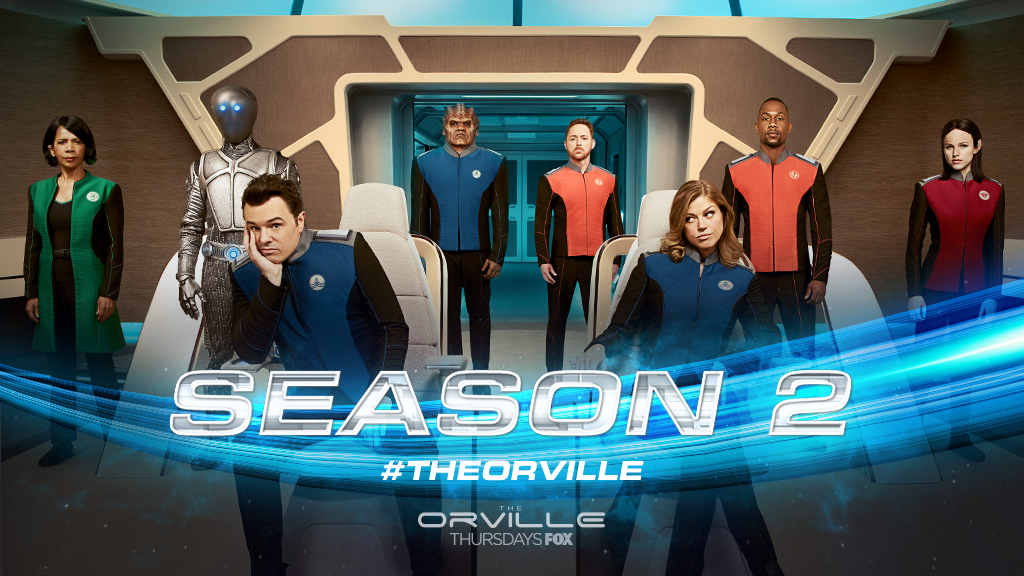 Fox has renewed THE ORVILLE for a second season, the broadcast network announced Thursday.

This makes Seth MacFarlane’s space-set dramedy the first new show of the season to get a Season 2 renewal.

The one-hour sci-fi series follows a down-on-his-luck officer (MacFarlane) who commands the titular U.S.S. Orville. Things become a tad complicated when his ex-wife (Adrianne Palicki) is assigned as the ship’s First Officer.

“Once again Seth has struck a powerful chord with viewers,” said Fox Entertainment president Michael Thorn in a statement. “He has delivered a series full of optimism, drama and his trademark humor. We want to thank him and the rest of the talented cast, as well as the producers and crew, for an incredible first season. We can’t wait to see where The Orville travels in the second.”

Other new shows that have gotten a vote of confidence from their networks include ABC’s The Good Doctor and CBS’ Young Sheldon and SEAL Team, which have received full season orders, though no second season renewal yet.

Networks are increasingly cautious when handing out orders for more episodes, with most new shows getting initial 13-episode orders before a nod for a full 22-episode season preceding a renewal.

The Orville was ordered straight to series with 13 episodes in May 2016.