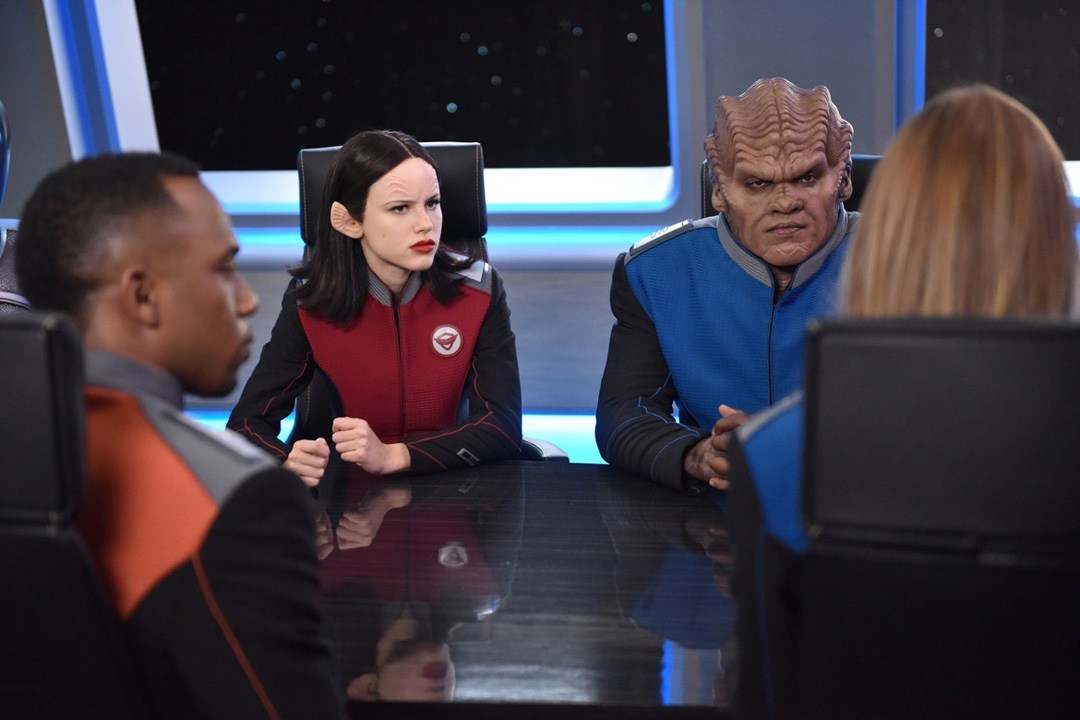 We’re approaching that ever sought-after place for The Orville where the successes are beginning to outweigh its failures. There are still plenty of head scratchers and frustrating moments, but I’m finally beginning to get a feel for The Orville. It’s not a dramedy, nor a comedy. At worst it’s a blatant Star Trek ripoff (which is pretty bad), and at best it’s something wholly original unto itself (which is rare to never). It falls in-between all of these labels and what you end up getting is something that is completely different episode-to-episode. I don’t even know what to compare this to – maybe Louie? In the sense that The Orville has forced its position to where it is now: The Orville can tell the jokes it wants, and it can be the drama it wants, and it can say the bunch of cliché things it wants, and people have to accept it for what it is. The interesting thing is that Seth MacFarlane did not earn that position, he just knocked until they opened up. In some ways, I’m kind of proud of The Orville because despite the criticism, it has refused to change and a Community-esque core of fans have emerged. In other ways though, I can’t help but scoff at this show because… come on… dude just got swallowed up by a massive spider and you use that event to pole-vault into the cliché territory of, “I could’ve done more,”?

Is The Orville just the fan-accepted continuation of Star Trek? Despite the new Trek series, I feel like Trek cameos on The Orville are in the process of sealing the deal. After a crazy moment when Alara’s fear of fire causes a crewmate to die, she calls home for answers. Her father is played by none other than Robert Picardo (from Voyager). Alara’s parents explain her fear, which sends her for a bit of a loop. How can the Chief Security Officer do her job with crippling fear? Instead of unearthing 20th century comic books called “The Batman,” Alara decides to take matters into her own hands. Built as a reveal, we find out that Alara had Isaac construct a simulation for her where she encounters the fears of the crew. It’s essentially, to use another Batman reference, a Scarecrow simulator. If that sounds kind of stupid, it’s because it is. But worse than being lame, it’s too easy – and that’s my real issue with this show. 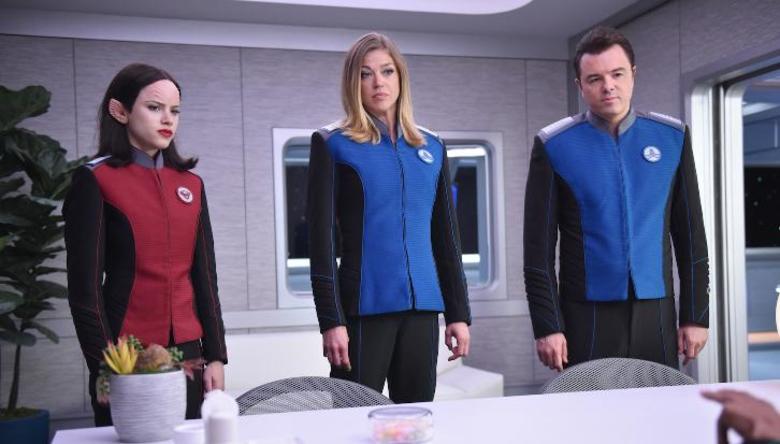 We go through a genuinely well put together, scary, amalgamation of fears only to have it all be a Bob Newhart dream. The concept of Isaac going rogue, Dr. Finn losing her mind, tarantulas taking over, and Gordon getting swallowed whole by a giant spider – was a genuinely interesting ride. The whole time I was like, “Disregard the beginning and focus on this, because whatever is happening is an incredible mystery.” Instead it’s Alara punishing herself for not being able to deal with fire. If that’s not enough, Ed can’t stop the simulation because Alara enacted a deus ex protocol that restricts Ed from doing anything. But this is also dumb because when has protocol ever stopped Ed from doing something in the past? We have multiple pieces of evidence throughout these ten episodes that Captain Ed Mercer doesn’t give a damn about protocol when it endangers the lives of his crew. Alara is in danger, everyone knows it, Dr. Finn literally says it – but no. Let her finish, damnit.

But that’s the issue with this show. You can poke holes in literally everything. This is why this show can never be a spiritual successor to Star Trek – no creative show has ever spent more time explaining the science behind their vision than Star Trek. They invented automatic doors! Seriously! And The Orville can’t even get its conceits and characteristics straight. Now I don’t want to bash this episode too much because outside of the bookends, this was very interesting TV. I always like it when shows take risks and try to turn friends into villains. It’s definitely a trope, but it’s a “What-if” scenario that has always grabbed me. The pacing of Alara’s simulation, the rising stakes, and the focus on her personal journey were all amazing things that did not have to have a twist ending. 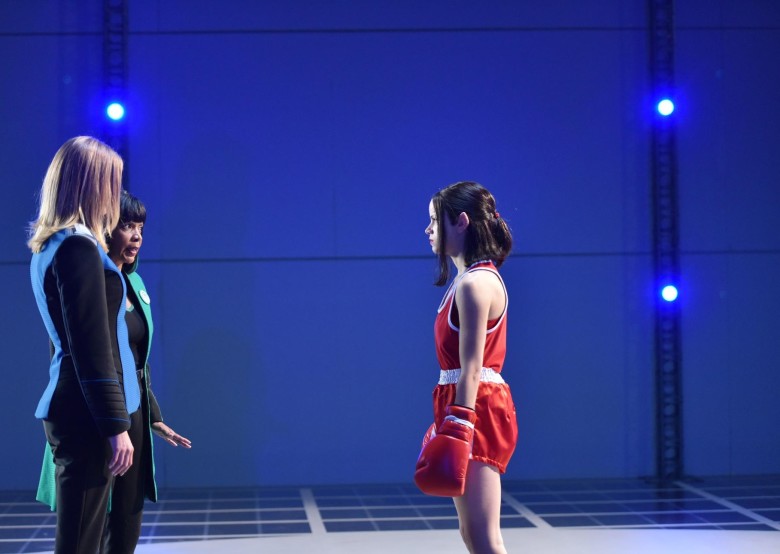 I particularly enjoyed the concept of Isaac being a villain. This is something I’ve mentioned in the past, the idea that the most competent crew member is the one that is gathering intelligence until he reveals his true colors. Watching Alara take on Isaac gave me hope for this concept being played out sometime in the future. Alternatively, maybe it was just fan service. Pitting the two strongest characters on The Orville against each other for no other reason that to show it off. Yeah, it was probably just fan service.

Overall, this was a solid episode that generated a lot of interest for me in the rest of the series. But there’s a lot of room for improvement. I would like to see The Orville challenge itself in its confined space on the ship. Try to think of problems that don’t have easy solutions that do nothing but undermine the stakes you’ve built. I also want Q. If this really is a Star Trek successor, where’s my Q?