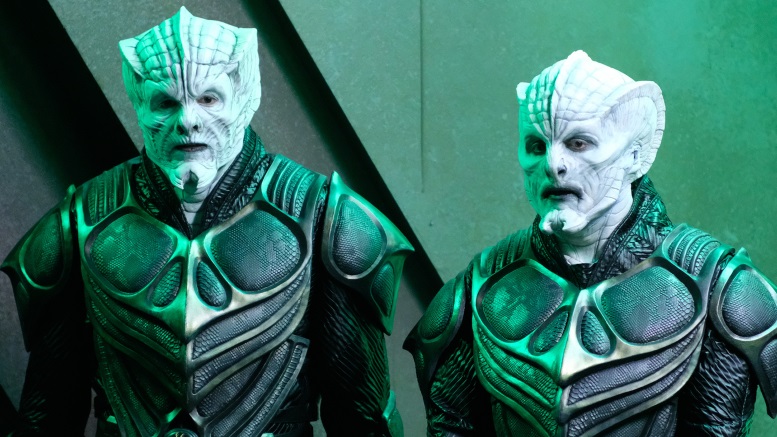 In most Sci-Fi, logic is supposed to be the prevailing ideal. Everything is so fantastic than you’re almost forced to ground yourself without feeling too ridiculous. Star Wars, arguably the most well-known piece of science-fiction is the greatest exception to this rule. But I think most Star Wars fans would argue that despite that one-time Han Solo said “go to hell,” and the whole revisionist history thing that Star Wars will fight for eternity, it all sort of makes sense in its own way. Alternatively, Star Trek is based entirely on Spock’s view of the universe: logical. Everything is explained, everything makes sense and there is not an aspect left behind, lest the fans write forums dedicating to solving these (minor) mysteries. The Orville is not like this. There is no cohesion outside of smarmy, and I think it’s silly that anyone would actually bat for any through line on this show. Those that want to deny that this is a comedy have to rationalize ridiculous moments that serve for nothing other than a bad joke: like when Gordon Malloy references Christmas in front of the Krill and none of them even blink (I don’t even know if they blink)? Or how Ed and Gordon are supposed to be undercover the whole time while consistently breaking character. Again, if this is supposed to be a comedy then where are the jokes outside of references to things people today don’t even remember. Nathan for You just did an episode on Uber tonight and you have a whole bit about AVIS?! I legitimately had to look up and see if Avis was still in business. They bought Zipcar.

After last week’s rather strong showing, it’s disappointing to feel like The Orville took such a step back. I feel like The Orville is pushing its own version of rationality upon us while trying to convey this idea that, “It’s OK, we’re the fun show.” But this doesn’t seem true to Sci-Fi. Some people love Seth MacFarlane, some people hate him, but I’m fairly apathetic. I’ve liked his performances in the past, used to like Family Guy, heard he’s really good to his assistants, but man this show sucks. It’s not that it doesn’t know what it wants to be, it does know what it wants to be – it wants to be a video game. It wants to be like Mass Effect and have its serious moments as well as its nonsensical lighthearted moments, and guess what guys that’s not possible for a TV show to effectively pull off. Mass Effect was a fun 100+ hour trilogy, not an hour-long told week-to-week. I don’t know what to say… the tone is all over the place, the plot is super thin, this show has absolutely no themes, no character growth, it just is what it is and it’s bad. 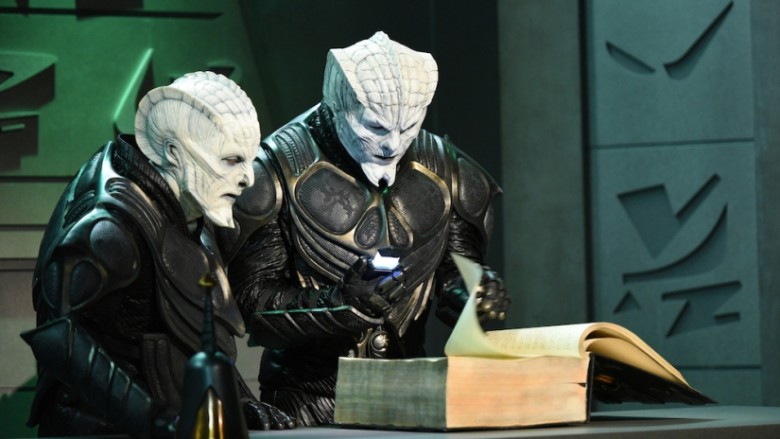 The plot can be summarized as Ed making some cool captain decisions that leads to the team abducting a Krill ship. The Federation is like, “Oh hey, Ed, hey, good work. Please do an extremely important reconnaissance mission with your idiotic (but talented) navigator/pilot, because we want humanity’s fate in your hands. For the ratings!” And Ed agrees with the TV Exec/Federation that this would make for a good episode with no B-plot. Essentially the Krill are religious zealots that don’t follow Scientology like Kelly Grayson so the Federation is worried that they’re horrible people. Somehow, they have just enough information to know that the Krill use their religion to colonize the universe, but they need more. Cool. So, send Ed and Gordon Malloy disguised as Krill onto a ship to figure out what this religion is about.

Everything works out great until Gordon starts making Avis jokes (the Krill prophet/god is Avis) and Ed and Gordon figure out that there’s a bomb on the ship headed toward a human farming colony. This is where the plot completely falls apart. Ed and Gordon are there to figure out what this religion is, try to make peace and bounce. Instead Ed and Gordon jump straight to, “Let’s kill everyone on this ship.” They then find some kids and a Krill woman and in classic Scarface fashion go, “I won’t kill no wife and Krill babies.” Fine. But honestly if I was the Krill captain, and some guests dressed up like me and (very badly) pretended to be me and then killed my entire crew, I would be pissed! It’s hard not to sort of sympathize with the Krill here, I mean they were given absolutely no chance for peace. This is the problem with the logic of the show, there was no plan to begin with. The Orville wanted an episode where Ed and Gordon could play dress up and they got it. Outside of that, this episode has no substance until the very end when the Krill woman tells an out-of-disguise Ed, “Thanks for murdering my crew and saving those babies. If you thought there was a chance for peace, you forever scarred those babies and led them to war, you idiot.” And it’s true! And in a lot of ways these moments of clarity on this show are the most frustrating parts. It’s like looking through a window at what this show could be, while knowing the door will never open. 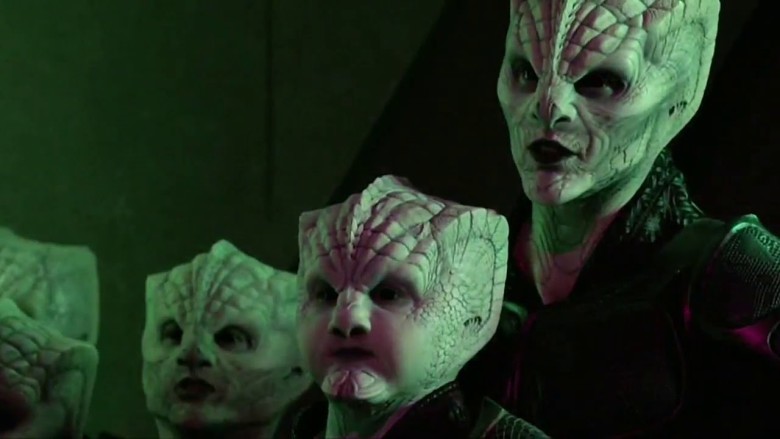 Through six episodes I would say I’m not an Orville fan. I feel like I know how this show could be better, and I’m positive they know as well, but I genuinely don’t think that they want it to be. They’ve hit this very interesting stride where some people love the show for what it is, while the rest of us have major hang-ups that will never be addressed. I think The Orville is comfortable being the charming Sci-Fi show held down by Family Guy-style references. But if you’re like me and you value the fact that someone sat down and wrote practically all 285 Ferengi Rules of Acquisition than watching stunned crewmates enjoy Bortus eating a napkin is not gonna work.