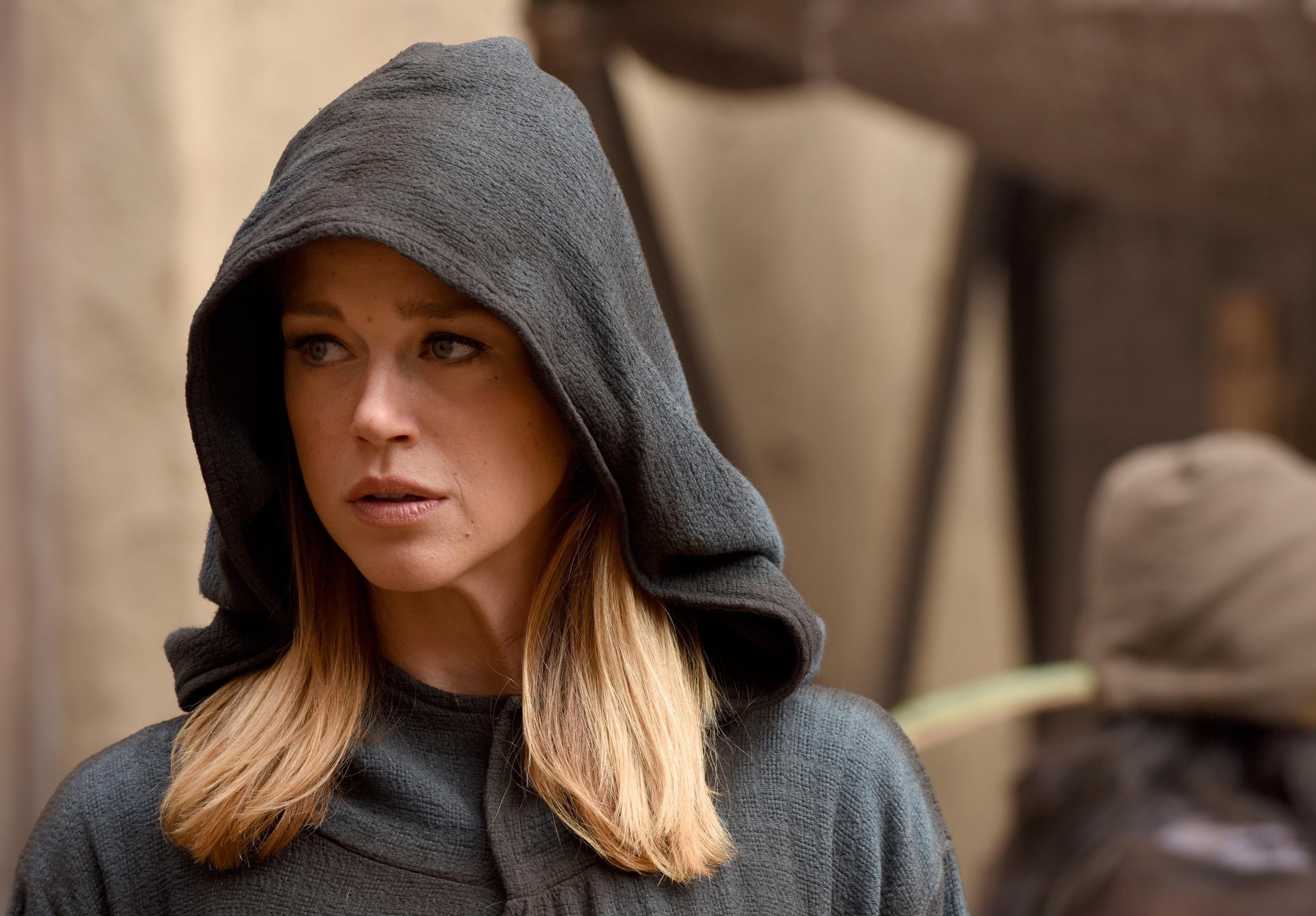 We can now officially look at the breath of work The Orville has created and judge it for what it is. I’ve had a bit of a rollercoaster relationship with this show, but overall, I have to say, it’s bad. The season finale really cemented it for me, but I was feeling it without this episode. It says a lot when the season finale of your first season is practically a rehash of a previous episode. It also says a lot that we couldn’t get through a season before Ed tries to hook up with Kelly. Sure, it ends with them realizing that this is never going to happen – but they should’ve realized it was never going to happen to begin with. Instead of exploring that space, we literally have one of the characters explore space and go through the hijinks that we’ve grown accustomed to on this show. Not until the very end do we shift focus back onto the main plot, and by that point, who cares?

In many ways this did not feel like a season finale. Like if this show wasn’t picked up and that was the sendoff – I wouldn’t know what to think outside of it being clear that The Orville never came in with any sense of an overarching plot. Kelly and Ed even scapegoat responsibilities and choices at times, avoiding the tough consequences to pass blame or duty to other characters. If there’s anything we’ve learned from this season, it’s what they won’t talk about – that Ed and Kelly are horrible at their jobs. Kelly is far too brash, focusing on the now while forgetting duty, protocol, and orders. And Ed is sort of a “people’s captain” turning a blind eye to rules and regulations if he thinks that the crew will get some sort of achievement or fun out of the task ahead. But neither of these reflect space, or the characters that we were introduced with. Kelly is supposed to be not just multitalented, but passionate about her job. The biggest mistake this show made was when it decided to strip Kelly of the blame of cheating on Ed. In that moment all stakes were lost and Kelly ceased to become a character. The pilot episode showed a woman making the choice to cheat on her husband for tangible reasons that made sense to her. The season showed a woman duped by pheromones. Even Spongebob keeps to their stakes better than this. 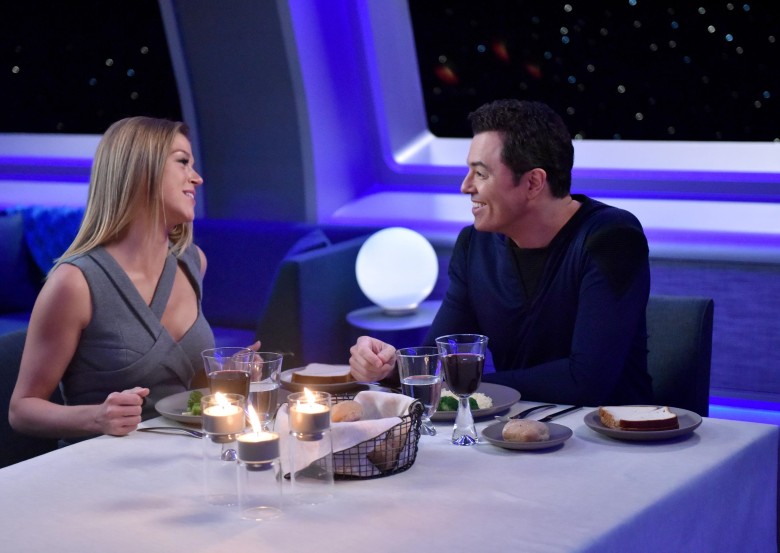 For a multitude of reasons, Ed should be stripped of the Orville, and if that was the season finale, then that would be an exciting show to watch. Instead we end the season on vague words of wisdom that don’t really add up to anything.
“Hey Ed, we shouldn’t keep banging because people get hurt by it.”
“OK, sounds good.”
“Kewl.”
End credit music.
That’s it, that’s the episode, and in a lot of ways that’s the series. Season finales are a chance to remind the audience the goals of the characters they care about it, or reveal hidden plots, or even make harsh changes. None of these are addressed in the ending, and in fact we spend more time on Isaac explaining to Kelly why it would be good if he made the most important choice of this season instead of her.

There will be some people that try to say that Kelly is a very self-sufficient/responsible person, so the very concept of a crew member hiding her blame and sharing her responsibility is the ultimate test. This is a stupid argument though because in the course of this episode, Kelly answers Ed’s circumnavigation of the regulations with circumnavigating the regulations herself – and disliking her own choice. Then why have her make that choice twice? It’s not a satisfying resolution if a character simply answers her problem with the same problem. It would be like if Frodo answered the call of the Ring by finding a Ring that was even more powerful and more demanding than the last one. Sure, he gave into his greed and lust for power at times – but now he can really do that. And if what drove Kelly insane was Ed covering for her out of love over duty, then she shouldn’t have allowed Isaac to take her responsibility – even if that meant her death. 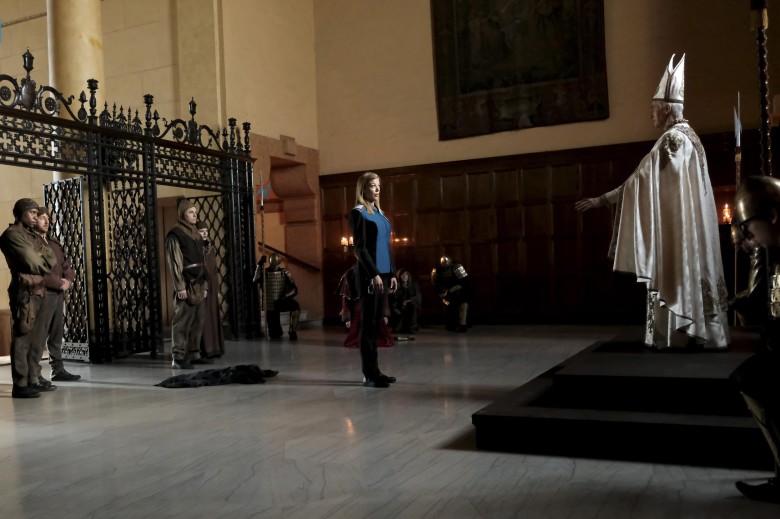 The rest of this episode boils down to rehashed plot. Remember that episode where Kelly was trapped by the religious right – who were out seeking power over a hapless population? Practically the same thing here. Due to strange problems with light speed, the crew of the Orville are able to witness psychological evolutionary change in a matter of minutes. An action that Kelly accidentally takes in the past, ends up creating a religion in the future, that leads to a parallel pope, with Kelly being heralded as a sort of Jesus – God on Earth. Unfortunately for them, all signs on this show point to Kelly being a Scientologist (seriously) with no need for your silly conventional religions or godlike distinctions. So, Kelly works to make sure that the planet learn from their mistakes of exalting herself. Instead, Kelly’s forceful approach to the situation leads to religious strife and the deaths of many people, forcing Kelly to make a choice: go down herself, over a period of 700 years (of which she’ll die), or send Isaac. They decide to send Isaac. Everything’s fine. Hooray.

In twelve episodes we’ve had at least three “religion is bad” motifs and it kind of makes you go… why? At what point does unique perspective become bland topic, and I get it, there’s a war going on with science and religion, but like I said, Kelly seems to be a Scientologist. Plus, shouldn’t the Orville focus more on the problem with “divine intervention” than just “religion is bad?” For instance, The Orville surmises that religion was created by ancient aliens that bring a sense of divine intervention that can actually be described as superior technology and reasoning. Shouldn’t then the focus of this episode be on divine intervention – that you can’t change the past, and you can’t even change the present or the future – because when you do, you disrupt the balance of the universe. The theme of The Orville then isn’t to skirt regulation or redefine command – it’s to work as a science vessel, observing and recording, and desperately trying not to start a butterfly effect. Hopefully, the second season will realize this.