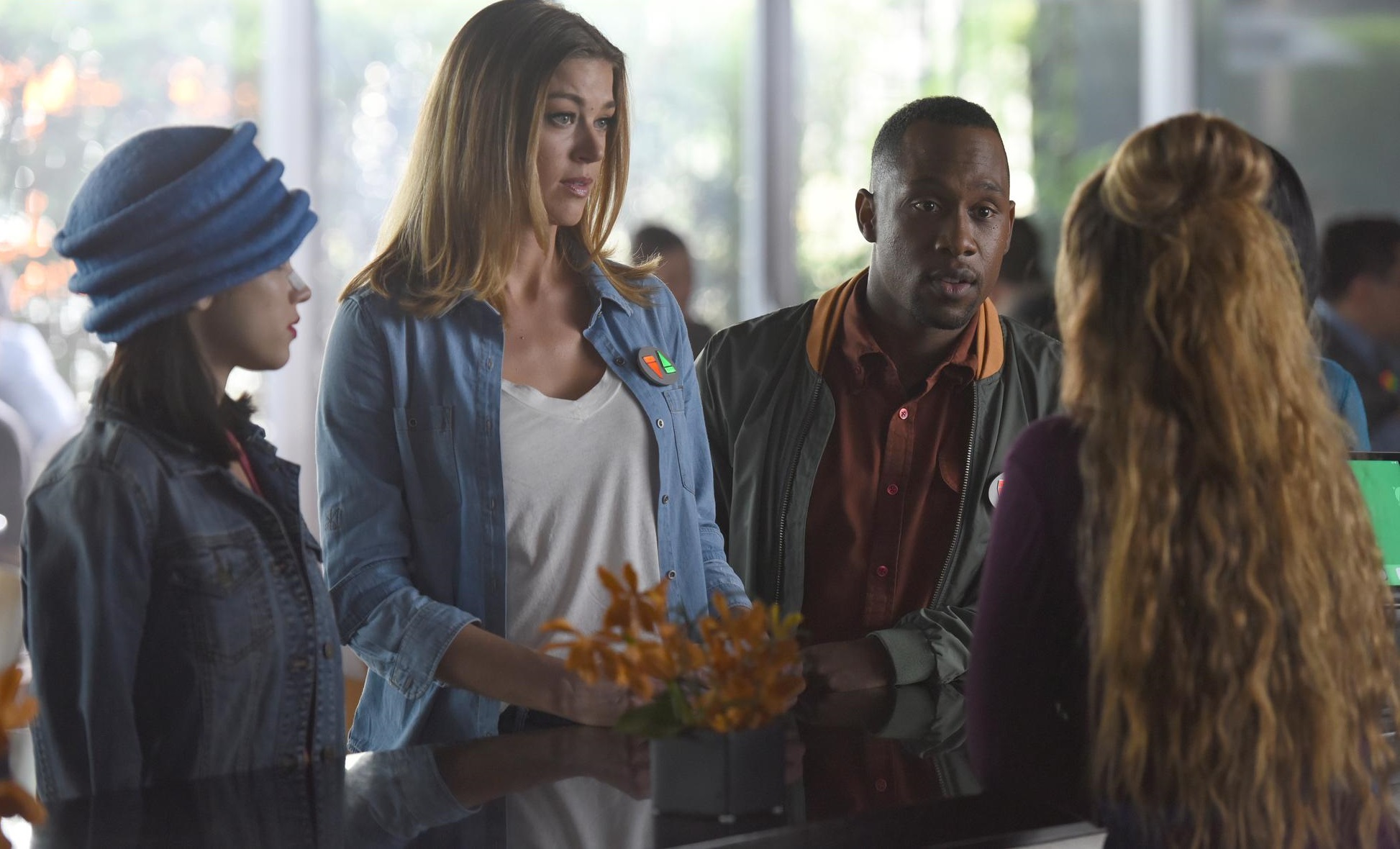 This week’s episode of The Orville is particularly frustrating. For a (routine?) extraction mission, Captain Mercer decides to send three humans and an alien down to a world stuck in the 21st century. We know it’s the 21st century because they use money to buy things! It gets worse when it’s not Alara’s appearance that causes an upheaval, but Lamarr grinding on a statue of a revered figure for no reason. In a world dictated by click on rating systems and social media, the viral video becomes proof of a crime, and Lamarr is arrested. When the dumbfounded crew, led by Kelly, talk it through with a barista named Lisella, they find out that there’s a lot about this world that they don’t know. So why go there with so little information? And how is this an extraction job if you don’t even know what you’re extracting from?

For all the dumb jokes they attempt to make, this is straight up the most pretentious show on FOX. Ed decides that after a few disastrous PR attempts, Lamarr will die unless he intervenes. At first, I thought he was going to blow up the planet like he did the Krill ship, but he’s sort of learned his lesson. Instead, Ed decides to forever alter the intelligence, if we can call it that, of a planet. He plans on introducing Lisella to space age technology. If you’re like, “Why’s that bad – this is a 21st century girl in a 21st century world,” then explain to me this 21st century world doesn’t see a spaceship parked right outside their planet. 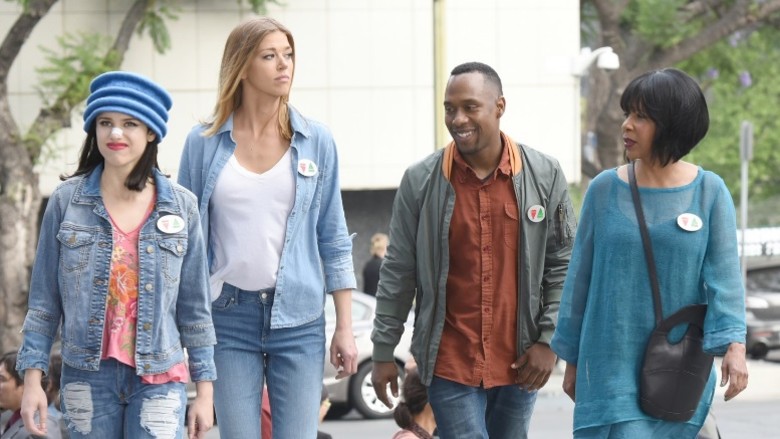 Ed invites the barista Lisella up to the ship and asks her to run an impromptu PR campaign for Lamarr. You know, because trained professional PR people can’t do anything for Lamarr, but this barista can! Not only does she a do a great job (for no reason) and save Lamarr, but this is especially impressive given the circumstances. She’s never seen, let alone been, on a spaceship before! And then manages to hold it together enough to save a man’s life in front of his friends. All the while the crew are like expecting nothing less from her. For instance, when Lisella sees a spaceship for the first time, everyone is like, “deal with it.” When she finds out there is a parallel world to her own, everyone is like, “No duh, idiot.” When she doesn’t know what to tell her people back home about this encounter, they literally say, “Tell them to be better.” Excuse me, but this barista just saved your lead navigator from forced lobotomy and you’re acting like you can’t be bothered? If Ed was a better captain, or the doctor picked better friends to extract, or Lamarr didn’t grind on a statue – maybe then things would’ve gone fine to begin with.

I also can’t help but feel like The Orville has taken too many pages from The Star Trek playbook. At this point, the show is what the RZA would call, “shark biting,” along with many other choice words. It’s not an homage if you’re just stealing entire concepts and putting them in your framework. I get that Star Trek doesn’t have a monopoly on “what if” storylines that seek to satirize or comment on our world today. But at least Star Trek had the creative decency to go a step further and show how Ancient Rome, or a Klingon ritual, runs parallel to an absurd traditionalist practice that modern society should progress away from. Placing those same type of scenarios about our world, yet setting the stage in our world comes off as nothing but lazy. What are you trying to show us? That social media in all aspects of life would be bad? Yeah, no shit, dude!

The other thing that this episode unfortunately did a great job of pointing out is that the cast feels too large for the stories they’re trying to tell. I can’t remember the last time the entire main cast ventured together. I also can’t remember the last time I’ve seen a B-Plot on this show. This is a problem because the perspectives on this show have been narrowed. We rarely see the crew interact outside of saying “What up,” and although I’m a big fan of “What up,” it doesn’t really tell me how Bortus feels about Isaac. 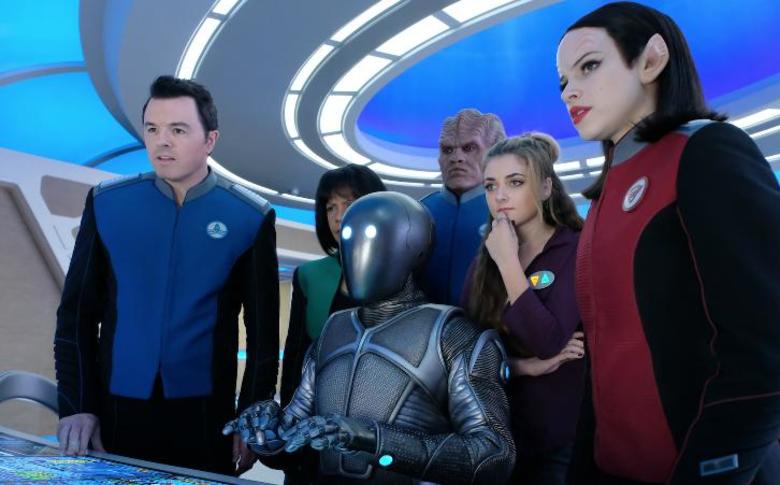 The writing is on the wall. The Orville will never make sense. They constantly break their own rules and disregard previous relations and actions. It’s hard to understand where this show takes place. Obviously space, but is this from our Earth or a parallel one? Because if so, why is it so hard for a bunch of Army/Scientist/Diplomat/Scouts to be like, “Oh this is a society based on Facebook, an old social media app.” In fact, when Gordon Malloy compares this to American Idol it actually works! It’s like, yeah, this is clear cross promotion and American Idol is even a little dated by today’s standards, but this is totally a judicial system based on American Idol. But the goodwill earned is burned, because moments earlier he craved a “Manwhich” and I genuinely don’t understand who that reference is for.

So many episodes in and I still can’t tell you why we’re here. What is the point to this show outside of hopping around and getting into bad situations. If it’s to tarnish the reputation of The Federation, or imitate Star Trek as blatantly as possible I would say The Orville is doing a masterful job. But if it’s to bring new worlds into the fold, run the occasional Federation mission, or simply make first contact in the unknown regions, I would say Captain Ed Mercer should be stripped from command.