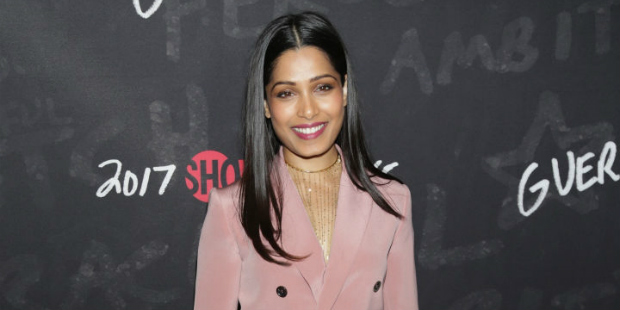 Hulu drama THE PATH has tapped Freida Pinto for a series regular role in the upcoming third season. Production began this week in New York with the 13-episode season set to debut in early 2018.

Pinto has been cast as Vera, a sleek new publicist for the Meyerist movement, who forges a personal connection with Aaron Paul’s Eddie, but may have her own secret agenda. The series centers around a family in the midst of a controversial movement struggling with relationships, marriage, and power.

The series was created by Jessica Goldberg, who executive produces with Jason Katims and Michelle Lee.

Pinto burst on the scene after starring in the Oscar-winning film Slumdog Millionaire and more recently has starred in the Showtime drama Guerrilla. She will next be seen in Andy Serkis’s Jungle Book.

She is repped by CAA and Principal Entertainment LA.