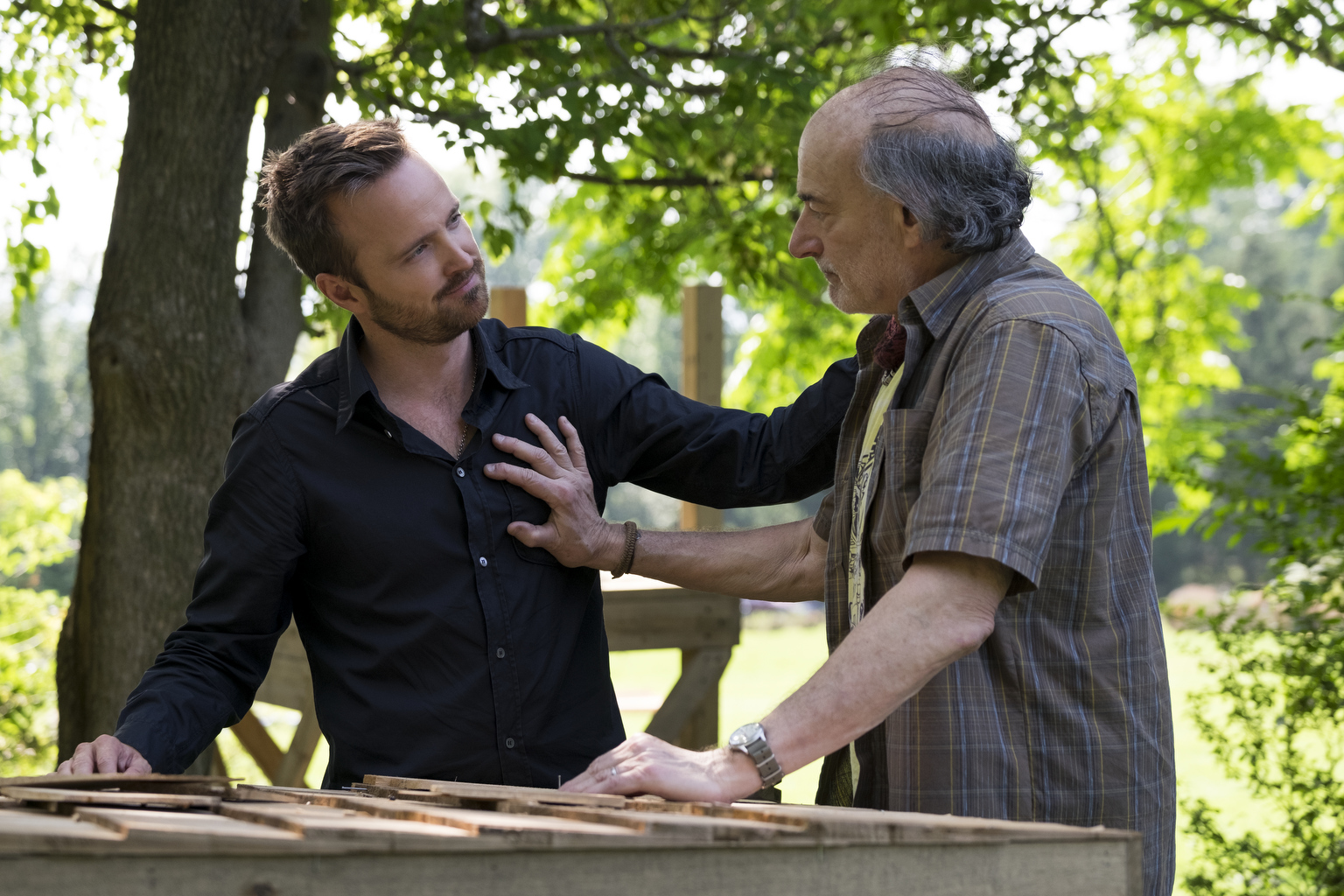 It’s never a good sign when characters seem to be treading ground they’ve already covered earlier in a series, but that’s just what seems to be happening with Eddie and Sarah these days.  They oscillate between two polar opposites of belief, each finding themselves in a situation the other once occupied.  Eddie is now a Guardian of the Light, which just last season was a position in Meyerism Sarah laid claim to.  At one point it was Eddie who believed the tenants of Meyerism were born out of lies, but now that he’s the new savior, Sarah is the one discovering Meyerism to be a farce.  These shifts back and forth grow tiring.  Not only do the characters seem to be stunted and no longer capable of growth, but it feels like the show is just spinning its wheels.  It’s frustrating to watch.

For a moment it felt like Sarah was going to make real progress, break free from the beliefs she’s been shackled to her whole life, and finally live outside of the lies of Meyerism.  What about those texts she found in the cave?  Professor Jackson realizes they’re earlier drafts of The Rungs of the Ladder Steve was said to have received by divine intervention.  The problem is there are two sets of handwriting that seem to have created these drafts.  Sarah knows it’s the woman, Lilith, from the movie she found of Steve, and this knowledge shakes the very foundation of her lifelong belief.  Meyerism, and what they are told about its creation, is a lie.  What does that leave her with?  She’s dedicated her life to this, so if she doesn’t have Meyerism what does she have?  This realization gives her an excuse to abandon herself to desire, and she ends up sleeping with Jackson.  It’s while she’s in bed with him she misses an important call. 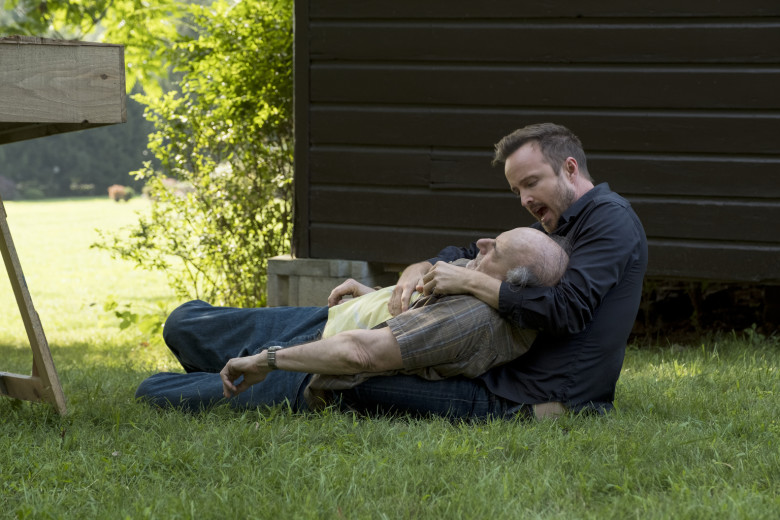 Sarah’s father Hank has always been the most understanding and accepting of the Meyerists even when Cal was in charge and the religion was more strict.  He secretly visited his daughter, even after she was banished from the cult, and he never shunned Eddie like the others did.  His kindness meant a lot to Eddie, which is why he wants to send Sarah’s parents to France to oversee the new Meyerism headquarters.  It’s something nice for them, like a paid vacation to show Eddie’s appreciation.  Hank’s excitement is cut short.  He collapses while building a tree house for Summer, and dies of a heart attack.  The loss shakes Eddie to his core, but it does something far worse for Sarah.  It yanks the freedom to leave Meyerism out from under her.  She needs to believe her father is somewhere in an afterlife, like the Garden.  If Meyerism isn’t true, does that mean Hank is nothing more than a pile of ash?  The thought of it all being meaningless is too much for her.  She has to believe.  She craves for belief again, and begs Eddie to help her find it. 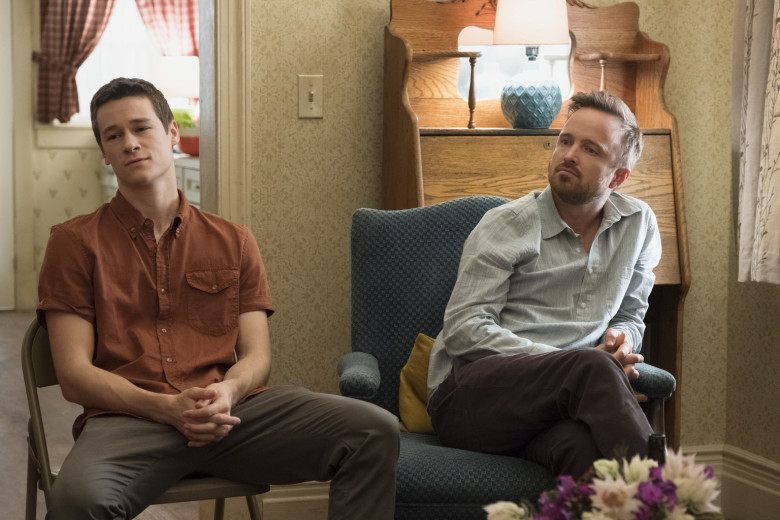 Hawk may be the most fickle character in a show full of them.  This kid is all over the place, unsure what he believes one minute, a fervent believer the next, willing to leave Meyerism for a girl one season, in a homosexual relationship the next.  It feels like Hawk doesn’t have a personality of his own.  Instead he changes himself to be whatever the people he surrounds himself with want him to be.  Right now Caleb wants him to be his boyfriend, and it looks like Hawk wants the same thing even though his girlfriend is (still?) out of the country on a religious retreat.  There has to be a time where this kid figures himself out, finally decides what he wants for once and goes after it, otherwise his subplots continue to be more and more painful to watch.

Mary does something interesting this episode that aligns her almost perfectly with Cal. Still upset her father stole the money she got for selling Harold’s championship rings, she buys some heroin, finds her father, and gives him a lethal overdose, killing him.  Now she and Cal are both murderers.  Cal doesn’t know anything about her theft of the rings, but he sure as hell finds out when Harold comes charging back into their lives.  Harold is always a ball of tension liable to explode at any minute.  He wants Cal to help him track down the rings, and once they do, things get out of hand.  The man who purchased them makes a deal with them.  He’ll give the rings back as long as Harold takes him to a game and out for dinner, but he then says something Harold doesn’t like.  Harold snaps, nearly killing the man.  Cal needs Vera to take care of the problem so it doesn’t come back to Meyerism, and she does.  In return Cal hands over all proof Steve was a pedophile, thereby losing his leverage over the movement. 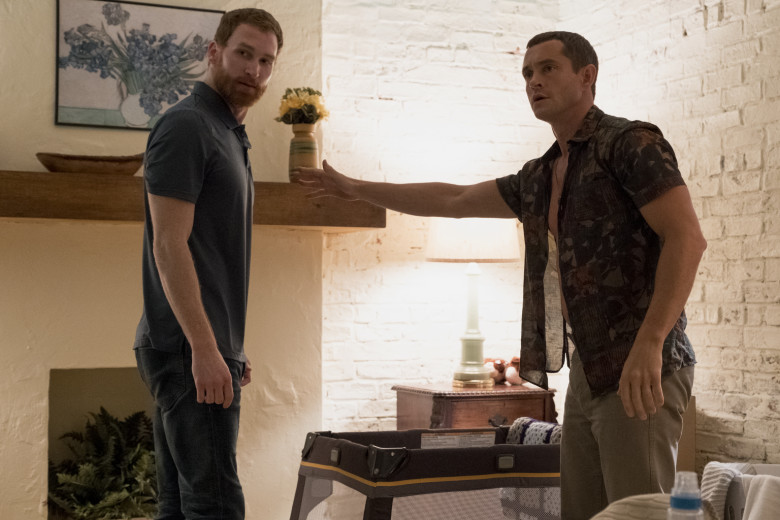 There are seven more episodes of this season of The Path, and to be honest I don’t know how they’re going to use all of that time in an interesting way.  The only thing really going for this season is the doomsday cult led by Lilith and Vera eventually coming into direct conflict with the Meyerists.  If this plot doesn’t have the wow factor it needs to keep The Path interesting, I may have to wander off the path for good.