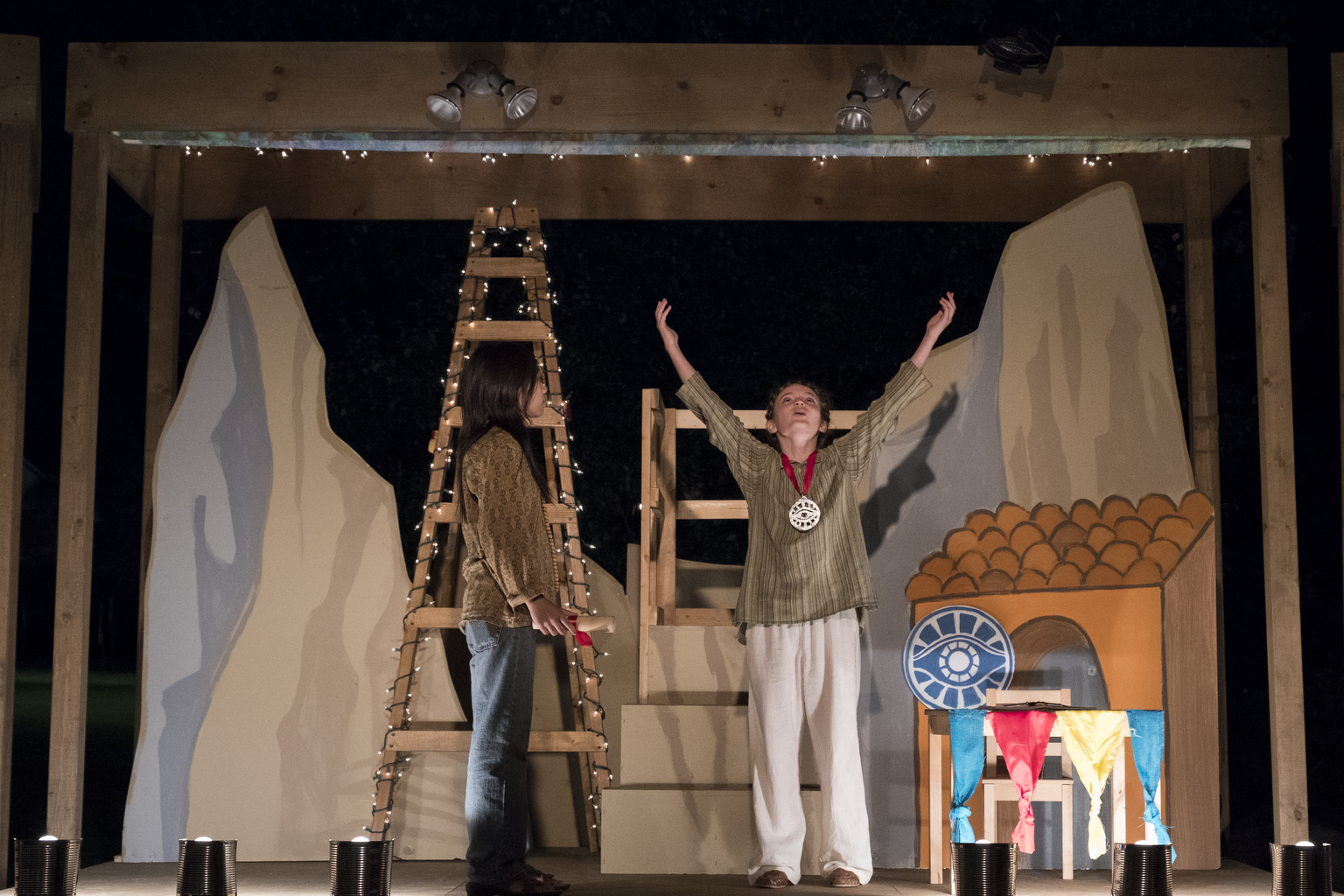 Meyerism is in a precarious position at the moment.  Eddie is expanding its reach, trying to make it a legitimate religion in the world’s eye, while at the same time Sarah realizes some ugly truths about Steve and how Meyerism was formed.  There’s been a balancing act between Sarah and Eddie ever since The Path started.  One of them is always questioning their faith while the other is in the fervent throws of belief.  In season one, Eddie was the unbeliever, cast out of the Meyerist compound, and nearly shut out by everyone he knew and loved.  This was back when Cal ran Meyerism, and the group had the attitude of people either being for them, or against them, with no middle ground.  Everything has changed with Eddie in charge.  There’s now room within the religion for doubt and questioning of ones belief.  Sarah’s discovery of Steve’s bondage film and the appearance of Lilith in it, changes how she views the religion she was brought up in, and her questions end up threatening her relationship with her kids and her parents. 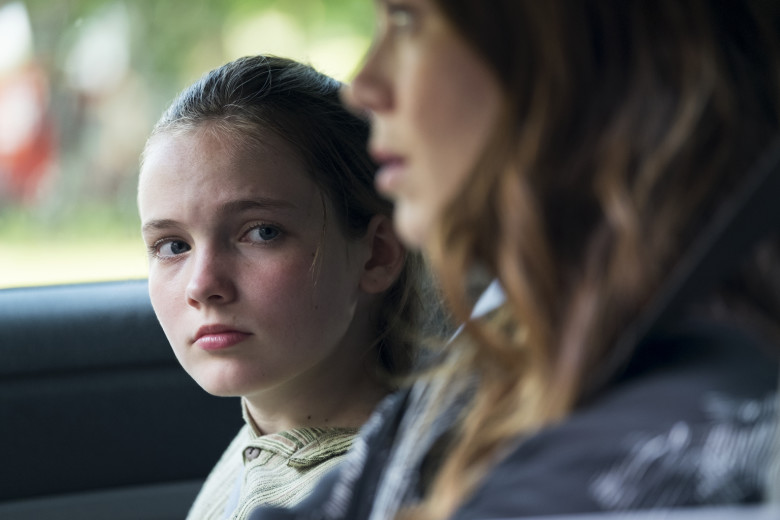 I’m curious about the dynamic between Eddie and Sarah.  They’re always on opposite ends of the pendulum of belief.  When one thinks Meyerism is a load of crap, the other is all in on the movement.  If they were to ever find themselves questioning their beliefs at the same time, would they be able to walk away from it and start a new life?  Sarah was once a Guardian of the Light, or co-leader of the movement, while Eddie wanted nothing to do with it.  Now that he’s the Chosen One, hand picked by Steve, Sarah is the one who realizes their religion is based on lies.  Given Eddie’s position as the leader of Meyerism, is it even possible for him to lose faith?  If he did, as the public face of the movement, would he even be able to leave it behind?  Clearly Cal would take Meyerism and run with it if Eddie were not around, which means either Eddie has to completely destroy the movement so it ceases to exist, or Cal would need to go to prison or die in order for Eddie to leave Meyerism behind with a clear conscious.

Whether it’s true or not, progress is being made inside the movement now that Eddie is in charge.  He’s changing the way Meyerism is perceived, and he’s in the midst of a nation wide tour, visiting the faithful, and drumming up support in communities all around the nation.  This isn’t the kind of work Eddie enjoys, but it’s exactly the kind of thing that Cal relishes.  He’s blackmailed Vera into allowing him to be Eddie’s warm-up act at each stop on the tour.  Eddie reluctantly accepts Cal’s new role because he has no idea Cal holds his molestation by Steve over the movement’s head, but he’s growing uncomfortable when Cal goes off script.  He knows Cal is devious, and has experienced being on the receiving end of Cal’s schemes in the past, so Eddie flexes his authority and continually puts Cal in his place.  If he alienates Cal enough, Cal could prove to be a dangerous enemy.  Sarah knows what he’s capable of, but Eddie’s still in the dark about the murder. 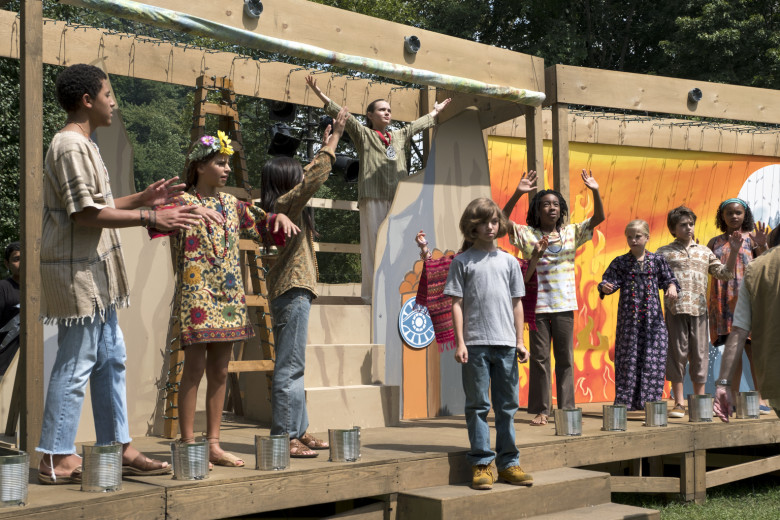 Sarah’s doubts and fears that her lifetime religion is a farce, spill into her daughter Summer’s role in a Meyerist play that’s part of a tradition of children coming into adulthood in the movement.  Watching the glorification of a pedophile and liar makes Sarah’s skin crawl so much she pulls Summer out of the play.  The repercussions are immediate; Summer is angry with Sarah, and Sarah’s mother, who is directing the play, is also profoundly confused and hurt by Sarah’s actions.  Forbidding Summer from being in the play also further drives a wedge between Sarah and Eddie.  It ends up pushing Eddie emotionally into doing something dangerous that he wouldn’t normally do, leave the comfort of his fellow Meyerists and go alone with a man who desperately pleads with Eddie to help his daughter.  Her decision also leads her to find the cave that Steve’s bondage film was shot in, and she discovers some secret writings hidden within.  Will they shed light on Steve’s true nature? 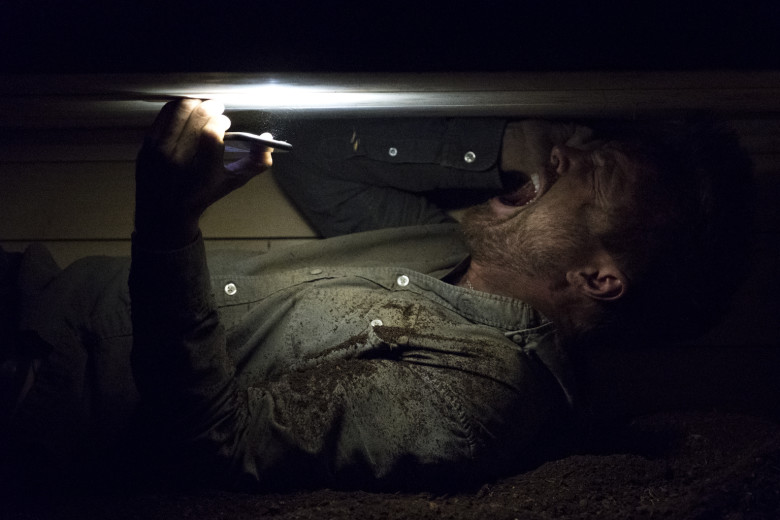 Going with that man is nearly Eddie’s undoing, and he learns a big lesson after leaving without telling anyone.  The man plays on Eddie’s sympathies, and his desire to help the man’s daughter, but things get awkward fast inside the man’s house.  A drink Eddie graciously accepts is dosed with something that makes him drowsy, and on a trip to the bathroom he quickly learns the man’s daughter is no longer alive.  She took her own life, and the man blames Eddie as the face of the movement.  He intends to revenge his daughter’s death by killing Eddie, who wakes up trapped in a wooden coffin, buried in the earth.  Cal, suspicious of the man, follows them to the man’s home, arriving just in time to figure out what’s going on.  The ability to either save Eddie’s life, or let him die, puts Cal in a moral quandary he’s momentarily unable to make a decision about, while time is running out for Eddie’s oxygen supply.  In the end he saves Eddie’s life, not because it’s the right thing to do, but because he now believes Eddie owes him a debt.  Cal will surely attempt to cash in this debt at the most inopportune time, but will Eddie be held captive to Cal’s nefarious plans?