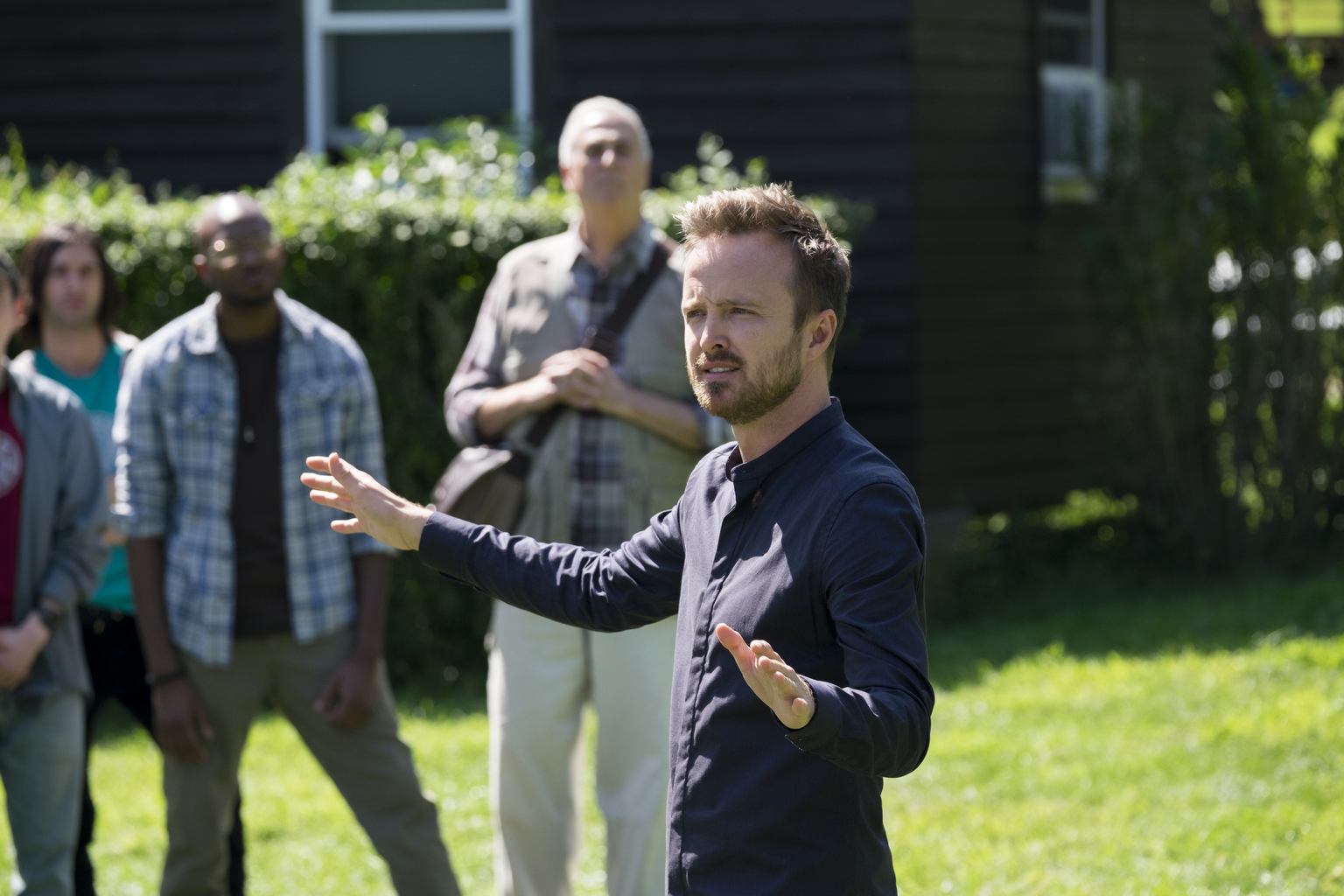 There’s been way too much going on in Eddie’s life to focus on the broader responsibilities of leading a religious movement, and he knows this.  How can he simplify his life, and those of his fellow Meyerists, to make it easier to focus on the light?  In the clutter of daily life, there are always things we keep with us, habits or tendencies that don’t do us any good, and instead distract us from things that are important.  These are things Eddie wants his fellow Meyerists, himself included, to give up as a sacrifice to the movement.  It’s a way of refining themselves, and recommitting themselves to The Light.  The idea comes from Eddie’s own struggles, but his commandment to give something up holding you back doesn’t hit the right notes with his own family at times, and he ends up being the focus of resentment from both Hawk and his brother in law Russell. 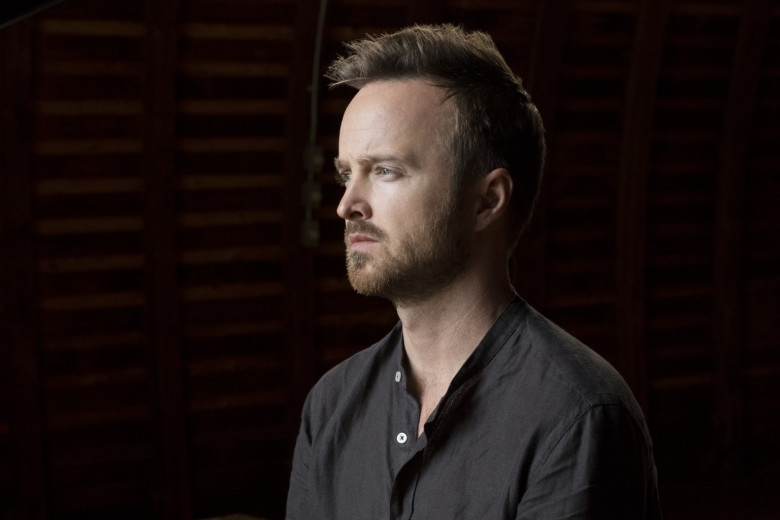 Sarah is nowhere to be found during Eddie’s announcement of “The Refinement”, even though he’s gathered together all of the top people in the Meyerist movement to explain it to them.  Her absence doesn’t go unnoticed, and Mary and Cal find a strange excitement in the knowledge she’s at a bed and breakfast with a man other than Eddie.  No one really knows what Sarah is up to while she’s away with Professor Jackson, but she’s continuing the search for John Kordjak.  This is the name she saw in her hypnotic vision and then found written in the texts of Steve and Lilith’s journals.  Sarah believes this man may be the key to helping her locate, or find out the truth about Lilith.  This mini-vacation isn’t all Professor Jackson thought it would be.  He finds himself playing second fiddle to Sarah’s search for the truth about Meyerism, and doesn’t enjoy the feeling of being used.  It’s too bad, because he really cares for Sarah, he just can’t stick around when it’s clear she invited him along with ulterior motives, so he walks out on her.

Hawk’s relationship with Caleb is something he’s been trying to keep under wraps while he figures out what’s really going on with himself.  Only a few people know the true nature of their relationship, and he wants to keep it that way.  The problem is Caleb had a relationship with an older closeted man from his father’s church, who Hawk and Caleb run into while out at a gay nightclub.  Hawk and the man have a pointed conversation that ends up biting him and Caleb in the ass when the man tattles to Caleb’s father, who ends up confronting Eddie about the nature of their son’s relationship.  It comes as a complete surprise to Eddie, but he’s supportive of Hawk and Caleb, while Caleb’s pastor father thinks something is wrong with the boys.  He blames Hawk for turning his son gay, and thinks he’ll be able to convert his son back to heterosexuality.  The interaction makes Eddie realize he has no idea what’s going on with his own family, and when he tries to speak to Hawk about it, it creates an awkward divide between the two, leaving Hawk resentful. 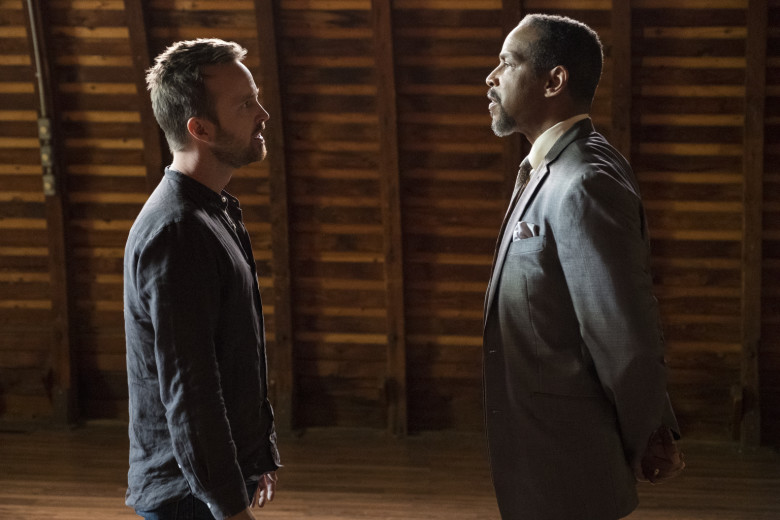 There’s an interesting dynamic between Sarah and Vera in this episode, they appear to be switching roles.  Sarah is gradually leaving the Meyerist faith and actually searching for Vera’s mother Lilith, while Vera is distancing herself from her mother after learning some hard truths about her during her time with the Meyerists.  After Eddie fires her, Vera attempts to have a life outside of both Meyerism and her mother, rekindling a relationship with her ex-husband Remy.  It doesn’t work out, and her mother manipulates Vera back to her.  It’s exactly what Vera needs to push herself away from her mother once and for all, and she ends up running back to Eddie to convert to Meyerism.  Sarah leaves Meyerism at Eddie’s behest (he gives her up as his refinement sacrifice) and finds herself at Lilith’s door.  In a weird way Sarah seems like she’s about to take Vera’s place as a surrogate daughter to Lilith, while Vera looks like she may end up being a surrogate wife to Eddie. 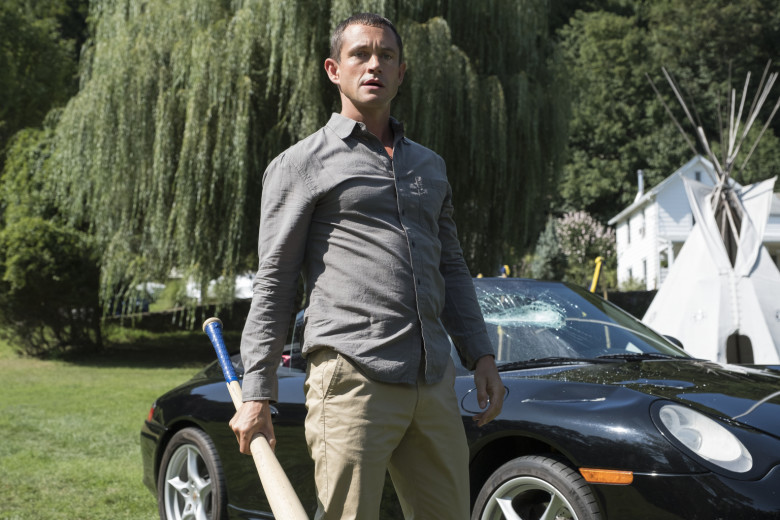 Cal struggles between lording over Eddie the fact that Sarah has left him, and accepting the closer relationship the two men seem to suddenly have.  His confusion is deepened by J.P.’s gift of a brand new Porsche right when Eddie has asked everyone to give something up for the movement.  Mary encourages Cal to keep the car and to continue to cultivate followers for his future splinter movement, but Cal is seduced by the idea of being in Meyerism’s good graces again.  He even helps Eddie figure out what’s holding him back, what he needs to give up, as well as the insight that it’s Sarah pushes Eddie to let her go so he can grow personally.  Instead of keeping the car, Eddie makes a big show of giving it up for his refinement sacrifice, driving it right in front of the entire congregation and smashing it with a baseball bat.  It’s a big sacrifice, but is it all show, or is Cal coming around to Eddie’s side?