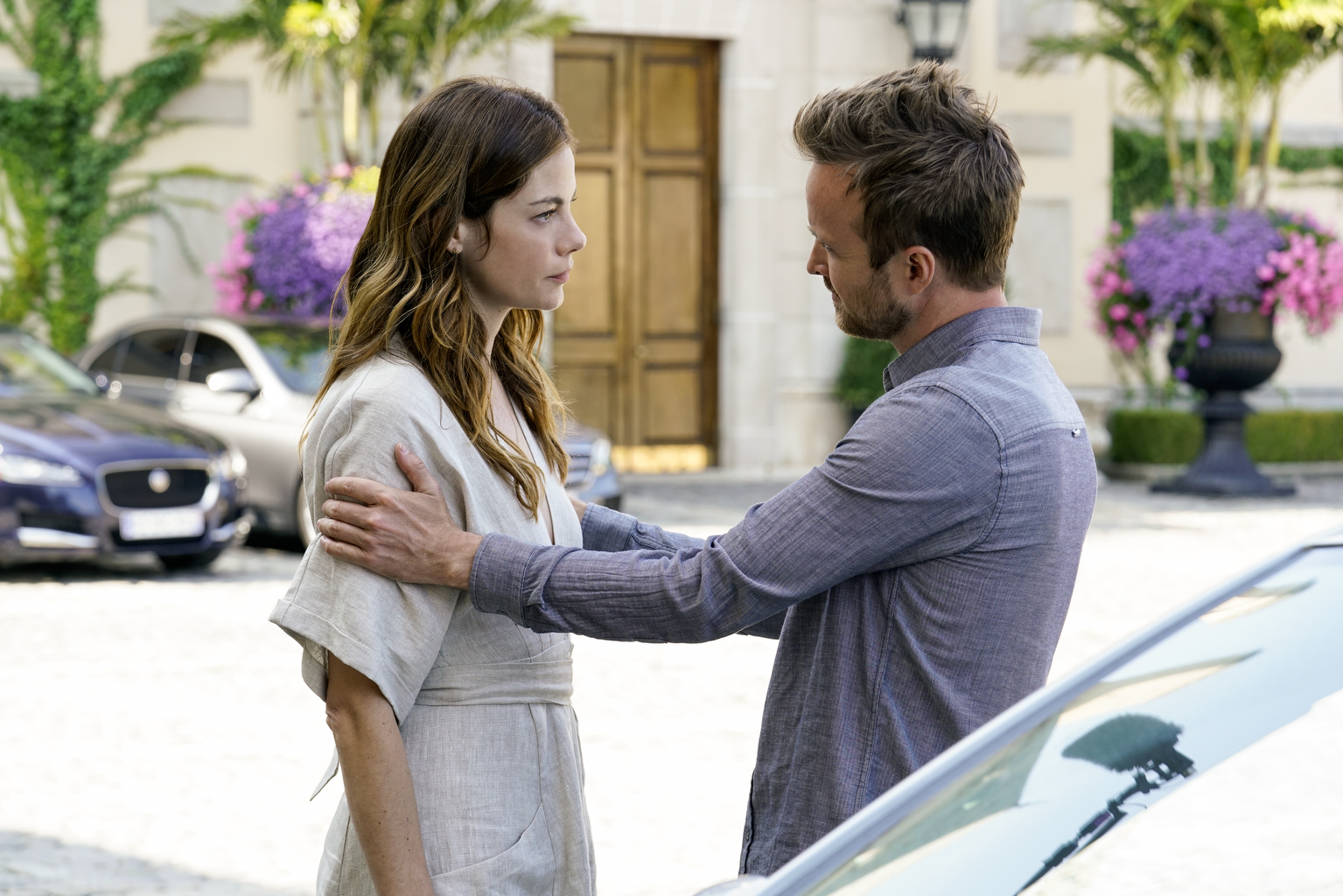 The Path finally gets into meatier story territory by bringing the simmering tensions of the creation of Meyerism and the underlying dangers of the conflicting personalities of the Meyerist movement to the forefront in the latest episode.  My biggest gripe with The Path has been its tendency to retread over territory and storylines it’s already covered.  I’m not sure how many times I can watch Eddie, then Sarah waffle over the some problematic aspects of their shared religion without ever figuring anything out or changing directions.  Instead of moving on or moving out of the movement, they only repeat the same mistakes over and over.  It’s frustrating to watch, but the saving grace this season has been Vera and her mother Lilith’s role in the origins of Meyerism, and Lilith’s dark doomsday cult, which is on a violent collision course with Eddie and Meyerism. 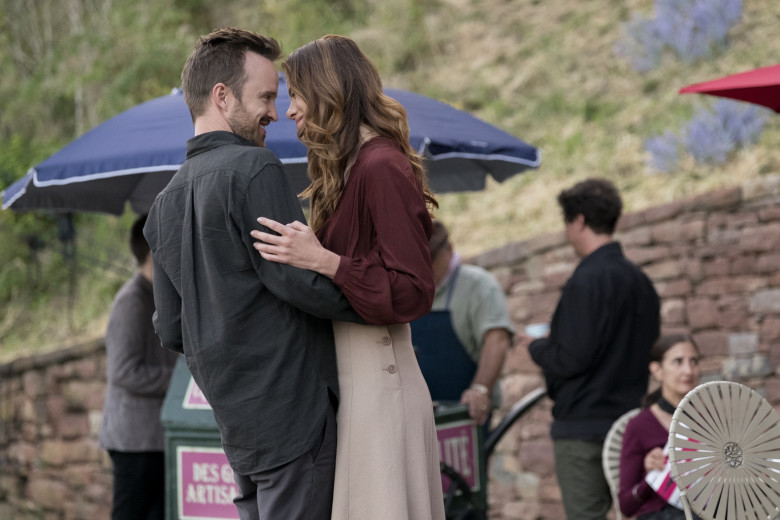 When we last saw Sarah, she was begging Eddie to help her find her way back into the light, desiring to believe once again in Meyerism the way she did before she began questioning Steve’s role in its origin.  Things aren’t going well with that.  While they’re in France to dedicate a new immaculate Meyerist center donated to them by a wealthy man named JP, Sarah continues to struggle with the contents of Steve’s diaries.  The more she reads, the harder she finds it to believe in.  Every expression on her face, turn of her mouth, and look in her eyes betrays the fact she’s frightened of how the religion of her youth has started to look the more light she shines on it.  Her detachment distracts Eddie.  He hopes to reconcile with her, to rebuild their relationship, and find love once again.  There are moments when Sarah forgets herself momentarily, like when she and Eddie visit the Gardens of Giverny that her father Hank spoke so lovingly of.  They lose themselves in the moment, dancing and laughing, but when Eddie is about to go in for a kiss, her defenses come back up.  The hardest part of fixing their relationship is that Eddie is the spiritual leader of a religion Sarah finds impossible to believe in.

Eddie brings Cal and Mary along to France as a thank you for saving his life.  They both believe Eddie is about to announce that Cal will be the leader of the new European center for Meyerism, but it’s clear something else is taking place, only they are both too deluded to recognize it.  Vera has been acting as her mother’s spy ever since she began working as the secular liaison for Meyerism, and she’s also been planting the seeds of discord her mother wants in place to fulfill her prophecy of the destruction of Meyerism.  This situation puts Vera in an awkward position.  She loves her mother, but doesn’t necessarily believe in her religious visions.  Vera’s also in love with Eddie, but knows her mother’s plans call for Eddie to die.  The push and pull of her mother, who may or may not be crazy, has Vera mentally all over the place.  When Eddie asks her to look into Lilith for Sarah and tells her about the writings they’ve found, cracks begin to form in the once solid facade she keeps up.  Vera finds herself even more confused after Eddie announces Felicia will run the European Center (after Vera’s prodding on behalf of her mother), and Felecia tells Vera why Lilith was kicked out Meyerism so long ago … it was for burning her baby daughter so badly she had to go to the hospital.  Vera realizes she’s that baby, and her loyalties to her mother began to sever. 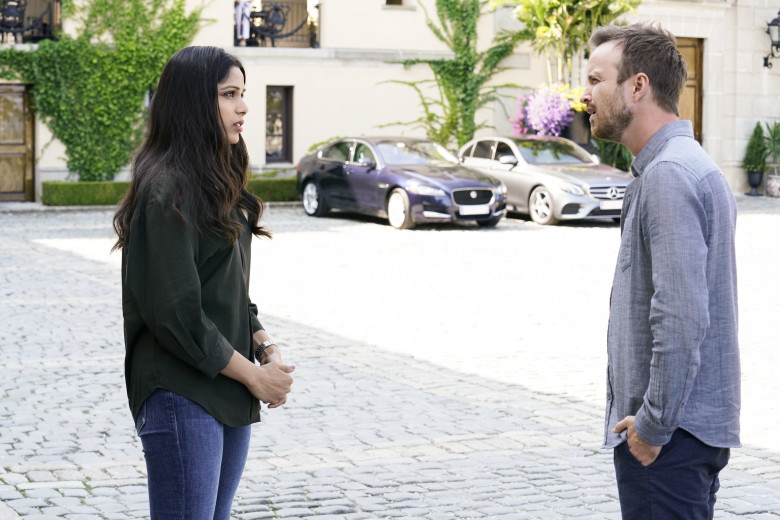 With Felicia now the leader of the European Center for Meyerism, Cal begins cultivating JP as a follower by making Eddie look bad.  He pushes JP to do something incredibly awkward, demanding a miracle from Eddie and publicly goading him to climb a ladder set on fire to show himself to be a god among men.  It backfires spectacularly, leaving JP vulnerable to Cal’s manipulations.  If Cal can’t take the movement back, he’s going to begin amassing his own followers, with the plan of creating a splinter Meyerist group that’ll follow him once he breaks from Eddie.  The stunt with the ladder leaves Eddie incredibly angry with Vera for allowing a spectacle like this to happen while she’s supposed to be in charge.  He feels he can no longer trust her anymore, so he fires her.  When Cal finds Vera and Mary drunk together he sees the scars on Vera’s back, and instantly understands who she is.  Will Cal play a part in Lilith’s plan to kill Eddie (he’s already killed once before to keep power) and take over the movement?  Is it possible he can co-opt Lilith’s movement, or will become a victim to it? 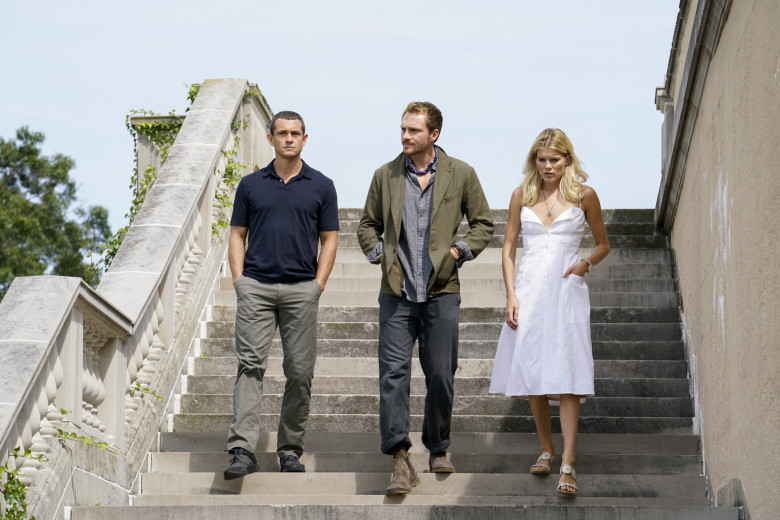 This was one of the stronger episodes of the season, and it helps to set up the growing conflict between Eddie’s version of Meyerism, and Lilith’s vengeful version.  It gives me hope that The Path may be able to deliver an exciting end game for the season despite spinning its wheels for most of the last six episodes.  It’s been exciting to see that Sarah has become a detective, searching the diaries for traces of Lilith and who she was to Steve at the beginning of the movement, and also searching her mind with the help of a kind stranger who puts her in a hypnotic state to find the truth about Lilith and Steve.  Will what she sees in a dream state lead her to find out the true origin of Meyerism?