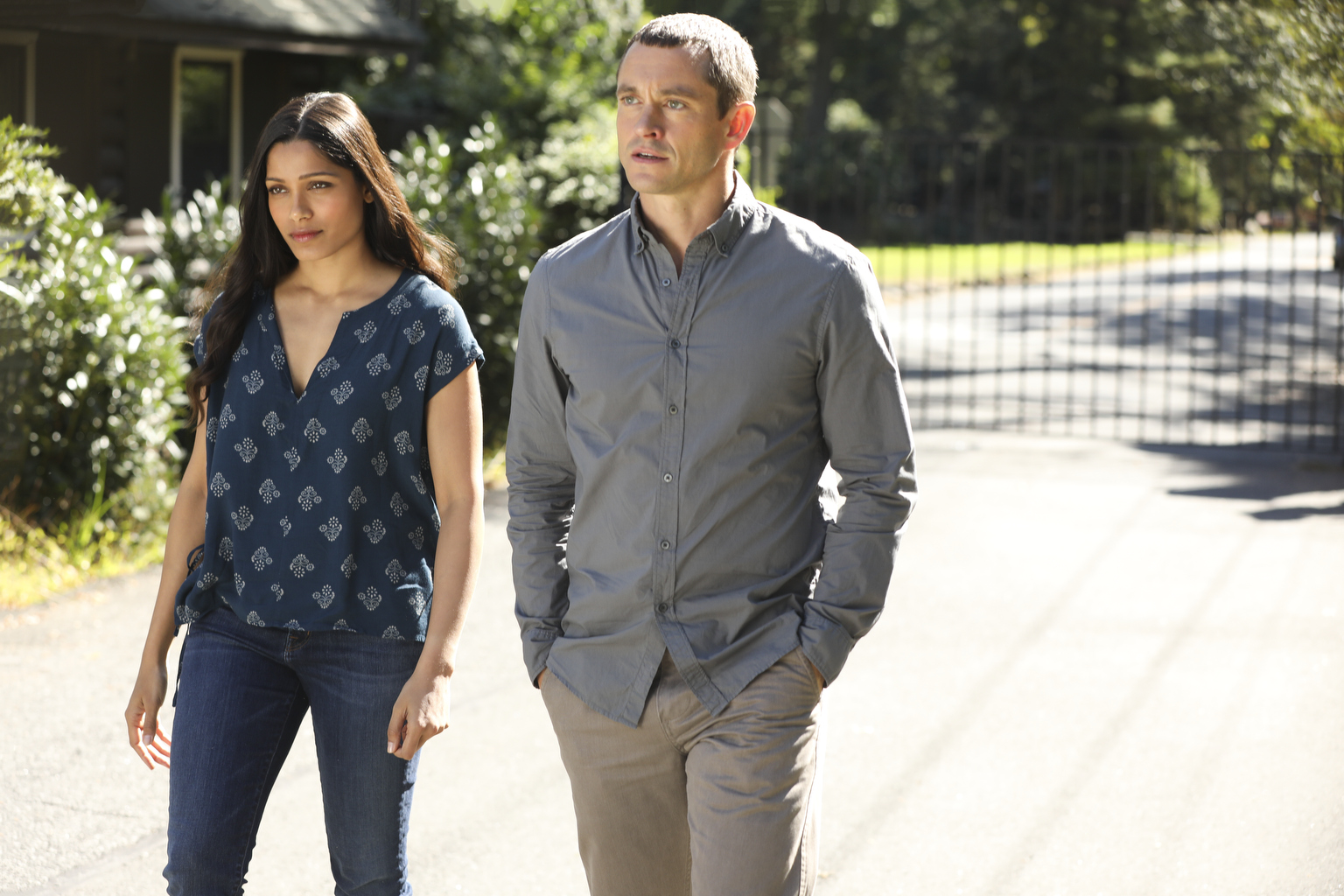 Vera has been living a highly secretive, compartmentalized life for a very long time.  It’s only recently that she finally broke free of her mother Lilith’s control, and now that she’s in a relationship with Eddie the truth could destroy everything.  She’s been instrumental in pushing Meyerism to new heights, and it’s been all according to her mother’s plans.  The higher Meyerism climbs, the harder its fall will be, which is the sweetest revenge for Lilith.  She’s felt spurned by Steve and his movement since he cast her aside.  To say that Lilith is unhinged is an understatement, but she has a diabolical knack of convincing people of the truth of her visions, and now she’s done the same with Sarah. 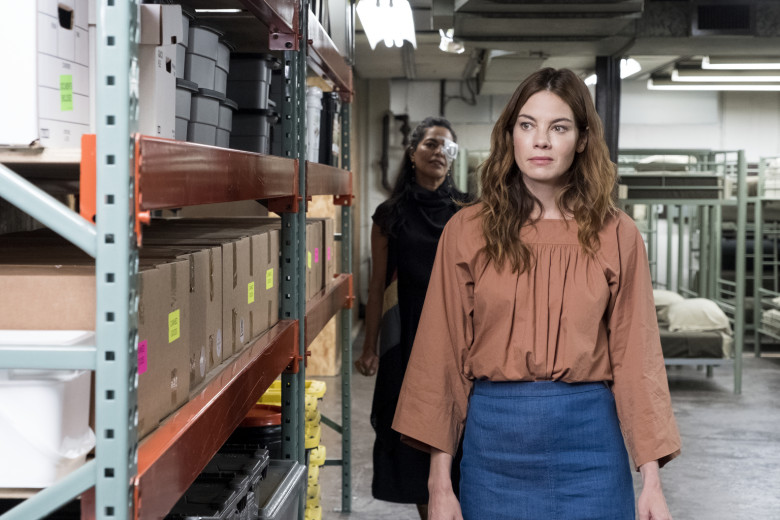 Sarah’s struggles to understand her religion, and seek for the truth of its origins, has been her main goal all season.  The problem is the more she’s learned, the harder she’s found it to believe.  After once being the co-leader of the movement, she soon found herself so estranged from the Meyerism Eddie preaches that she was basically asked to leave the movement.  Eddie pushed her out so he could personally move on, but in doing so he’s only really pushed her into Lilith’s arms.  With her own daughter not talking to her, Lilith has taken Sarah under her wings, shown her the truth of her visions about the end of the world, and has also allowed Sarah access to the underground bunker her followers have prepared for the end.  It’s apocalyptic stuff, and instead of seeing all of Lilith’s weapons and preparations and fleeing, Sarah is sucked right into Lilith’s orbit.  She so desperately wants to believe in something, that she’s unwittingly becoming a pawn in Lilith’s endgame of killing Eddie and destroying Meyerism.

Cal knows who Vera really is, and that they’ve shared a past that both of them have blocked out.  He desperately wants to understand what it is he can’t remember, and hopes that by revealing the tree from Vera’s memory to her, she’ll help him unlock his past.  Unfortunately it’s something she’s not interested in.  She’s worried the truth of who she is will undermine her new life away from mother, she convinces Cal not to speak of it to her again.  After Sarah shows up to convince Eddie to meet with Lilith, she persuades Cal to talk to Eddie and encourage him to leave the past in the past, and instead focus on the future.  Neither she, nor Cal, wants the movement to end, and they both fear if Eddie learns the truth about how Meyerism began he’ll shut down the movement.  Cal struggles with wanting to know what it is he can’t remember about his childhood, but when Mary suggests he go to therapy he scoffs that Meyerists don’t believe in therapy.  She reminds him they’re only pretending to be Meyerists, but Eddie isn’t pretending.  Meyerism is where he’s felt safe his entire life, and the thought of losing its protection frightens him.  It’s why he’s now more comfortable being a follower of Meyerism than its leader.  In a way he’s replaced Steve with Eddie, and looks up to Eddie for approval in much the same way he did with Steve. 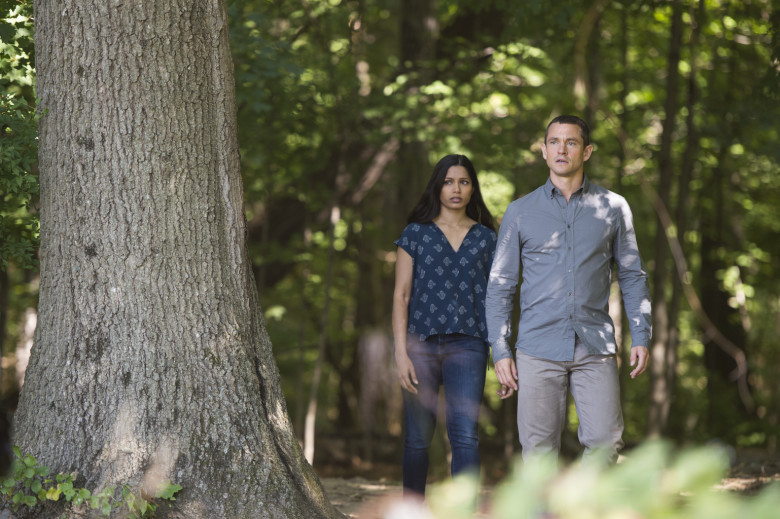 Hawk continues to fight against losing Caleb from his life.  This clearly isn’t just a fling to him, he’s in love with Caleb.  In order to find an alternative to the illegal, and immoral, religious gay conversion therapy Caleb’s father pans on sending Caleb to, Hawk finds a church that accepts everyone as they are.  He hopes he can convince Caleb his father’s views are wrong, and that there’s another way to be yourself and have your religion.  Things don’t go as he plans, and after he shows up unannounced to Caleb’s house to tell him about this church, Hawk ends up in a huge argument with Caleb’s father, screaming at him on their front lawn.  Hawk has always had a problem when it comes to his love life, the most interesting situation being when his mother made him choose between Meyerism and Ashley in the first season, which is mirrored here by Caleb’s father’s ultimatum to Caleb.  It feels like this relationship, and plotline, has run its course.  Perhaps I’m wrong and The Path writers have an interesting trick up their sleeves, but it doesn’t feel like it.  It’s beginning to feel like they’ve gone to the same well too many times, and don’t know what to do with Hawk’s character anymore. 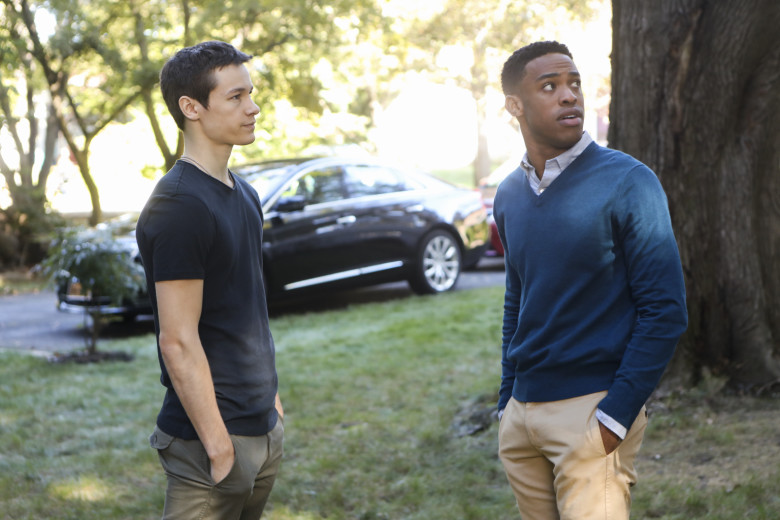 The most exciting scene of the entire episode happens when Vera decides to finally tell Eddie everything.  She’s scared he’ll reject her when he finds out how she came to the movement to enact her mother’s plans, and she’s right to be frightened.  It’s a big deception, but her admission is heart felt.  She truly loves Eddie, and it’s clear he understands this.  She begs him not to see her mother, but Eddie wants to confront the woman that’s done so many devious things to both Vera and Meyerism in the past.  He also wants to keep Lilith’s sick ideas from spreading to Sarah.  Will he be able to protect both women he loves from Lilith’s murderous visions and plans, or will he succumb to the assassination attempt Lilith saw in her vision?