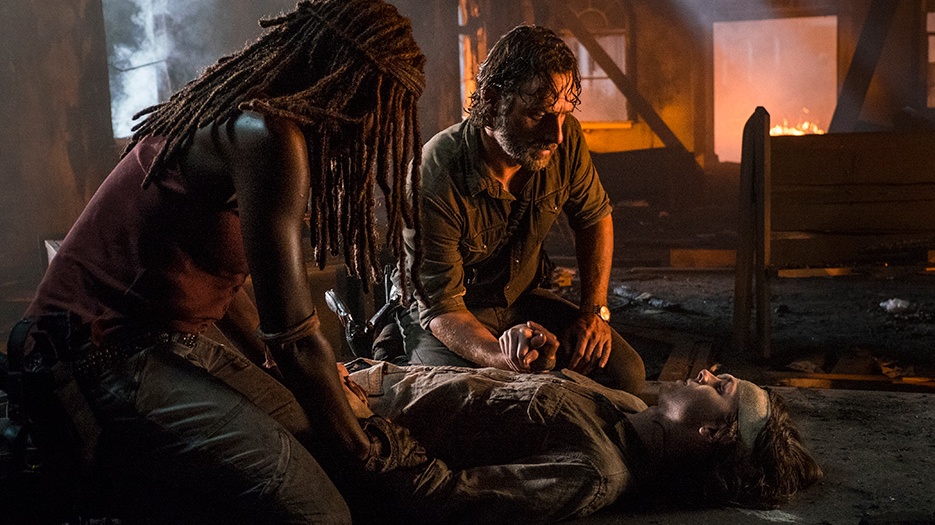 The Walking Dead says farewell to Carl as he considers the arc of his very short life in “Honor.” This was billed as a tear jerker but thank God it wasn’t. Carl dies but leaves a heavy print for his father and the others while the show perpetuates a clever piece of narrative. “Honor” plays a full hand of timeline cards. There is flashback to the horrendous moment Carl was bitten, flash forwards to old man Rick and a six-year-old Judith, little time steps forwards to Carl’s burial and baby steps back to the days before Alexandria is attacked. We get the burial scene, it’s inevitable, he’s bitten and dying.

The old man Rick scenes are idyllic. He walks through gardens with Judith at his side, playful and peaceful. They meet friends like Jerry, who stopped in to help Siddiq with the well. Eugene is there, baking apples with a solar oven. Even Negan is tending tomato stalks like the cool uncle with the inappropriate jokes. Six short years in the future. The recent past wasn’t nearly as rosy. 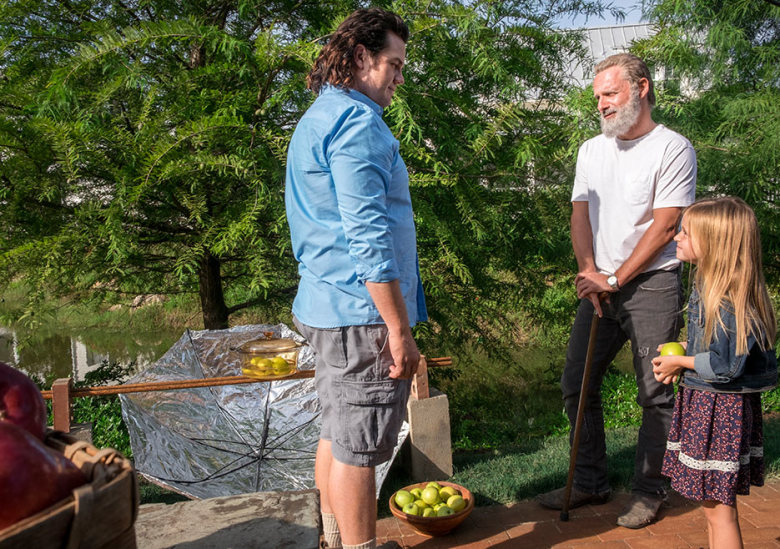 Carl gets bitten helping Siddiq sneak into Alexandria but he doesn’t tell anyone. He knows he’s going to die but Rick went off to lead his attack and Michonne also left to check the fall of Sanctuary for herself. Carl spends some time with Judith, writes a series of goodbye notes to loved ones, and takes several comfort items to Siddiq to keep him comfortable in his sewer pipe lair. Carl doesn’t live in a world with bucket lists but he does make every moment count. He has a solid hero slate but that one thing would be enough; he makes every moment count.

Rick, Michonne, Daryl and many other are trapped in the pipe as the Saviors demo every other house in Alexandria while Carl’s life winds down. Carl says goodbye to Daryl who reminds him he saved everyone in the pipe. He gives Rick his stack of cards and explains who Siddiq is and why he defied Rick and to help him out. Siddiq tells Rick he’s a skilled doctor and promises to honor Carl and what he stood for. Carl thanks Rick for raising him to be the boy he became but also challenges Rick to stop his war against the Saviors. 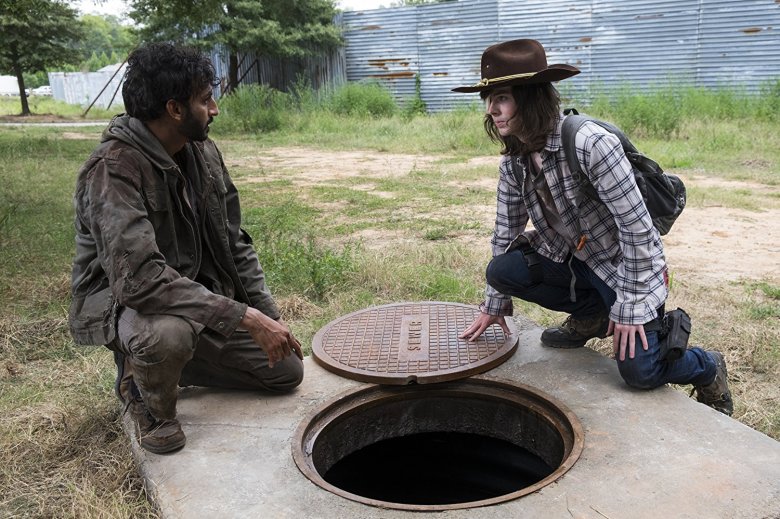 This is where we learn old man Rick’s world was Carl’s dream for a peaceful future. This thematic argument is pretty harsh. Rick has always tried hard, but he wasn’t able to save his wife or his son. Add to that, he killed his best friend in a dual of sorts. Carl, just a kid, has killed some people, but he’s also saved quite a few, besides Siddiq. Carl even pulls the trigger on himself to save Michonne and Rick the devastation of terminating him. Carl’s dream of peace is an excellent dream, but it’s still a child’s dream. The Negan’s and Gavin’s of the world could care less. Which brings us to Morgan, the King, and Carol.

Morgan spends his part of “Honor” stalking, killing, headed on a violent journey of darkness. It starts at his sniper’s positon across from Sanctuary and leads him to the walls of the Kingdom. Carol led the Kingdom’s people to a safe cottage, but returns to rescue King Ezekiel who is captured by Gavin and a squad of B-team Saviors. Gavin monologues and tough talks the King, but Ezekiel slowly gets his groove back. Meanwhile, Gavin’s team spreads out to scavenge the Kingdom’s goodies. Carol joins up with Morgan a moment after he sees young Henry sneak into the compound. 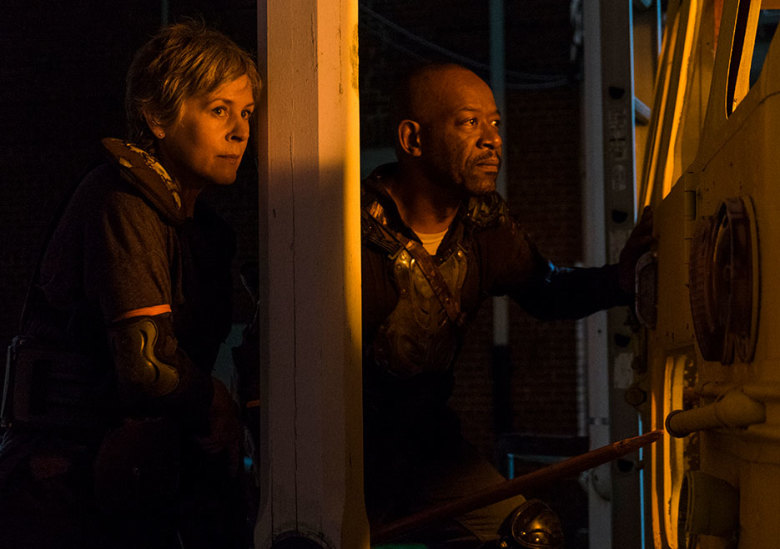 Morgan and Carol search for Henry and reduce Gavin’s team. These are two accomplished killers, but Morgan takes it a step further. He doesn’t want to leave any Saviors alive. They don’t find Henry, but Gavin eventually realizes a half dozen of his men are incommunicado. He grabs King E and the rest of his gang and heads into the theater. Ezekiel tries to get through to Gavin several times, reminds him he can still make a noble choice but Gavin just can’t hear it. This is when Ezekiel pulls the pin on another thematic bomb. He realizes that all the compromising deals Ezekiel made with Negan and the Saviors, which he thought were for the safety and lives of peaceful Kingdom people, were actually just for the safety and lives of Saviors like Gavin. The Kingdom was a pretty close reflection of Carl’s dreamland with old man Rick, as is Oceanside, but neither of them escaped tragedy.

Carol and Morgan attack the theater to rescue King E, Morgan literally rips the kidney out of one attacker and stalks wounded Gavin out of the theater, but they save the King. Morgan traps Gavin and plans to execute him, Carol and Ezekiel try to talk him out of it; less for Gavin’s life than Morgan’s soul. Henry pops up and kills Gavin himself, the man that murdered his brother just to be mean. They should have let Morgan do it himself and spare young Henry, but y’know, the road to The Kingdom is paved with naughty Saviors.

Rick only showed restraint for Carl’s sake. He still has Michonne and Judith, but it will be interesting to see how he responds in the episodes to come without Carl in the picture.