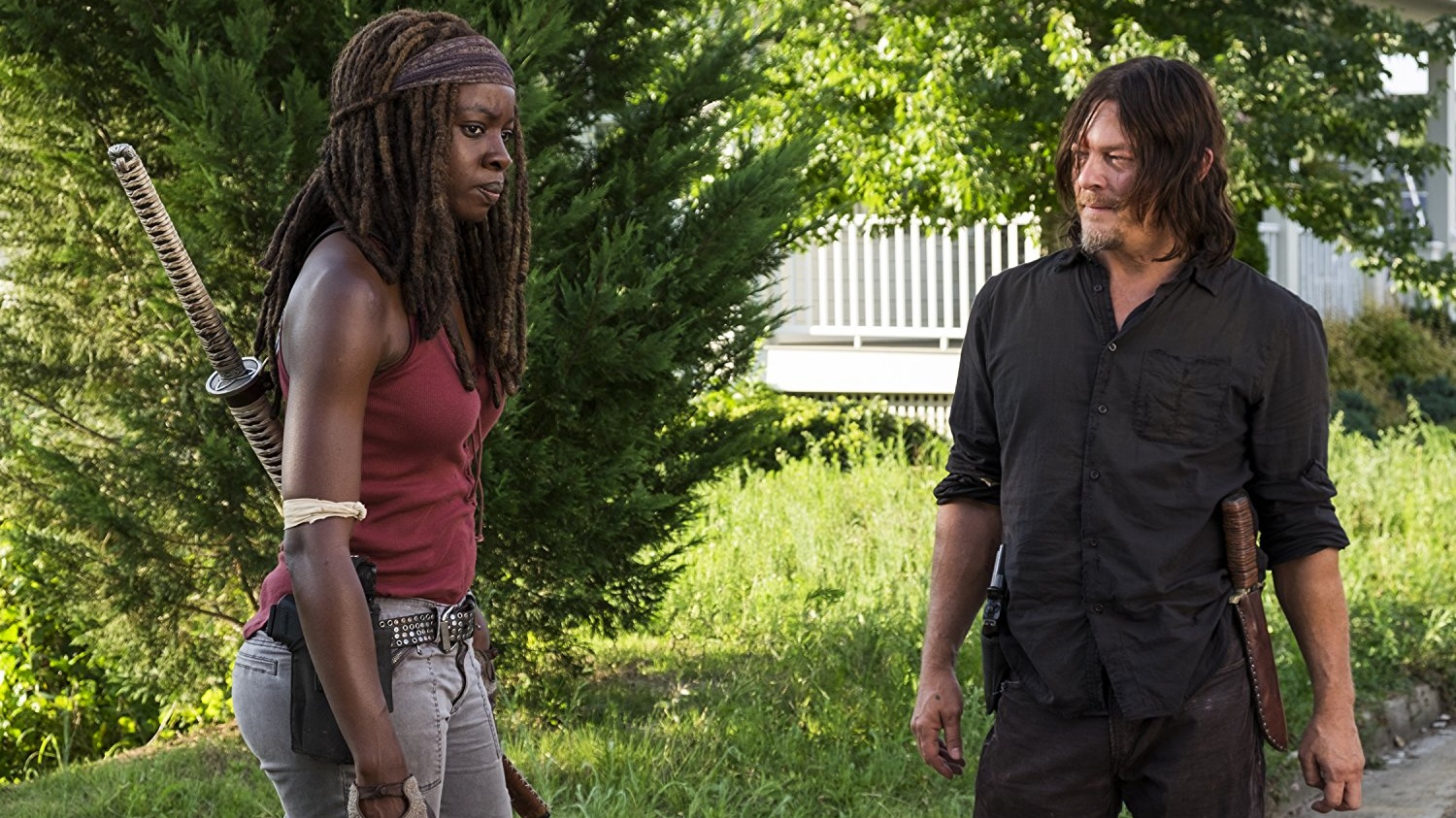 Negan escapes THE WALKING DEAD and takes the battle to Alexandria where he demands surrender for “How It’s Gotta Be.” This was a tough mid-season finale, packed with loss and dramatic turns. Last week Rick convinced Jadis and the scavengers to join the siege at Sanctuary but he shows up to a different scene than he expected. The snipers, lookouts, and everyone in radio range are missing. Rick starts taking fire from the windows and Jadis retreats with her people. A moment later, Carol and Jerry roll in as planned, rescue Rick and drive away to warn the others.

King Ezekiel reads the card from Jerry, still mired in his losses, when he hears saviors attack his gates. He flees the theater stage just as an armed squad led by Gavin enter looking for him. Gavin brings the group together in the courtyard and explains the new situation. First, they owe the saviors everything they make form now on. Second, The Saviors are moving in until people from the Kingdom rebuild their Sanctuary. Last, he needs to see the King. No one helps locate the King. Ezekiel forms a quick plan, sets off a huge explosion to distract Gavin and his men, then rolls a bus out to evacuate the rest of his people. 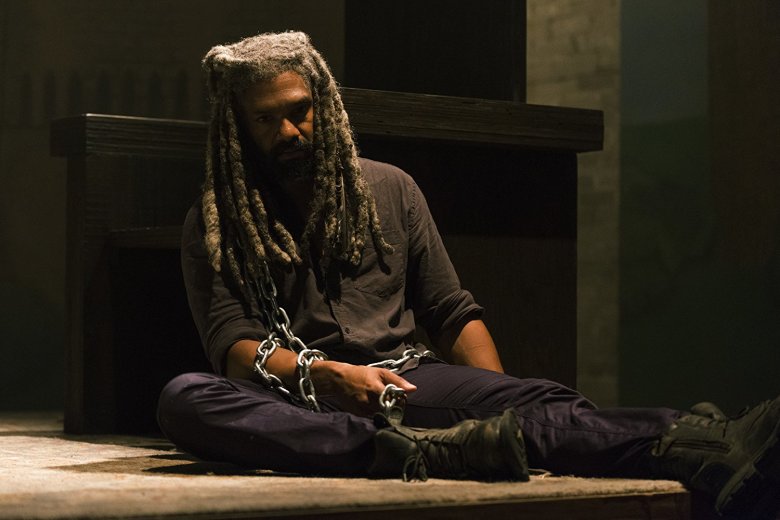 There is a very short and weird sequence with Eugen. He can’t sleep and his bedside wine isn’t helping. He cries in bed, we all know he’s in a tough spot. Eugene wakes up Fr. Gabriel and Dr. Karson after he prepares a car and escape route for them. Fr. Gabriel tries to get Eugene to leave for Hilltop with them, but he stays. For a moment, he decides Maggie and Hilltop need Karson more than Sanctuary. At this point, Eugene is capable of doing anything, which makes him an incredible storytelling tool. 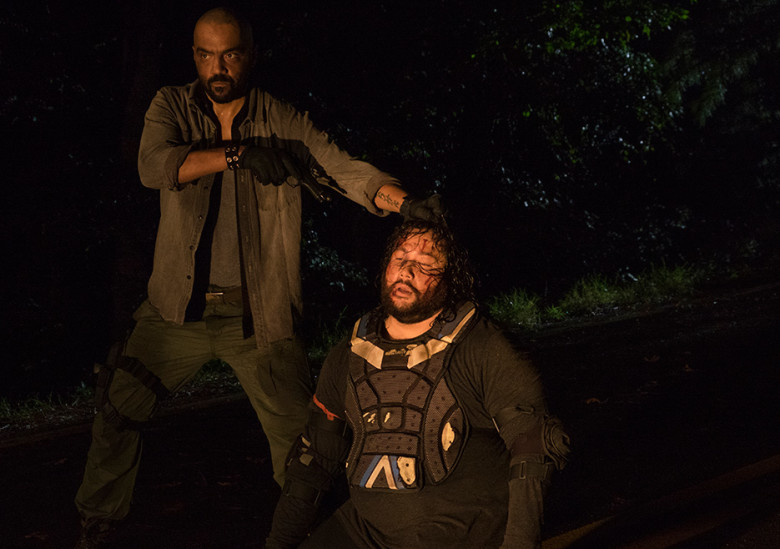 Jerry gets captured by Simon and his nasty band of Saviors. They put him in a truck, drop a tree across the road, and set a trap for Maggie, Jesus, and the Hilltop fighters on their way to Sanctuary. Simon quickly collects the weapons from the Hilltop crew and makes Maggie a pretty decent deal (using Jerry as a bargaining chip.) She can turn her convoy around and return to Hilltop to keep farming for the Saviors, or she can resist and Simon will start by killing Jerry, then beat her into a box he brought for the special occasion to murder and kill in front of Hilltop people later. Simon kills Neal to convince her he means business. Maggie agrees to turn her people around, but she asks if she can keep the box to bury Neal in. Simon agrees and lets her go.

Maggie has no intention of surrendering without a fight. She returns to Hilltop, picks mouthy Dean from her pen of prisoners provided by Jesus, and executes him. She puts Dean in the box and sharpies a message on the outside, “We have 38 more. Stand Down.” Back in Alexandria, Tara and Daryl both report their plan to crush Sanctuary worked. Then Negan rolls up to the walls with an assault crew and megaphone. Michonne knows they don’t have enough people for a proper defense. Negan gives them three minutes to surrender, but it only takes Carl a minute to form an escape plan  for the innocents. There’s no way around it, Carl is pure hero tonight. 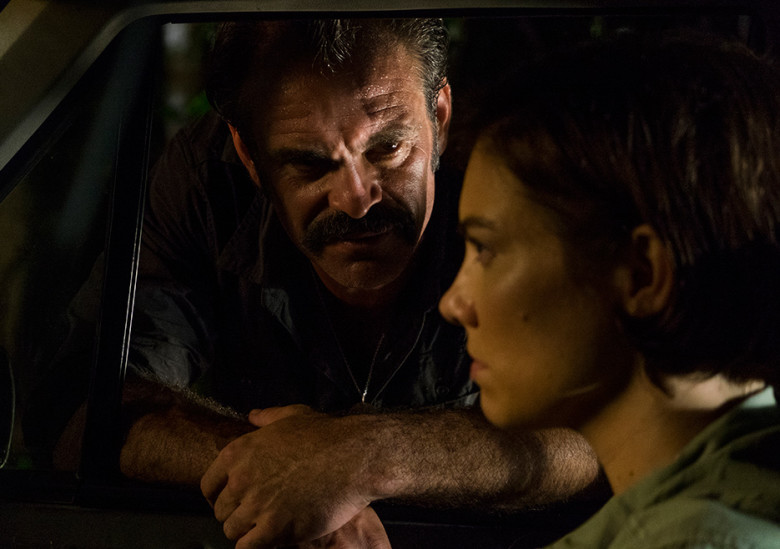 Carl goes to the main guard wall to confront Negan. Carl assures Negan Rick isn’t even there to turn over. Negan lays on the threat, someone has to die. Carl volunteers, if it will save the Alexandrians. He catches Negan off guard. Carl even challenges him, he asks Negan if this is the way, the man, he thought he’d be. Meanwhile, Daryl and Tara load a strike convoy, others take shelter below Alexandria. The convoy smashes through a rear wall and through a flimsy road block arranged by Dwight.

Negan sends Dwight’s team after the convoy while his group smashes through the front and begins destroying all of Alexandria. He tells his people to find Carl, not kill him, and bring him to Rick’s house where he’s going to eat spaghetti and wait for Rick. Sounds easy, but Carl is much more elusive than they figure. Dwight rolls his pursuit team right into Daryl and Tara’s ambush. Dwight barely escapes being shot by Daryl and his crew and he helps by shooting several Saviors. One Savior woman sees what he’s doing and shoots Dwight in the arm. Dwight signals Daryl when they’ve won, but there’s still a chance Tara or Daryl will kill him. 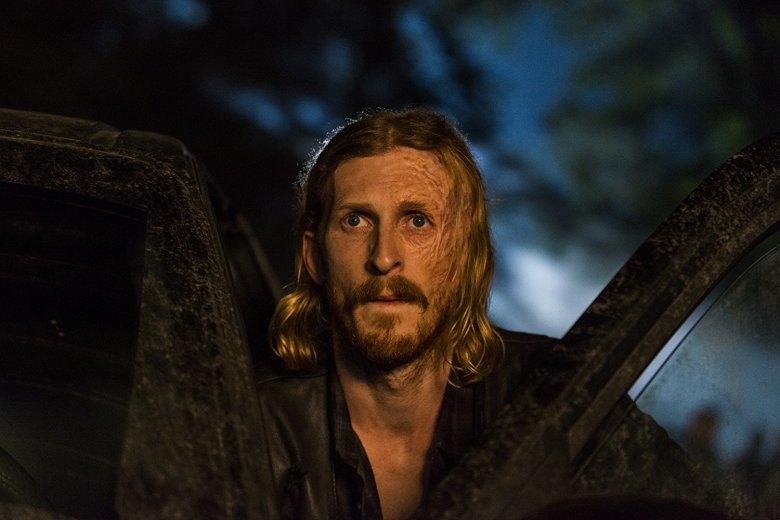 Daryl asks if Negan and the others escaped because he drove the truck through the wall, but Dwight says they escaped because of something Eugene figured out. They keep Dwight alive and take him back to Alexandria with them. Everyone is fighting tonight but Dwight makes a few really tough calls. That’s not taking anything from Maggie’s execution or the King’s surrender, but Dwight is on an interesting run.

Enid and Aaron are on their own tough little mission to Oceanside to ask for their assistance again. Enid suggests brining a gift, so they grab a loaded liquor truck. They stop for the night, just outside Oceanside, they know the women are dangerous enough during the day. Aaron wakes in the middle of the night and sees someone sneaking around the truck. Enid goes one way, Aaron goes the other and gets attacked by the stranger. Enid rounds the corner, sees Aaron on the ground and shoots the stranger. Then, the heavily armed Oceanside woman come out of the woods and surround Enid and Aaron. Enid killed grandma Natania. They were a longshot to begin with, I don’t see how Aaron and Enid escape this now. We won’t know for months. 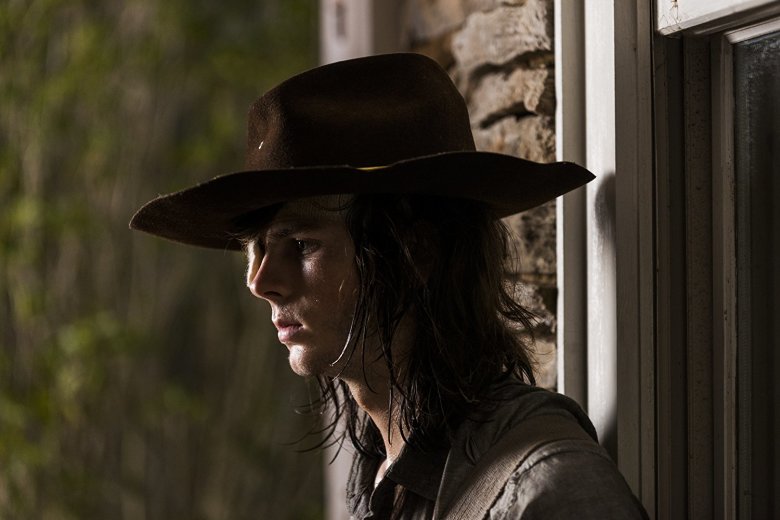 Rick sneaks into Alexandria as it burns and enters his house calling out for Carl and Michonne. Negan attacks from the shadows with Lucille. This is a brutal alpha-fight which ends with Rick smashing through a window and running off. A moment later, Rick runs across Michonne over killing some savior with her sword, way overkill. Michonne leads Rick to the sewer tubes where the rest of the Alexandrians are hiding. Daryl, Tara, Rosita, Dwight and many others are down there to include Siddiq and Carl. Rick is glad to see Carl, but he looks sick. Carl pulls back a bandage and shows a walker bite. Rick can’t save him this time. Carl didn’t die tonight which would have been a sour note for the break, but we know he doesn’t have much time left. The Walking Dead returns in late February primed with energy. What will Carl do with the time he has left?