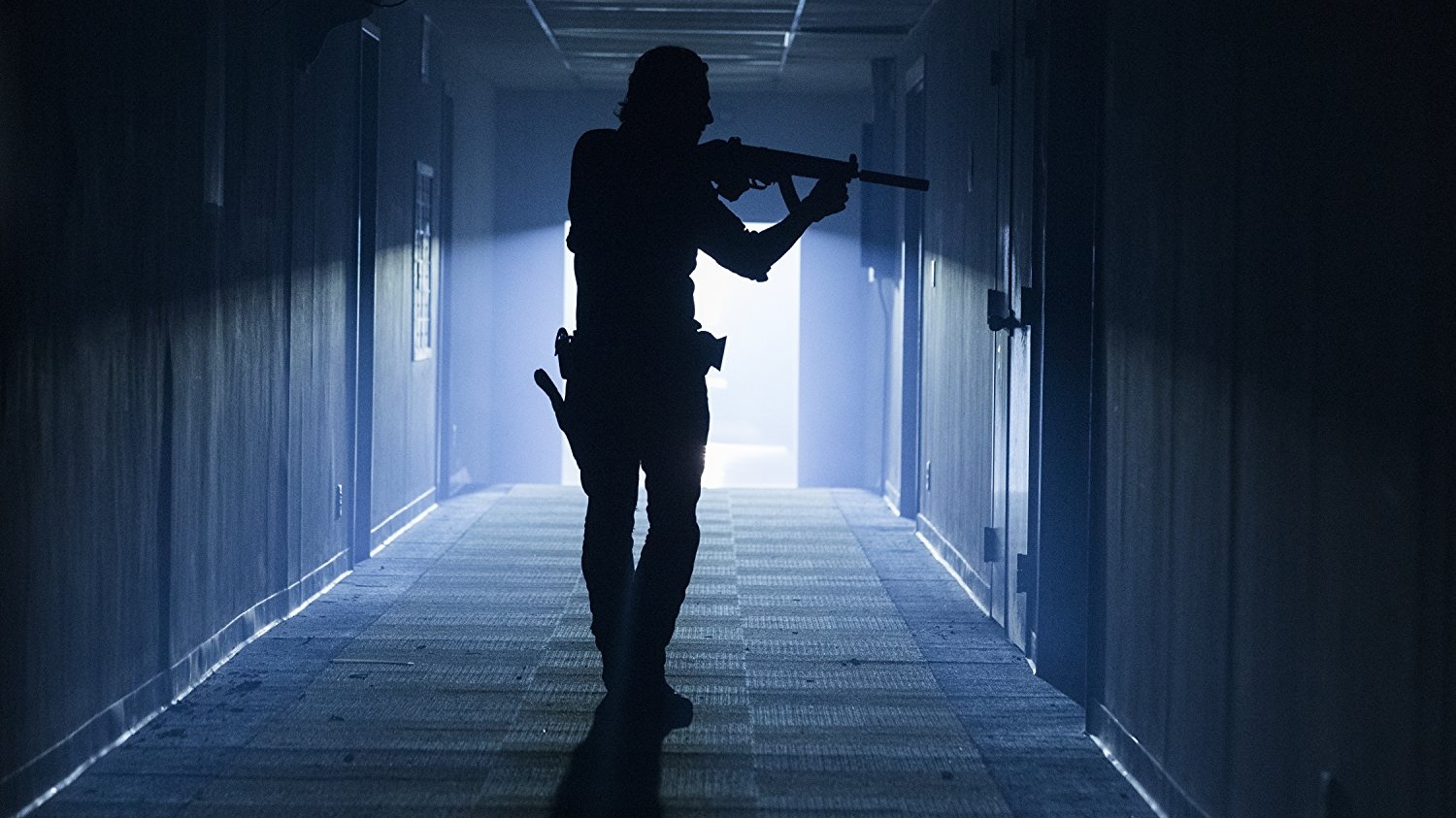 The Walking Dead rides the energy from last week’s attack with “The Damned.” This episode was pure action fun, with a few surprises, twists, reversals and screen time from the bench. “The Damned” concentrates on three separate assault teams. Rick and Daryl search for Negan’s weapons cache. Tara and Jesus lead a large group against the heavily fortified outpost. Meanwhile, Carol and Ezekiel recover from the grenade blast at the research facility. King Ezekiel rallies his team through a walker onslaught, but one savior guard escapes on foot. Carol and the King have a new mission; stop this mysterious savior before he can warn their next target.

Carol and King Ezekiel make an interesting pair. She knows he isn’t crazy and there’s no denying his results. He leads a competent force of loyal fighters as moral as any we’ve seen on the show. He makes frequent theatrical speeches to keep his team motivated and he doesn’t break when Carol points out the odds and difficulties in front of them. King Ezekiel responds, “And yet I smile.” Why smile? Maybe because anxiety is pointless. Fighting a tyrant’s army is its own reward. King Ezekiel is surrounded by treasure; his loyal soldier Jerry, the guardian angel Carol, and his magical cat. Neither Carol nor the King catch the wounded escapee, but Sheba does. She tackles him, shreds him, and finishes him with a playful Chianti. 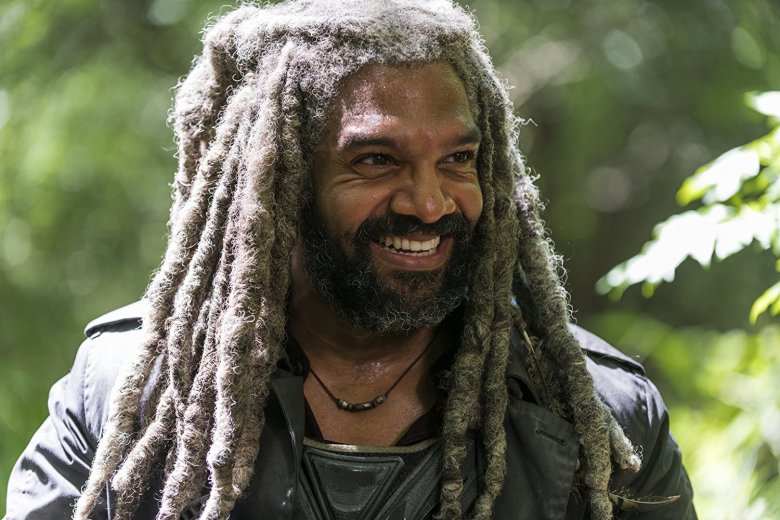 Rick and Daryl search Negan’s compound for a weapon’s cache. They use a map supplied by Dwight. Rick asserts all of Dwight’s intel has been solid so far but Daryl isn’t ready to trust his crusty doppelganger.They split up to cover more ground faster, and to split up the narrative. Daryl finds a little closet where Sasha, or someone else, was held prisoner. There’s a half-eaten sandwich and a set of cuffs shackled to the pipe. Rick finds something much more disturbing.

First, he gets attacked by a Savior in an office bullpen. It’s a brutal hand to hand, beating, scratching, choking, elbowing type of skirmish. Rick finishes the guy by impaling him on exposed rebar. The dead man has a tattoo that reads “Gracie.” A moment later, Rick enters a room with a baby in a crib, the name “Gracie” is painted on the wall. Rick just scratched her papa. Even new motivated Rick feels bad about this, but then another Savior, Morales from season one, sneaks in and pulls a gun on him. He remembers Rick from Atlanta and Rick kind of remembers him. Morales doesn’t shoot Rick, but he has a radio and claims he called Negan and the surviving Saviors for back-up. 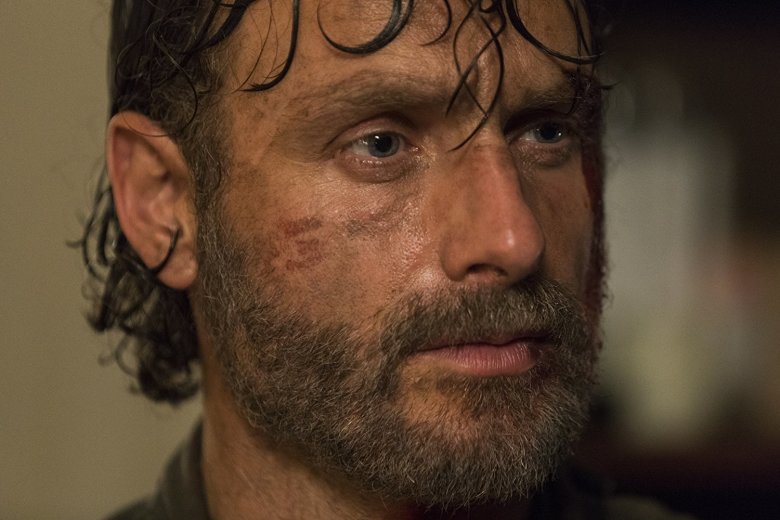 While Rick and Daryl are doing that, Aaron leads an excellent attack against Saviors on the outside of the building under the blood thirsty direction of Mara. This outside combat is both incredible and a necessary piece of the story telling. Negan isn’t around to shout commands or make them do anything, Mara could easily surrender her position, but she doesn’t. Mara defends this stronghold like it’s the Alamo. At first, she thinks Aaron’s team isn’t advancing because her resistance is so fierce. Then, the dead on her side of the barricade start to turn, essentially giving her a second front to battle. Mara dies by bite instead of by bullet but it’s a great sequence. Even with Negan gone, some will not just surrender their posts. Of course, he isn’t gone, he’s holed up somewhere like Jadis. Rick Alliance casualties include original Alexandrians, Tobin and Eric. Aaron grabs Eric and walks him away from the main attack, but he’s is rough shape.

The last piece of combat for “The Damned” goes down at the outpost Rick attacked in season six. This time, it’s up to Morgan, Tara, and Jesus. Morgan goes in alone at first, someone volunteers to help but Morgan declines prophetically with “I don’t die.”He may not die, but he also has a hell of an archer clearing threats for him. The rest of the team enter quietly and take position where they can do the most harm. On signal, they take out over half of the outpost Saviors. That takes about fifteen seconds. However, a hidden group surprises Morgan’s team and hits all three of them. 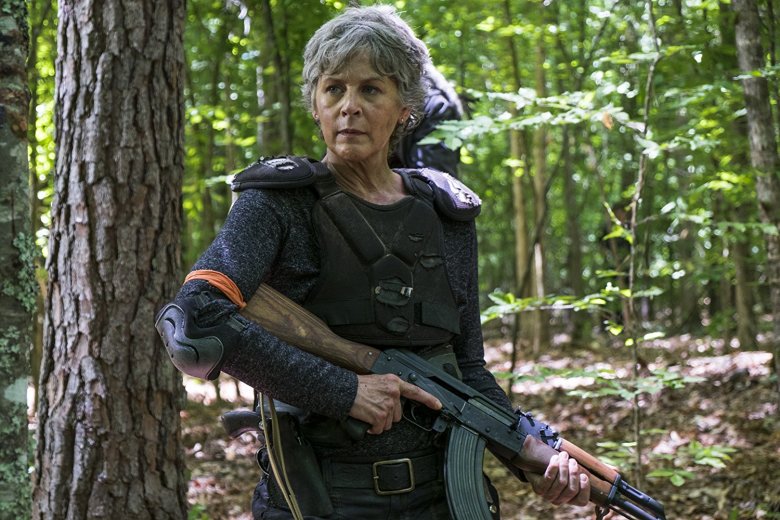 Jesus and Tara go clearing together and find a chef, Dean, hiding in a closet. His pants are wet, he says he peed because he was scared. Dean says the Saviors took him from hilltop and his family, he’s not really one of them. Tara wants to kill him anyway, but Jesus pleas with her, they shouldn’t kill people who surrender. Dean snatches the gun from Jesus while they’re debating and takes him hostage. Jesus knows for sure, Tara won’t let Dean out alive. Jesus fights back when Dean changes his aim to  shoot Tara. Still, Jesus doesn’t want to kill him. This is an ongoing debate, Tara says Maggie will back her “no-prisoners” approach, but Jesus is sure Rick will back his “take prisoners” decision.

Finally, the last group of Saviors at the outpost surrenders when they realize they’re outnumbered. Even Morgan, who was only shot in the armor, doesn’t understand why they didn’t finish this last group. He had a great sequence where he solo terminated two dozen Saviors as he moved through the halls. He doesn’t die. Then again, the war continues next week.