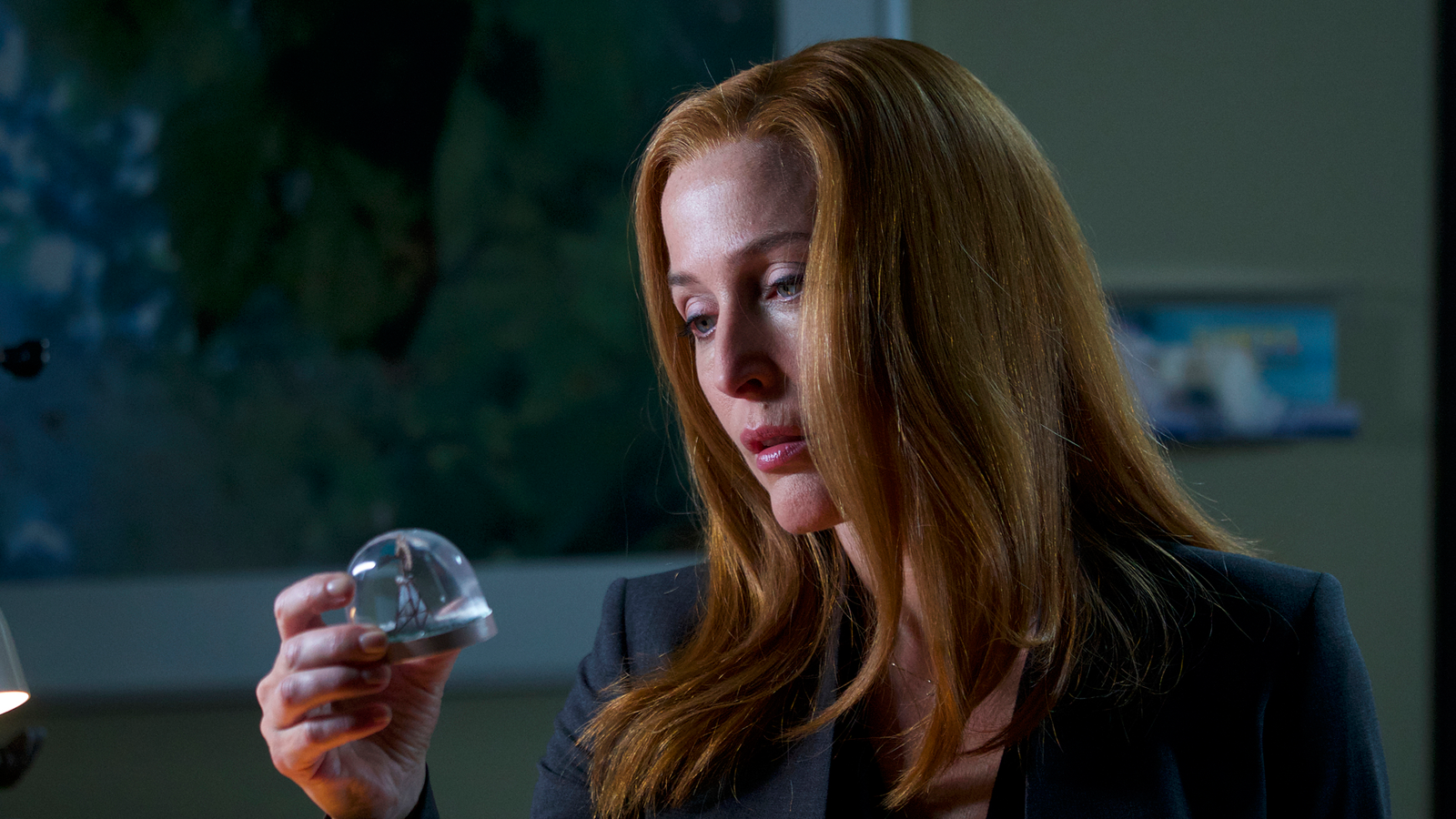 First of all “Ghouli” is a lie at least two times over. The X-Files used to be fun because you could try to guess what outlandish and supernatural thing was really the cause of the case. Now, apparently, the cold open is just a hacky setup that’s quickly discarded for a bait-and-switch that the writers seem to think is clever. None of these have even really been cases, they’ve just been lazy surface-level political commentary or dumb attempts at personal stories that are too shallow to have any effect. Secondly, I was enduring watching this series because I was (mis)informed that there were ten episodes, of which eight would be monsters of the week and only the first and last would be mytharc garbage. Joke’s on me, I suppose.

The episode starts off at least mildly interesting with the two teenage girls who are seeing each other as the same terrible monster. Could it be a virus? A seizure disorder? Some kind of actual monster? Nope, it’s a bratty teenage boy turning them against each other. That’s pretty “whatever” in my book, but then the teenage boy swallows the entire episode and the girls become a punchline multiple times. Scully’s “seizure disorder” takes center stage and suddenly this kid is The One True Kid and is magically William, Scully’s long lost son. That’s boring, annoying, and offensive all at once. Congratulations, episode! I’m sick to death of literally everything related to the X-Files mytharc and thought I had a guarantee I wouldn’t have to be dealing with it in the middle of this season. It would have been more interesting if this was some psychic kid who wasn’t William, the way Gibson used to be when he was around. Or maybe, if they really wanted a psychic kid, if he had nothing to do with aliens and conspiracies at all. Imagine that. Instead, Scully has a protracted melodramatic scene sobbing on her presumably dead son and the episode immediately swerves from being an interesting tale about monsters to being all about self-indulgent pain and spoiled children. 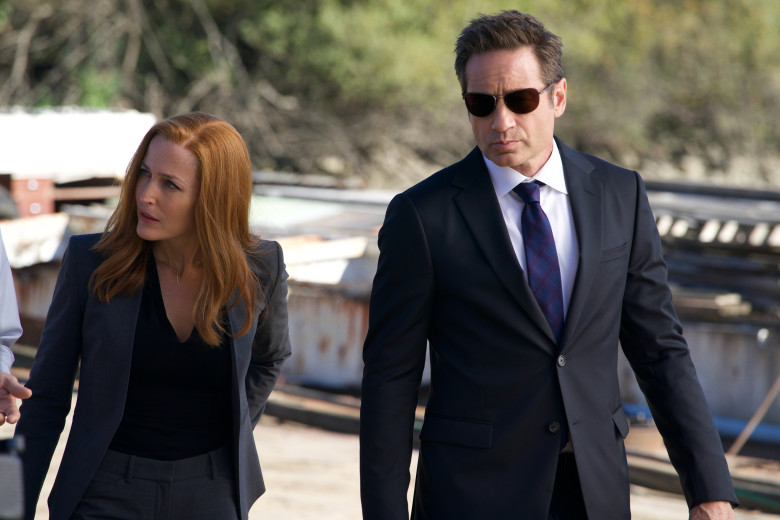 On top of all that, William/Jackson is a despicable person. He’s cheating on two girls at once which is played as cheeky and charming. It might be, except the girls are both portrayed as pitiful, obsessed, petty, and (essentially) shrieking teenage harpies. It’s ridiculously misogynistic and the girls are barely in this beyond the cold open. Not only is he already a jerk for dating two girls at once without their knowledge, the fact that he forced them to see visions of a terrible monster and nearly got them to kill each other is played as a joke. It’s one of my personal pet peeves when characters can manipulate other people’s minds and a narrative discounts the seriousness of that violation. He literally invades their minds and forces them to do things that endanger their lives but “isn’t it funny? Haha!” To me that’s an ultimate marker of villainy in a character, but since he’s the One True Kid I guess none of that matters.

It’s ironic that William is such a massive plot point for these two reboot seasons anyway because, frankly, my impression both of my own feelings and the larger X-Phile community in general is that William is a piece of canon best left forgotten. The pregnancy storyline was dumb, ill-conceived, and poorly executed to begin with. If you work it out, Scully was canonically pregnant for something like 13 months, did nothing but scream “MY BABY!” the entire time William was with her, and then gave him up for the sake of the series’ narrative integrity. Even with all that, it might be tolerable if we were still pretending William was Mulder and Scully’s son, but they had to go and throw rape and forced impregnation into the mix in this season’s premiere. William as a concept is now so disgusting that this entire episode is rendered intolerable on that basis alone.

I am so sick of watching this show. It’s doing its level best to destroy all the good feelings that X-Files has always given me. I feel disgusting when I have to watch these episodes and that’s never a good thing. Every week they think they’re being clever but instead the plots are rude, derivative, and just all around obnoxious. Nothing in this season has been intelligent or interesting. In fact, most of it has been very tired rehash of previous (good) episodes of X-Files or has been a haphazard attempt to make the story “relevant” without understanding the modern cultural climate at all. Each episode comes off like it’s written by a group of bitter, cranky old men who hate everything and want us to hate it too. The cynicism is not becoming. 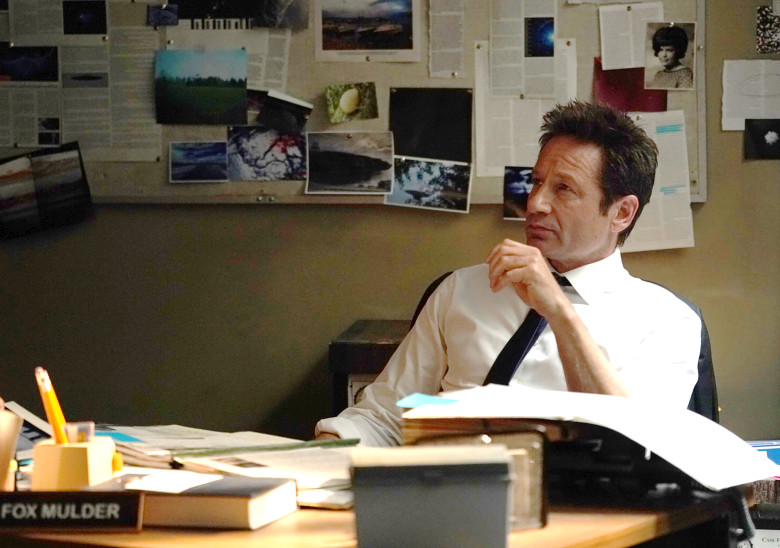 I said it last week and I say it again: if I could somehow stop the rest of these episodes from airing I would do it in a heartbeat. Stop tarnishing the good name and memories of a television show that’s should have been left alone in the past where it belongs.