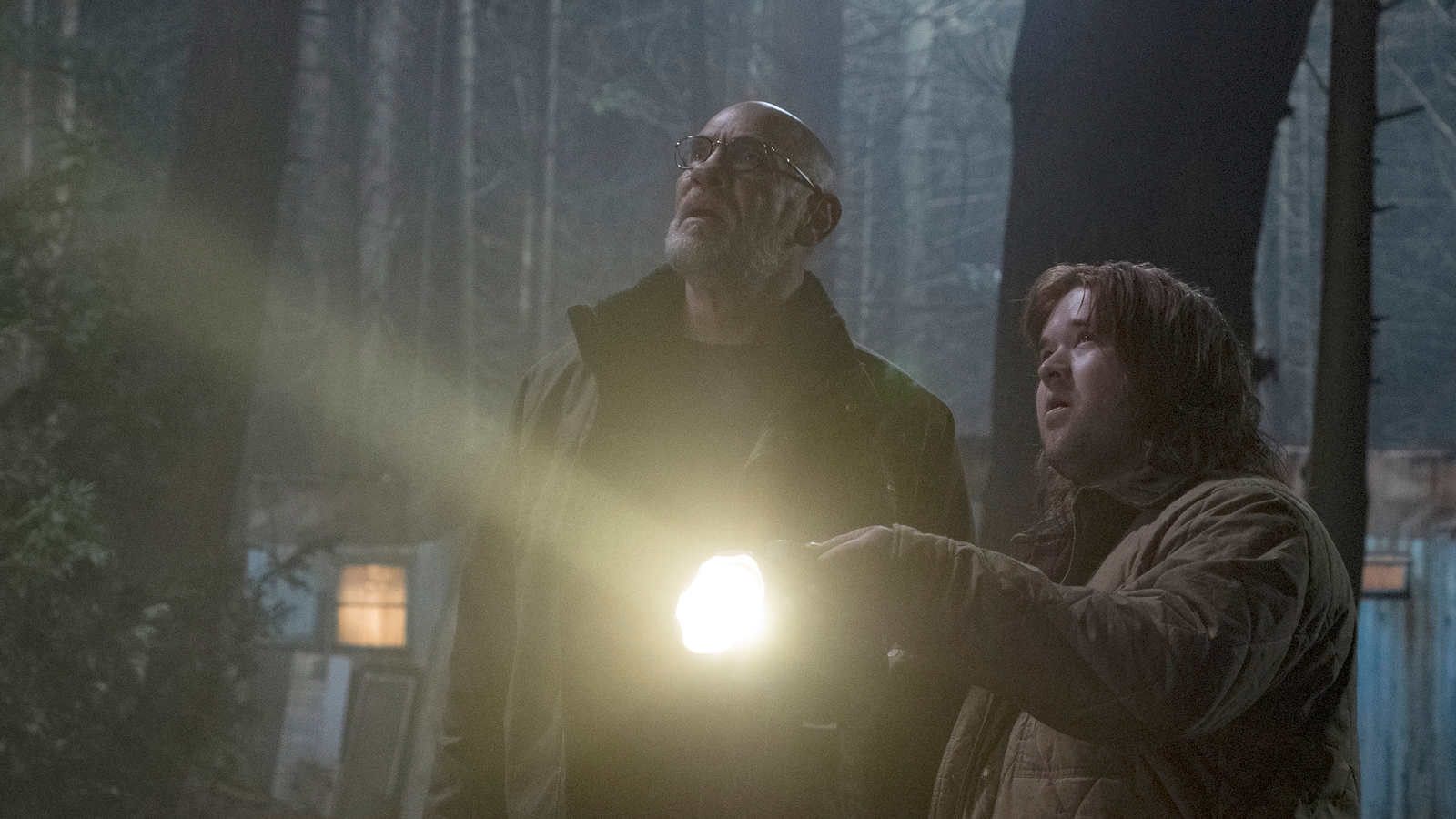 You know what? “Kitten” is not awful. In fact, for this eleventh season of X-Files, it’s downright decent. The episode actually has a cohesive plot with a proper narrative structure and there’s interesting character development which is basically nonexistent in this series at this point. More importantly, I watched this entire episode without it making me feel disgusting once which is an enormous achievement given the rest of these episodes.

This, to me, felt like an old school Monster of the Week. The plot was dark enough and the situation dangerous enough that it had the right overall atmosphere and, in the end, there was enough uncertainty as to whether the poison gas conspiracy was real or not that you could believe if you wanted to. Ambiguity is always key in these stories. I’m slightly annoyed by the screaming about chemtrails because that feels like the usual tone deaf parroting of right-wing conspiracy theories, but the episode didn’t hinge on that so it wasn’t as blatant as in previous installments. I noticed while Haley Joel Osment was doing his monotone rant about the government that the long exposition speeches are one of the things that’s so out of place about this revival. Yes, Mulder used to expound at length about weird supernatural things, but he never would specifically explain the crux of the plot device for all the dummies who might be watching. Part of the charm is figuring out the weirdness, not having it shoved down your throat. Even the setting and tone felt very 1994-ish, with the old school X-Files woods (I don’t know if they shot this season in Vancouver but if they didn’t they found some good Vancouver-looking woods) and the constant harsh lighting. Everything about it felt right and that’s a comfort. 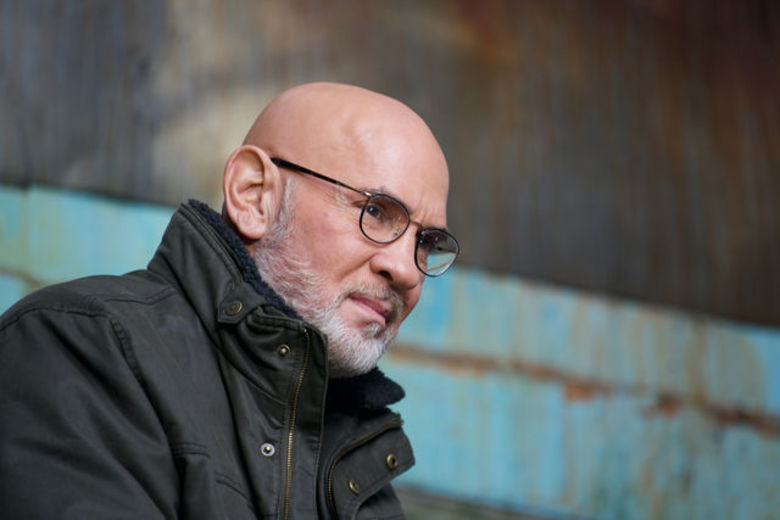 Now, I adore Walter Skinner, so this was either going to go very well or very poorly for them. They already tarnished the good name of Monica Reyes but trying to portray her as the bogeyman fandom had built her into rather than staying true to her actual characterization. This revival has seen Mulder, in particular, so suspicious of Skinner that I just want to knock Mulder upside the head. Skinner has done so much for these two over the past like thirty years, and it’s absurd to me that Mulder would be so distrustful of him at this point. I liked that Scully addressed the absurdity of Mulder’s distrust and that all three of them regained their trust in each other. The moment at the end in particular where Skinner got to tell Mulder and Scully what their ridiculous crusades meant to him and why he went along with them for so many years was well-written and allowed Skinner some space to grow. I think it helped that they took the focus off of Mulder and Scully for an episode as well. Frankly, those two are tired and done to death and at this point they’re more fun when they’re either solving a mystery completely unrelated to them or are the supporting players in someone else’s story.

The only thing that I could really get riled about with this episode is that the “monster” is just someone with a mental illness again. In this case it’s nowhere near as egregious as the rest of this season’s episodes because the guy was driven crazy by an experimental gas and then locked up. The real monster is his son who could definitely do with some mental health services but his violent behavior isn’t blamed on any specific mental illness. He’s just kind of an awful person with understandable reasons to be awful. One of my favorite things to do as a kid was to figure out the X-Files reveals before the story actually revealed them. I’m not sure if it’s just that I literally formed my brain on X-Files or if this plot was really basic but the second Haley Joel Osment said that he was Skinner’s friend’s kid rather than Skinner’s friend I was like “so you’re dressing up like a monster and killing people to prove your father wasn’t crazy and to seek revenge. Cool.” I’d certainly be impressed if they managed to pull a twist I didn’t see coming at this point but I’m not upset that the plot was pretty standard because they used it effectively as a platform for Skinner’s growth. That’s all you need, really, especially in an episode as character-focused as this one. 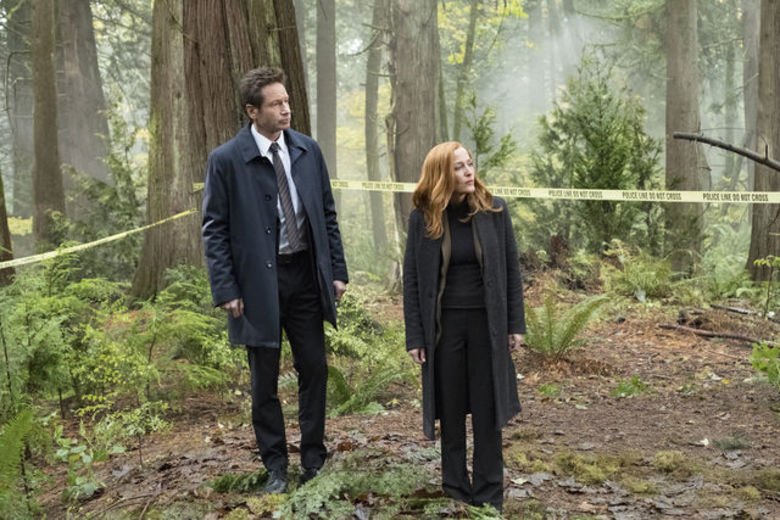 Overall, this was pretty good. It felt the way X-Files is supposed to feel and didn’t make me want to actively crawl out of my skin or throw up. Were this a 24-episode proper season like olden times this would be a solid one-off somewhere in the first half. Mulder, Scully, and Skinner are all sympathetic to the mental health issues that the story brings up and they all renew their devotion to fighting against the shady bureaucratic powerhouses in defense of the common people. That’s what X-Files is all about, so it’s continually mystifying that it doesn’t understand that “the Man” it should be fighting now isn’t just whatever the conspiracy nuts are into these days. This show does all right when it can return to a world order all the bitter old men working on it understand, like the Vietnam War. That’s why this episode works so well. Otherwise, though? Ugh.