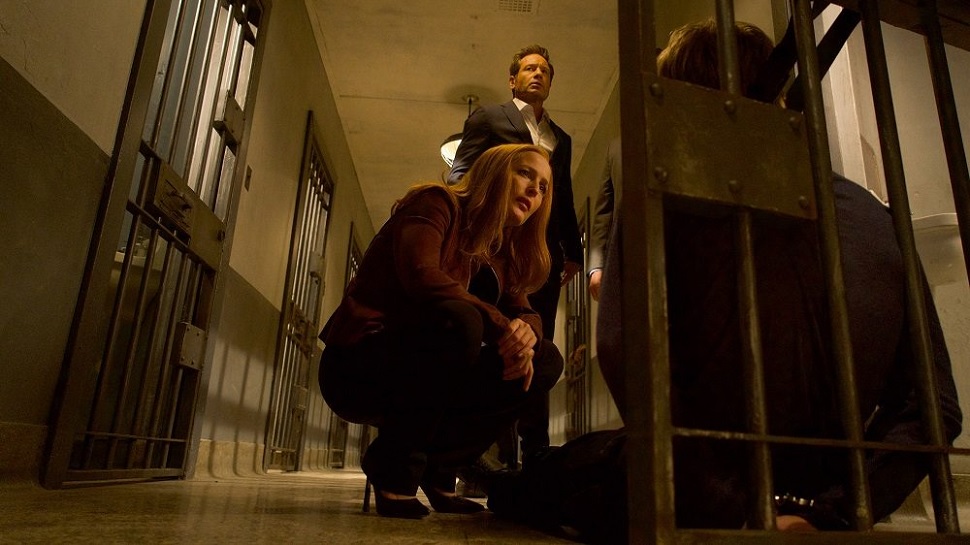 “Plus One” is a fairly run-of-the-mill X-Files Monster-of-the-Week which, after the previous two episodes, is a relief. In terms of quality and plot it’s squarely okay with a supernatural element that’s solid enough to hang an episodic plot on but not substantial enough to really stand out.

This was a pretty classic Monster-of-the-Week in style, structure, and tone. Our agents get a case, there’s something whacky going on, they go to investigate and end up in peril, and in the end we’re left to wonder about the deep mysteries of the connection between the physical and psychological. It’s also classic X-Files to not explain the weird mystery and I like that they left it bizarre. I know Scully, Queen of Rationality and Sci-Fi Science, is the headliner for this show but I’m pretty sure there are like maybe two episodes in the entire run where science is actually the answer and the unexplained phenomenon is sufficiently explained. I’ve got no complaints on that front. The things that irk me in this episode are minor and I can forgive them. For example, they walk into the mental hospital and just happen to look into the window of the one random chick who is committing these murders with nothing to point them towards her. Also, Mulder and Scully sure do hop back onto normal X-Files cases really fast. I’m not even sure why they’re still investigating X-Files at this point but I don’t care to interrogate that too hard. Since this episode isn’t heinously offensive, it’s just frivolous fun and that doesn’t have to make too much sense. 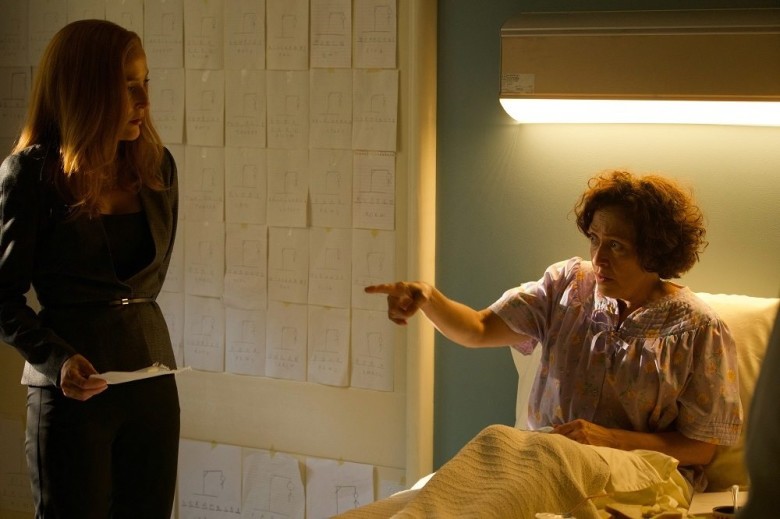 The climax of the episode relying on the suspects having weird obsessive crushes on Mulder and Scully strays dangerously close to the icky resolution of one of my least favorite episodes “The Rain King.” (Incidentally, that episode is Jeffrey Bell’s first television screenwriting credit and I would come to realize over many years, seasons, and series that I despise everything he’s ever written. My vendetta against him is old and carefully tended.) Unlike in “The Rain King,” here Chucky and Judy are too twisted by their alter egos to actually engage with any other characters which keeps the plot from being gross and coercive. This whole thing is surface-level and I’m perfectly fine with that.

I think what makes me most sad about this episode is how sharply it brings into focus how dated The X-Files is on the whole. I’ve been saying this since the beginning of season 10, but the world has changed a lot in the time that this show was off the air and it’s done nothing to adjust itself to the time in which it must now exist. It doesn’t help that The X-Files is the Ur-cult TV show so it keeps trying to do things the way that it used to but television narrative itself has outstripped that old style by lightyears. It’s sort of like watching a beloved old comic get up on stage and try to do the same routine from 50 years ago for the hip young kids. It’s not going to go over very well. Mostly, this show makes me feel a lot of secondhand embarrassment. I want to take it by the hand, lead it back to its bed in the retirement home, tuck it in, tell it it’s done a good job, and give it a kiss goodnight.

The most glaringly cringe-worthy example of this show not aging well is the way this episode treats mental illness. I don’t have a problem with old episodes pulling mental illnesses out of their backside to try to explain supernatural phenomenon. There are a few episodes where people are locked in institutions or using weird insanity powers to kill people. I think I still have a childlike non-judgement of most of the original episodes. The revival is out of luck because I can’t extend those same exemptions to new things. Spouting off about how Chucky and Judy are schizophrenic and therefore criminally insane in 2018 is not doing this episode any favors. Ultimately, it’s not that they were actually schizophrenic. Whatever weird dopplegangers the two of them had is the supernatural cause of this particular X-File. That said, they still make some seriously damaging, stereotypical claims about “crazy” people. Not cool, bro. 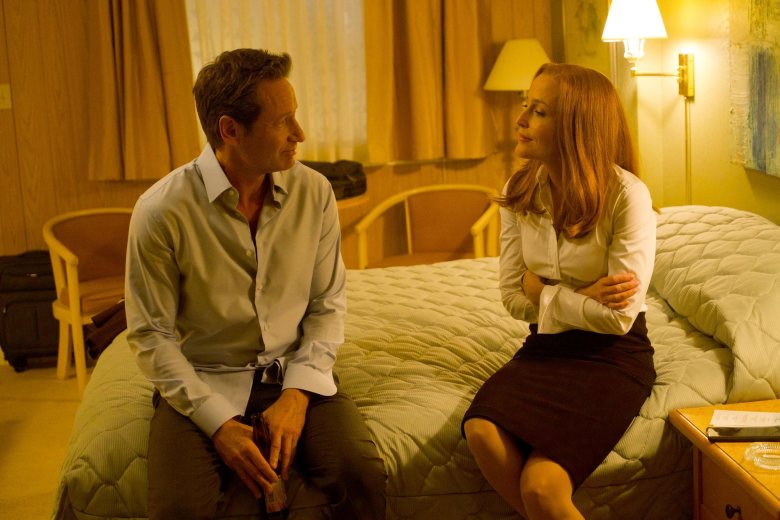 I know that twenty years ago I would have died over all shippy bits between Mulder and Scully that are in this episode but I got over them a long time ago. Their relationship is codependent, manipulative, and just plain weird but I’m not here to write that essay right now. Rather, it’s worth noting how much my feelings have changed towards them as a couple because I felt like their interactions in this episode were weird fanservice that just came off as cheesy. Those two haven’t really been together on-screen in an insanely long time and–I know they’re Mulder and Scully and they don’t need any introduction–but I’d like to see them play together and actually like each other again rather than relying on the audience to do the work. Having really weird conversations about babies, and non-existent romantic partners, and the indeterminate future made me feel icky. If they’re that devoted to each other that I’m expected to buy their attraction without any recent work on it then, you know what? I’d think it’s a given that any nonsense with other people is just not a possibility.

Since there are so few episodes in these revival seasons it seems like kind of a waste to have episodes that are merely fine. In the context of the actual seasons, however, “merely fine” tends to be an enormous improvement over “so painfully horrifically bad and problematic I need to bleach my soul to remove the taint.” “Plus One” is a middling, enjoyable break with our old pals Mulder and Scully. It doesn’t need to be anything more.