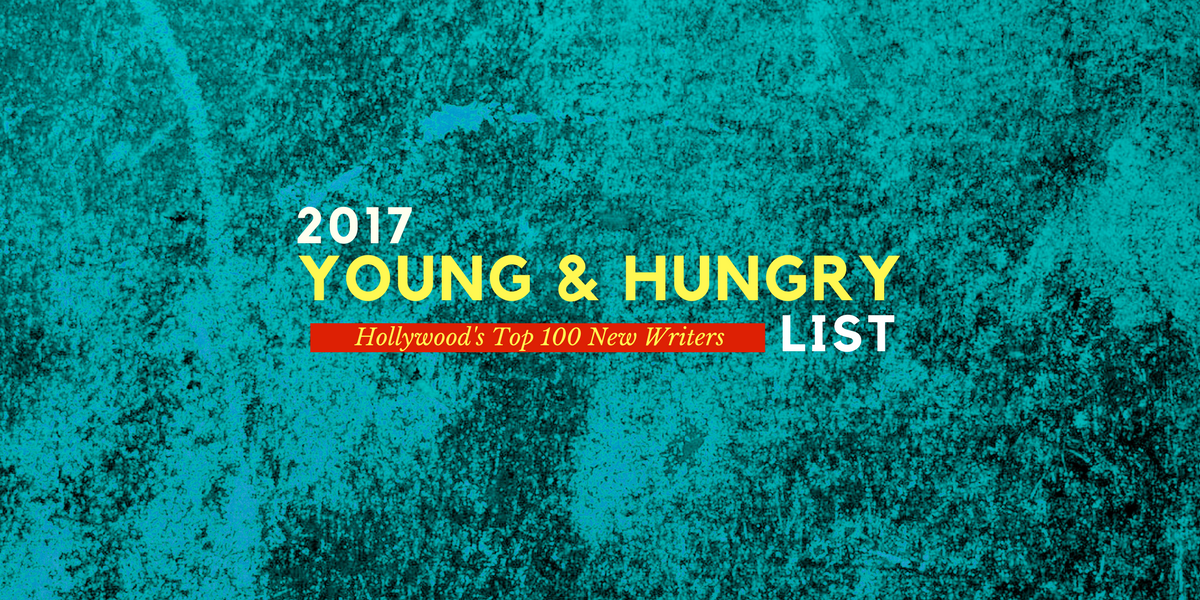 Every year, a new Young & Hungry List is compiled from across the industry, proudly showcasing those writers most eager to stake their claim. Voted on by Hollywood’s most influential players, each list distinguishes a fresh slate of up-and-coming creatives preparing to take the next step in their careers. This year’s voters came from companies that included: WME, CAA, UTA, Sony, Lionsgate, STX, Anonymous Content, Disney, Paramount Pictures, Comedy Central, 3 Arts Entertainment, The Gotham Group, Verve, Circle of Confusion, BBC, Alcon Entertainment, Funny or Die, Weed Road Pictures, and more.

The Young & Hungry List focuses not on the scripts, but on the writers themselves, emphasizing not just a single noteworthy project, but the foundations of an impressive body of work that just taking off. Whether it be a newcomer making their first big splash, a sophomore writer coming into their prime, or an established veteran returning to their roots, they all share one thing: the unrelenting drive to make their mark.