In an attempt to save his image, Lenny travels to Africa to visit Sister Antonia’s Village of Goodness on THE YOUNG POPE. He’s grieving Andrew’s death, has decided not to resign the papacy, and needs to fix the destruction he’s done to the Catholic Church. Esther and her husband have also disappeared without saying goodbye, and no one knows where they went.

This is the first episode of The Young Pope that seems to have lost its momentum. Narratively, not much happens. The episode isn’t boring per se, but it seems to spin its wheels not sure of what to do with itself. There are only two episodes left and we haven’t seen a single moment of what Cardinal Gutierrez is up to with the Kurtwell problem. It is only brought up in the episode when a reporter yells out there are rumors Kurtwell is blackmailing Lenny, which is why he’s sent a inexperienced investigator to look into the matter. I’m hoping the last two episodes delve into the topic because there’s a lot of ground to cover to make a satisfying ending to the first season, and that’s without even touching the Tonino Pettola disappearance. After Lenny and the Cardinals show up at his house for a late night talk, no one’s seen a trace of him since. What happened? 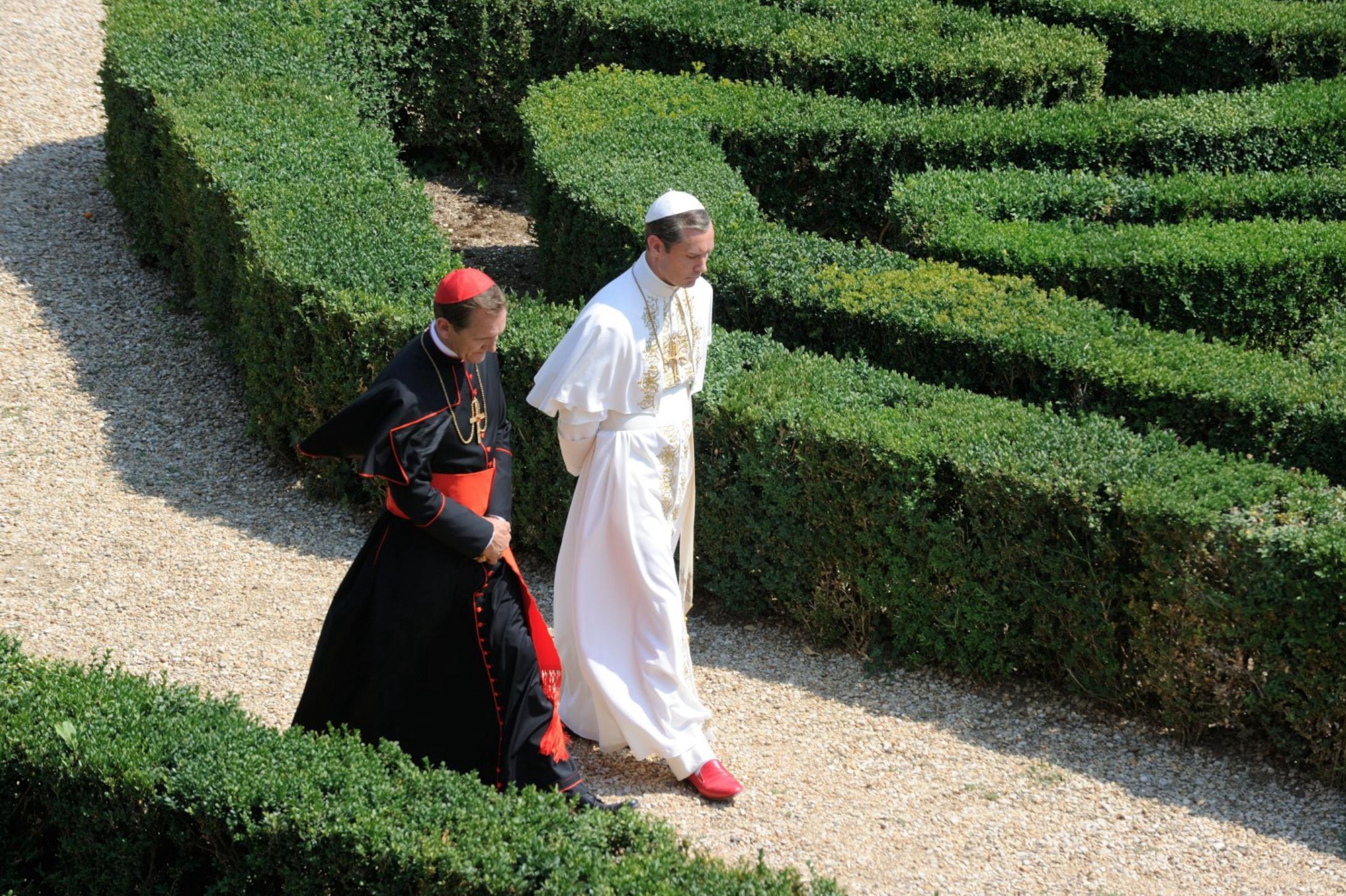 Despite its lack of narrative progression, The Young Pope continues to be gorgeously shot and lit. Between the framing, which is like looking at paintings, and the cinematography, this might be one of the most visually interesting shows on television right now. It can be dream like at moments, but also appear to be complete artifice or imaginations of the narrator. Are we seeing things through Lenny’s perspective? His belief system is absent of God at this point in the show, so has he replaced God with fantasy and dreams? There are a lot of moments where the light is a little blown out, slightly majestic, or saintly. It’s as if the presence of God were there even though God is absent from Lenny’s reach.

This episode takes place while Lenny is on vacation grieving the death of his friend/brother Andrew. He feels responsible for Andrew’s death by driving him away, but is also distracted by the sudden and unannounced departure of Esther, her husband, and the miracle child. To Lenny this is just another family who has abandoned him without telling him why. He feels more sadness about their departure than guilt over Andrew. Lenny is broken inside emotionally, and he will not be able to have the full-fledged emotions of an adult until he decides to let his preoccupation with his parent’s abandonment of him go. Spencer tells him as much when he announces to Lenny he knows Lenny doesn’t believe in God. The path that will lead him back to God is through Venice, after Lenny emotionally buries the two empty caskets of his parents. If he’s able to do this will he grow into his papacy, or is it too late? Has too much damage already been done? 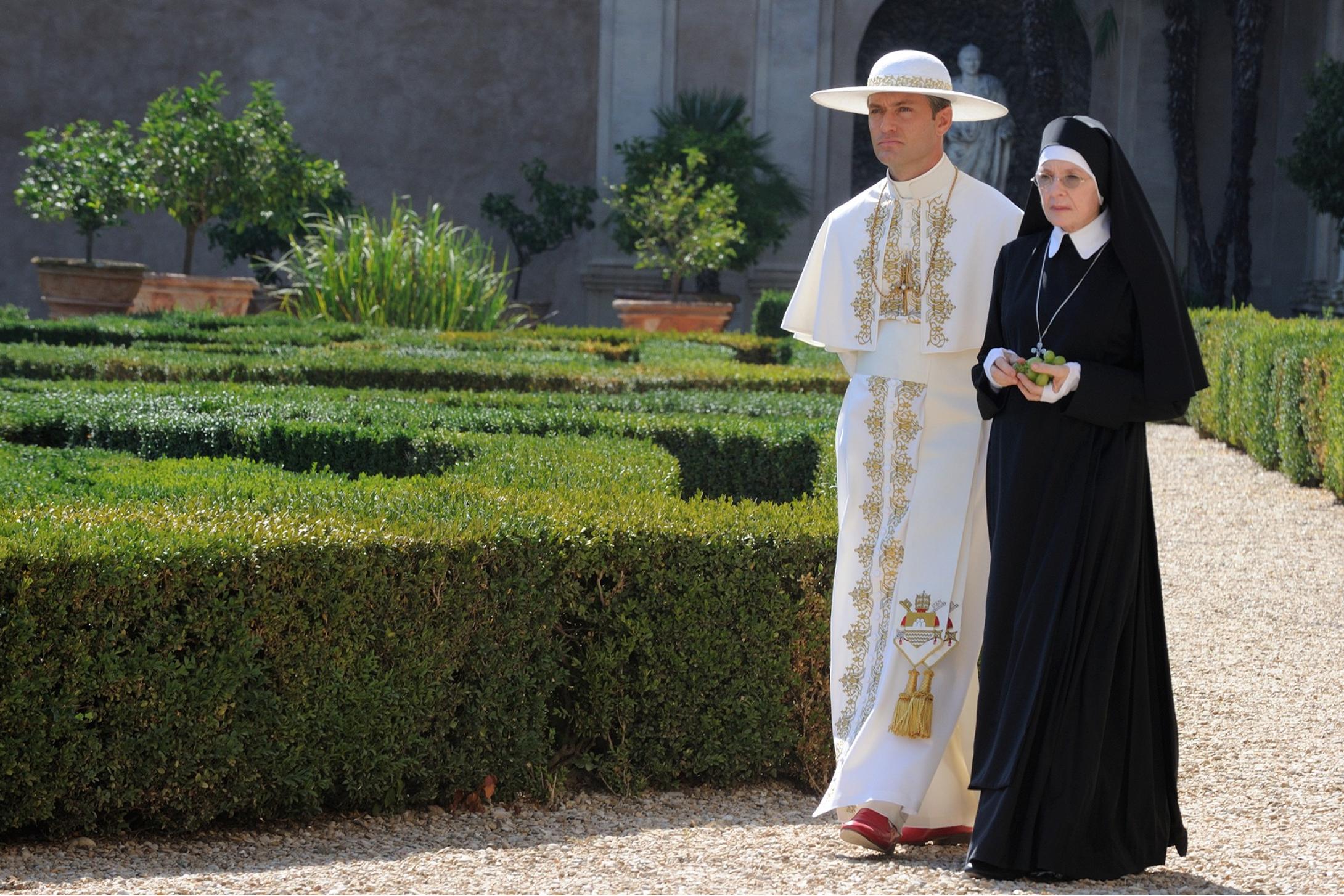 Sofia pushes him to travel and make a papal visit. To give the press something good to write about, she suggests sending him to Africa to visit Sister Antonia’s Village of Goodness on its 30th anniversary. The idea doesn’t appeal to him, but when he returns to Rome and finds the kangaroo dead, he changes his mind. He’s still not going to show himself publicly or take questions, which angers the press packed into the airplane with him. He begrudgingly puts a good show on, even though he wears a veil so no pictures can be taken of him. Lenny needs to begin to undo some of the damage his recent statements and proclamations have done. His declaration that women who’ve had an abortion have committed an unforgivable sin has instigated Femen protests all over Europe, and even in his own garden. While out for a late night smoke, a group of topless protesters stand up in his garden with the word “Bastard” spelled out on their naked bodies.

In Africa he sees starvation, death, and war all around them as they head to the Village of Goodness, which may not be as good as it seems. He’s been slipped a note in confession by an elderly African priest claiming Sister Antonia has been hoarding the water donations and using it to control the nuns and the sick to do her favors, obscene acts, and perversions. It begs for his help. The part of Africa where the Village of Goodness is located is controlled by a violent dictator, who Sister Antonia defends. Lenny sees young men so thirsty they lick windows for the dew being beaten by soldiers, and also during a mass notices Sister Antonia and another nun reveal themselves to be intimate when they thought no one was looking. At dinner he puts Sister Antonia on the spot in front of everyone, asking her to be honest and tell him if she’s a good Christian. She falters, and he can read the truth in her silence. All of this leads Lenny to finally give the speech he was meant to give. He doesn’t appear at a mass gathering in his honor, but instead his voice issues from the PA system. The message is about peace, and God, and love. It’s the first moving thing he’s said since becoming Pope, and it comes from his heart. It doesn’t hurt that it’s also renewed interest in the Church at the same time. 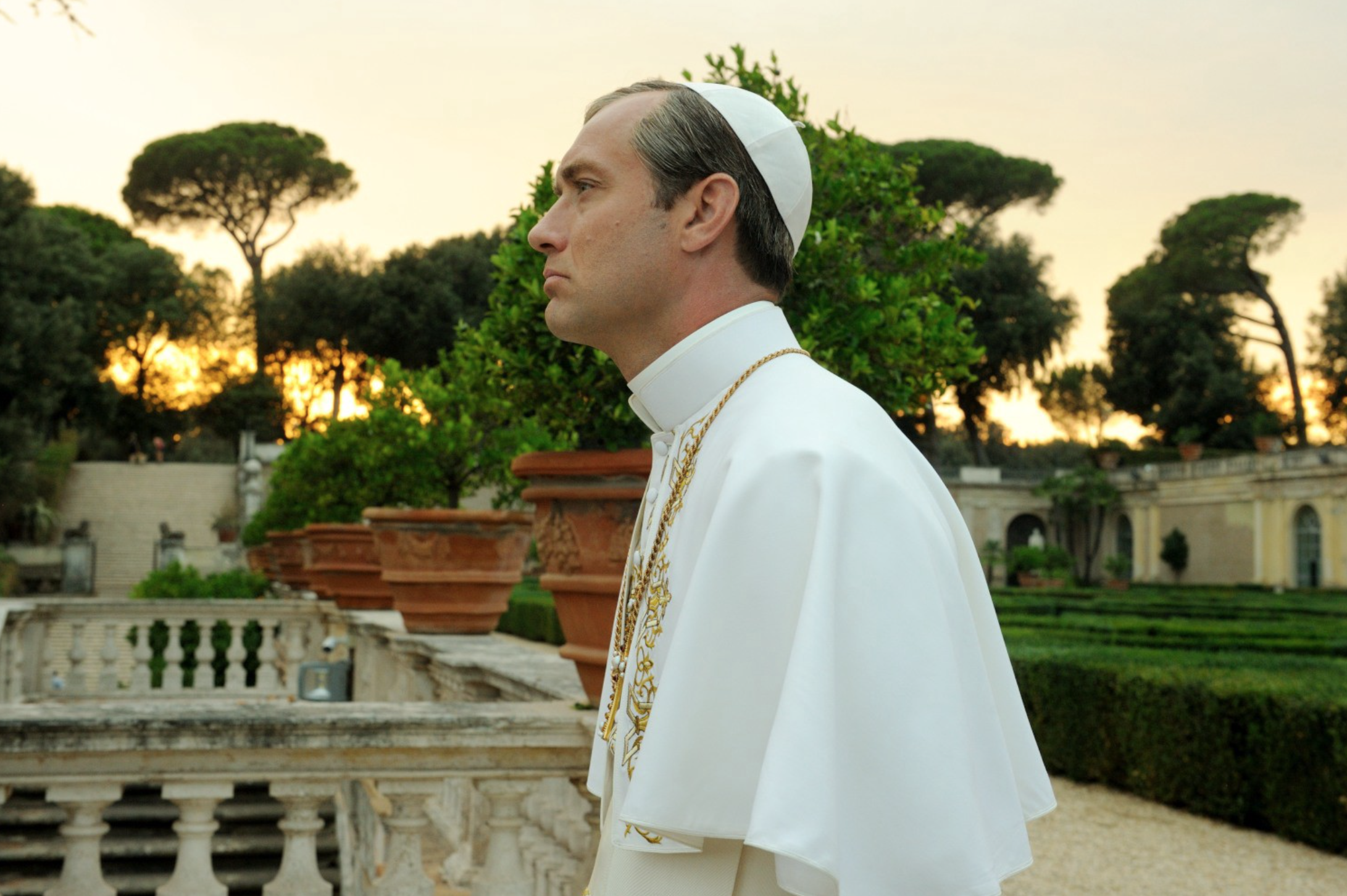 Lenny has done some minor miracles already with Esther’s pregnancy, the kangaroo, and others Sister Mary mentions in his past. Once his plane touches down in Naples, he asks to be taken to a gas station. In the parking lot, he gets on his knees and prays to God about Sister Antonia. We can’t hear what he says, but it seems powerful. Sister Antonia appears to drop dead while he intones God. Has Lenny killed her? Now that he’s back will he really save the Church, or are more problems on the horizon?