There are two sides to Jude Law’s THE YOUNG POPE, a tender side he reserves for those he trusts, and the vindictive, angry face he gives the public. His childhood abandonment by his parents seems to be the driving force behind this behavior. Will he ever find his parents, and if so will it change or heal him in any significant way?

It’s truly amazing how reflective The Young Pope is of our current political situation. Here we have a new Pope whom the Cardinals believed was malleable, that they could mould and give counsel to, only to find themselves with a much bigger problem than they could ever have imagined on their hands. Lenny doesn’t give a crap what anyone thinks, and he’s willing to destroy institutions to get what he wants. The Vatican and the Catholic Church have become more inclusive and accepting in modern times, but with Lenny’s ascension all of those years of welcoming people in with open arms is over. He’s closing the doors, shutting them tight, and making it more difficult for people to find entrance to the Church. How strange it is things can change so quickly. Years of progress undermined in an instant, and the way the world sees an institution one day, can be turned on its head the next. Sounds familiar doesn’t it? 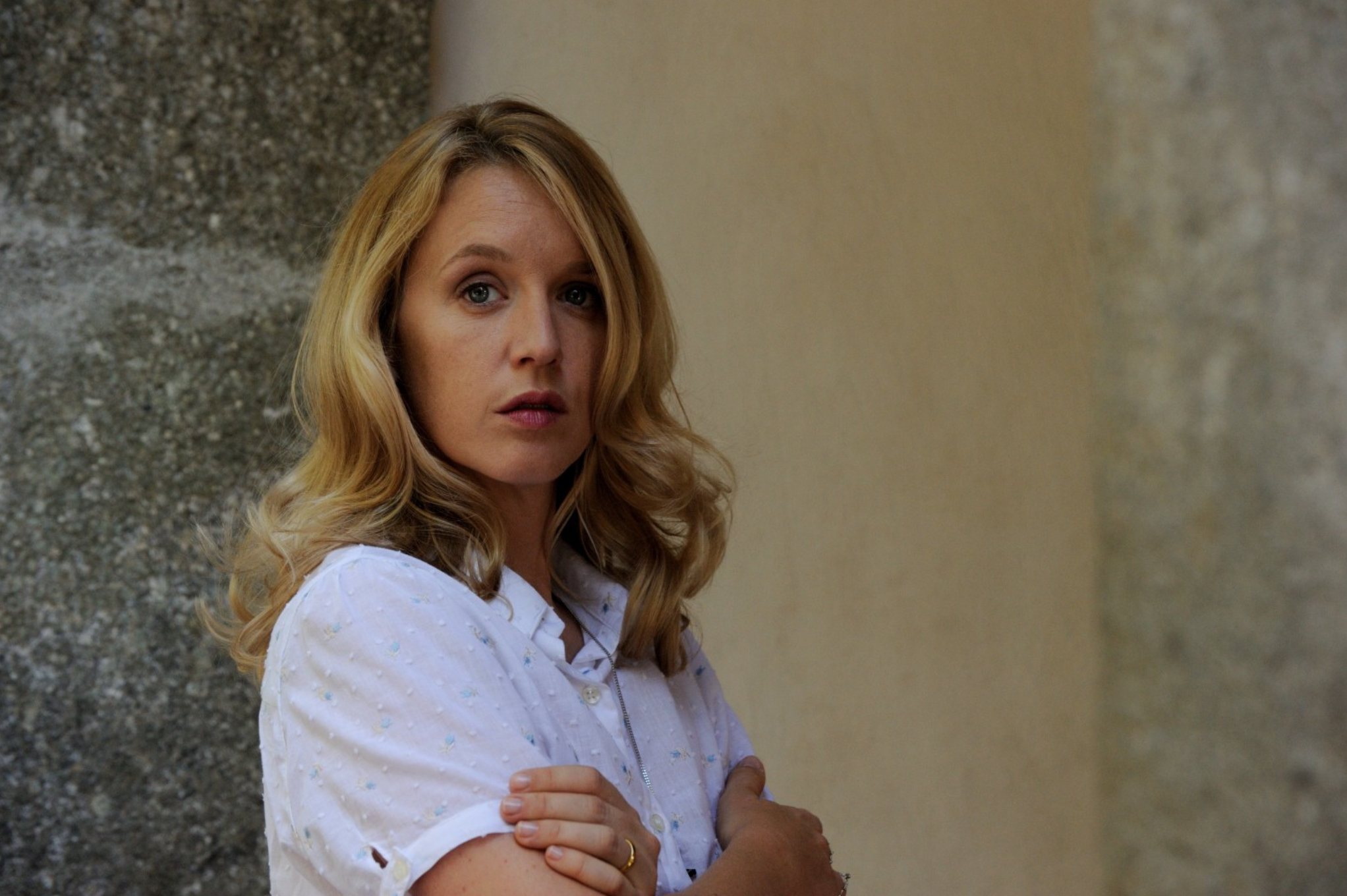 There are whispers going around the Vatican about the relationship Lenny has with Esther. The insinuation is that they’re having a sexual relationship. When Don Tommaso tells him about the whispers, Lenny lets him in on a little secret he has planned for his papacy: he intends to start a revolution. There have been plenty of signposts along the first four episodes to insinuate his intentions. His first public address was a disaster that left a distaste in the mouths of the media and the Church members. He has struck fear into the hearts of not only the Cardinals, but of the congregation. This was just the beginning. Lenny intends to lead the Church into the darkest days of modern times.

His motivations for closing the Church off from those seeking God are petty and based in his own insecurities about being abandoned by his parents. He’s never been able to love, and tells Esther, “I became a priest because I don’t want to suffer or withstand the heartbreak of love. It would be wonderful to be able to love you the way you want to be loved, but it’s not possible because I’m not a man, I’m a coward.” The mystery involved in the motivations of his parents for abandoning him, are all he can think about. It’s this mystery that gnaws at him. He wants those seeking God to feel the same way he does, to feel the same heartache and yearning for answers, the same drive to find out why?   He wants the Church to close its doors to them to create a yearning for God he doesn’t believe exists in modern life, and he doesn’t care about the consequences.

Though Lenny can be stern, vindictive, and revenge oriented, there are moments of lightness where you almost feel sorry for him. He’s like a villain whose motivation you can totally understand. It allows moments of compassion for him to creep in. We’re given glimpses into the past when Lenny and Andrew were just kids at the orphanage running away from home. Lenny leaves to try and find his parents, and Andrew goes with against his better judgment, just to be there for him. His heart isn’t in it though and he turns back. Lenny isn’t able to continue the search on his own once Andrew has left, so he also returns back into the arms of Sister Mary. Does Andrew have the same power over him even now? Can he get Lenny to turn back as adults or have things changed too much? As Pope and Cardinal, Lenny and Andrew abandon themselves to freedom one last time wandering around Vatican City looking for cigarettes, only to return after having gone off without permission to Sister Mary once again.

It’s hard to have compassion for your fellow man as the Pope, when you do not believe that God either exists or cares anymore. Lenny has equated his parents with God, and because he doesn’t feel any love from them, he also doesn’t feel anything from God as well. At times it appears he doesn’t even believe in God. He even jokes about it with people, but there seems to be truth to his statements, and the jokes ring hollow. He tells Don Tommaso that God has moved on, he’s gone, and doesn’t even care about his little human experiment any longer. A prostitute tells him she has the proof God exists, and Lenny demands she tell him. She takes a picture of Lenny and tells him proof of God is in his eyes. If he finds his parents will it change how he feels about God, or is it too late?

Voiello has orchestrated situations in order to get the kind of damning evidence he needs to have the Pope removed from power. He has pictures of Esther with her blouse open and Lenny’s hand on her breast, but when his lip reading confidant Amatucci repeats Lenny’s speech about why priests and nuns have rejected their fellow man to join the clergy, Voiello has a change of heart and decides not to use the evidence for blackmail. He destroys the copies of the photos, but somehow Lenny knows about it all and uses his knowledge to tower over Voiello. In the scene where Lenny confronts him, Lenny stands on a wall elevated over him, while Voiello is down below at feet level groveling for forgiveness. His power over the Cardinal Secretary of State is reflected in the framing of the shot. With Lenny’s forgiveness, it appears Voiello has been broken. 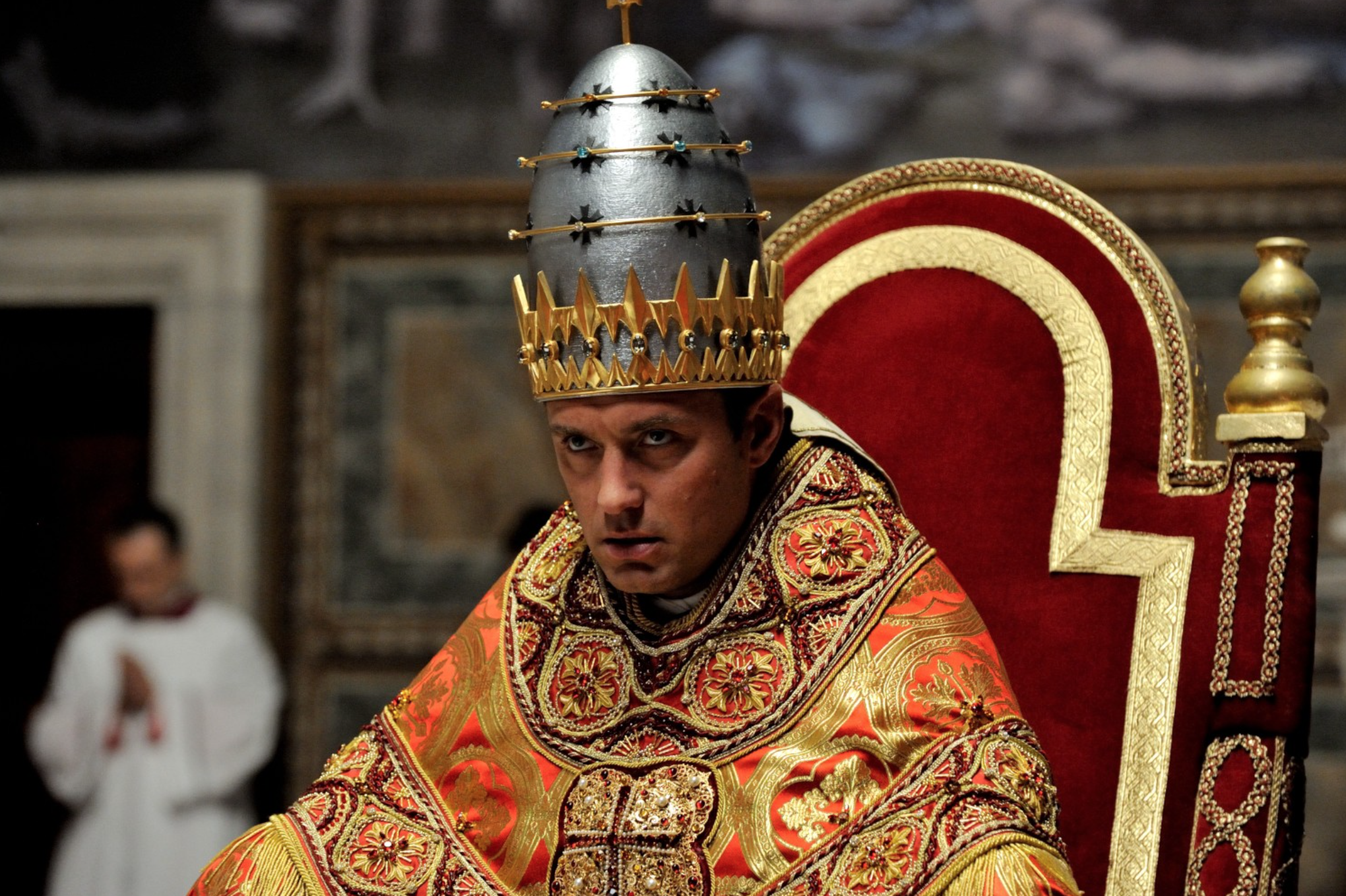 The moment everyone has been curious about throughout the first four episodes is Lenny’s address to the Conclave of the Cardinals. He’s been holding them captive for far longer than anyone imagined, letting the tension build, and waiting for the Papal Tiara to arrive. Now that it has, he is ready to address the body of Cardinals. His entrance is terrible and grand in its magnificence and symbolism. Lenny looks powerful and frightening, as if the fury of God could come rushing out of him at any moment if he wanted it unleashed upon the world. His speech is one of darkness, of anger, of retreating from the world and making it hard for believers to have access to the Church unless they prove themselves pure.

It’s seriously spooky how close Lenny’s intentions and words about the Church seem to mirror Trump’s inauguration address and actions about this country. They are two tyrants cut from the same cloth. After Lenny’s dark and disturbing speech he flexes his power by making the Cardinals kiss his feet. First his mentor, then his brother, and finally Voiello’s reluctant submission to his power kneel before him and kiss his Holy feet. Dark days are ahead. Lenny and the Cardinals confront the possibly heresy of the healer Tonino Pettola at the end of the episode.  Are they there to destroy him, or to see what he can do?  The bigger question is, will the Catholic Church survive Lenny, or will his temper tantrum of feeling unloved tear everything to pieces? 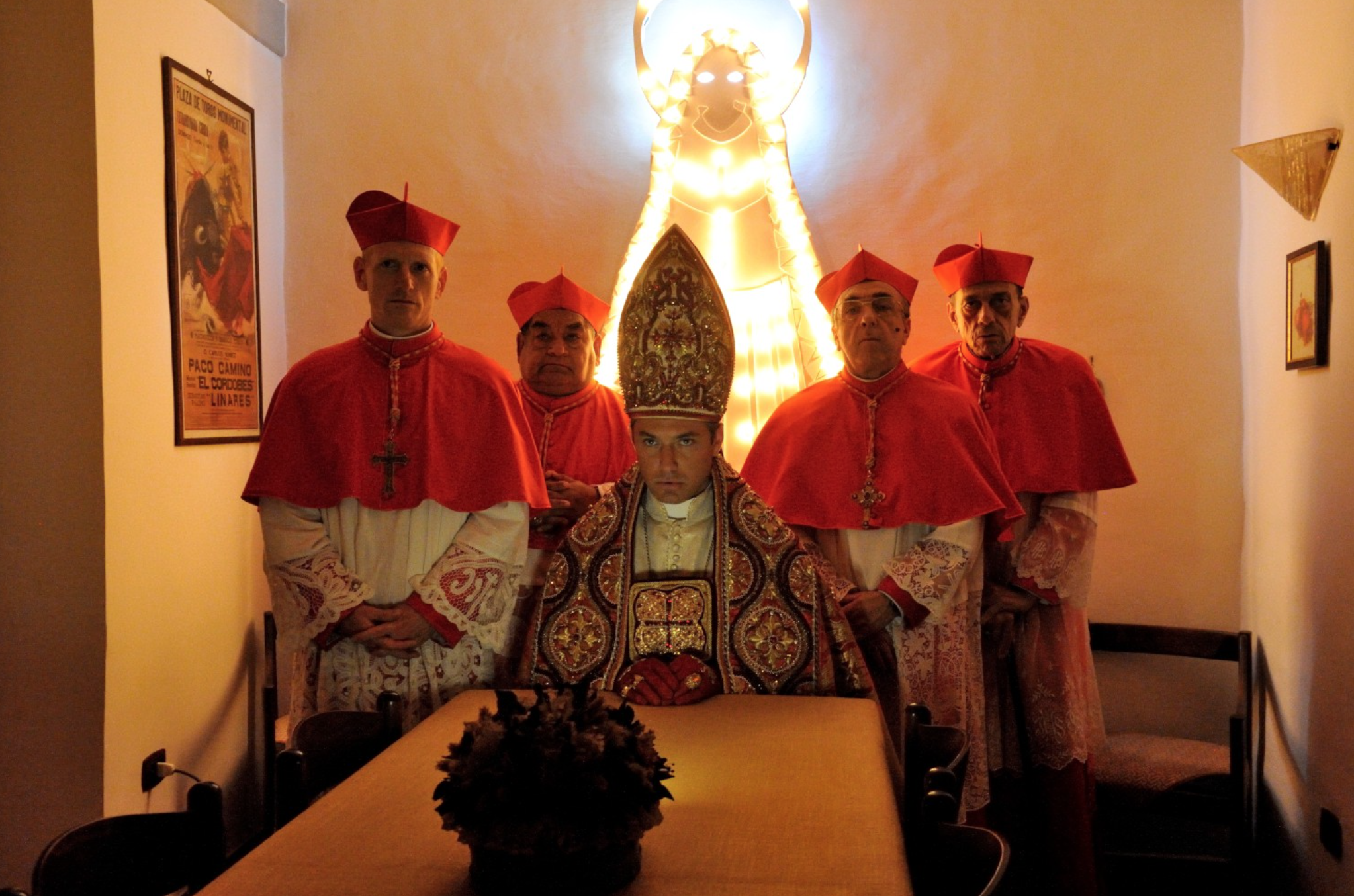