Nine months into Lenny’s Papacy things are beginning to get dire for the Catholic Church on THE YOUNG POPE, and Lenny doesn’t seem to care at all. Esther’s miracle comes true, and she gives birth to a child. Lenny plays politics with the Prime Minister of Italy, and the two seem to be on a collision course. Does Lenny have a long term plan in mind, or does he just revel in chaos?

This episode opens up nine months later, and already so much has changed. Church’s sit empty with no parishioners. The problem isn’t just in Italy either; it’s most properly visualized by Cardinal Ozolins in his new position in Alaska. He has no physical building for a church, instead he is out in the elements, on the ice, and freezing his ass off in the barren wasteland he’s been relegated to, with only four Inuit parishioners in his mass. The Church itself has reacted to Lenny by moving away from Catholicism. Attendance has dried up, and the clergy are basically, like Ozolins, sending prayers into the void. The entire Church, including the Cardinals, seem to believe the Church is dying out. For Lenny, this is just the first step in whatever plan he has hatched in his mind. 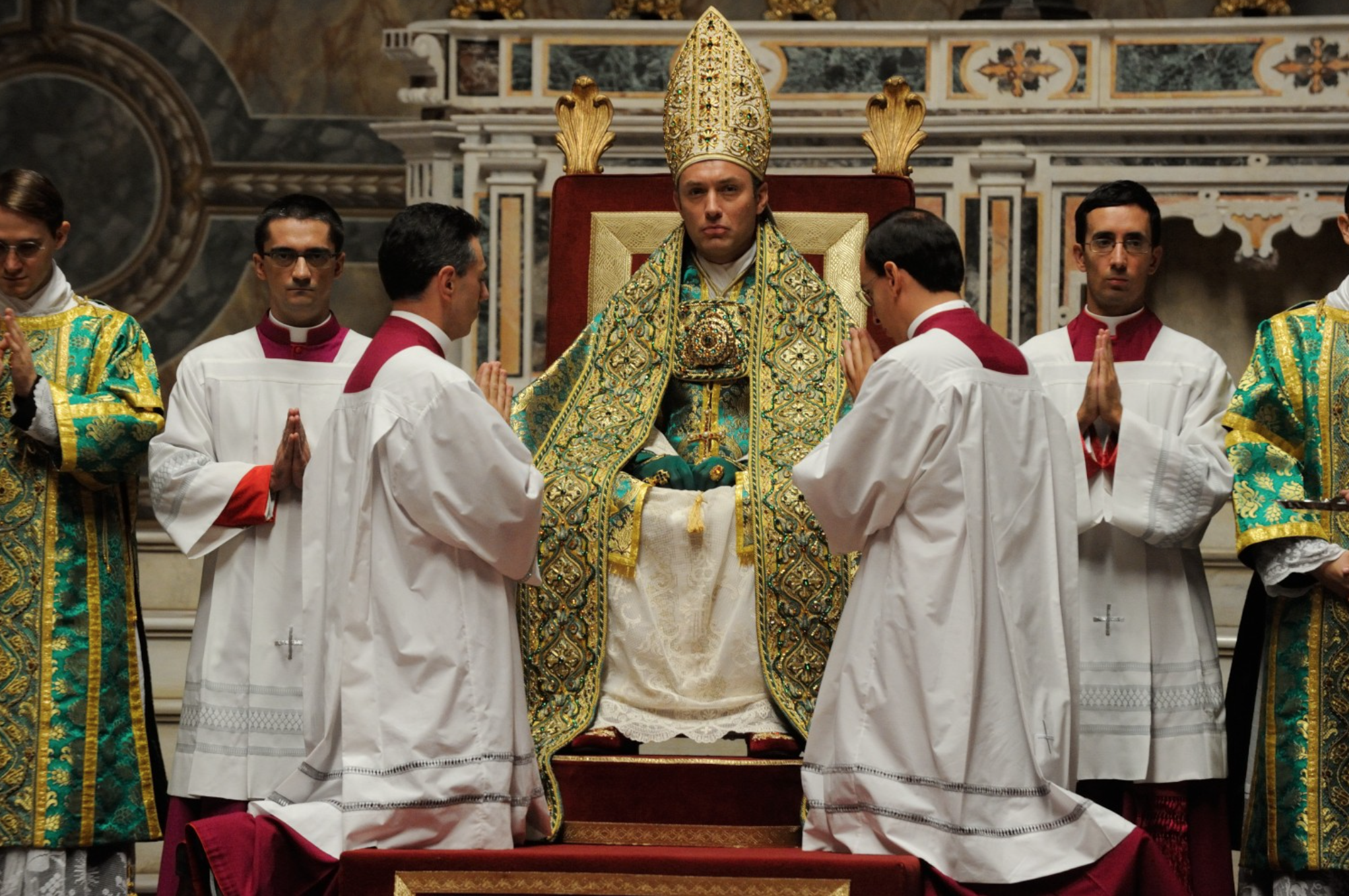 For all the diabolical nature packed within Lenny, there’s a strange power as well. He has a keen intuition, and picks up on nuance in ways everyone underestimates. Beyond his powers of observation, there appears to be something miraculous in him as well. Where this power comes from is yet to be revealed, but he’s had moments where he’s done things beyond belief. They way he handled the kangaroo is one, but he pulled a true miracle in helping Esther to become pregnant. Whether it was through the power of prayer, or his own will power over nature, it appears he’s achieved a miracle by helping this once sterile woman conceive a child. The funniest and weirdest moment of the entire episode happens when Lenny visits Esther and her husband in the hospital and is encouraged to hold the baby. I won’t give anything away, but it doesn’t go smoothly.

Lenny has also taken a frightened, broken man who finds sanctuary inside of the Vatican, befriended him, and elevated him in ways no one thought imaginable. He knows of Gutierrez’s sins, and forgives them. He puts great trust in this man, which is why he elevates him to the rank of Cardinal and sends him to New York to investigate the Kurtwell sex abuse allegations. The problem is Gutierrez is anxiety ridden, as can be seen when he leaves Vatican City for the first time and is almost immediately hit by a scooter, and he’s also an alcoholic. With the intense pressure he’ll be under during his investigation, will he give in to his anxiety, withdraw and turn to the bottle? Or will he instead rise to the occasion as Lenny seems to believe he will. 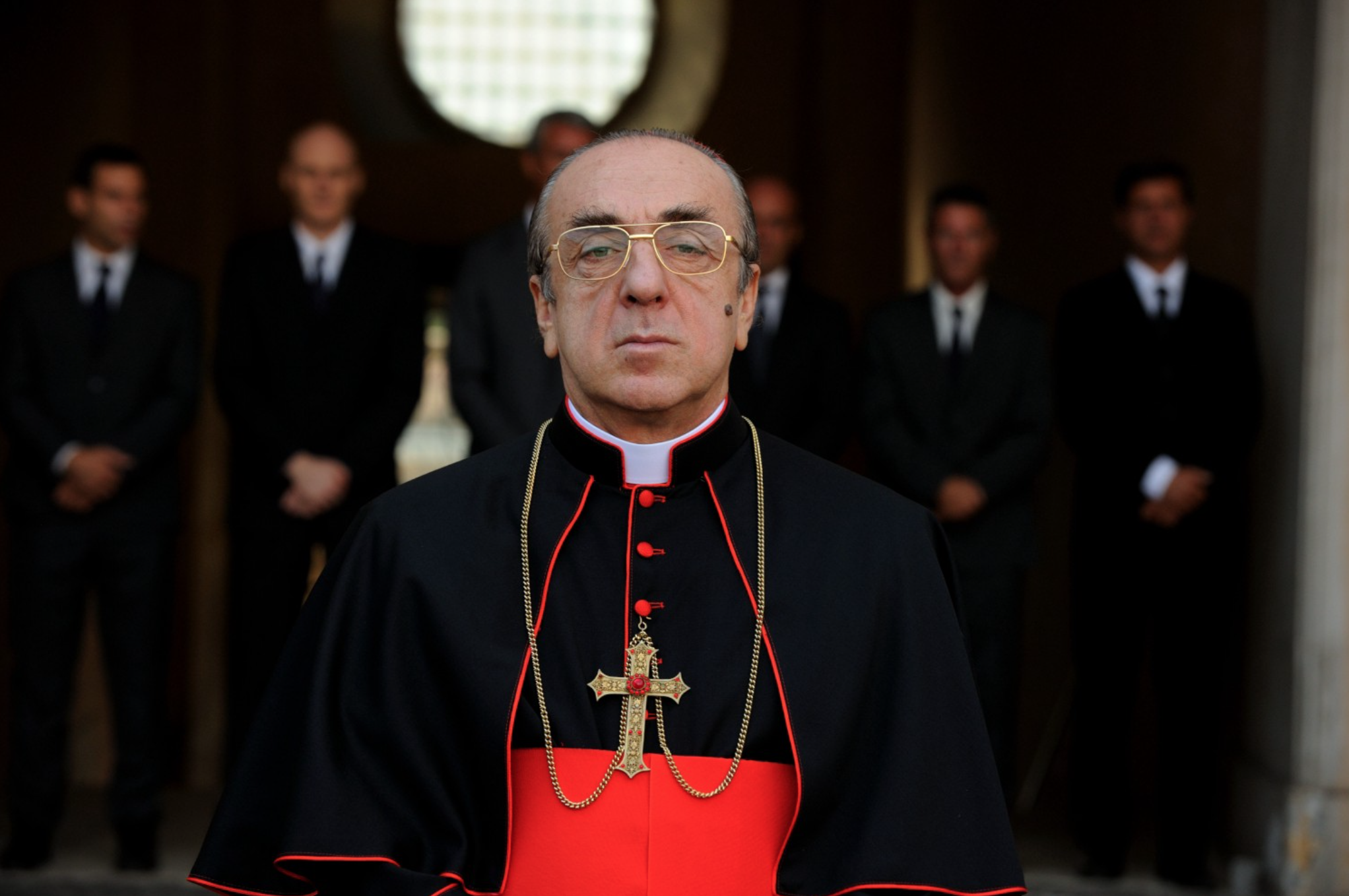 Voiello is greatly concerned by the declining Church attendance and income under this new Pope. It’s so bad they may have to resort to selling pieces of art if things continue to decline so rapidly. No one donates money, attends church, or even visits the Vatican as tourists after the tone Lenny has taken as Pope. He assures Voiello the faithful will return, and he doesn’t care one iota that the church is more hated now than it has been in decades. This frank disregard for the stature of the Church makes Voiello to ask him, “Your Holiness, who are you really?”

Andrew finds himself in an awkward situation. He and Lenny have been friends, and almost brothers, since they were both children in the orphanage. It’s clear they don’t see eye to eye on certain things, but they still care for each other nonetheless. We get a glimpse of Andrew in Honduras, where he’s having a threesome with a married woman and her husband. The bisexual nature of this act alone would get him kicked out of Lenny’s church, so it’s awkward that as Prefect of the Congregation of the Clergy he now has to use Lenny’s written instructions about how to root out people to reject from entering the clergy because of sexual preferences or other things in their pasts. It’s clear he doesn’t believe Lenny’s ideas to be right, but he must follow through on them anyway, which leads to the sad refusal of admission to a would-be priest named Angelo. Andrew looks embarrassed at the meeting, and later when Angelo confronts him at a restaurant for murdering his dream of serving God, his true nature shines. After Angelo throws a glass of wine in his face and runs away, Andrew runs after him, and then comforts him. At the end of the episode Angelo jumps to his death from a building in St. Peter Square. It will be interesting to see what effect this suicide has on either Lenny or Andrew. 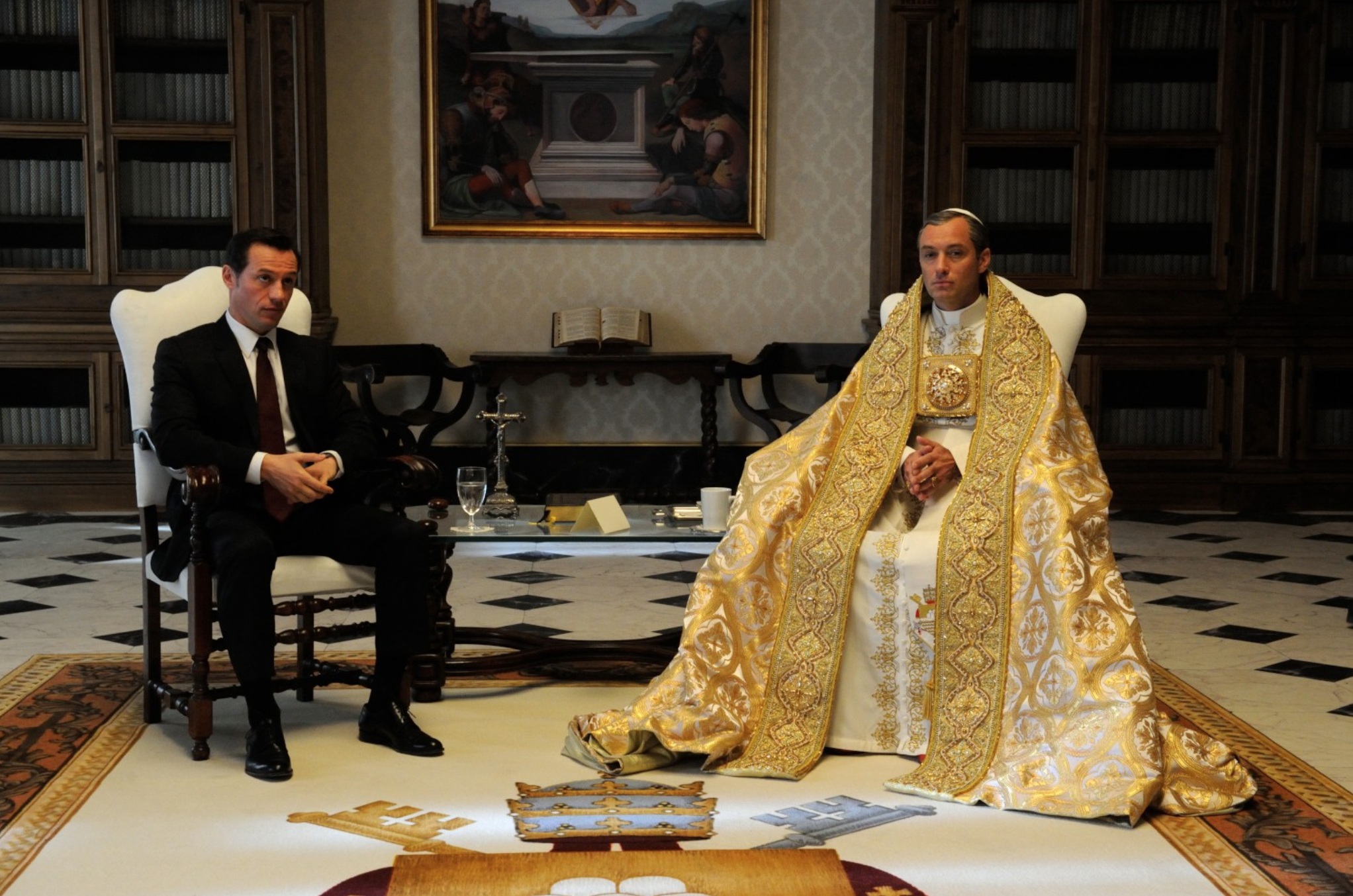 There’s a tense meeting between Lenny and the Prime Minister of Italy, both of whom are young and good looking. They butt heads immediately, with the Prime Minister telling Lenny he no longer has to care what the Catholic Church thinks when he passes legislation because its power is so diminished. Lenny in turn gives him a list of demands/suggestions that gets scoffed at. Both men give as good as they get in this pissing match, but it’s hard to tell who has the upper hand, though they both believe they do. Lenny threatens to install the antiquated Papal order of non expedit – which decrees it as unacceptable for Catholics to vote in Italian elections. Basically Lenny threatens to do everything in his power to unseat the Prime Minister if he doesn’t get his way. Both men believe the other is bluffing, and the Prime Minister goes immediately to a press conference to tell the world he and the Pope do not see eye to eye on progressive policies. It’s anybodies guess as to who comes out on top since both men are playing the same game.

A couple of other interesting revelations happen in this episode. Sister Mary tells Andrew she too was an orphan, and was abandoned by her parents when she was three. She tells him Lenny must never know. It’s clear why she sympathizes with Lenny, she understands where he’s coming from. A detective also comes to question Voiello about the disappearance of the faith healer Tonino. We saw the Pope and Cardinals in his house at the end of the last episode, but what did they do to get rid of him? Will the police find the connection between them all, and if so will it end up being the Pope’s downfall?