In the aftermath of Lenny’s first public address as THE YOUNG POPE, the church scrambles to undo the damage and confusion his performance has had on both the members of the Catholic Church and the media. Will Lenny double down on his harsh words and actions or does he soften and take the advice of his mentor and others?

One of the more interesting aspects of The Young Pope, and likely unintentional when it comes to American politics, is the way Lenny reflects the same spirit and harshness of the incoming Trump administration and America’s political turn towards nationalism in an era of “Alternative Facts”. Lenny’s ability to believe himself to be right no matter what contradictory facts are laid out in front of him, surround himself with sycophants who will parrot or be amused by his actions, and his willingness to destroy anyone who disagrees with him or gets in his way, is chillingly prescient at this point in time. Where a Pope should be compassionate, Lenny is a tyrant, where a leader should bring people together and unite them in love at the beginning of a new reign, Lenny wants churchgoers to live in fear, to step out into the darkness in order to find the light. Like a mirror of our own political reality, a previous era of light and hope gives way to darkness and fear as a new regime takes power. Will Lenny’s actions destroy the church and the very foundation of the institution from which he wields his power? Or will those who helped elect him realize their folly and move to hold his power in check before it is too late? 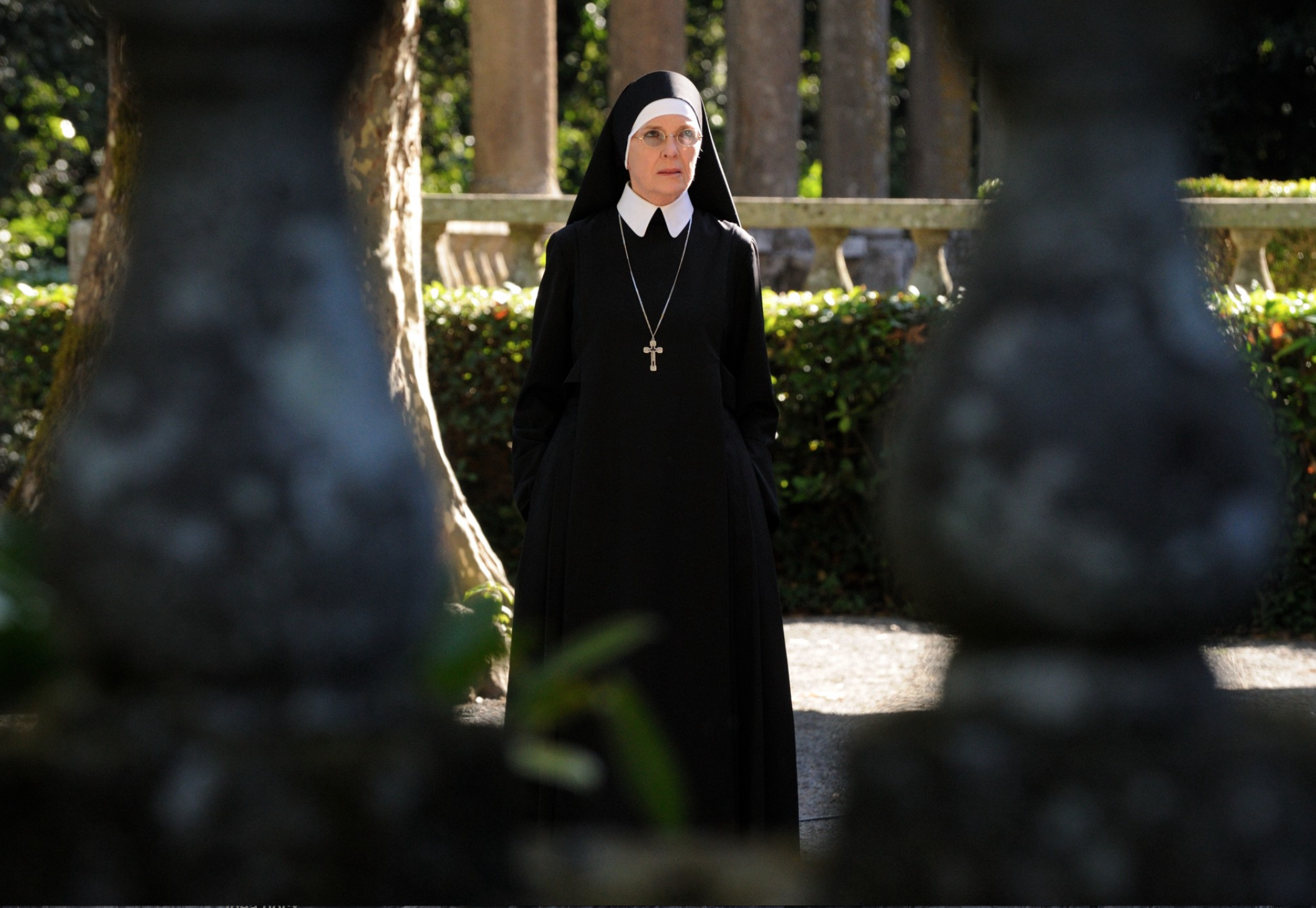 It’s telling that when Lenny spouts off his worldviews and visions for the church, even his surrogate mother Sister Mary has a look of concern on her face. Her ability to mostly conceal from him her doubts, as well as to keep her façade of solidarity with Lenny’s views in the face of Voiello’s concerns and questioning are impressive. Deep down Sister Mary is deeply concerned though. When Voiello suggests a press conference be held to clarify the message of his first homily to a confused public, it is Sister Mary who must read the words dictated by Lenny to the media. These words only solidify his disdain for those who don’t understand what he’s saying, and Sister Mary seems uncomfortable with theses words coming out of her mouth no matter how brave a face she puts on. Even she questions and fears Lenny has gone too far.

When a parent or a surrogate parent doesn’t want to have anything to do with you anymore, it should be a bit of a wake up call. Perhaps it is. We do see Lenny praying loudly, calling out to for guidance from a God who doesn’t seem to speak to him at all. Spencer gives Lenny a harsh truth when he comes knocking for advice, and states the obvious problem with Lenny’s approach to the Church. Since Lenny was abandoned by his own parents, actually rejected by them in his mind, he desires them even more. So in a move that replicates his own internal struggles, he rejects the body of the church in hopes that out of their own darkness they will desire God more. He presumes the over a billion members of the church want the same thing he does, but Spencer sees it all for what it really is and tells him, “You’ll be a terrible Pope, the worst and most dangerous in modern times.” 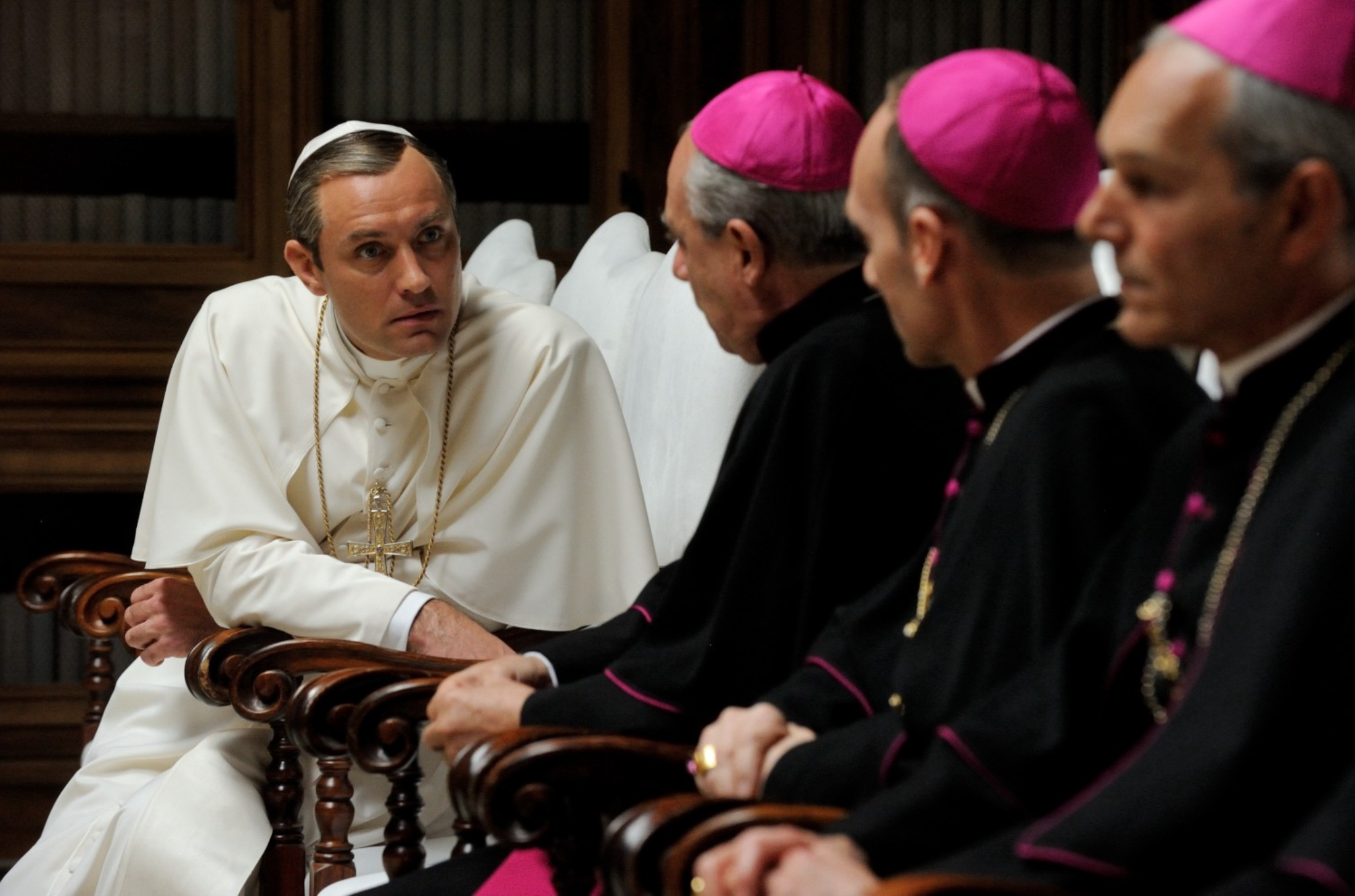 It’s curious how someone with the temperament of Lenny was able to get voted into the position of power he found himself in by the Conclave of Cardinals. The other two people in the running were his brother/fellow orphan Andrew, and his mentor Spencer. The reason Lenny’s actions weigh so heavy on Voiello, besides the obvious rejection of the Church’s traditions, is that Voiello orchestrated the ascension and nomination of Lenny because he believed Lenny would be a bridge between the progressive leanings of Voiello and the conservative ideas of Spencer. He foolishly believed Lenny would take council from both of them, but instead what they got was a mess. When he admits it to Lenny, Voiello becomes so angry he shouts out the F word. The moment of truth has consequences. We see how vindictively Lenny dresses down Cardinal Ozolins by sending him to Alaska, and in a just as vindictive way, Lenny demands papers from the library that detail the deposing of a Cardinal. He is going to have Voiello removed from his Cardinal position out of spite.

The thing Lenny has been unable to grasp is how political the Vatican is, and how much power Voiello wields. Lenny underestimates him. The way Voiello has been able to have such a grasp on things, and control and steer the course of the Vatican is to know others secrets and exploit them, or hold them over the person’s head. He shows Guiterrez exactly how he does this when he shows up in the man’s room unexpected, sitting amongst the stuffed animals on his bed, with the knowledge and proof that Guiterrez is an alcoholic. Voiello threatens to tell the Pope about his problem, but will hold off if Guiterrez gives him information. As Lenny’s closest confidant, he will be able to tell Voiello things which may help him get the upper hand. Simply put, it’s blackmail, but with his chips down, Voiello will do anything that may help him check Lenny’s power. 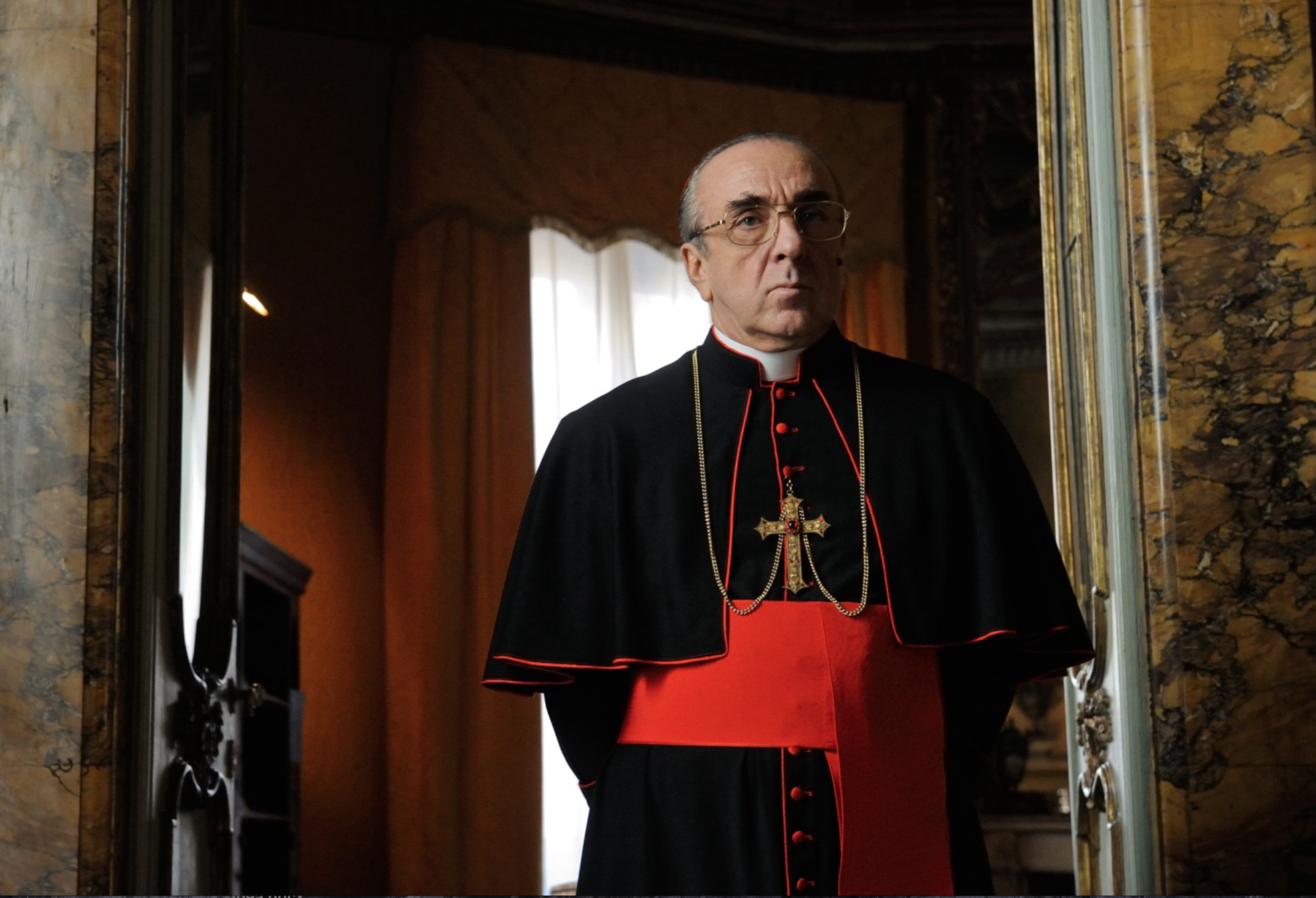 There are a couple curious things that pop up in this episode that may play out bigger as the series continues. The first is the Kurtwell case. He’s an Archbishop accused of sexually abusing children and he needs to be dealt with. The problem is his institution provides 40% of all new priests in North America, and must be handled delicately. The other is Esther. We’ve seen her before. She’s married to a member of the Swiss Guard who protects the Pope, but seems unhappy in her marriage. Lenny notices her standing alone in St. Peter’s Square night after night, and then has her brought to him. There’s a strange attraction between the two, and I’d be surprised if some sort of romantic or sexual relationship didn’t take place between them as the series progresses.

The Young Pope continues to be an entertaining, beautifully shot, near satire of what happens when a tyrant becomes Pope. It’s worth tuning in for just to watch Jude Law as a force of destruction and fear as the head of the Catholic Church. You don’t even have to be religious to enjoy it.