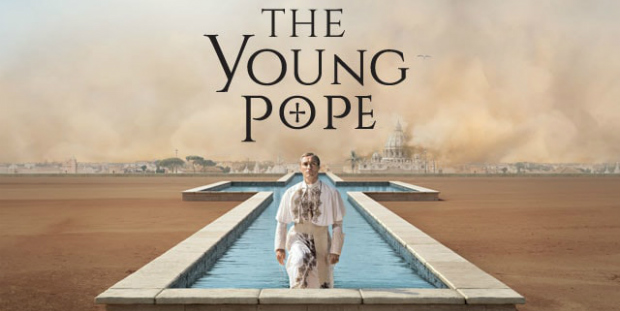 THE YOUNG POPE turns conventions entirely on their heads, shocking his fellow Catholics who begin to fear what Lenny has in store after his first public address. Veillo and Sister Mary begin to see things similarly, and Lenny’s old mentor rejects him outright. Lenny’s a man alone before God, but if he cannot connect with his fellow Catholics will he be long for the office?

We’ve already seen that Lenny can be vindictive, cold, and stern when confronted with people and ideas he doesn’t like, but in this second episode he takes things even further. In a break with tradition, he decides he will not allow his image to be used for Papal merchandise, even though the sale of this merchandise makes up a huge percentage of the Vatican’s budget. Lenny is someone who gets what he wants, and doesn’t care about the consequences. He tells a story about the former Archbishop of Boston who was famous for never washing his feet. When Lenny became his boss, he sent the Archbishop three letters. One had a transfer to Alaska in it, another a bar of soap, and the third had a note that simply told the Archbishop to choose. The Archbishop chose the soap. Then Lenny sent him a fourth letter congratulating him on choosing the soap, and letting him know he’d find plenty of water to use with it in Alaska. 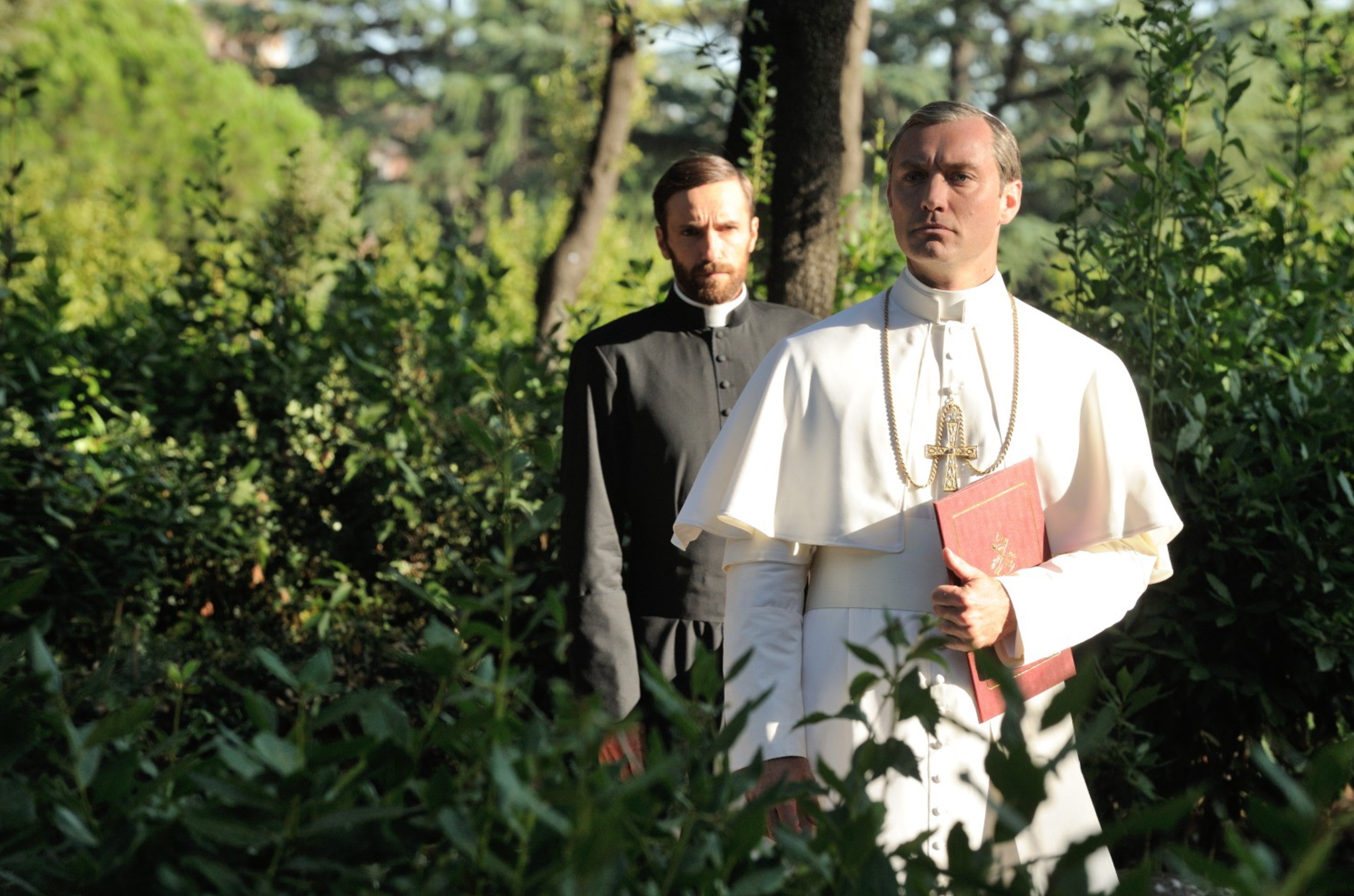 In a meeting with Sofia (Cecile de France), who is in charge of marketing for the Holy See, he tells her he wants to be the Invisible Pope. She’s to fire the Papal photographer, and when Lenny addresses the masses the lighting is to be so dim that the only thing anyone will see is his silhouette. Sophia tells him that would be media suicide, and Veillo agrees, but Lenny has other ideas. He asks her who are the greatest artists of the 20th century? When she can’t answer, Lenny tells her it is Salinger, Kubrick, Banksy, and Daft Punk, all of whom refused to allow themselves to be seen or photographed. This is the kind of marketing he tells her to aim for.

We learn things about Lenny in this episode that begin to shed some light on why he acts the way he does. When he was young, his parents dropped him off at Sister Mary’s orphanage and used fake names so Lenny would never be able to track them down again. He was abandoned by his real family, and so the only family he’s ever known are Sister Mary, his mentor Cardinal Michael Spencer, and another orphan Sister Mary raised as her own son named Andrew Dussolier. In a telling flashback which is the mirror opposite of Lenny’s experience, when Andrew is greeted by Sister Mary at the orphanage she tells him to call her “Ma”. Lenny is only allowed to call her Sister Mary, but why? Andrew and Lenny are friends, but there seems to be a rivalry between them as well that I hope the series delves deeper into.

Sister Mary and Cardinal Spencer have become surrogates for the parents that abandoned Lenny when he was young, but he’s built up walls and defenses around himself that appear to make him incapable of feeling love. There’s a moment in the premiere when he tells another priest he doesn’t believe in God. Lenny let’s his statement linger a moment, and then tells the priest he’s kidding, but is he? He later tells Sister Mary he can’t see God because he can’t see his mother and father. His father figure completely rejects him when they finally come face to face after the Convention of Cardinals. Lenny seeks Cardinal Spencer’s approval, but all he gets is contempt. Spencer believes Lenny screwed him out of being Pope by some shady backroom deal with Veillo, and now wants nothing to do with him. He tells Lenny, “You’re the Pope now, and you’re all alone, just as you’ve always been. You’re nothing!”

This rejection by his father figure does something to him, makes him feel the need to chase down his real parents. He grills Sister Mary about them, but she doesn’t have the answers he’s looking for. Though rejected by Cardinal Spencer, Lenny begins to turn his scorn on Sister Mary as rumors she is the real Pope start flying around. He disrespects her in public, and in front of Veillo, to prove his point. Lenny wants to feel loved, but is unable to love anyone else. Becoming Pope changed his relationships with both of his surrogate parents and now he’s mad, and begins lashing out at anyone and everyone around him. 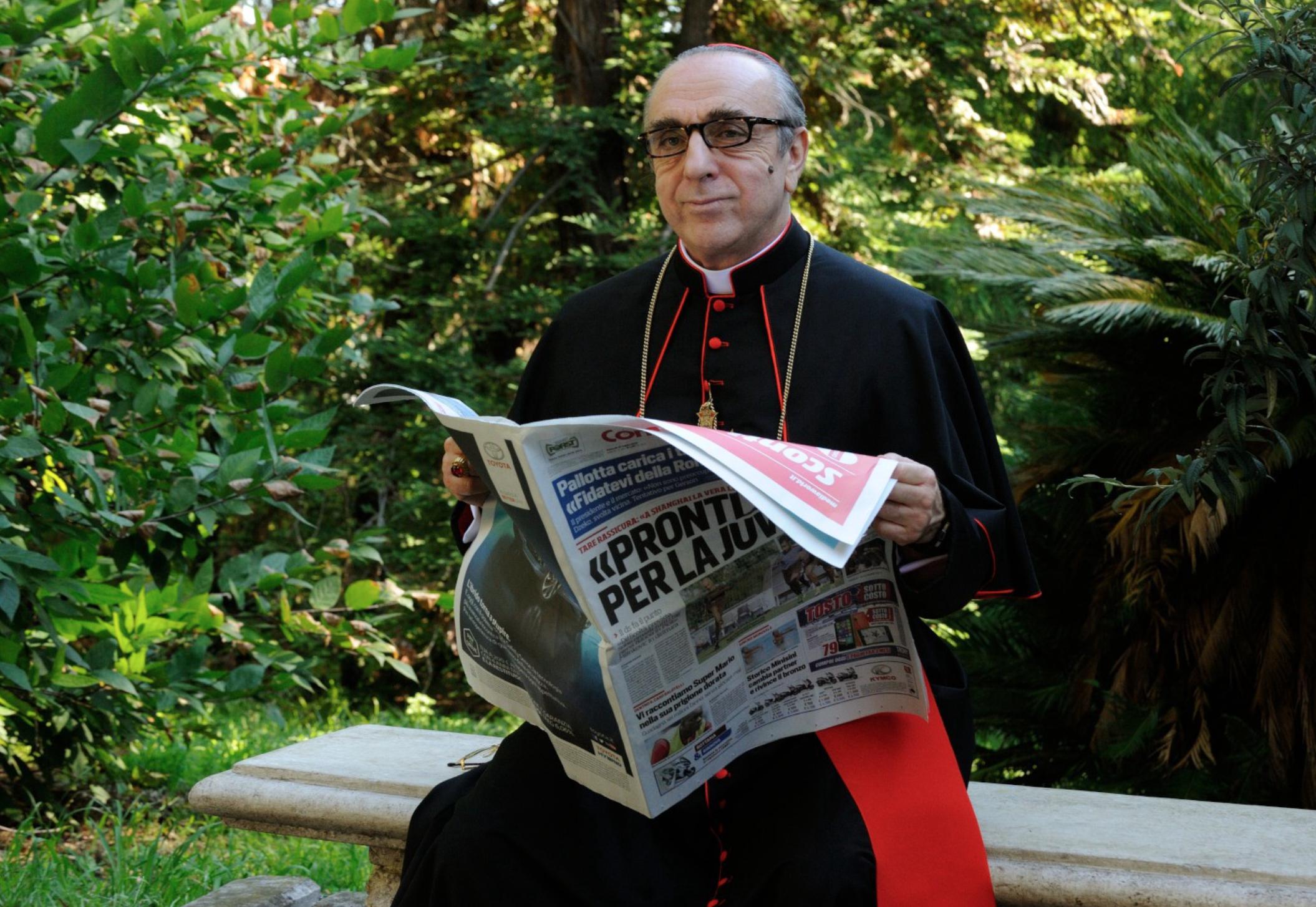 Lenny flexes his power in harsh ways to the people who’ve been in the Vatican a long time that may oppose his ascension. First he took on Veillo who has become nothing more than a caged lion, although he’s found common ground and a kinship with Sister Mary even though she follows him around like a private eye, spying on him for Lenny.   The next person his cold and silent wrath fixes its gaze on is the Prefect for the Congregation for the Clergy. Lenny asks if the Prefect voted for him during the convention, and the Prefect answers truthfully that he didn’t vote for Lenny even once, because he is a conservative and the Prefect is liberal. Lenny then asks him if he is a homosexual, and when the Prefect answers truthfully that he is, Lenny has him removed from office. When Lenny finds out Cardinal Ozolins is spreading rumors Sister Mary shares the Papal rule, Lenny has the locks changed on his office, and has him removed from his position without even telling the Cardinal. 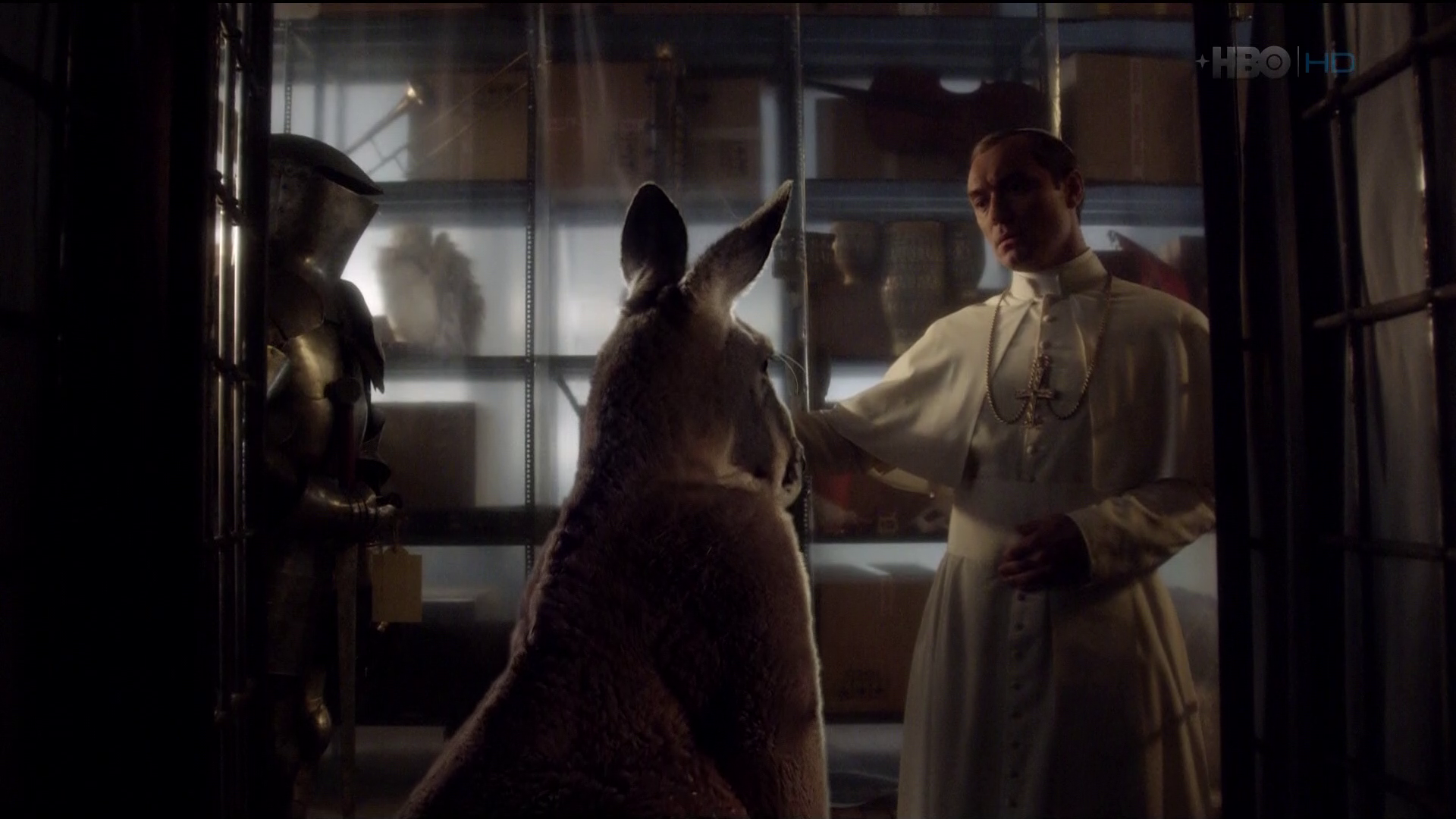 Even though Lenny is capable of the harshest and most cruel actions against others, he has moments of strange and miraculous insight and ability. While inspecting the warehouse that holds all of the Popes gifts that arrive, Lenny comes face to face with a caged kangaroo sent by the Australians. Lenny opens the cage, and the scared, nervous kangaroo becomes relaxed and docile in his presence. Sister Mary believes him to be a living Saint, but others don’t quite see it. During his first address his cruelty comes out in full force upon the crowd gathered to hear him speak. He berates them for not being good enough, speaks down to them like he doesn’t care about them, and tells them they don’t deserve his love when someone asks to see his face, and another person lights him up with a laser pointer. His speech is a fiasco. His words repulse the Cardinals and all in the Vatican who listen to it. As Lenny flees the stage, the sky fills with lightning and a downpour begins. It’s the exact opposite of what happened when he dreamt of this moment.

Veillo feels responsible for bringing this abomination on the Catholic Church by pushing for Lenny to become the Pope. He prays for forgiveness as he holds his secret handicapped son. Veillo feels it is up to him to atone for his sins and save the Catholic Church. Will Veillo be able to stop Lenny from the destructive path he’s on, or will Lenny pull the walls down with him like Samson?