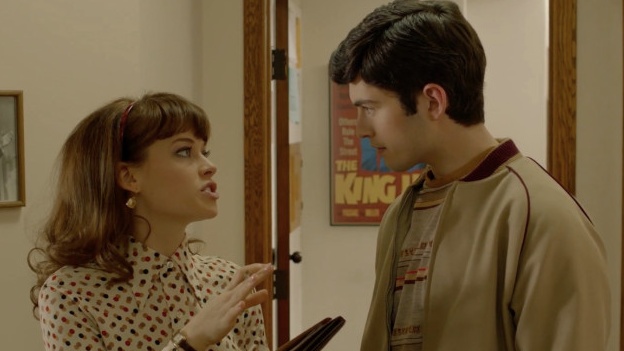 The only thing I knew about Johnny Carson was that he was the host of The Tonight Show and the famous show opening “Heeerrrrreeee’s Johnny!”. And I only know that second part from The Shining. There’s… Johnny! is an effective half-hour comedy-drama. It reminded me of why I wanted to get into the business in the first place.

Nineteen-year-old Andy Klavin (Ian Nelson) moves to Los Angeles from Nebraska when he receives a letter from Carson in response to his fan letter. However, the reality of the big city hits quickly. Luckily for Andy, The Tonight Show is understaffed, and he becomes a gofer for Joy Greenfield (Jane Levy) on the show slowly failing upwards and navigating the Hollywood scene. 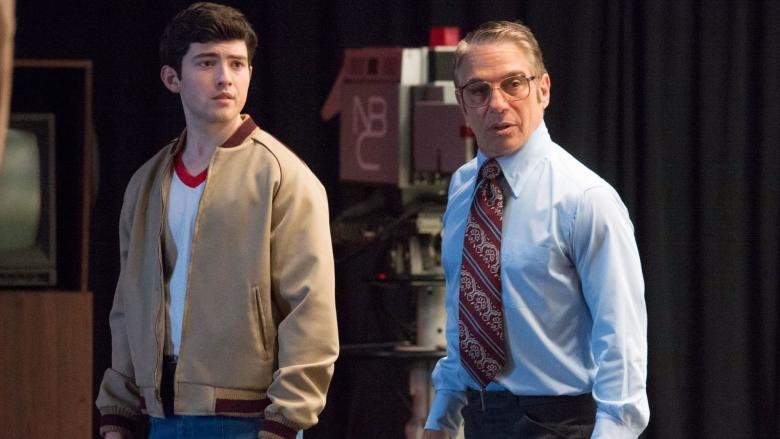 The first thing I wanna say is that Ian Nelson completely sells Andy as a character and without that, this show wouldn’t work period. We see everything through Andy’s eyes and throughout this first season, as things get dark for all the characters on the show, his earnest Midwestern attitude never wavers. And trust me by the season’s end things are dark as we leave our characters in their various cliffhangers.

I know most people will disagree with me, but this show is more of a drama than a comedy. Seeing as this takes place during the seventies, this show tackles serious issues with tact. There’s an episode where Joy has to deal with pay equality after receiving her co-worker’s check by mistake. The show doesn’t dance around this either as she goes to her boss Freddie de Cordova (played by none other than Tony Danza), to ask him how is it possible that her co-worker has the same job with the same responsibilities and gets paid much more. This show also deals with sexism and homosexuality in smart ways that worked into the storylines.

Andy makes a friend outside of work with Rasheed (Camrus Johnson). He’s a character who struggles with the problem most middle-class black folks do. When we last see him, he has a big emotional moment that rings so true to the “experience”. My hat goes off to Paul Reiser and David Steven Simon as they wrote all seven episodes which walk a delicate line in the subjects they tackle in this show while still making this revolve around The Tonight Show Starring Johnny Carson.

Speaking of writers, another aspect that rang true was the group of eccentric writers and their room that this show features. Showing how underappreciated they are, as well as expendable, as there’s a whole subplot near the season’s end dedicated to if they’re all going to be fired or not. What makes this storyline poignant is the fact that when some layoffs do occur, it is so matter of fact and unceremonious it is almost like a slap in the face. 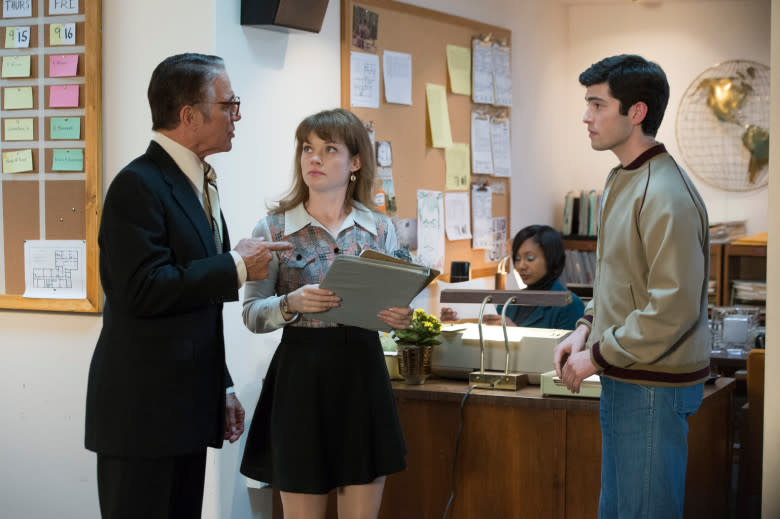 Credit due also to David Gordon Green, who not only is an executive producer, but also sets the tone for the first two episodes he directs. The first ten minutes of episode one has a gee golly earnestness to them. It has a surreal-like quality to them which works for when Andy lands in L.A. and that’s when the TV-MA rating kicks in really quick. But, I was seriously surprised by how much the cinematography pops out in certain scenes and shots.

Another standout is the underrated Jane Levy, an actress I admire. No matter what she stars in, she always brings life and great performance to the character she’s playing. That doesn’t change here with Joy Greenfield. Joy is a very layered character that’s handled with grace. Seriously, with different writers and a different actress, this character could’ve easily veered into a very sexist stereotype with slut-shaming going. Thankfully, we learn what makes her tick and despite Joy being Andy’s boss he falls in love with her with an admiration that never waivers despite the other people Andy and Joy see throughout the season.

This show makes clever use of archival footage of the show, Johnny, and the various guests weaving them in seamlessly with the narrative of the show. Think Forrest Gump except far better and not a gimmick. Seeing Jerry Lee Lewis and Johnny interacting in the archival footage drove home that they didn’t like each other at all.

One thing I want to address though is the white privilege Andy happens to stumble into. From the time he steps off the bus in L.A. things just happen to fall into his lap with ease all the way to the final episode. Yes, the character does struggle, but to see everyone so sympathetic to his situation and make crucial mistakes that would get someone else fired. Even other white guys call out his privilege and how he just happens to “luck out”. 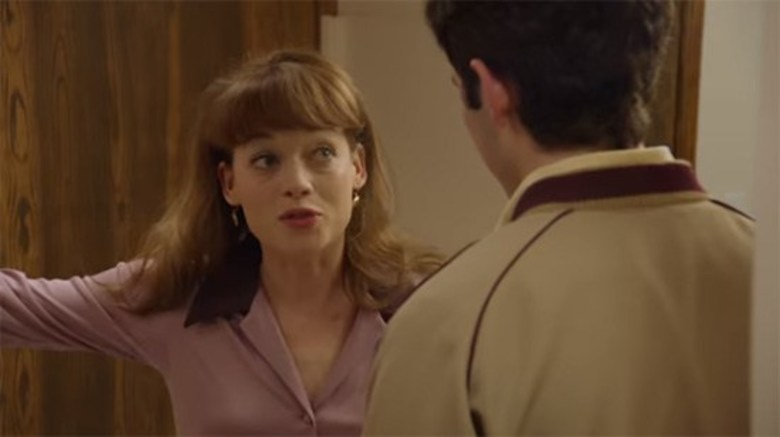 After, finishing the season I did some quick background checking, so for those of you wondering, no this is not based on a true story. All the characters except for Freddie are fictional and Reiser wanted to do something in this era with Johnny Carson. As Johnny’s estate is very protective of his public image, this show took ten years to get made due to his estate. As this was supposed to debut on the comedy streaming service Seeso in August until it folded. Hulu was smart in picking this up. With all the talent attached to it, it’d be a waste to see it fall by the wayside.

I really hope Hulu greenlights another season of this as There’s… Johnny! is highly entertaining despite its flaws. I enjoyed following the characters and keeping this around seven episodes is a smart move. With Difficult People gone, Hulu needs another comedy to fill the void. There’s… Johnny has enough laughs and good drama to make it worth checking out. Now that Vice Principals is over, hopefully, David Gordon Green can come back and direct some more episodes as well. And he can bring Jody Hill aboard to direct too.