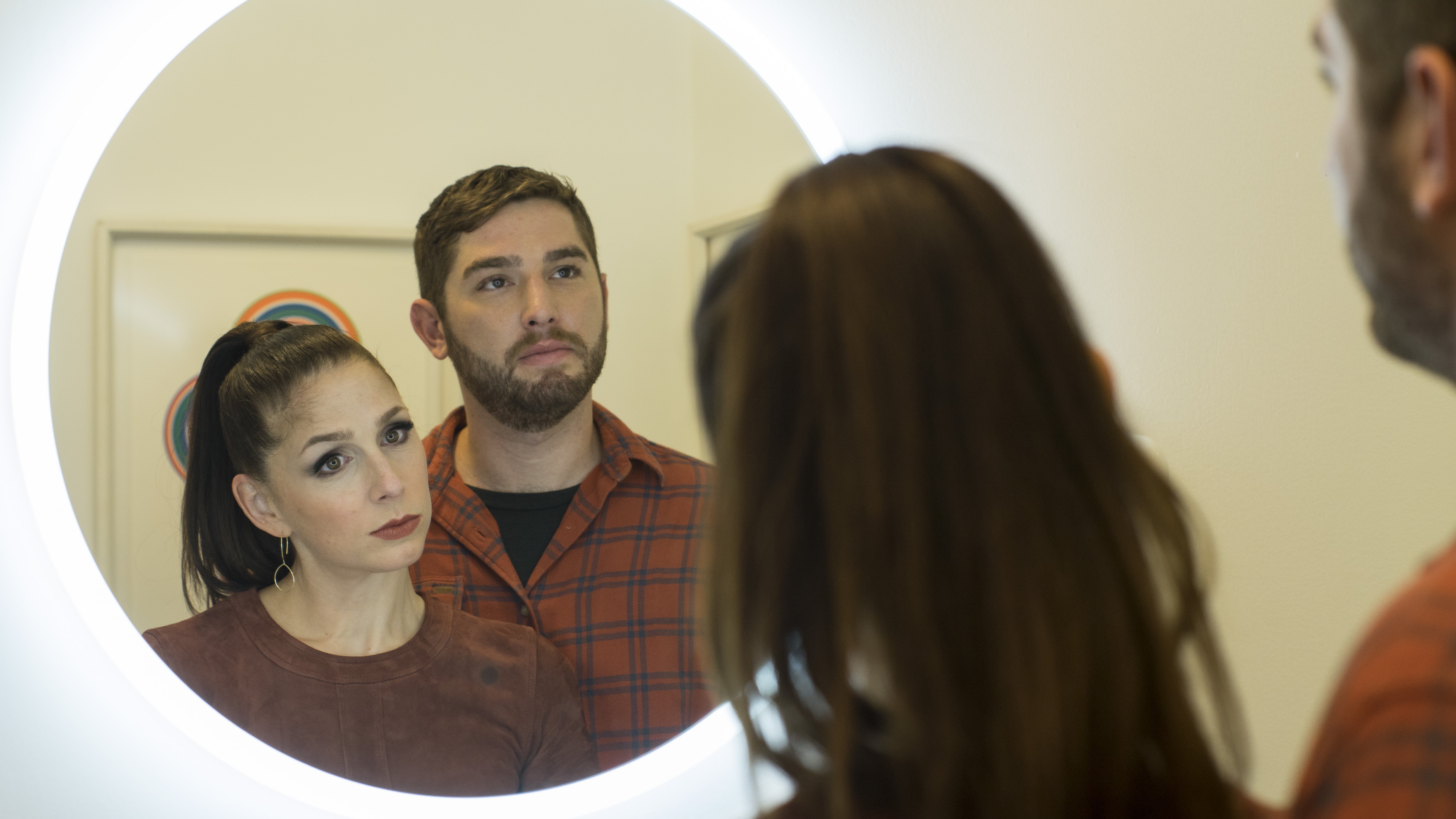 This Close by nature is unlike anything we’ve seen on television before. And yet, it feels overwhelmingly familiar.

A half-hour dramedy series written by and starring deaf actors Shoshannah Stern and Josh Feldman, This Close follows Kate (Stern) and Michael (Feldman), two deaf best friends. Michael is a successful graphic novelist struggling with writer’s block and reeling from his break-up with his fiancé Ryan (Colt Prattes). Kate, meanwhile, is happily engaged with her non-deaf boyfriend Danny (Zach Gilford) and steadily rising in her career in PR. The two of them have been inseparable since childhood, navigating the pitfalls of their disabilities, love, and life.

It’s as saccharine as it sounds. But while the series can become borderline cheesy, This Close can often slip in profound insights into the lives of the hearing impaired. It’s a disability that has been slowly gaining attention in television, most notably in the ABC Family (now Freeform) series Switched at Birth, which featured a lead deaf character played by Katie Leclerc, and featured scenes shot entirely in ASL (American Sign Language). But other than Leclerc and Marlee Matlin in a recurring role on The West Wing, deaf actors have rarely been given the spotlight to the extent that other disabilities have. 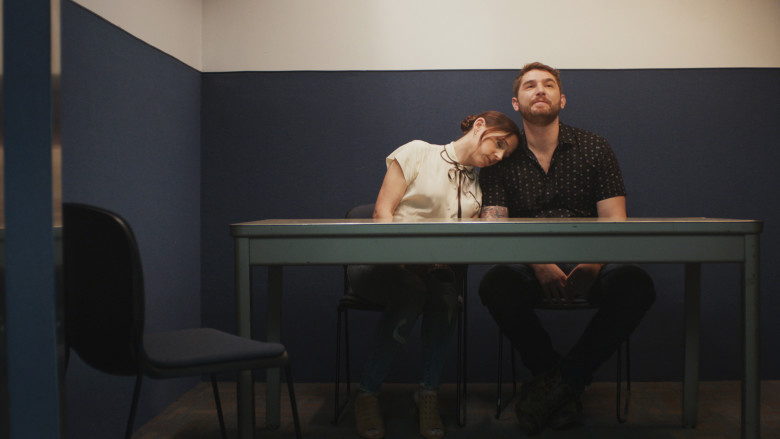 And never has it felt so normal. There are scenes that play out entirely in ASL, with audiences unfamiliar with the language forced to rely solely on subtitles and Stern and Feldman’s broad expressions. But the narrative of This Close is fairly mundane, dealing with writer’s block, cheating exes, and boorish bosses at work. But the series suffers from its short six-episode order, often resorting to escalating small conflicts into full-blown disasters.

Stylistically, This Close got a quirky yet grounded feel akin to a low-budget indie film, with scenes awash in sun-drenched natural lighting, and ambient noise of the streets or nearby birds playing over the silent conversations between Kate and Michael. Cinematically, This CLose barely indistinguishable from an HBO half-hour comedy like Girls. This is both the show’s boon and its bane. I felt like This Close made half-hearted attempts at actually depicting a deaf person’s experience. There are a few moments of exciting visual experimentation: At a dinner conversation with Danny’s boss, Kate struggles to understand their furtive business talk and instead narrows in on their lips and pretend the two of them are having a stimulating philosophical discussion. “I think we can never know the full reach of the universe. It’s unknown,” a subtitle reads as Danny’s lips move to speak about the quarterly financial figures. It’s a playful glimpse at the visual limits that This Close could test — especially with a disability that relies so heavily on visuals.

This Close could pick up some cues from Matt Fraction and David Aja’s Hawkeye, a comic book that made a ground-breaking venture into depicting the perspective of a deaf character. In fact, with the This Close’s ties to graphic novels, I’m surprised a reference was never made. Hawkeye received acclaim for its depiction of its titular hero after he loses his hearing, only able to communicate through ASL and lip reading. When people speak to him, the conversation bubbles only show squiggles, with random words that he picks up through lip reading or guessing. The entire issue is a visually exciting experiment that embeds readers in the isolating effect of losing one’s hearing, forcing you to pick up visual clues or else learn ASL. 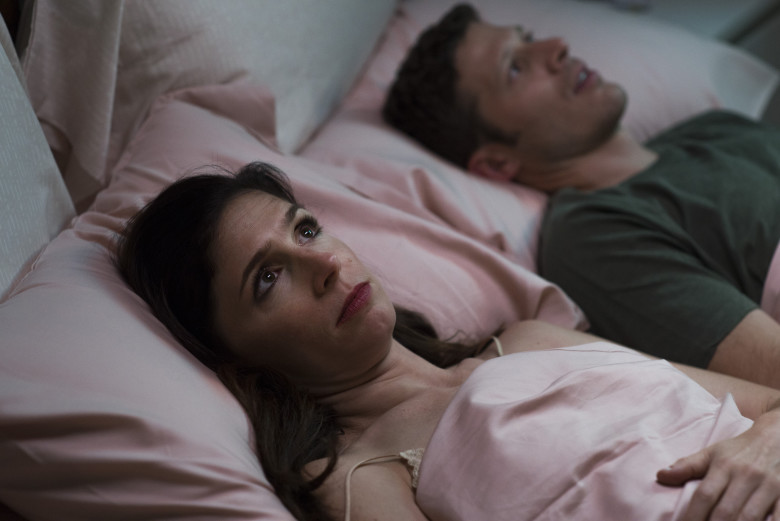 A scene similar to this plays out in This Close, when Kate struggles to understand her fast-talking boss at work, the majority of the conversation playing out through distorted static except for a few random phrases. It’s jarring and isolating, but only appears one more time in the series in an explosive fight with her fiance.

But This Close isn’t interested in accommodating you into the “deaf” experience. “I’m really happy that all of you are here, you came to learn from our stories, that’s great,” Kate stormily admonishes the attending audience of a disability panel in episode 2. “But then what? You move on from this and we fade back into the shadows. To be honest, it doesn’t even feel like it’s our stories that you’re telling, it feels like stories you want us to tell. You focus on our disability but not who we are.”

This Close isn’t interested in being an after-school special — though it’s not above using itself as a platform to educate, or sometimes chastise viewers’ for their knee-jerk sympathy. We’re as normal as you, Kate and Michael seem to say, and screw you if you don’t think so. It’s evident in the sordid sex trysts that Michael goes on as rebound from Ryan, and his exorbitant drug use. But these edgy subplots are where This Close stumbles — the series excels when it’s being sweet and a little bit cliché. 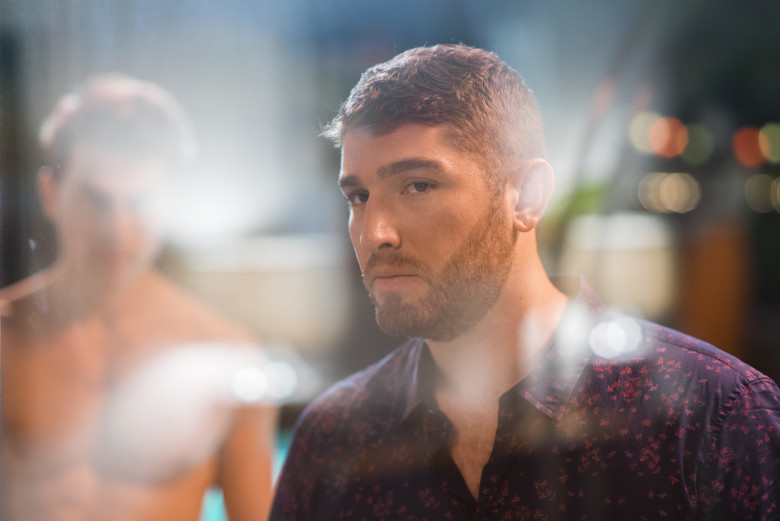 This may be partially blamed on Feldman, whose performance as Michael is alternately stiff and over-exaggerated. He gradually loosens up throughout the series, but it’s not quite enough to sell his story arc as a spiraling tortured writer. But Stern gives a breakout performance as Kate. Kate is the true emotional heart of the story, and Stern lends her a warm, empathetic aura paired with a stunning gift for comedy. The supporting cast, especially Gilford as Kate’s fiancé and Matin as Michael’s recovering alcoholic mother, are just as impressive as Stern. The exception is Cheryl Hines’ flighty turn as Kate’s boss, whose cartoonish persona is distractingly out of place in a dramedy that leans more towards drama.

While This Close feels at points to be earth-shattering, it is profoundly earthbound. It’s not quite as ground-breaking as it thinks it is, but earnestly tells a necessary and compelling story that could not have been told by anyone else.