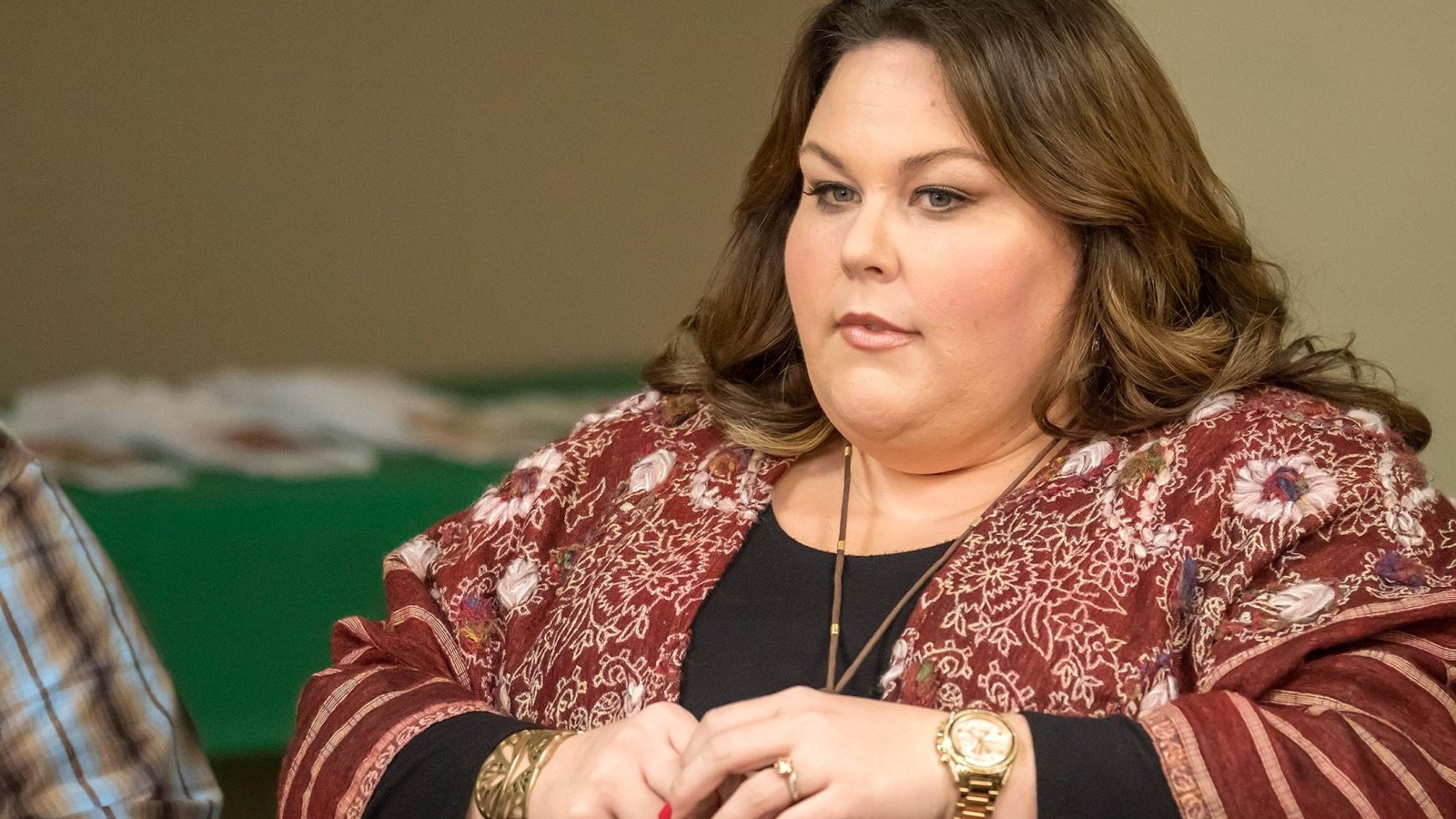 No show is perfect. That’s why there is the reviewer – to point out what works and what doesn’t work. This week’s episode titled “Clooney” had one major flaw. A flaw that made me go from loving the episode to wishing I stopped it one minute before the episode ended. If I would’ve just hit the stop button on my DVR, this would be a much different review.

Last season, the writers effectively used surprise endings and melodramatic beats to keep the viewers engaged and interested to keep tuning in every week. The surprise reveals set the show apart from all the other new shows on the tv screen. Let’s be honest, who saw that ending coming in the pilot episode? If you say you did, I simply don’t believe you. While those beats worked extremely well the first season, it’s hard to keep that up for another season.

For the second season, the writers decided to expand and create a “How did Jack die” overarching storyline for the entire season. Dropping clues here and there, each building off each other. By the end of the season, we will know how Jack died and the events leading up to his death and the aftermath. While its a storyline that keeps the viewers engaged, it’s also a huge distraction from what makes this show truly unique – a show about life’s simple moments. The last minute of Clooney is what everyone will be talking and tweeting about. There are no batteries in the smoke alarm. It’s another huge clue that pertains to the mystery regarding Jack’s death. And rather than talk about what a beautiful, simplistic, slice of life episode Clooney was, it’s an episode that gave us the defected smoke alarm.

Now I’m not saying that Jack’s death isn’t important. It is. It’s significant to the lives of Kevin, Kate and Randall and who they are as people today. As we have seen throughout seasons one and two, each carries the weight of their father’s passing. They not only have their memories of their father, but their decisions are shaped by their father’s influence. It’s helped define them as people. So Jack’s death is important. But the mystery of what happened to Jack is a storytelling mechanism that doesn’t add to the story if anything its a distraction. It takes away from beautiful moments we should be talking about like when Kevin watches Rebecca lay her head on Miguel while watching HGTV, a moment that says so much about their relationship without using any words. Or when Miguel tells Kevin and Randall about the dreams their father gave up to raise them while eating chicken wings at the mall in the in the flashback storyline this week. It’s the small moments and conversations that makes This Is Us a unique show. Not the mystery surrounding Jack’s death. 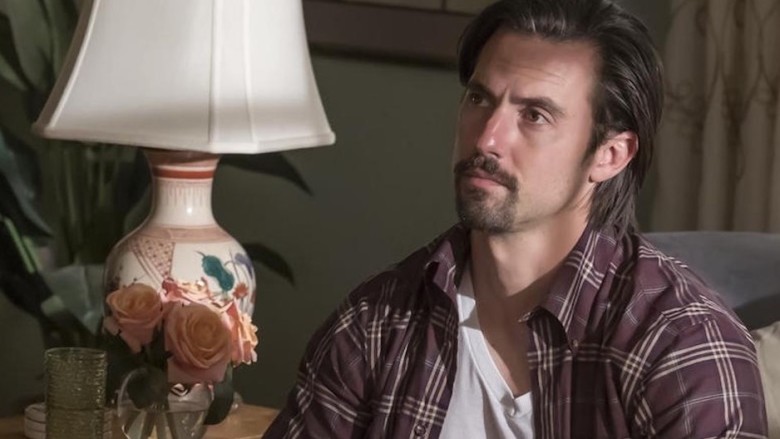 Now on to the remaining 58 minutes of the episode. Each Pearson has moved on with the lives after the epic therapy session. Kate is on the hunt for a wedding dress. Randall is on a mission to find a mystery woman William wrote a poem about, and Kevin moves in with Rebecca and Miguel after rehab. Also, Clooney, William’s cat, travels the city streets to find a new home with a young boy similar to how he stumbled into William’s with back when he was alive. It’s an episode about discovery and recognition. 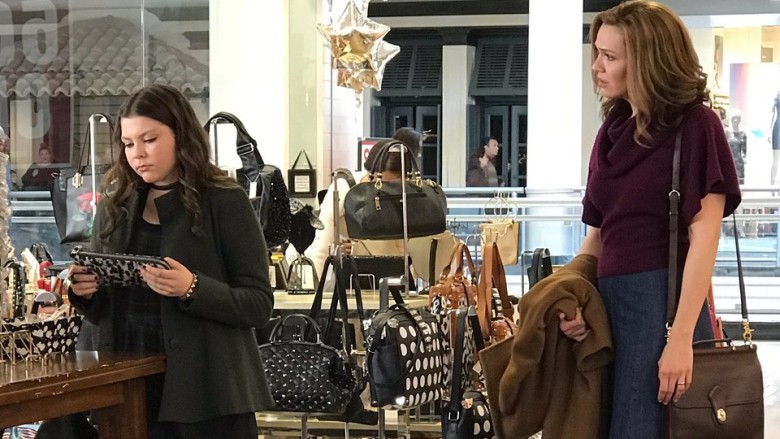 During last week’s therapy session, Kevin tells Kate that her weight issues stem from addiction, a trait that got passed down from Jack. This week’s episode explores that statement as we watch 1997 Kate try on dresses for winter formal. She has a number written on her wrist. It’s her goal size number. And when she takes her dream dress back to the fitting room to try it on, it fits. She got her weight down to fit her goal size. It’s a moment of celebration, instead, she feels the opposite. She still has that voice inside her head telling her it’s still not good enough. So she tries on the smaller size because she’s used to not fitting into clothes. Present day Kate shares that same story to her new best friend Madison after a day of wedding dress shopping and the elevation that Madison is purging her food. It’s a step closer for Kate to come to terms with what her brother her said last week.

Last week we got to see Miguel away from Rebecca and sharing a beer with the other significant others, Beth and Toby. This week, the episode explores Miguel’s character further. Kevin and Miguel have never gotten along since Rebecca and Miguel got together. And in this week’s episode, Kevin finally gets to ask the one question that’s been eating away at him. Was Miguel in love with Rebecca when Jack was alive? Miguel gives him the perfect answer – no that wasn’t even a possibility. And when Kevin asks Rebecca if she’s happy with Miguel, Rebecca also gives a perfect answer. It’s a “quieter and older” relationship, but she is happy. It’s these two conversations that take a small step in the right direction towards Kevin’s acceptance of his mother and stepfather’s relationship.

Randall’s storyline was probably the weakest of the big three, which is something I don’t think I have written before. After picking up the last box from William’s old place, Randall finds a poem written by his father about a woman. From there, he’s on a mission to find out who this mystery woman is. Only to find out he wrote about a Billy Holiday mural that is outside his father’s apartment window. But it’s this mission that inspires Randall’s next project. With Beth’s help, the two of them will buy William’s old building and turn it into a proper housing unit for the tenants.

Not a lot happens in this episode. It’s a subtle episode. An episode that didn’t have major storylines, but rather embraces life’s discoveries whether it’s about a relationship, yourself, or a way of life you often don’t think about. This is why the last minute of the episode felt so jarring. The last minute of the episode decided to forget about the subtle nature of the episode and flip it on its head with a melodramatic plot point. It wasn’t necessary to make the fire alarm the last beat the episode, but it certainly continues the conversation. Maybe next week will be the huge reveal.