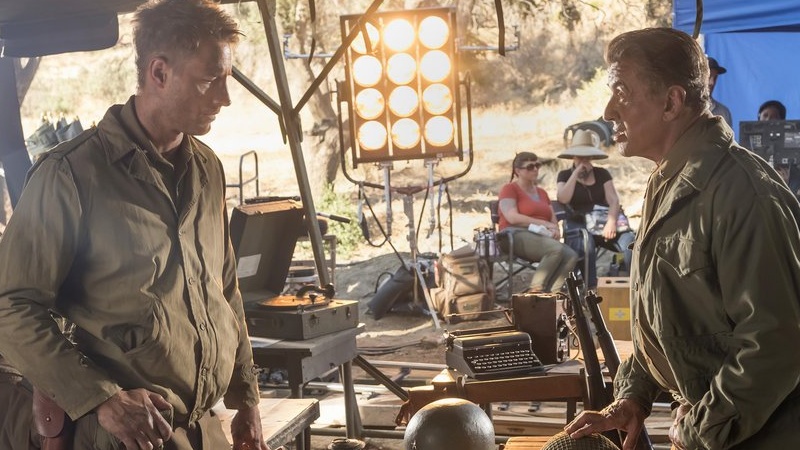 I had the moment Kate had when she met Sylvester Stallone.  I had a fever and I should NOT have been working, but I couldn’t pass up the chance to meet the one person that shaped my childhood.  So I worked.  And I greeted him with a smile when he entered through the side door at my workplace.  My face was already flushed with a fever so no one knew that I was definitely blushing in his presence and he definitely did not think I was “fan-girling” which I totally was.  It was the best situation I could’ve landed myself in.

But meeting Sylvester Stallone wasn’t the point of the episode.  He was there to serve as a reminder to Kevin and to Kate that they still have not recovered from their father’s death.  And while Kate has been upfront about her issues regarding her father, Kevin has only had a few scenes here and there to show he hasn’t come to terms with his grief.  Before I dig into the episode, it was great to see Sylvester Stallone in such a large guest role in this episode.  His scenes with Kate were so much fun to watch.  I am happy to watch Kate’s interpretation of Rocky all day long. 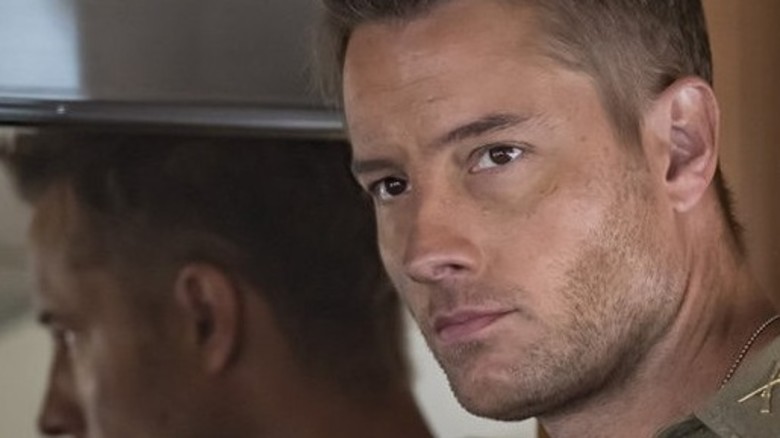 Season two is about peeling back the layers to the family that we grew to love in season one.   And finally it’s Kevin’s turn.  Kevin has always been the least developed character.  He’s a successful actor.  He’s has recently won back the woman of his dreams.  And now he’s working with Sly on a big budget Ron Howard film.  Everything is naturally easy for him, which always has him questioning why.  It’s this reason that makes him the least relatable of the Big 3.  He doesn’t seem to have our normal life struggles.  That is until this episode.  This episode peeled back another layer to Kevin.  It made him more identifiable.  He is his father’s son.

Obviously, the pain killers in the last scene showed Kevin’s potential road for addiction much like Jack with alcohol.  In fact, the last scene was a bit too on the nose.  But this episode revealed the stoicism in both Kevin and Jack.  The episode opens with Jack in AA.  He is three weeks in recovery and it hasn’t been easy.  He confesses in the meeting that he is having trouble talking.  He is having trouble talking to his wife and discussing his feelings.  He was raised to be a man and in order to be a man, he cannot show expression.  “Men are supposed to talk about their issues these days.  The strong, silent type is out.  Guys like that sensitive kid on My So Called Life are in, at least that’s what my daughter taught me.”  And when Sly gives condolences about Jack’s passing to Kevin, it’s Kevin who doesn’t have the words.  He isn’t ready to deal with his feelings so he messes up at work and fights with Kate. 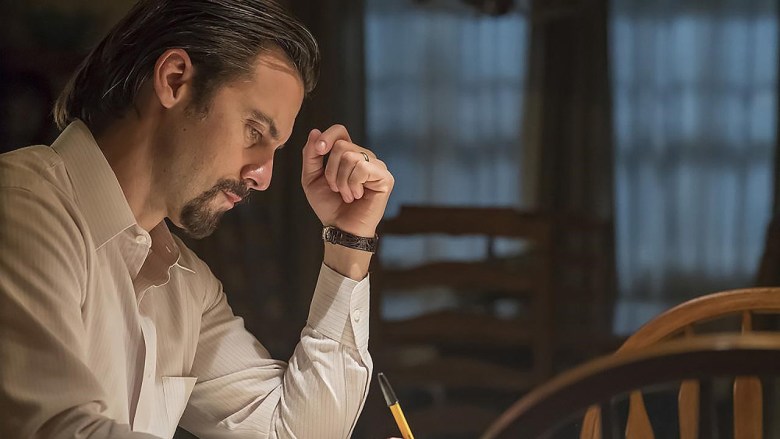 While I liked both Kevin and Jack’s storylines this episode and I thought they worked really well together, the episode felt disjointed.  It didn’t have a great flow.  And that’s because the two storylines didn’t flow with the third storyline – Randall’s.  Randall needed to have his own episode – so much story to tell and it could only be told in a third of an episode.  I felt robbed.

Randall this episode was very much in character and predictable.  He is a type A person being put in a very unpredictable situation.  Him and his family are fostering a twelve year old.  A child who has had a tough life,  He can’t “win” over Deja yet.  It’s a situation that takes time.  Time, which will be difficult for Randall but rewarding.

But this wasn’t the Randall show this episode.  Instead, it revolved two girls.  Deja, who now finds herself in a new house with a new family, and Annie who asks Deja to spend the night in her room because she remembers how William felt the first night.  It was a memory that brought all the feelings.  Little Annie coming down the stairs to find William trying to escape the house.  She tells him about a time she was too scared to sleepover at a friend’s house and had to be picked up.  But she now knows if she stayed, she would have had a good time.  It’s a simple, but beautiful moment between two characters – one deceased and the other carrying a scene for the first time.  It’s a reminder that this show isn’t about family, it’s about extended family.  When Randall sits Deja down near the end of episode and explains that he was adopted which is why he wants to foster, it’s a reminder that blood relations do not matter, it’s how the relationships are built that create a family.  Perhaps this could be Deja’s.

When talking to Kevin on set, Sylvester Stallone said “There are memories that mean something and there are memories that don’t.”  This Is Us capitalizes on the memories that mean something.  It’s what makes this show so warm and comforting even when it feels bleak.  This season is significantly darker than last season and we’re only on episode three, but I’m in for the ride because with so much darkness in the news right now, it’s nice to take a break and be with a family who love and support one another even when things are difficult.