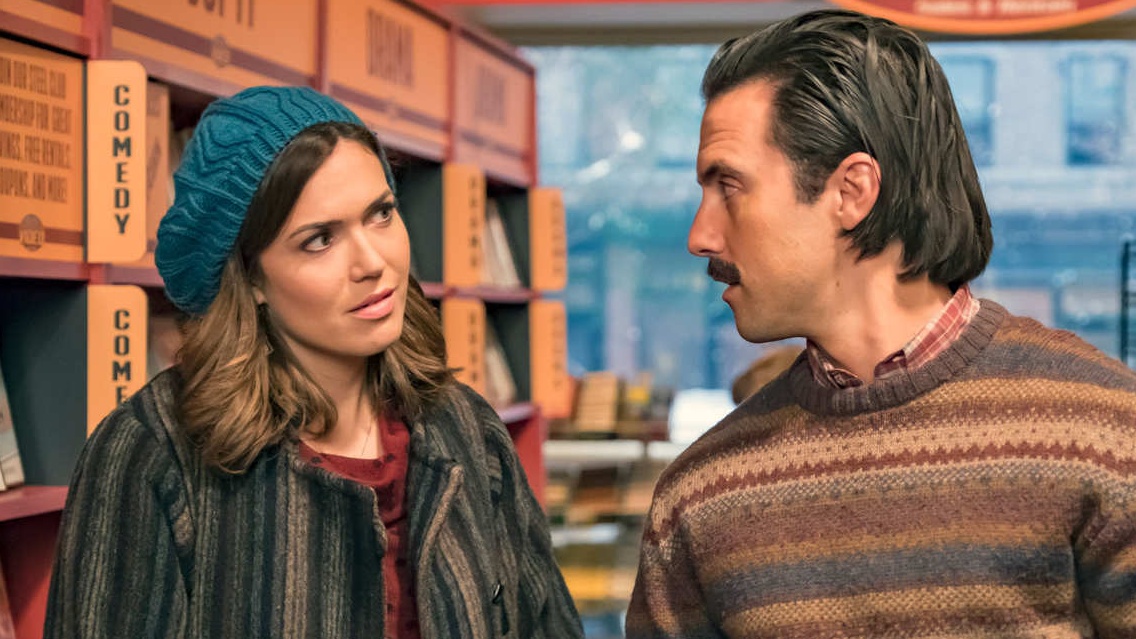 This episode was nostalgic escapism at its finest. Nothing really happens in the episode. No major plot points. Nothing shifting our perspective or sending the series in a new direction.  But I was hooked from the opening scene in the video store to the end with the exchanged looks between Randall and Beth when Deja enters the kitchen with her hair cut short.  It was an episode that reminded me of my own family, made me reflect back on the past, and addressed hard topics like racism in a beautiful way.  With all the horrific news going on right now, this was a perfect episode to escape the darkness and remind us that all we can do is our best.

As television seasons shift from 22 episodes to 13 episodes and the trend of binge-watching continues to grow, it makes an episode like this rare.  An episode that isn’t in a rush to keep the season moving, but allows us just to take a step back, breathe, and enjoy the company of the Pearson’s.

We open the episode with ten year olds Kevin, Kate and Randall in a video store each picking out  a movie.  Do you remember the feeling of rushing into the video store to find your favorite movie only to discover it’s already been checked out?  Kevin discovers this feeling when he wants to watch the Karate Kid.  It’s at the video store when Jack realizes that Kevin has a temperature and the chicken pox.  And pretty soon half the house has the chicken pox, leaving Rebecca stuck by herself with her visiting mother, Janet, who cannot leave because of a major snow storm.

Two weeks ago it was Kate complaining to Toby about her mom visiting.  “Every time my mom comes to visit us, she comes in hot, looks me up and down like she’s fitting me for a freaking bra, and then starts criticizing me with these seemingly innocuous questions.”  Now it’s Rebecca who has to deal with her mother’s criticism.  It’s an interesting flashback storyline to watch as Rebecca deals with what Kate was feeling two weeks prior. 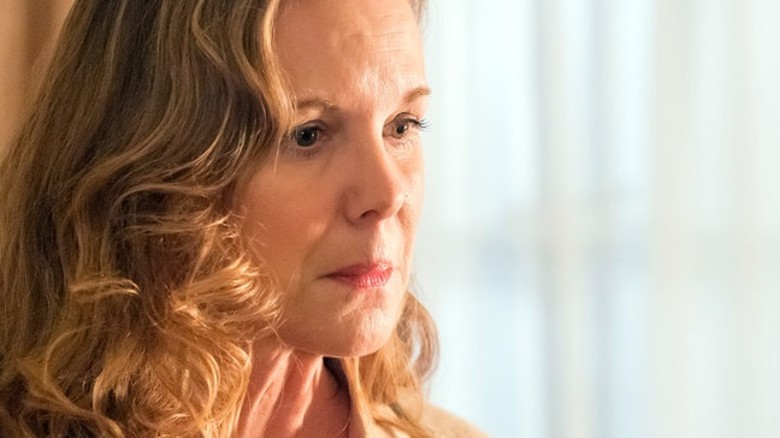 Janet Mason is not an easy person to like.  But unlike Rebecca we don’t have her flashbacks to fill in the pieces (most likely we would find out her mother was even tougher on her).  Instead, what we see is Janet criticizing Rebecca’s house, telling Kate to keep the smaller dress size and use it as a “goal” dress – she’s ten, and distancing Randall from the twins because he is black.  Leading up to an epic monologue from Rebecca yelling to her mom “You’re a racist!”.  It’s a scene that still feels authentic in present day as we still continue to struggle with racism in today’s society.  Unfortunately little Randall overhears Rebecca saying to this his grandmother, which promotes a very delicate and very This Is Us type of conversation on how racism takes many different forms.  Moving forward, Randall will always have a different outlook about his grandmother.

Little Randall’s attempt to get the chicken pox so he can be in the science fair is such a Randall move – it’s adorable.  The ambition and drive in him is something that never disappears in him as grown up Randall continues to attempt to win the trust of Deja, the twelve year old girl that he and and Beth are fostering.  And unlike a lot of storylines that are often tied in a nice bow, Randall and Beth continue to struggle to gain Deja’s trust.  Beth has a touching moment with Deja as she combs her hair.  It’s a moment that feels like a breakthrough as Deja confides in her, entrusting Beth to keep her secret.  But the trust disappears once Randall reveals to Deja that Beth told him her secret.  Another attempt at bonding ends with Deja pulling herself father away. 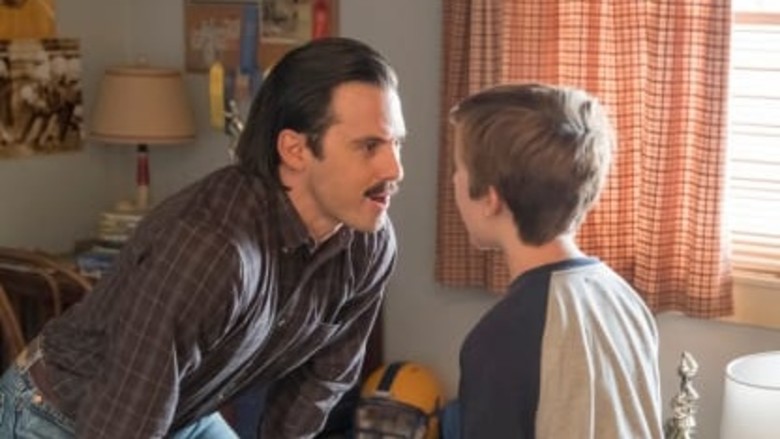 While Kevin’s storyline was not the main storyline this episode, his storyline is the one that brought the tears.  I’ll overlook the fact that it makes absolutely no sense that Kevin would travel around with his high school football reel that his father created or the fact it somehow was converted from VHS to DVD, instead let’s talk about his memories with Jack while he is on the operating table and his confession to Toby on why it’s so important to not let his leg ruin another opportunity.  Truthfully, I would watch Jack teaching little Kevin how to growl through his pain with the chicken pox or watch father and son shovel the snow together in their plaid pajamas just so Rebecca’s mom can get the hell out of their house, all episode long.  This is the type of This Is Us that I love to watch.

I am purposely not mentioning Kate and the big reveal at the end because I enjoyed this episode so much that I don’t want it ruined.  Jack’s death was never mentioned.  There was no heavy plot centric storyline about what happened to Jack.  Instead, “Still There” did what This Is Us does best.  It’s a warm and fuzzy show that allows us to sip hot cocoa by the fire and escape the world for an hour.   While episodes like this probably cannot sustain, I request for more.