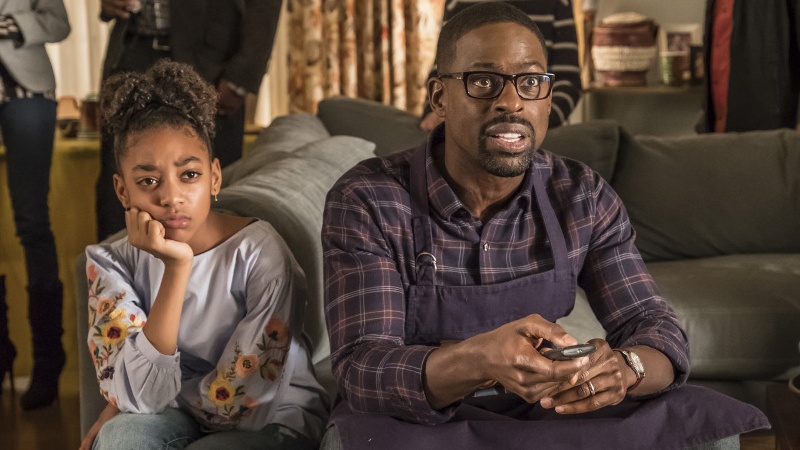 Gosh, I don’t even know where to start. First, I am thankful that my roommate decided to hang out in his room so he didn’t see the steady stream of tears falling down my face for an entire hour. Second, as soon as the episode ended, I wanted to call my parents to tell them I’m thinking of them and to thank them for being awesome. But with them living on east coast time and me on the west, it was too late to call. And lastly, we’re closing a chapter of the Pearson’s life that has consumed us for thirty-one episodes, one in my opinion that played out too long, and now we’re headed to a new chapter, a chapter that includes flash forwards.

Sunday’s episode brought a lot of powerhouse scenes – scenes that I will be thinking about for most of the day. But it’s also hard to pick which ones to focus on. So we’ll start with the structure of the episode. With it being the “after the Super Bowl episode”, this episode needed to have a strong beginning hook to grab the attention of the new viewers. It needed to re-introduce all the characters for viewers tuning in for the first time, but also push the story forward for those who have already been watching the show. And there needed to be a surprise reveal, after all, we are watching This Is Us. And for the most part, Sunday’s episode perfectly titled “Super Bowl Sunday” did just that.

The episode started just how the last episode ended – the fire. A five-minute action sequence with Jack rescuing Kate from her bedroom, the Pearson’s escaping the fire by going out the bedroom window, and Jack going back in the house to retrieve Kate’s dog and collect some family mementos along the way. Jack survives. He walks out of the house. It’s a perfect sequence for those who are just turning in, an epic house fire, and a huge payoff for those who have been watching the show.  And thankfully Jack doesn’t die in the actual fire!

Last year, Randall was the MVP of the season. His arc, in particular with William, anchored the show. For this second season, which has been a bit scattered, the MVP is Rebecca Pearson. She has been the pillar of strength for her three children and tonight we watch her literally take on that role with Jack’s passing at the hospital. It would have been very easy for This Is Us to go for the jugular and show Jack having the catastrophic heart attack with the doctor’s attempting to revive him. Instead, the show takes a step back and allows for space. In a terrific shot, we watch Rebecca on the phone attempting to get two hotel rooms while we see the chaos behind her. We know what’s happening, we don’t need to physically see it.  We see the aftermath with the reflection of the lifeless body from the window when Rebecca goes into Jack’s room. From that moment in the hospital to the end of the episode as she sleeps with her children, Rebecca’s role shifts. She becomes Jack’s role – the rock for her family. 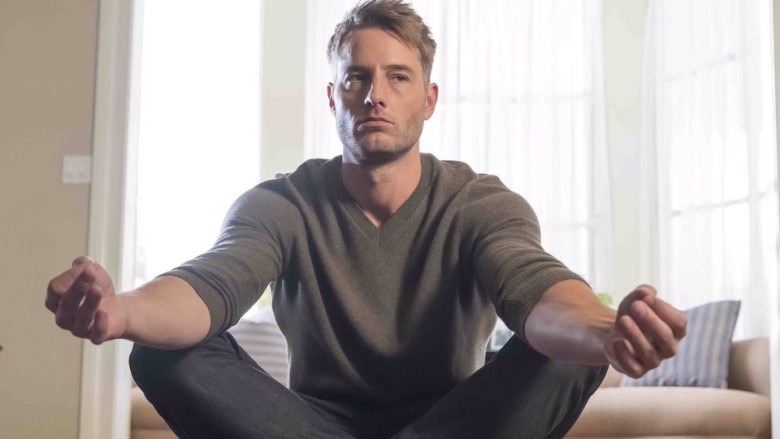 The present day storylines served more of an exposition purpose to get the new viewers up to speed on the story. Very simplistic – Kate wallows, Kevin avoids, and Randall celebrates – yet by the end of the episode each one has taken steps towards acceptance and peace of mind in regards to their father’s death. Toby’s presence in Kate’s life has made her less self-loathing. Kevin finally has a conversation with his dad and can check his name off the list. And after the pet family lizard dies, Randall comes to terms that no celebration can ever really cover up the loss on this particular day.

Now for the surprise reveal. With it being such an important episode, both for the story and time slot, I knew there was going to be a surprise somewhere but I didn’t expect that. The little foster boy that we all assumed would eventually end up in Randall’s home is actually a boy older Tess, Randall’s daughter, is helping to get fostered. In a touching present-day moment between Randall and Tess, who felt like she wasn’t enough for her dad, Randall gets her to promise that she will have dinner with her father once a week. And in a flash forward, we see just that. An older Randall visiting his daughter at work. A beautiful reveal, perfectly executed. 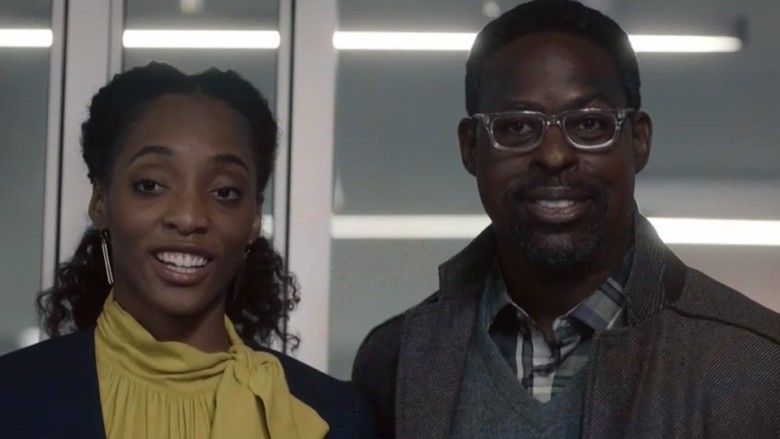 This episode felt like a transition episode, an episode that is slowly closing down one chapter and starting a new chapter.  While we’re obviously not saying good-bye to the past, we are saying good-bye to a mystery that has gone on for far too long and we’re possibly looking at an exciting new chapter that shows us what the future holds.  And despite the sad subject matter, I felt hopeful by the end  This episode was hard to pull off because there were so many factors going in to it because it was the post Super Bowl episode, but overall I thought Dan Fogelman and the writers did a pretty good job.  The good-bye continues this Tuesday as another episode hits us before the Winter Olympics.