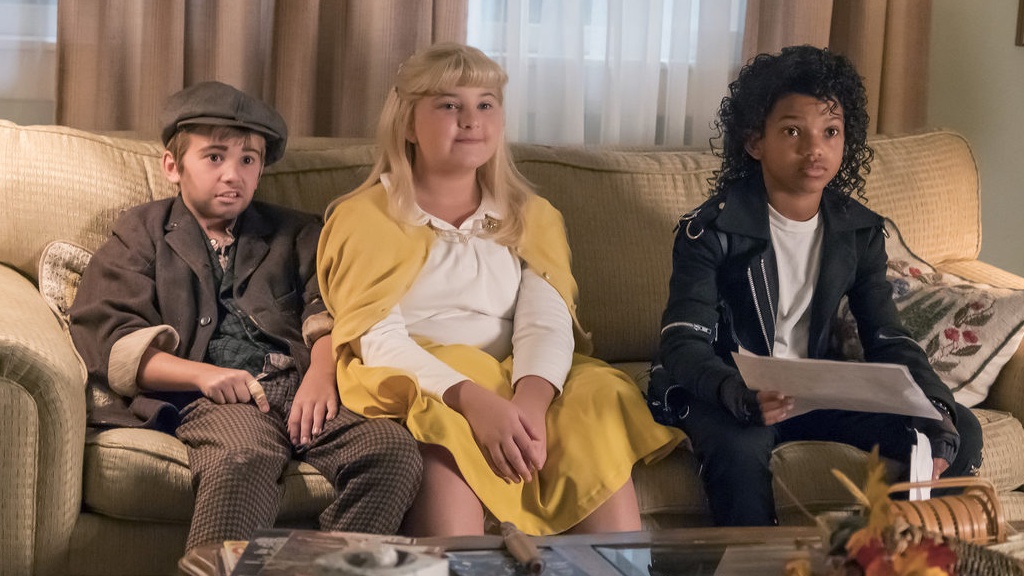 “The happiest moments will also be a little sad,” Rebecca tells Randall right after the birth of Randall’s daughter.  It’s this message to Randall that encapsulates this week’s episode as we celebrate Halloween with the Pearson’s.   It’s the moments that should be our happiest, we’re often reminded of something that’s missing or a fear holding us back from truly celebrating.  For Rebecca, she just watched the birth of her granddaughter and she wished that her husband was sharing this moment with her.  The entire episode is in the past as the big three deal with life in their 20’s – a time that’s supposed to be the best years of their lives.  But it’s Rebecca navigating the rocky waters on Halloween night with Randall and in 2008 with the birth of Randall’s girl that steals the episode this week.

This season has mostly been about Jack.  From the mystery surrounding his death to his recovery with addiction and his relationships with his children – it’s been the Jack show.  But this week’s episode put Jack’s better half Rebecca in the driver’s seat.  Reminding us that not only does Mandy Moore do an amazing job being Rebecca Pearson, but more importantly Rebecca is also trying to figure out how to live without Jack, something the show has very rarely ever shown.  Often, Rebecca is portrayed in the role as the triplet’s mother rather than a woman with her own set of needs and desires.  She’s busy raising three kids in her young years and being the support line once Kevin, Kate and Randall are adults.  But this week’s episode reminded us that Rebecca isn’t only a mom.  She is just trying to do her best, while trying not to be lonely. 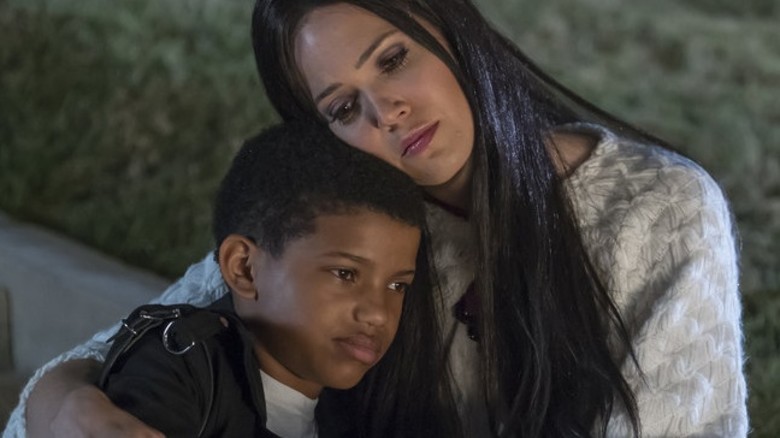 In present day, we often see Rebecca through the kid’s eyes.  Kate and Rebecca’s relationship is strained, because Kate feels like she never lives up to her mom’s expectations.  Kevin has trouble accepting Rebecca’s husband Miguel so he does the very Kevin thing and avoids them both.  And Randall and Rebecca’s relationship has been rocky ever since Randall discovered that Rebecca knew about his birth father, William.  This week’s episode gave us a different perspective, Rebecca’s.  On the couch, Rebecca asks a pregnant Beth about Facebook.  “My friends are telling me I need to join something called Facebook to see all the baby pictures you’re going to post.  They say it’s a good way to stay connected and feel part of a community, I don’t know.”  Setting up the big reveal at the end of the episode, Miguel and Rebecca haven’t been together since Jack died that we all maybe assumed.  They reconnected on Facebook many years later.  Throughout the episode, Rebecca tries not feel to alone.  And it’s the first time we, the viewer, get to see Rebecca more as a person than as a mom.

Rebecca isn’t the only one feeling alone in the world.  Kevin, Kate, and Randall are in their twenties.  It’s supposed to be the best years of their lives, but instead each one of them are unraveling with insecurity.  Randall has distanced himself from Beth and distracts his nerves as the birth of his daughter looms, by setting up a fan except he cannot find the right one.  Kevin’s acting career has not taken off.  He stoops to a new low by trying to steal his roommate’s big acting part and ends up getting kicked out of his apartment.  And Kate sleeps with a man who she knows is married.  For everyone, it’s a tough time.  Each one still deeply affected by Jack’s passing, but also each one trying to figure out their purpose.  But by the end, in This Is Us fashion, each one has taken a small step forward.  But they didn’t find it on their own, they found the strength with each other.  Rebecca’s encouragement helps Randall find the strength to deliver Beth’s baby unexpectedly and become a father.  Kevin and Kate confront each other about the lies they have been telling themselves and decide to make changes.  Kate moves to Los Angeles and moves in with Kevin.  Kevin decides to take improv classes to help with his acting career, which will eventually get him discovered by his agent.  And Rebecca connects with Randall’s new daughter in the hospital.  Reminding her of when she met Randall for the first time at the hospital.  In a moving monologue, Rebecca tells both baby Randall and baby Tess that life is full of new beginnings.  “Life has a middle, too, and middles can be the hardest because that’s when you can get really lost. But middles can be a beginning sometimes. . . You know, I had thought my journey had come to an end, but I don’t know. I don’t know, maybe we’re both at our next beginning.” 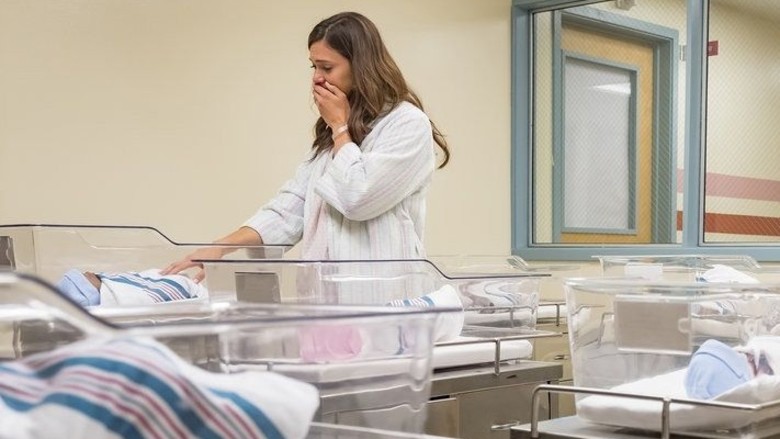 This was an episode about moving on from grieving.  Each Pearson taking a step forward in their lives, striving to make their lives better and open a new chapter.  And the leader of this change is Rebecca.  If it wasn’t for her support, Randall might not have hand the strength to deliver the baby.  Randall having a baby and having a successful life pushes Kevin and Kate to find their own success.  This was an episode that helped fill in the missing gaps, but it also gave us much needed time with Rebecca, a character we don’t spend a lot of time with.  And someone who also needs to have a new beginning.