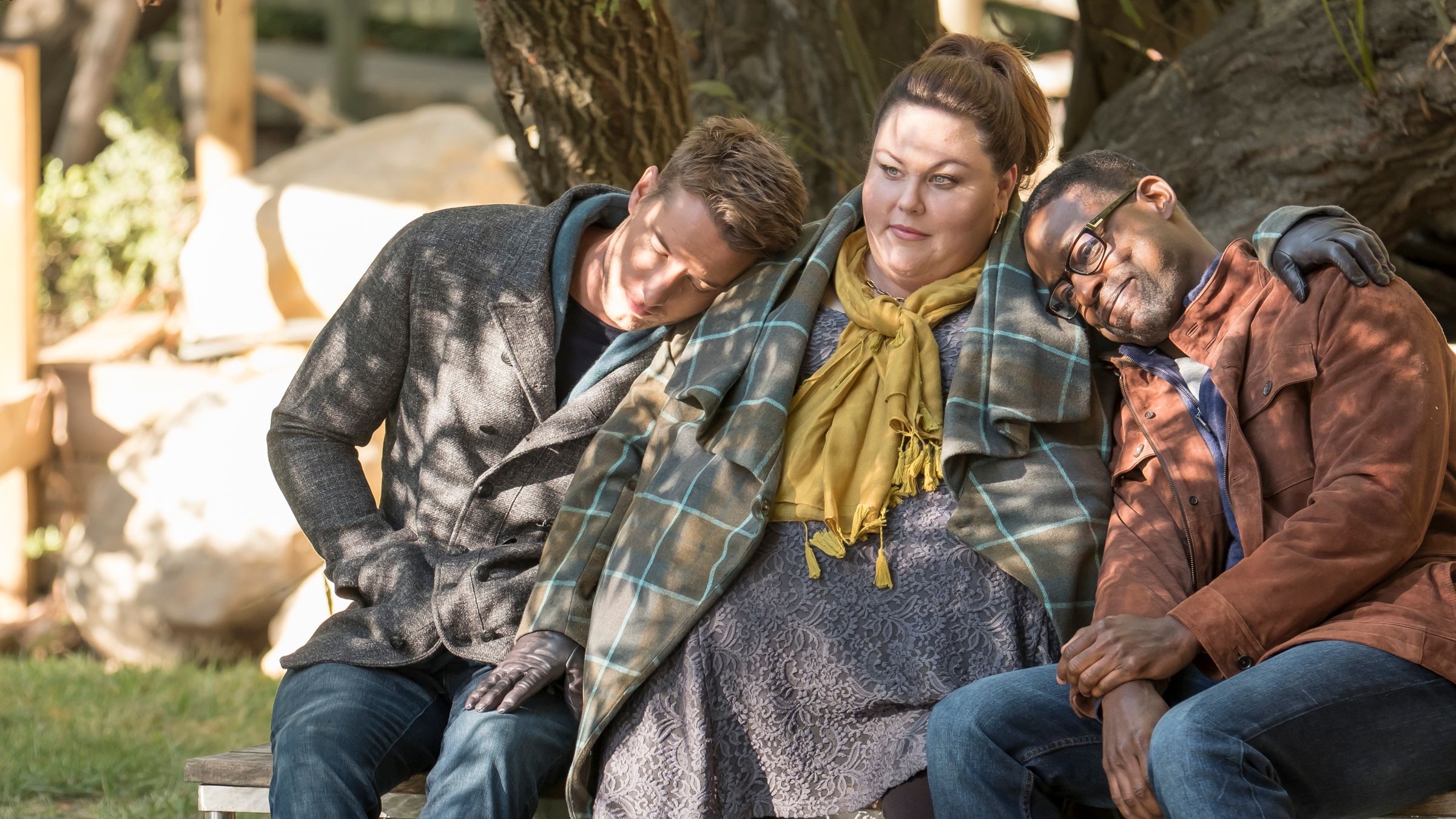 It was the Tuesday between Christmas and New Years and my mind couldn’t help but wander back to the Pearson’s.  Spending ten straight weeks with them and then going cold turkey was hard!  But it’s a new year and the Pearsons are back, and boy, that therapy session!  While this episode was not strong from a structure standpoint, we got the core Pearson’s together for an epic therapy session – a scene that was beautifully written and performed and will stick with me for some time.

We are one month ahead of where we left off before the holiday hiatus.  Kevin is sentenced to rehab after being arrested for a DUI.  Beth and Randall are still furious with Kevin by putting their daughter, Tess, in danger while he was behind the wheel.  Randall decides to put his feelings aside and go to his brother’s therapy session because Kevin was there for him last year when he had his anxiety meltdown.  Kate and Toby are still coping with the loss of their miscarriage, but Kate feels guilty for not having her twin intuition about Kevin’s addiction.

The clan unites in a swanky rehab center.  Randall points out that only Kevin would find himself at a Marriott rather than being behind bars for a DUI.  Once the group reunites, we’re introduced to Therapist Barb who quickly dismisses Beth, Toby, and Miguel from therapy and asks for just the core Pearson’s.  The three get out of there quick and find themselves day drinking at a bar while Rebeca, Kevin, Kate, and Randall find themselves sitting in a circle addressing the one thing they never talk about – their father’s addiction. 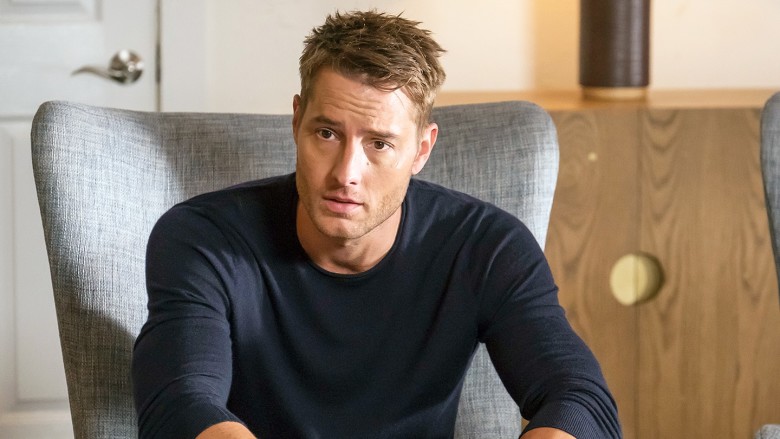 The therapy session starts off with Kevin apologizing for his behavior.  He regrets not being there for Kate when she had her miscarriage.  He feels bad that he put Tess’s life in danger while he was intoxicated behind the wheel.  And he apologizes to his mom for having her worry about him.  But Therapist Barb wants more and pushes Kevin to reveal that he always felt like the fifth wheel and used things like football, acting and now alcohol to cover up his feelings.  Kate always had Jack.  Randall has Rebecca.  As the tension rises, Therapist Barb brings up Jack’s addiction – a topic that has not been addressed out loud perhaps since Jack’s death.  The attention shifts to Rebecca.  Why didn’t she sit down with her kids and discuss addiction?  And then the yelling and crying happens.  Randall jumps in to defend his mother.  Kate cries.  And Rebecca admits to her family that Randall was the easier to child love. 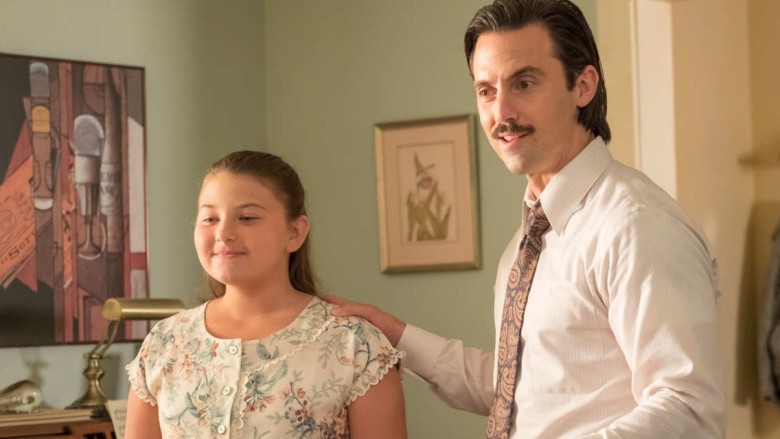 This is an episode about human imperfection.  A reminder that no one is perfect.  Jack was a great father and husband, but he had an addiction to drinking.  A trait that he has passed on to both of his children.  Rebecca became a single mother when her kids were seventeen.  She did the best she knew how to do, but she didn’t have the important conversations she needed to have with her children.  And while she tried to love all three of her children equally, she’s human and favoritism exists.

The first half of the season, we watched the big three live their own lives separately.  Each one denying their own set of problems.  Kate experiences a miscarriage and turns to her food addiction to help her cope.  Randall attempts to control perfection in his life despite the fact that he recently lost his father and now a foster child.  And Kevin spirals from his substance abuse problem.  But now we start the new year and the second half of the season with them together.  A therapy session, a scene that lasts half of the episode, where the Pearson’s confront their flaws and demons and the feelings they keep buried down so they can live through life on a daily basis.  A start to the second half that I am excited to see as the big three and Rebecca attempt to repair, bond and explore the roots of their problems.

The past storyline this episode supports Kevin’s belief of being the fifth wheel.  The family goes on vacation without him while he is at football camp.  When he finally arrives at the cabin, Rebecca immediately tells him to be nice to Randall with his new glasses and then accuses him of stealing the glasses when they turn up missing.  By the end the episode, Kevin wakes up during a thunderstorm and finds his brother and sister already sleeping in his parent’s bed with no room for him.  He takes a pillow and blanket and sleeps on the floor next to his parent’s bed.  Years later, both Kevin and Rebecca forget that Rebecca wakes up to see Kevin sleeping on the floor and joins him.

Kevin, Kate, and Randall sit on a park bench after the intense therapy session.  Randall tells his siblings he wishes their lives were shot Boyhood style with an unbiased video of their childhood so they can look back at the previous events in their life and see how it really unfolded without their biased perspective.  It’s a very meta moment.  But a moment that reminds us that it’s our memories that shape us and help define who we are.  It’s exactly what this show is about.  I am excited to see how the second half unfolds as the Pearson’s attempt to repair the damage and come out as a strong family unit.  Until next week!