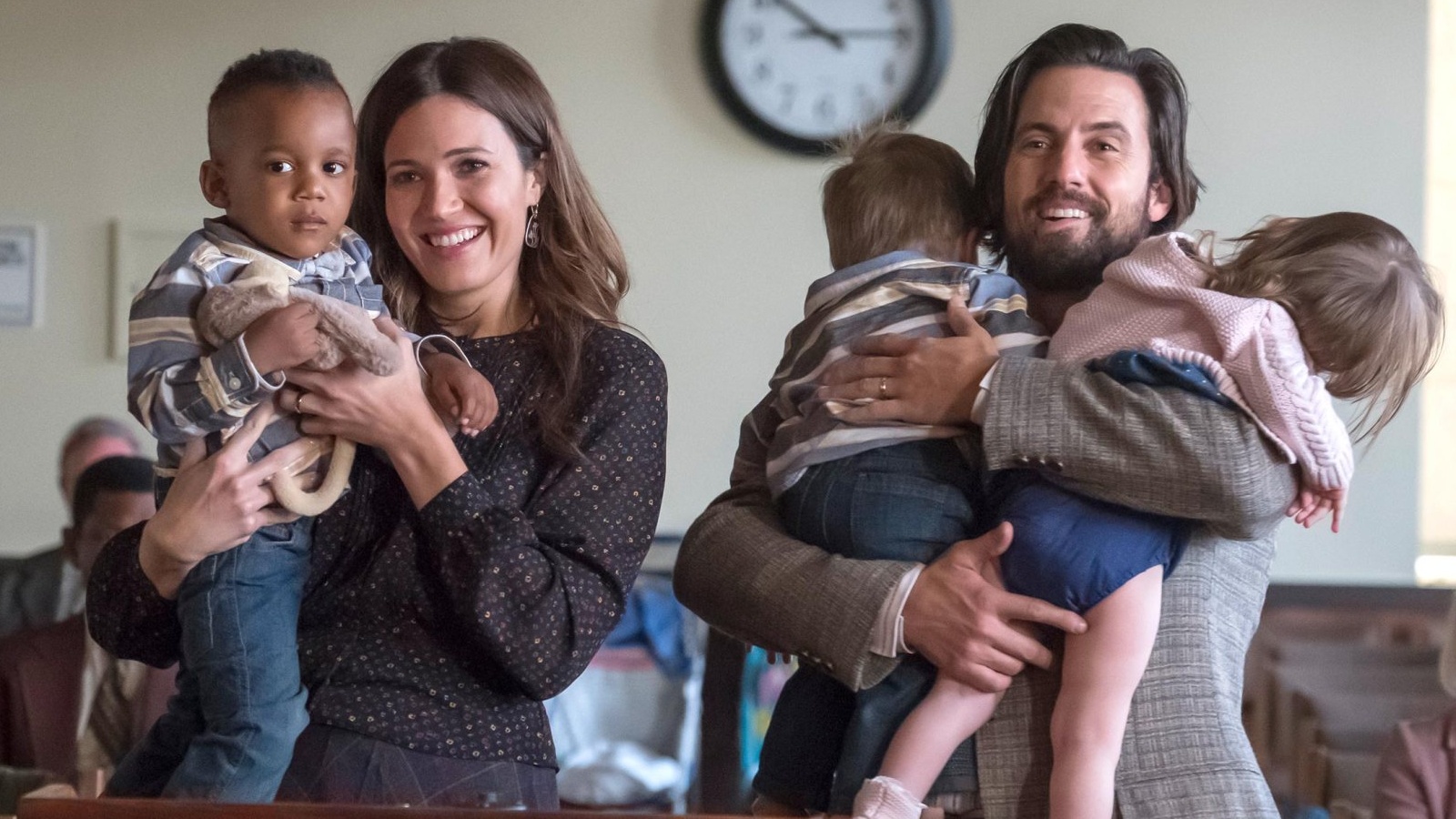 I watch This Is Us because it is the type of show my screenwriting professors told me not to write.  A story about people like us and the moments that define us.  Perhaps that’s why episode four has been my favorite episode of the season thus far.  An episode that did not focus on the plot, but rather highlighted specific moments that defined who the Pearson’s are as people.  It’s when This Is Us decides to put a heavy emphasis on plot or theme rather than character, I lose interest and taken out of the episode.  I’m reminded that the writing is not particularly strong and it will most likely be a very strong montage somewhere in the episode that will help pull the episode together and tug on our heartstrings to keep me coming back for more.  This week’s episode, “The Most Disappointed Man” did just that.  An episode that focused on moving the plot forward rather than slowing down and making it about the characters.  It was an episode that circled around an idea, the judicial system, and used the plot to showcase it rather than letting the characters define it.

Looking at the episode from a structure standpoint, this was the most straightforward episode of the season.  Each of the four storylines had a very obvious set-up, action, climax, and resolution.  We finally see Randall’s adoption with Jack and Rebecca, Kate and Toby after announcing their pregnancy to Kevin, figure out what type of wedding they want, Randall takes Deja to see her mother in jail, and well Kevin is, well, spiraling.  By the end of the episode, the stories are tied together by a montage reminding us that every choice we make stems from decisions made before we could make them. 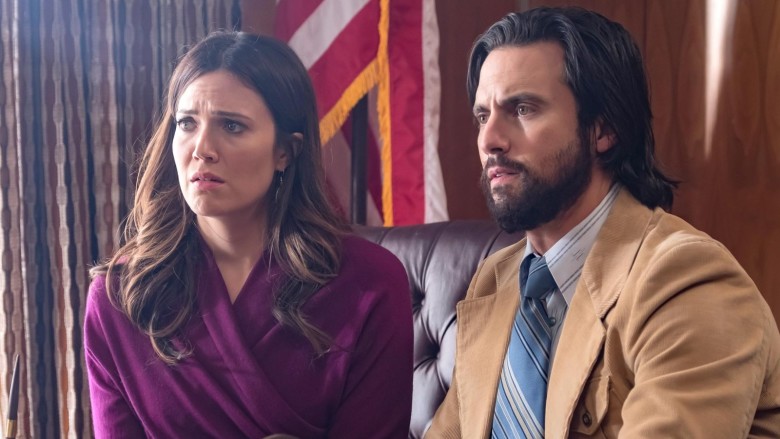 Randall’s adoption storyline was by the far strongest of the episode.  Not only have we been waiting to see this specific moment since Jack and Rebecca took Randall home from the hospital, but it also really illustrated the theme without hitting us over the head with it.  After getting a glowing recommendation from the social worker working on their adoption case, Jack and Rebecca and the three babies go to the courthouse expecting to adopt Randall.  However, Judge Bradley doesn’t believe Randall should be adopted into a white family.  He believes that Randall should live with a black family who will give him the tools he will need to be a black man living in society, something Jack and Rebecca cannot provide.  Here is a Judge who would rather see a child be put into the foster care system before going home to a family who already loves him.  A judge who should not be biased and should only look at the facts presented to him, but is human with his own experiences.  Rebecca and Jack are persistent and after sending a heartfelt letter the Judge recuses himself from the case.  The only real flaw in this storyline is a rushed ending.

In the present day, Randall is working with the foster care system after taking in Deja.  Randall is a smart guy.  While he is extremely uptight, he is still very much aware of who he is and the life he has had.  Which is why I had such a hard time buying into the conversation he has with Deja’s mom, Shauna, during visiting hours.  After everything he experienced with William the year before, how can he tell Shauna that he is the best thing for Deja over her own birth mother?  It was a scene that didn’t feel natural.  It felt forced and clichéd trying to prove a point that it didn’t need to prove.  And for the first time this season, perhaps in the entire series this far, I thought Randall’s storyline missed the mark.  It’s not about who is the best answer for Deja.  It’s about Deja and the people who are defining her life without her defining it for herself.

The episode title comes from a young William who finds himself in jail after his entire life has been taken from him.  He tells Judge Crowder that he is the most disappointed and there is nothing left for him anymore after losing everyone he has cared about.  In an almost fairytale-like way, Judge Crowder, moved by William’s words, decides to release William from his drug charges and tells him to remember his face every time he’s tempted to do something wrong.  Like Randall’s case, both cases should be cut and dry but each judge is human and they have their own experiences that perhaps influence their decisions.  The most powerful moment in the entire episode was at the very end when both Judges are sitting down together and asking each other if they did anything good today.  Revealing that both William and the Pearson’s were in court on the very same day.  Life is funny that way. 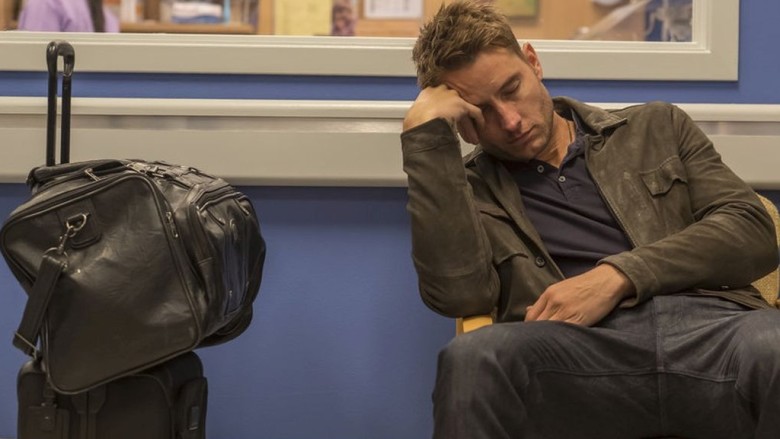 Kevin has always been the weakest character of the big three.  I have written about it earlier in the season.  And like Kate’s weight storyline last year, the writers seem to be defining him with one trait this season – he is his father’s son.  He has a problem with addiction and he is spiraling down a dark path.  But throughout last week’s and now this week’s episode, I don’t understand why no one can see it.  Does twin intuition not exist anymore, even though it existed last year?  Sophie has seen Kevin enough now that her nurse instincts should be kicking in, but they don’t.  Instead, she closes the door on him after he breaks up with her.  How long will it take before someone notices because as each scene passes the more unrealistic it feels.  And it’s taking away from other storylines like this week’s Randall’s adoption storyline.

This week’s episode focused on decisions and the ramifications of those decisions later in life.  This was an episode that relied on the theme and plot to push the episode forward rather than relying on its character to tell the story.  While there were a few good moments within the episode, it never found the balance it needed.  Mostly because there just wasn’t simply enough time.