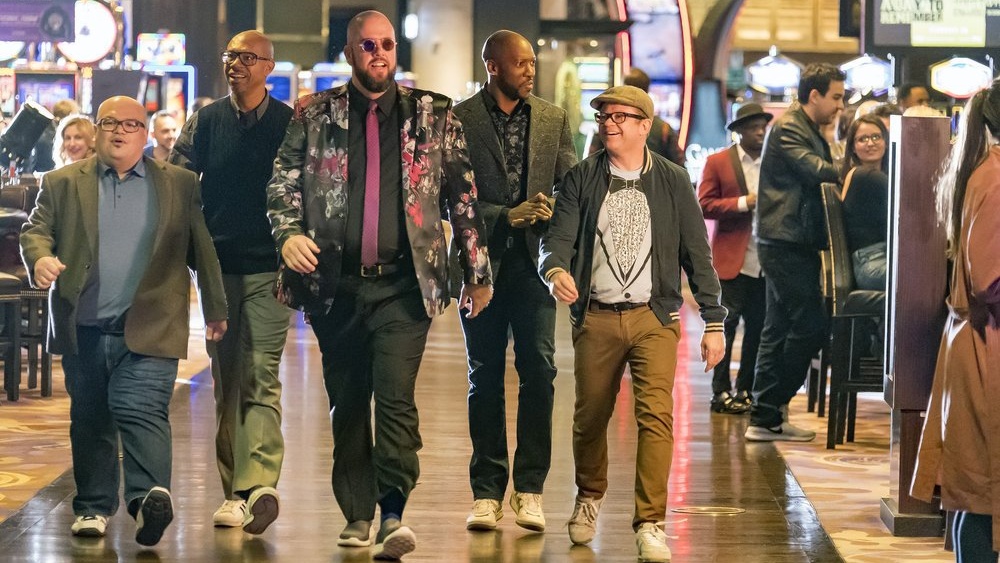 Hey, all. Paul Gulyas here filling in for the week for regular reviewer Lauren Deacon! Luckily, I am in fact, a This Is Us fan, am all caught up, and have conspicuously shed zero tears in the three weeks it has been on break! My eyes are ripe for the moistening! Bring on your worst, Dan Fogelman!

It would seem that the worst has passed us, though. If you’ll recall, the most recent episodes finally put to bed all mystery surrounding the circumstances of Jack’s death. That was tough to watch. Deja, a former foster child of Randall and Beth, also came knocking once again right at last episode’s end. This week pretty much picks up right there, BUT FIRST: some Jack and Rebecca time.

We start in a bowling alley where young Jack and Rebecca are celebrating their one year anniversary. She gets him a notepad to put some of his ideas he’s always talking to paper. He has the bowling alley dim the lights and call them to lane 32 to have a special dance in front of all their fellow bowlers. Jumping forward in time, we then see them celebrating their four years. Rebecca gets Jack a hammer. He gets her a brand new piano. Jumping forward again to another anniversary when the Big Three are in elementary school, and Rebecca gets Jack to agree to take the year off from his grand gestures; she just wants to relax. We’ll see how well Jack does try to act like he’s NOT Super Husband. 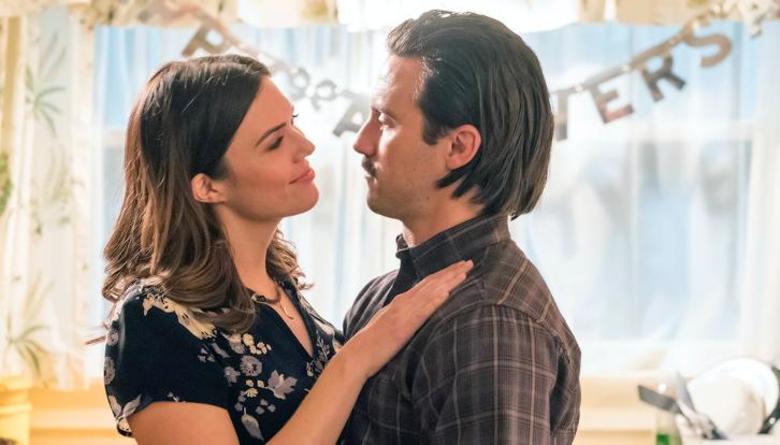 Back in the present, Deja is explaining to a concerned Randall and Beth that her mother Shauna does not know she is at their house but she is asking for money. Their heat has been turned off for a couple weeks and she needs $89 to cover it before Linda the case worker’s next visit. Randall offers to set up recurring payments, but Deja knows her mother is too proud for that. She says it has to be cash so she can lie to her mom and tell her it’s money she had saved from her allowance while with the Pearsons. They agree to this arrangement.

On a lighter note, it’s party time! Toby and Kate are having their bachelor and bachelorette parties respectively in… Vegas, Baby! Sidenote: Swingers is one of my favorite movies of all time and even I’m tired of the obligatory reference in every movie or TV show that sends its characters to the Strip. Anyway, both Toby and Kate are a little light on potential friends to invite to the event. Toby’s own younger brother doesn’t bother to try to make it, so he kind of sees Randall and Kevin joining him as an opportunity to make some new brothers. Kate has the woman she hates from her self-help group Madison planning her bachelorette now.

Is it me or is it strange that the adult single Pearsons seem to have no friends whatsoever? It’s a little less surprising for a married couple with two (sometimes three) kids to take care of. But Kate and Kevin? Like, I know family is important to them, but this isolating behavior is odd, or at least unrealistic. They seem like likable enough people. Anywho. 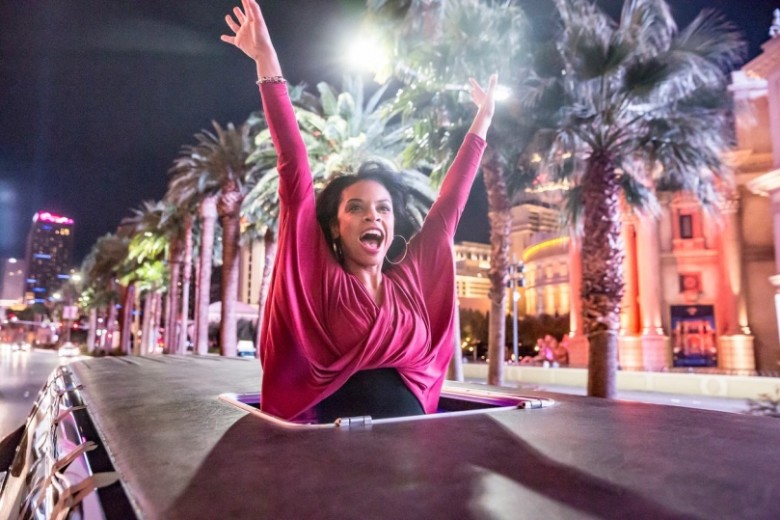 In the past, the Big Three realize Jack has been forbidden from his typical grand gestures on his and their mother’s anniversary, and they take it upon themselves to make a special night for their mom and dad. Kevin wants to make cornish hens. And Kate and Randall head to the library to research something. There’s a cute moment where Kate watches her brother Randall with admiration and genuine happiness for him as he appears to be the most popular kid in the library. These are Randall’s people.

Vegas, not unlike in hit indie film Swingers, turns out not to be what everyone anticipated. Randall can’t get his mind off Deja despite Beth’s insistence that they need this break and Vegas is a “Deja free zone.” This leads to the two of them getting in a nasty fight about whether Beth is detached or even has a heart at all… during the Magic Mike live show, no less. Soon Kate is intervening and is exchanging her own heated words with Beth, ultimately blurting out how Randall has made it clear which of these two women is his priority. These Pearson’s have a way of saying the wrong thing and being extra dramatic quite often. Huh, maybe that’s why they don’t have a circle of friends as adults.

Not that long out of rehab, you can imagine Kevin is having a tough time being in Vegas without drinking, especially when he notes to his hotel maid that he has been blackout drunk every single other time he’s been to Vegas in his life. He refers to this test of will his Everest multiple times. When he sees a friend–okay, okay, an acquaintance, she’s his costar on the Ron Howard film he did–he learns that she was entirely cut from the movie, and as half his scenes were with her, it seems likely he was, too. He retreats to his room to do sit-ups and stare at the little bottles of booze. 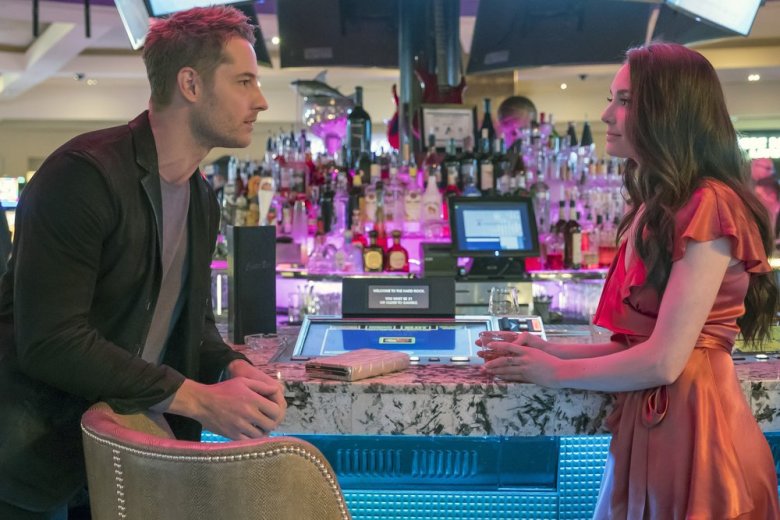 Back on Jack and Rebecca’s anniversary, Rebecca has been doing the opposite of what she wanted to do, running the kids around all day. When Jack forgets to turn the oven on for the Cornish hens, it’s too late for dinner and they’ll have to heat it up tomorrow. Little Kevin has a little meltdown about a friend of his parents getting divorced and his conclusion that because they aren’t celebrating their anniversary this year, his parents must be getting divorced, too. Jack assures him that would never happen. And we know it never does. Kevin accepts this pretty readily to Jack and Rebecca’s surprise and heads upstairs for bed.

Of course, those Pearson kids wouldn’t let their parents NOT celebrate each other. Turns out it was all a distraction so they could set up their parents’ bedroom with a path of lights leading to their window and the roof, where they can watch the meteor shower together, which Kate and Randall researched earlier that day. They readily accept and they have a really sweet Jack and Rebecca moment which makes me furious because yup now my eyes are brimming with this watery substance and I am suddenly aware of how susceptible I am to the emotional torture these sociopath writers put us through each week.

And, of course, things in Vegas wrap up neatly when characters apologize to one another and come clean about how they really feel. I wish just once somebody would stay mad at somebody for more than one episode. At any rate, Kevin finds out he hasn’t been cut from Ron Howard’s movie. He and Randall take Toby out for a night on the town and they bond. Once home, Beth tells Randall she is going to be the heart for once, and she directs their driver to take them to Deja’s mother’s apartment. 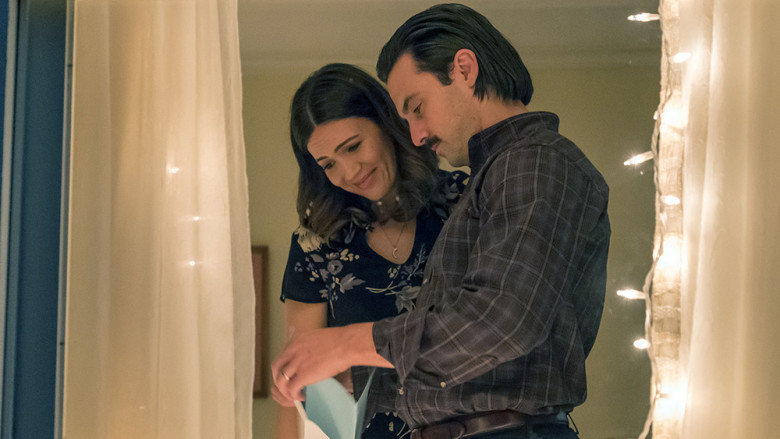 Sadly, they find that Shauna and Deja no longer live in the building. In fact, they are living just outside it in Shauna’s car. The episode ends with Deja and Shauna waking up to Randall and Beth peering inside the vehicle. I bet Shauna is going to have some sharp words with these people for injecting themselves in her daughter’s life once again.

Only two episodes left of the season by my count which is still a bathtub or two of tears to be shed. Stay tuned, it should be a good one.