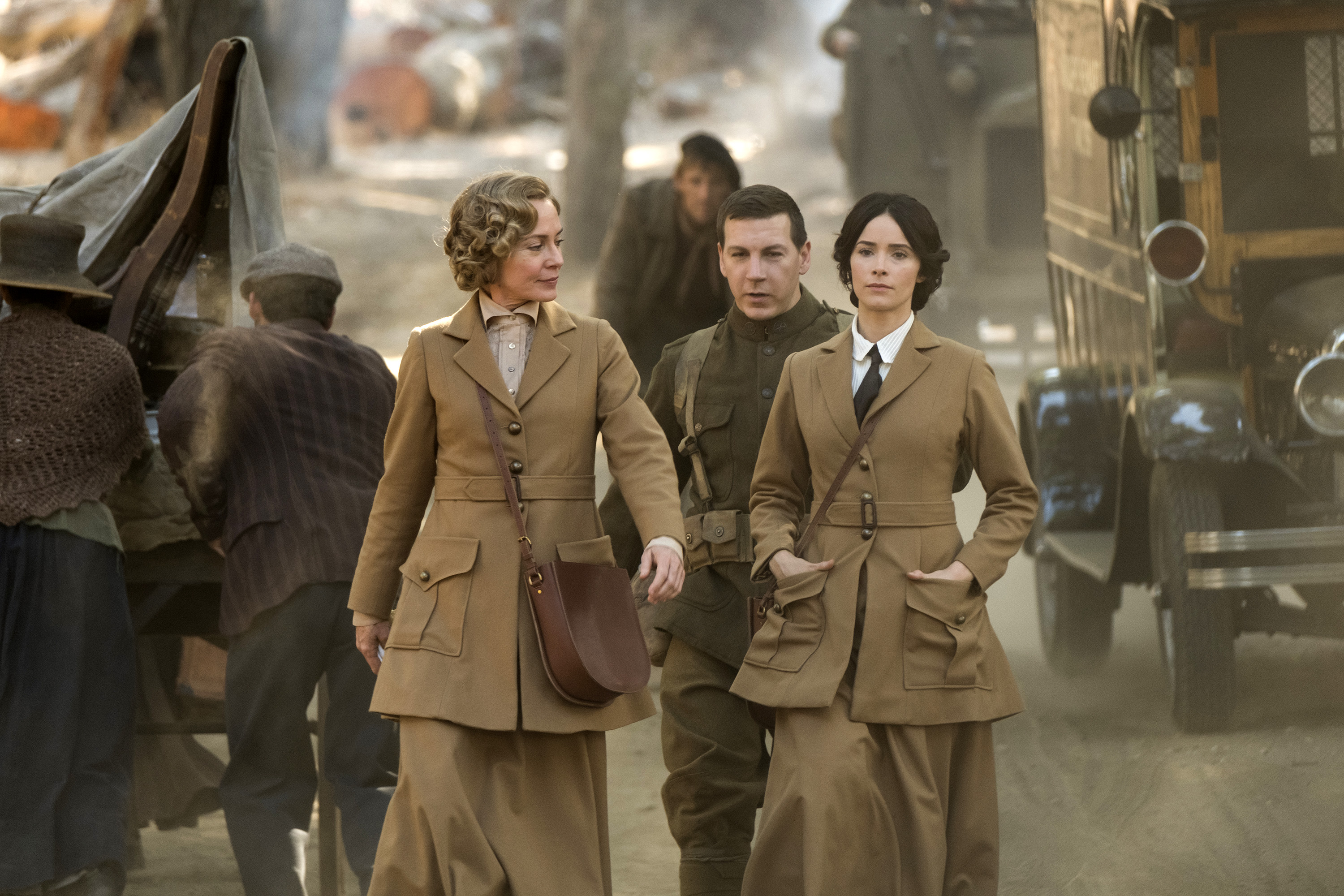 Last year NBC cancelled Timeless after its first season despite the fact that it was one of the most entertaining new series on television.  They then went on to reverse that decision three days later and order a second season of Timeless.  Perhaps Eric Kripke and Shawn Ryan got aboard the Mother Ship and did a little time altering to change the course of their series cancellation, or maybe NBC listened to the uproar of disappointed fans about losing such a fun, entertaining show.  Whichever event changed the outcome of Timeless’s cancellation, fans are grateful to have Lucy, Rufus, and Wyatt back again to fight for the future of the world.

What could easily have been a schlocky premise about a mysterious cabal of elite families (Rittenhouse) trying to bend the sands of time in their favor, has turned into an entertaining show that features corners of neglected history, wonderful heart touching performances, and a comedic bent that manages to poke fun at itself and the outlandish beliefs and prejudices of our shared past.  The diversity of the Timeless cast lends a relatability, and realism to the struggle for a world we can all enjoy, and the cast involved are top notch.  Malcolm Barrett’s Rufus stands out and shines.  His comedic delivery in the face of America’s racist and oppressive past counterbalances his very humane personal and emotional struggles throughout the team’s experiences trying to counteract the damage Rittenhouse has inflicted on the America they knew beforehand. 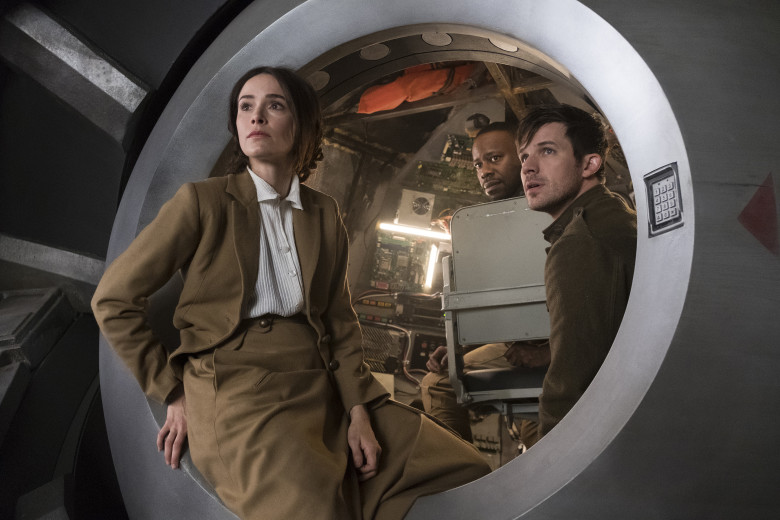 On a serious note, I can’t think of a better series to exemplify the feelings many Americans have had as the Obama Presidency ended and the Trump one began.  For many people the hopeful, inclusive America it felt we were finally on the cusp of has changed so dramatically, and so fast, that it feels like we’ve warped back in time ourselves. I for one can appreciate the thought of using a time machine to thwart the fascist and oligarchical rise of a group trying to amass all of the power, influence, and wealth to itself at the detriment of everyone else living on the planet.  This mirroring of our own political and social problems through the fictitious Rittenhouse group, is subtle, and takes a back seat to the adventure and intrigue of the show, which is why Timeless works so well.  If the show were more political, instead of being grounded in Lucy’s emotional quest to get her sister back after being erased from history, the show wouldn’t have as strong of an impact as it does.

This season picks up the pieces left dangling in last season’s finale and runs with them.  The energy is high, as are the emotions for characters who are unsure of what’s happened to their loved ones.  What Timeless does so well continues this season, as we witness Lucy, Rufus, and Wyatt continue their quests to stop Rittenhouse for both personal and patriotic reasons.  Each episode of Timeless allows it to explore different historical times, genres, and even forgotten bits of history, and it’s the culmination of all these elements that continue to make Timeless such an exciting and fun show to watch.

When we last saw Lucy, she was on the cusp of taking one final trip back in time to change the past and save her sister, only to find out her mother is working hand in hand with Rittenhouse to keep that from happening.  All of the progress Lucy, Rufus, and Wyatt made to dismantle Rittenhouse was undermined by Emma’s theft of the Mother Ship (under Lucy’s mother’s orders) to make sure Rittenhouse could rise again.  In effect all of the arrests, except for perhaps last season’s villain Garcia Flynn, and all of the progress Agent Christopher was able to make rooting out Rittenhouse’s grasp on the political infrastructure of America was reversed.  Season two begins with Lucy missing without a trace, while Agent Christopher, Mason, Jiya, Rufus, and Wyatt are all in hiding trying to fix the Lifeboat after Rittenhouse attempted to blow it up.  Lucy believes her friends are all dead, which influences the choices she makes while traveling with her mother and Emma. 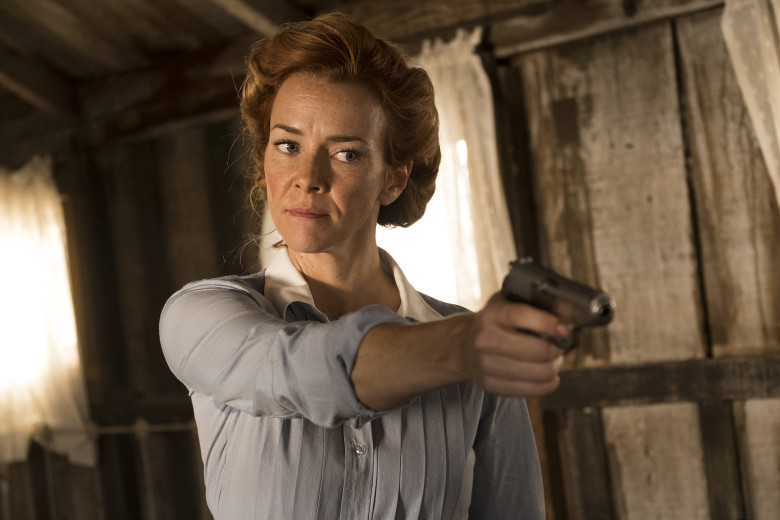 This time around the deck is stacked higher than ever against the team.  So much time has been lost while the Lifeboat is damaged, that when they finally do get up and running again, they’re completely in the dark as to what Rittenhouse has been up to as it alters time.  Wyatt’s immediate focus is on rescuing Lucy, so once they receive a signal as to where in time she may be, World War I France, he and Rufus rush there to rescue her.  Things are far more complicated than they both expect.  Not only are they up against the Rittenhouse agents piloting the Mother Ship, but a new group of foes emerge, further complicating how they may thwart Rittenhouse’s plans if, or when, they reunite with Lucy. 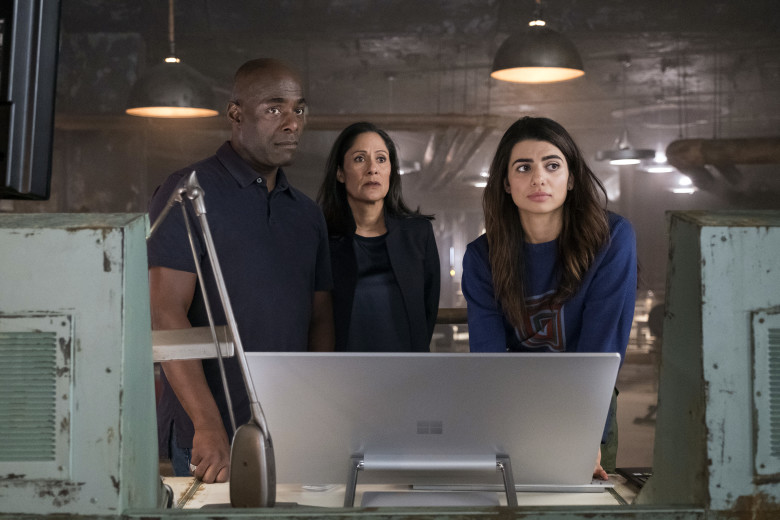 Last season something happened to Jiya when she was the fourth person in the Life Boat, and she’s still experiencing the mysterious side effects of her trip through time.  She’s prone to fainting spells, and last season we saw her fits were coupled with apocalyptic visions.  Is Jiya able to glimpse pieces of the future?  Has her brain chemistry been altered in some way that’s dangerous to her health?  If so is there any way to fix her?  Throughout all of the troubles Rittenhouse has inflicted on the world, the finger always points back to Lucy’s family.  Generations of the Preston family have been involved in the Rittenhouse conspiracy, will she be the one to finally stop it?  We know she eventually works with Garcia Flynn to stop Rittenhouse, is it finally time for their cooperation?  Flynn blames Lucy for his arrest even though it was all Agent Christopher’s doing.  Could he ever put that behind him and trust her again?  Time will tell.