The fourth episode of True Detective was co-written by the legendary David Milch, and focuses both on how the Purcell case (along with the Vietnam War for Wayne) has broken most of Wayne’s relationships, and how the fear in its aftermath has begun to tear the town apart.

The deeper the show gets into Wayne, what makes him tick, and where/how he fits into his community, the more obvious it becomes that Wayne just doesn’t fit in anywhere. There are moments like when they visit Patty, the woman who made the corn husk dolls, where the thinly veiled racism of the community comes spilling out of the residents mouths in front of Wayne. When he asks her to describe a black man who bought some dolls from her, she can tell in detail about one of his eyes being fogged over, but when Wayne asks her if he’s old or young, handsome or ugly, she doesn’t have anything to say but “He was a black man.” Racism is deeply seeded in this community and it’s statement’s like Patty’s that prove the point. I doubt Patty thought she was being racist, but she was. We all know older people who say things they think are perfectly harmless but are windows into the stereotypes and prejudices they carry within themselves.

Wayne sees this thinly veiled racism all the time in his line of work. Most of his coworkers are white, and even though Wayne is a gifted detective, he’s treated in a standoffish manner by a lot of his fellow officers. His place at work in the 1990’s timeline, as well as the conversations he has as Rolland brings him on the task force, prove that he was made an example of. This is due partly to his outspokenness, but also because of the color of his skin and where he lives. His career was purposefully derailed, and though Rolland fights for him to get a seat back at the table, there’s anger over his predicament that Wayne just can’t swallow, and it taints his family life as well as his professional one. 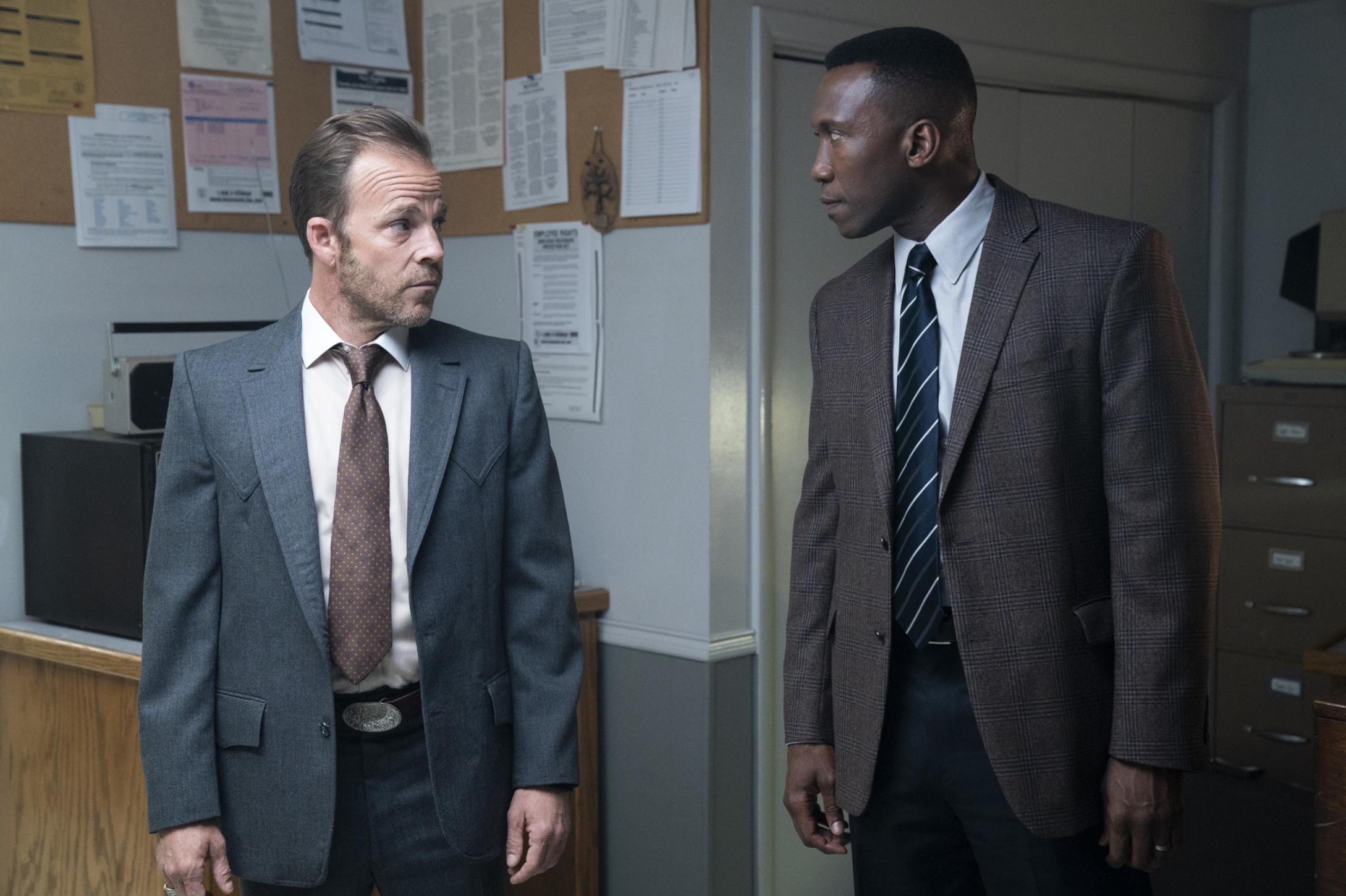 He not only has to deal with not fitting in where he’s employed, but when he and Rolland go to follow up a lead on a black man with a fogged over eye, it becomes clear Wayne is not welcomed by the black community either. He’s asked by Mr. Whitehead, “how can you wear that badge?” Wayne has a smart-ass retort for him, but as a near riot breaks out around him and Rolland, it’s clear he’s not welcome there. The narrative of this season of True Detective follows the jumps in time space that dementia can have, leaving Wayne feeling untethered in time, never settled in any particular moment within his past, present, and future. The same can be said of his feeling of community within the piece of Arkansas he works. He’s outside of every community, a member of none, not even the Catholic Church he grew up in. Wayne is an island unto himself, and he’s grown comfortable with this, which is why marriage and kids appear so problematic for him.

Wayne has more in common with garbage man, and former Vietnam Vet, Woodard than he does with anyone else on the show. They are both outsiders and outcasts, only Woodard has embraced it after being unable to cope with his return from Vietnam. Wayne outwardly tries to fit in by selecting the job he has, as well as turning away from his solo life to embrace his marriage and family, but just like Woodard, he’s haunted by his past, and is unable to shake it. He literally sees the ghosts of the dead Vietnamese he’s killed appear to him as an old man, and judging by his reaction this is not a one time occurrence. The only thing that keeps Wayne going in 2015 is finishing the case. It’s his only reason left to live, and I suspect once he either solves the case or slips even deeper into dementia, he’ll use the loaded revolver he keeps on his desk to finish things. 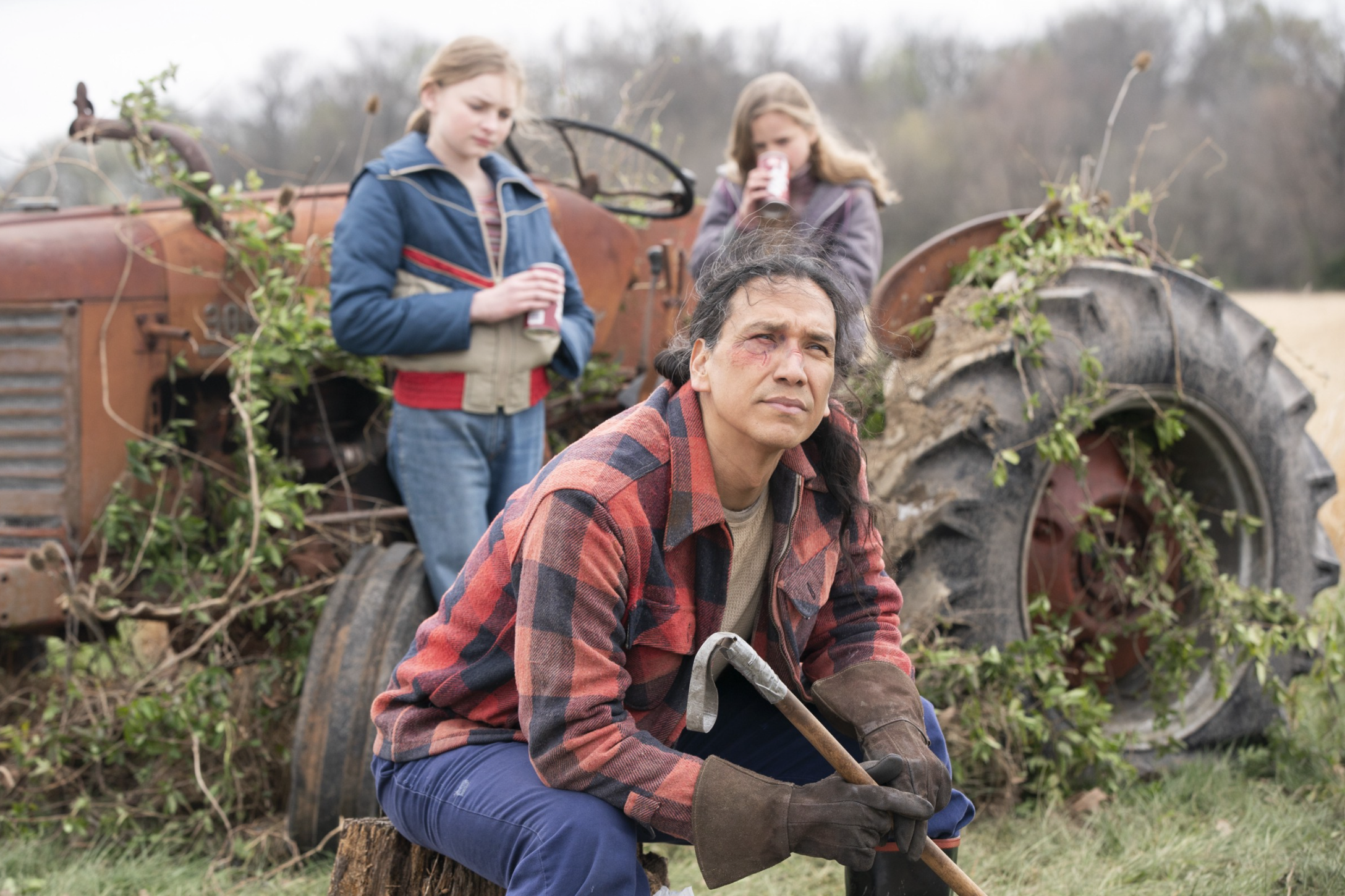 Despite the dementia, in 2015 Wayne is still capable of seeing clues and making keen observations. It’s how he knows Henry is having and affair with the woman Wayne’s been filming a documentary with. When Wayne goes to visit her, he learns she knows more about some aspects of the case than he does (new developments), but he has information she wants as well. If they pool their resources they may be able to work together to solve the Purcell mystery once and for all. 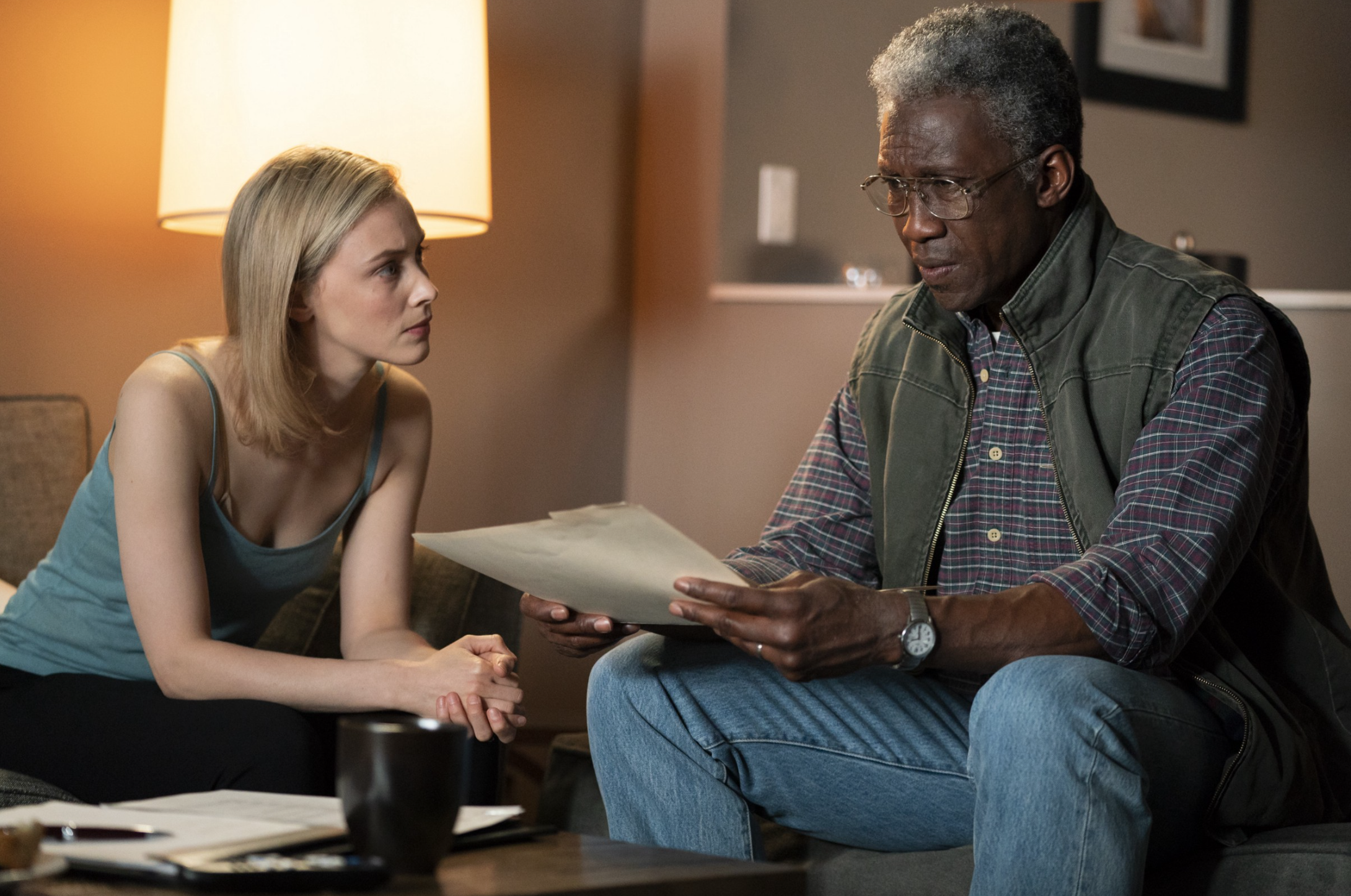 There are several new leads developed during this episode, one of which seems to be that someone from the church, or who’s gone to the church, is responsible for the abduction of Julie and the death of Will. Wayne believes Julie was always the target, and the two suspects (the black man and the blonde in the brown car) were grooming Julie before they took her. The Priests memory of Julie being excited to see an aunt of hers that the detectives know does not exist, worries Wayne and Rolland. When Julie appears again in the 1990’s, Wayne is sure when he finds her image on the surveillance tapes that she’s escaped from her captors and they are in a race against time to find her before her captors catch and/or kill her.

Pizzolatto’s inclusion of David Milch on the writing team for this episode is wonderful to watch. Already brilliant with dialogue himself, there are moments when Pizzolatto is complimented by Milch’s ear. I don’t know who wrote what, but their styles blend so well together it’d be interesting to see what these two could come up with together on a series. With Deadwood returning in the near future, it’s nice to have a little taste of Milch to tide us over until his own wonderful show airs again.

The episode ends on a very tense moment where Woodard, Wayne and Rolland, and a vigilante group all converge on Woodard’s house with seemingly explosive and life changing results. Woodard is fighting for his life when the posse appears, and after his last run in with these men he’s prepared himself with a cache of weapons and booby traps meant to fend off the violent group of racist white men. How will this confrontation change the outcome of Wayne and Rolland’s case? Is this the moment it all slips away from them? We’ll find out next week.