It’s fellowship season! That means that it’s time to get that shiny new spec ready – or polish up the one you wrote last year – and get started on those applications. But with multiple deadlines approaching and different requirements for each program, fellowship season can be tricky to navigate for even the most organized writer. That’s why we’re sorting through some of the industry’s most competitive – and successful – writing programs to help you decide which is the best one for you.

There are four major fellowship deadlines approaching: ABC Disney Writing Program, CBS Mentorship Program, NBC’s Writers On The Verge, and the WB Writers Workshop. All of these require you to submit a spec of an existing show and a current resume, sign a release form/submission agreement, and some variation on a statement of intent.

ABC Disney and CBS are the ones that also require the original pilot script. Considering that a majority of showrunners prefer to read original pilots over specs, it is incredibly important to have an original piece in your arsenal – one that shows off your individual voice and your knowledge of proper television script formatting, while also providing a sense of the kinds of shows for which you would be a good fit.

You’ve heard this before, but the short writing piece is just as important as everything else in your submission packet, so don’t wait until the last minute. Your spec will get you in the front door, but the writing sample is what sells you as a person that people will want to work with. It needs to tell your story in a way that’s unique, creative, and honest – usually in no more than a one page.

Now let’s look at what each program offers to help you determine where to focus your time and energy.

First off, the ABC Disney Writing Program is the only one of these fellowships that comes with a monetary prize. If selected, you are an employee of ABC Disney Television Group and are paid $50,000, which is broken up into a weekly salary. In addition, you’ll have the opportunity to work closely with executives, producers, and literary representatives, al the while attending meetings and events that will help strengthen both your writing and your brand. The goal of the program is to pair its fellows with writing staffs of ABC shows – and while not guaranteed, there have been plenty of success stories.

CBS Mentorship Program may not come with a paycheck but unlike the other fellowships it pairs those in the program with a CBS network or studio executive that they meet on a regular basis to discuss their work, receive advice about furthering their career, get creative feedback on their material, and to understand the unwritten rules of breaking in and moving up. Outside of the mentorship there will be events with speakers in the industry and opportunities to meet influential people in television. On top of trying to get participants staffed, writers walk away with a career action plan – an incredibly important guide new writers often need in the ever-expanding and increasingly treacherous television landscape.

NBC’s Writers On The Verge is a 12-week program of biweekly classes at NBCUniversal working with writers on their writing and personal presentation skills. Maybe you’re a writer who believes that you have your action plan but can’t leave a full time job before a writing gig is set up, then Writers On The Verge is perfect for you. It gives writers who are “almost there” the access they need but haven’t had time to acquire between work, family, and the bustle of life in general.

NBC Writers On The Verge opens and closes in May 2016. Application fee: Free 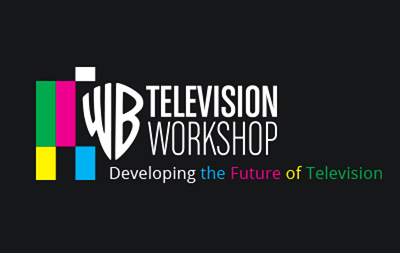 The WB Writers Workshop is broken into three parts: Lectures, Simulated Writers’ Room, and Staffing. Same as CBS and NBC, the WB program works through weekly meetings so you can keep your day job as the program goes on. Like the other programs they want you to have access to executives, producers, and representatives through lectures to understand the business of television. One of the more unique aspects of the program is its simulated writers’ rooms, which aim to teach participants how to behave once they have the job, and how you perform in these simulations can actually have an impact on your chances of being staffed when the program ends. One thing to note about the spec submissions for the WB: they have a specific list to choose from, so make sure that your spec is on the script list, and note whether their site lists it as a drama or comedy.

WB Writing Workshop opens on May 1st and closes on May 31st. Application fee: $30

There are plenty of other programs that you should keep on your radar. NBC’s Late Night Writers Workshop, open to all aspiring comedy writers, asks writers to submit late night comedy packets, including monologue jokes, sketches, and desk pieces (typically a short submission window in January). The Fox Writers Intensive and NHMC Writers Program are prestigious diversity programs, though Fox requires that writers first have representation or are nominated with strong endorsements from members of the industry. Nickelodeon’s Writing Program gives those who aspire to write for children’s programming an opportunity to jumpstart their career, with a submission window at the first of the year.

So which program is for you? You could apply to all of them, sure, but as any writer knows, time is a precious resource. If you need assistance creating your brand and training for a writers’ room then the CBS or WB programs are likely the best for you. Do you think that you’re “this close” to being ready to write full time? Then you might want to focus your energy on the ABC and NBC programs.

Having trouble determining where you belong? One of the best ways to determine the fellowship that is right for you is through coverage. There are several screenwriting competitions throughout the year that will also provide optional feedback notes or coverage services, as well as companies that will read your script as an individual service.

(Not to toot our own horn, but The Launch Pad’s year-round coverage services are consistently regarded as some of the best in the industry!)

Wherever you send your script, do your research to make sure those who are reading it and giving notes have previous experience in the industry and check out the reviews. With fellowship deadlines fast approaching, now is the time to kick your writing into high gear and get those scripts into shape. We here at The Tracking Board know that the most important part of the film and television process is what’s on the page, and we wish you luck!