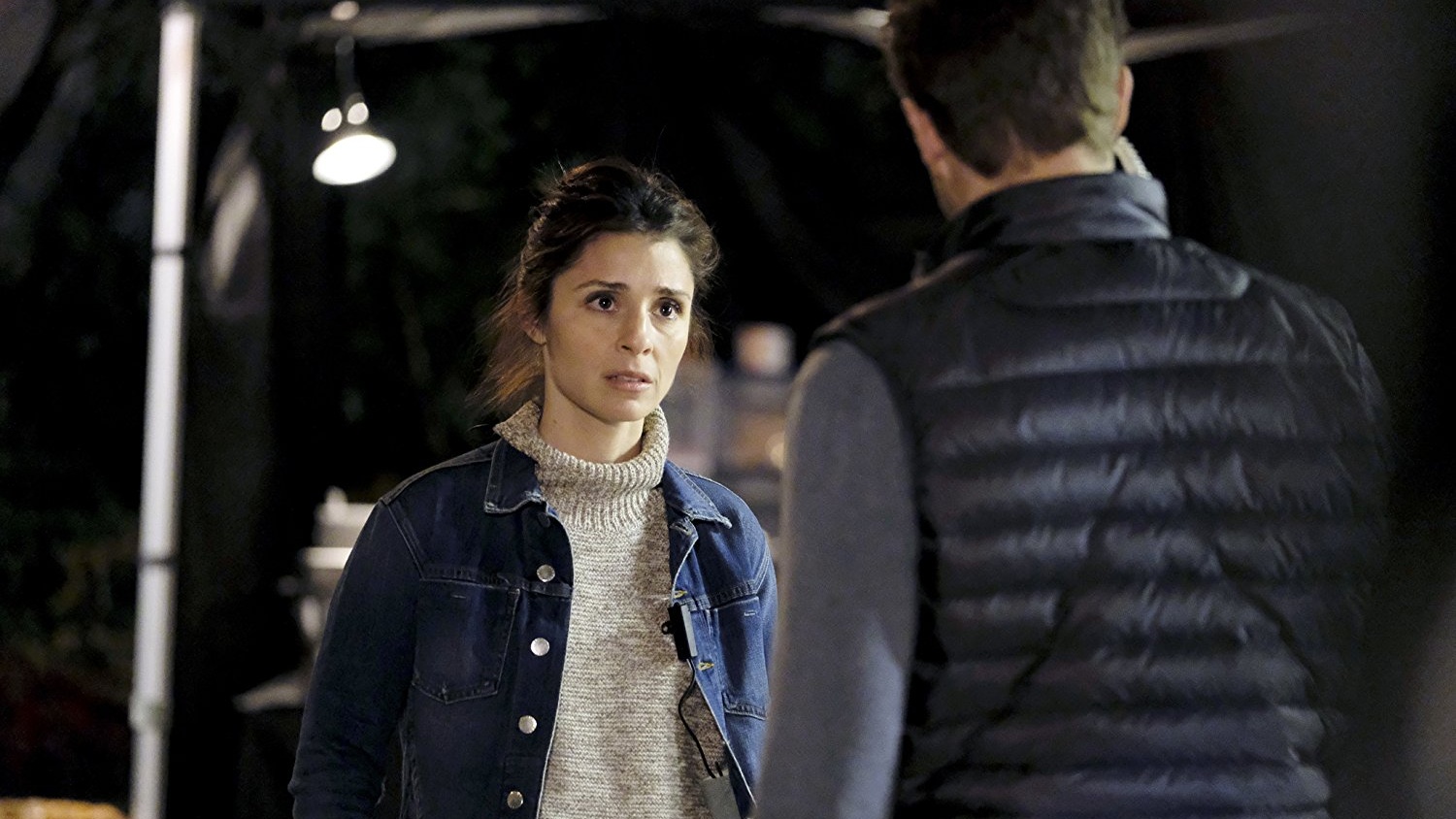 After 18 months off the air, the lurid Lifetime show returns. But is it a return to form for the show that garnered two Emmy nominations and critical acclaim for its first season, or will it be a continuation of its clunky and over-the-top sophomore slump? It’s too soon to tell yet, but for now, UnReal’s season 3 premiere lies firmly in the middle.

The season picks up six months after the dire events of season 2, wherein Jeremy (Josh Kelly) had committed manslaughter to attempt to win back Rachel’s heart after he, you know, hit her. He clearly did not succeed with Rachel, though he did help save Everlasting’s reputation from Coleman and Yael’s threats to reveal the show’s part in Mary’s death. Barely. 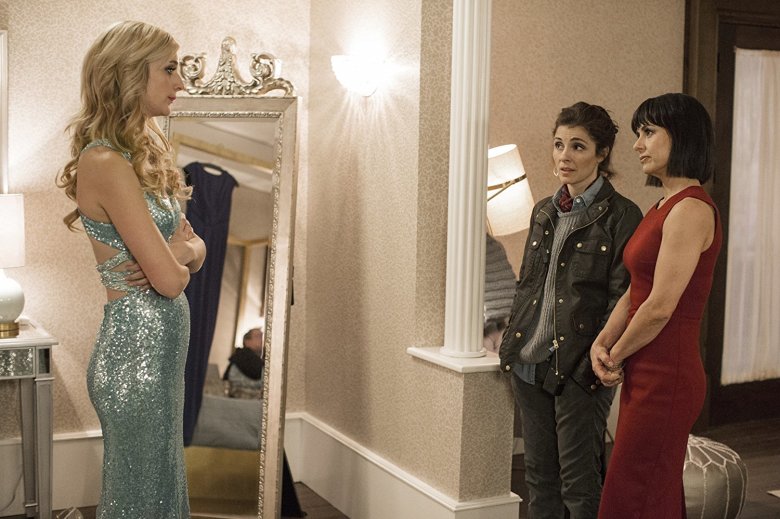 After three (!) deaths in two years, Everlasting is hanging by a thread, and Quinn’s (Constance Zimmer) reputation is shot. Desperate to save her show from cancellation, Quinn ventures to the commune where Rachel has committed herself and convinces her former hotshot producer to return with the heartfelt plea, “I need you. I miss you.” It doesn’t take much for Rachel to be swayed — after the last two years that Rachel and Quinn have had together, there’s no question that Quinn is being genuine. But it doesn’t take long for both of them to fall back into bad habits.

Any trace of Quinn’s hard-won vulnerability from the past two seasons has disappeared, and Quinn is back to her smug witticisms and dry banter. Not that I’m complaining — Zimmer’s fiery, biting performance as Quinn is one of UnReal’s strongest facets. And it does feel comfortable for everyone to settle back into their familiar roles: Rachel as the conflicted idealist, Quinn the embittered boss, Chet (Craig Bierko) the smarmy hanger-on, Jeremy as the poisonous ex. The biggest change is that the four of them harbor the dark secret behind Coleman and Yael’s deaths — one that they seal in a ridiculous blood oath that everyone but Quinn participates in.

The show’s return to the status quo reminds me of what showrunner Stacy Rukeyser told The Tracking Board ahead of the season 3 premiere: “[E]very season is almost like writing a new pilot.”

But there are pros and cons to starting this season afresh. It puts the onus on the new characters — pressure which only Caitlin FitzGerald’s Serena is able to shoulder. The new suitor for the season, and Everlasting’s first female suitress, Serena cuts an intimidating figure even before she steps onto set, with Chet heralding her as the “female Elon Musk.” But when she and a giddy Rachel first meet, Serena turns out to be more complex than her cold exterior would suggest. Like Darius from season 2, Serena is Rachel’s dream candidate — a strong, symbolic piece of casting that will appease Rachel’s feminist upbringing with her reality-show job. And Serena lives up to Rachel’s expectations, falling into an easy confidence with the producer. Fitzgerald juggles Serena’s nervous uncertainty and empowered confidence well, but hides a deeper level of insecurity.

That insecurity is unleashed when Serena quickly rebels against Quinn’s established order, cutting Norman, a diminutive athlete who’s only here for the “entertainment value” and fleeing the set a few hours into the first night. After some cajoling from Rachel, Serena gives in to her request to smooth things over with Norman and ends up downing a few too many shots of tequila and sharing an onscreen kiss with Norman and an offscreen quickie with him. 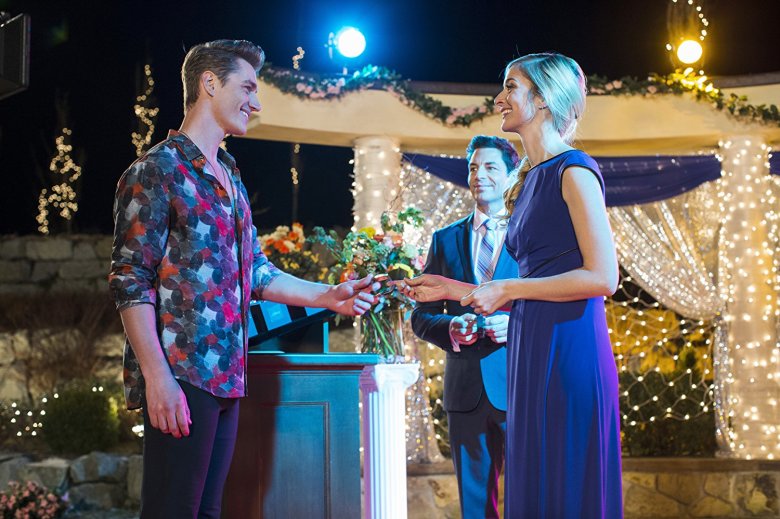 It’s the kind of salacious material that UnReal has excelled in, though the sex scene feels a bit out of sorts with the character that Serena has been introduced as. Unlike the two previous suitors, Serena is truly at Everlasting to find love, not for a PR makeover. That is the kind of motivation that viewers of the real-life Bachelorette would eat up, yet Quinn seems to completely brush it off. That may be because she realizes Rachel’s play: that she chose Serena to be an “ambassador for strong women everywhere.” But as Quinn hisses at Rachel, “She is not the avatar for you or me.”

Luckily Serena quickly breaks out of that “feminist suitress” label that Quinn, Rachel, and Chet intend to place her in. Unfortunately, the rest of the newcomers don’t. I barely remember any of the new contestant’s characteristics, much less their names. The men are the most stereotypical characters we’ve seen in all three seasons — the episode even makes a dig at their forgettability when Serena asks for the firefighter’s name. Chet’s new “easy” swimsuit model girlfriend threatens to be an offensive stereotype as well, no more than a plot contrivance for Chet to parade in front of Quinn. Until now, UnReal expertly introduced archetypal characters, only for those characters to quickly break out of their boxes. I’ll give the series a little more time to flesh out their characters, but so far, the male contestants pale in comparison to the breakout female characters we’ve had for the past two seasons.

But I don’t fault the episode for failing the supporting characters when the episode was all about Rachel. Rachel’s conflict between her new brutally honest ideals and her old habits provide a strong core for an episode that often felt like a retread of its past two seasons. And the addition of Dr. Simon, the show’s resident psychiatrist who Quinn secretly hired to keep an eye on Rachel, is much more welcome twist than Coleman last season. It’s clear that the season is bringing the focus back to Rachel and Quinn — a smart decision, as their parasitic, codependent dynamic is the most compelling part of the show.