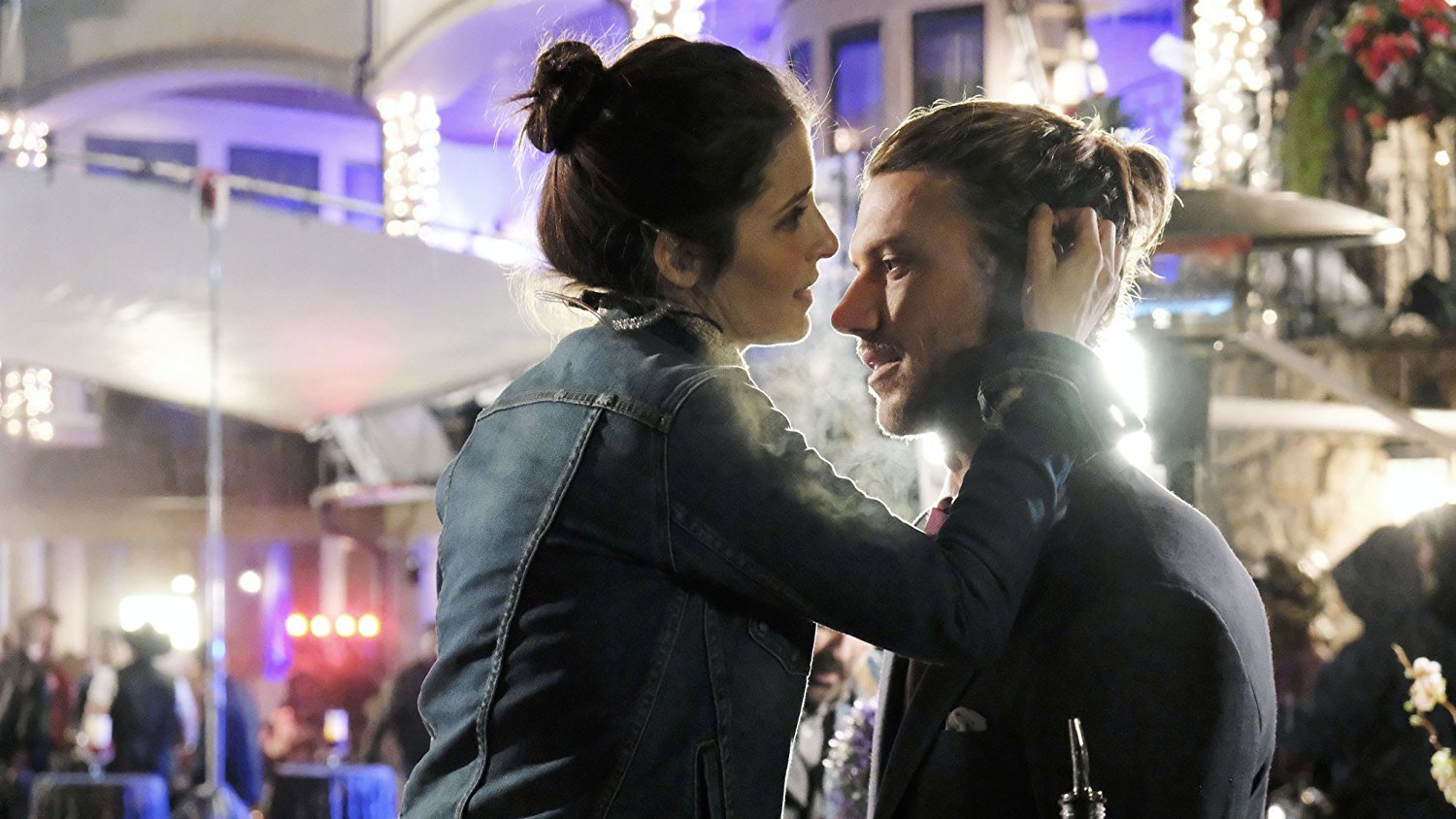 UnReal is at its best when it’s the Quinn and Rachel show. And after a somewhat messy return to the small screen for season 3, UnReal is back to doing what it does best.

“Shield,” the second episode of season 3, is an energetic episode that finally gets me to learn some of the new contestant’s names. But most importantly, it gets to the bottom of Quinn and Rachel’s strange, toxic relationship. The episode even goes so far as to have Rachel describe her Quinn complex (hey, this show isn’t exactly known for its subtlety), admitting that she sees her boss as a weird mother figure/muse amalgam. And all those tensions and clashes finally come to a boil, with Quinn making her first truly mean move this season to spite Rachel. Plus, there’s not one, but two Trump references made in the night.

Let’s get down to what led to the first fracture between Quinn and Rachel. Quinn had been treating Rachel with kiddie gloves since her return, concerned about Rachel’s mental well-being after being committed — and of course, because she wants her best employee back on top of her game. But like the rebellious child she is, Rachel refuses to play ball with Quinn, still committed to her celibacy and “Essential Honesty” audiobooks.

But temptation is all around for Rachel, with her dream guy, the Peace Corps volunteer August (Adam Demos) emerging dripping from a pool, glistening and talking about the war-torn Congo. The universe won’t let her forget about her weakness for sleeping with the show talent, and August won’t either. Unfortunately, even as he bats his eyelashes at Rachel, August remains a flat caricature for the majority of the episode. I guess I shouldn’t complain about the frustrating lack of depth given to the contestants when I mostly rave about Quinn and Rachel. But there’s no reason we can’t have both. 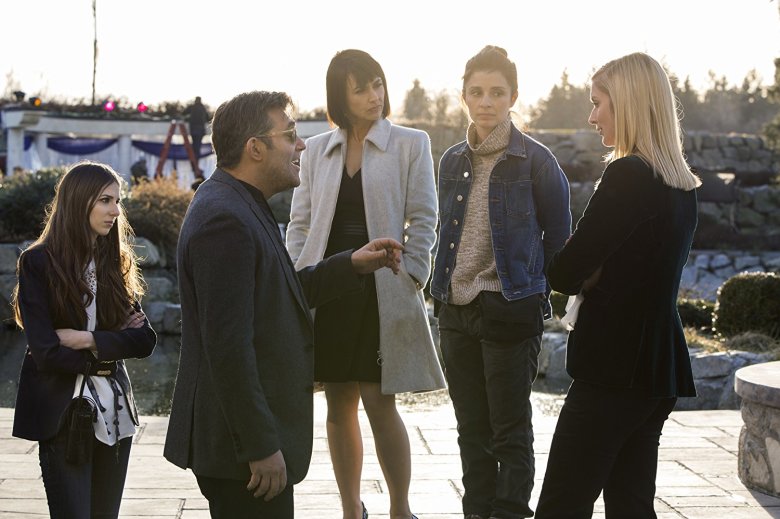 Perhaps that’s the entire point. “Men are so stupid,” Serena laments at the end of the episode, which sees her degrading herself all for the egos of a few boys. The episode lives up to its mission of showcasing a feminist suitress who unveils all the pitfalls of being a strong career woman looking for love.

The second episode of Everlasting kicks off with a Las Vegas-themed mission. But Serena’s uptight, high-powered ways again prove to be a stumbling block for Quinn and Rachel, and for Everlasting’s ratings. But Serena is even more closed off than ever after her drunken romp with Norman, the short jockey. She brushes off Quinn’s concern and advice, instead choosing to do what she always does: win, win, win. But her winning streak at poker soon puts off all the guys and makes her look like a condescending jerk.

“She’s an old sad,” Madison remarks, more infuriating than ever now that she’s finally wearing her mean-girl nature on her sleeve. The upstart rants about women who choose their careers over men, provoking a chill that takes over the room as Quinn glares at her. No, UnReal is not subtle at all.

The series couldn’t make it more clear that Serena is an avatar for both of Quinn and Rachel’s struggles as successful working women. It’s no surprise that it’s Chet, Quinn’s spurned ex, who gives Serena the advice to dumb herself down for the men: “bake him cookies and give him blow jobs.” Quinn and Rachel scoff, their egos hurt, but a desperate and insecure Serena relents (to the dumbing down part, not the sexual acts). Cue: classic UnReal shenanigans. Serena dons a new, giggly persona that makes her the center of attention, but threatens to alienate the cute firefighter (Alex Hernandez) who she had her first real moment of connection with last episode. How does it all end? With a giant fistfight, of course. Egged on by an embittered Rachel, the resident “bad boy” Alexi (Alex Sparrow) picks a fight with the conservative race car driver, Billy, (Tyler Hynes) resulting in a chaotic brawl that delights Quinn and horrifies Gary the executive. It earns them an empty legal threat, but it’s good TV. 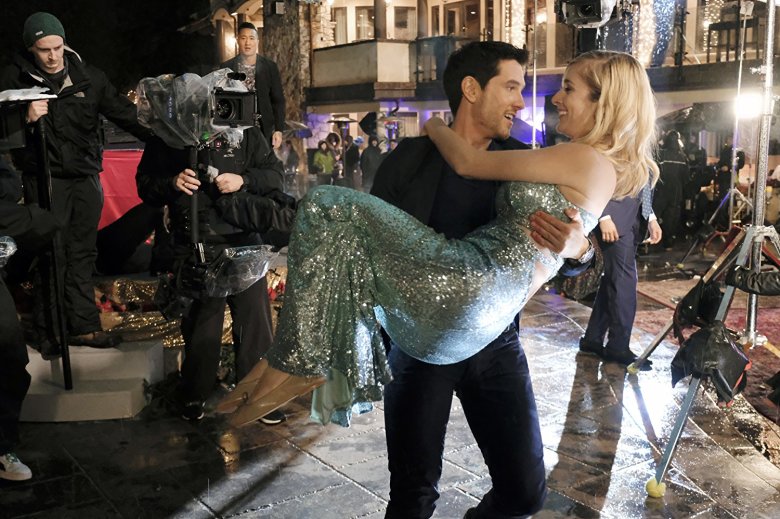 While things are finally kicking off in front of the cameras, Quinn and Rachel are slowly falling apart behind them. The two of them begin butting heads over how to produce Serena — Quinn wants her to cater to their dwindling audience, Rachel wants her to be the feminist icon she aspires to be. Naturally, it’s the men who drive the final wedge between them.

It just takes talking to the truly terrible Jeremy again and an impromptu session with Dr. Simon for Rachel to go off the deep end. And Chet cluelessly parades Crystal in front of Quinn, who only grows more grumpy seeing them together — though it does inspire some classic Queen witticisms (“Did school let out early?” and “Don’t ever send your child bride to do your dirty work” are real winners). But Quinn’s hard shell is cracked when Chet reveals that he’s truly in love with Crystal, confiding to her the truth about his father’s suicide that he never told to Quinn. It causes Quinn to spiral further down into an alcoholic stupor and clash with Rachel. But even as their latest skirmish gives them some good television, it sends both of them back into their worst habits.

Rachel and August’s flirtation reaches its climax, but anxious about her new commitment to honesty, Rachel awkwardly flees the scene. Enter a boozed-up, vindictive Quinn. Peeking Rachel’s closeness with her dream guy, Quinn swoops in to bring August back to her office and have steamy sex with him. It’s a perfectly lewd and shocking capper to an episode that feels like the season is finally getting started.