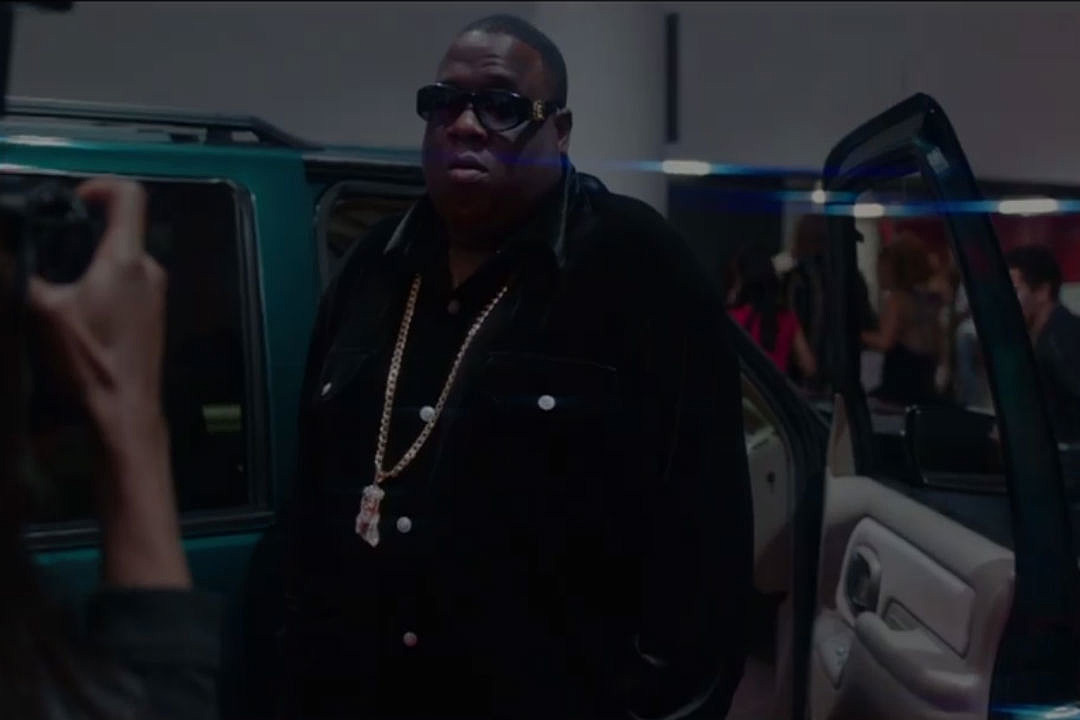 I did not know how crazy this investigation into Tupac and Biggie’s murders are. Everything is starting to come into focus as this second episode titled “Nobody Talks” is exactly that. There’s so much I didn’t know that I thought I knew. It even makes me question just what did Tupac and Biggie knew at the times of their deaths.

Look, the cold open this week was awful. The only thing that redeemed it was the fact that it played heavily into Detective Russell Poole’s (Jimmi Simpson) investigation. In fact, the gangbanging bits in this show have been very cringe-worthy so far. You can tell who it’s written by and how it’s written.

With that said, this episode Marc Rose is able to convey a pain and regret behind Tupac’s eyes. Like stated in the episode and on his song off the album of the same name, all eyes are on him. At all times. With that attention comes paranoia and pain. When you have to put on a public persona twenty-four seven, it’s hard to just be you. Tupac had to turn it on no matter what. The scene at the Fatburger fast food joint is a great scene highlighting all of this. It shows him beloved, but also on guard all the time even when kids approach him as fans.

Russell Poole’s investigation is one messed up and corrupt case to work. All roads lead to Death Row Records. Just getting simple facts seems impossible when nobody wants to talk. Even when Poole and his partner Detective Fred Miller (Jamie McShane) head to Vegas to continue their investigation, they’re taken aback by how much Las Vegas PD seem to not care about the case. And boy if you thought LAPD cops were racist, even they’re surprised by the things that come out of the mouths of LVPD.

Poole’s investigation leads to him interviewing Tupac’s bodyguard “Big” Frank Alexander and it is the most compelling and emotional interrogation I’ve seen in a while. This guy cared for Pac deeply. Despite breaking protocol on Pac’s orders by letting him ride with Suge Knight (Dominic Santana). We’ve seen the dramatization of Pac’s murder, time and again. What makes this work is the different point of view. Seeing the immediate aftermath of Frank and Suge frantically trying to get the door open as LAPD has their guns drawn on the two men. The emotions of loss and regret are conveyed greatly by this actor. 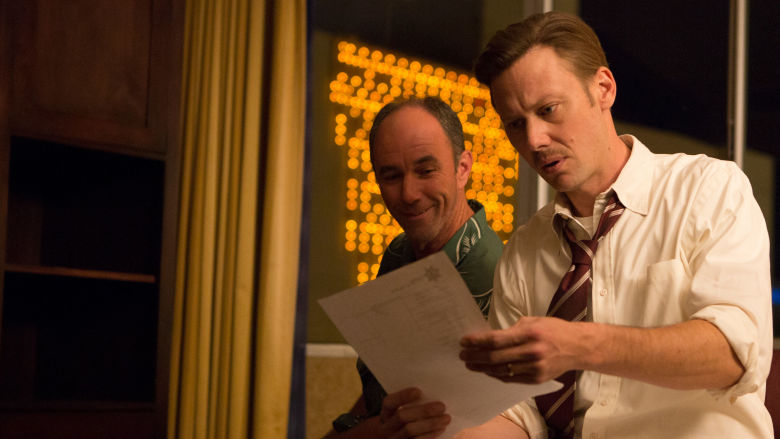 We get a glimpse into Poole’s private life and see what makes him so driven besides the dissolution of his family, is the unsolved missing poster hanging on his fridge of a relative. And he’s just as frustrated as I am when he learns that it seems a lot of LAPD seems to be working for Death Row. It’s no secret that a lot of cops have side gigs, but what the hell is going on? Even the cops who hate Death Row Records seem to not wanna talk about what’s going on and why this is so covered up.

And it’s not better in the present either. Detective Greg Kading (Josh Duhamel) has assembled the task force and they’re trying to cover all angles with everyone playing ball. Everyone is taking into consideration Poole’s theory of LAPD cover-up except for Detective Lee Tucker (Wendell Pierce). Tucker seems ready to bust in heads over nothing as well as take over as lead on the case.

What makes this work is that Bokeem Woodbine and Josh Duhamel have great chemistry. It also helps that their characters have a history-making Kading and Woodbine’s Daryn Dupree pop when they are on screen together. I believe every moment sold that they want to solve this case.

This episode was so good that it made the last episode much clearer. I’m really trying to piece this together myself. Everyone is convinced that Biggie and Tupac’s murders are connected and I’m not too sure. The whole East Coast/West Coast beef is a stain of the hip-hop community and it’s no secret that Suge Knight stroked those flames as hard as he could. Biggie and Tupac are victims of that for sure, but really watching this show makes it feel something went afoul.

Now that we’re getting to the meat and potatoes of the mystery, I’m excited to see why, for now twenty years plus, this case hasn’t been solved. Hopefully, this can also provide some catharsis for those who really want the cases of Tupac and Biggie’s deaths resolved.