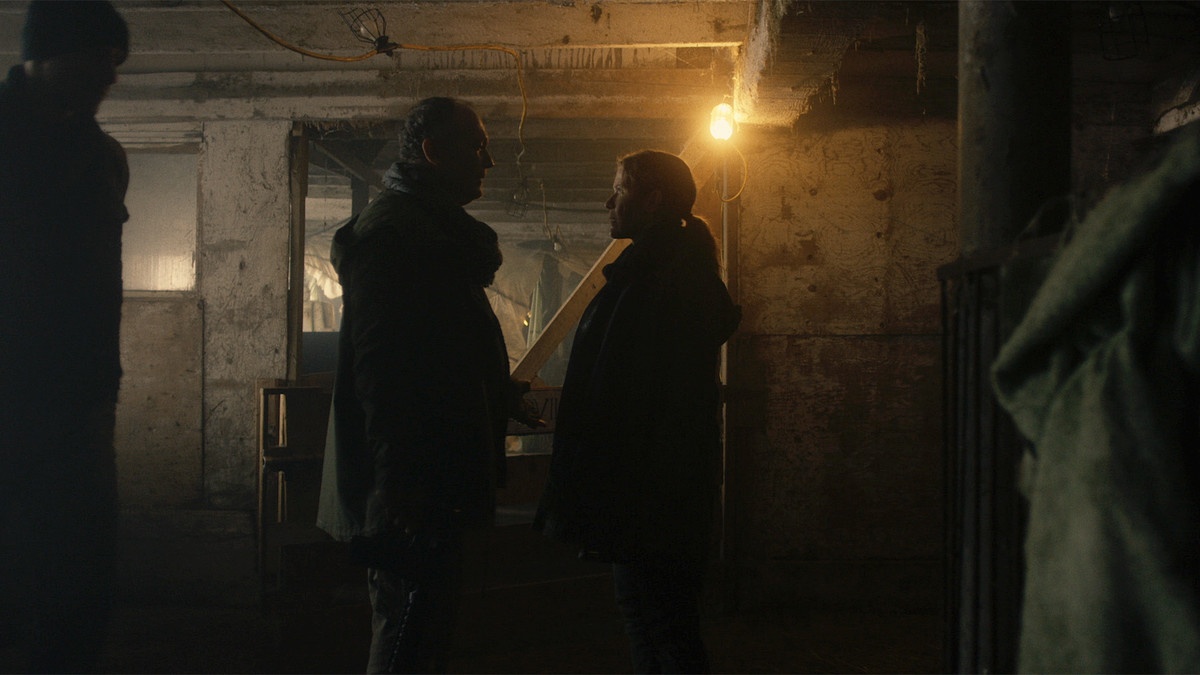 Van Helsing and Dylan run from human and vampire hunting teams while Mohamed takes a heroic stance, “In Redemption.” These first two second season episodes were both improvements over last season’s haphazard story telling. There are still weird remnants, like the balloon-release form the opener’s teaser. They didn’t pay that off this week and if they follow last season’s MO, the payoff will come late, or weak, if at all. However, there are many bright spots in this week’s episode (Dylan stands in one of them.)

We start with Dmitri healing in a literal blood bath. He still wants to get his hands on Vanessa and Dylan when he’s feeling better. Creepy Antanasia promises to find her and make Vampire Seattle great again. I would say this character needs more depth and motivation, but it’s pointless. She gathers a squad of hunters and quickly catches Vanessa’s scent. Not to mention, bratty Dylan lets out the occasional howl when she’s not complaining about being hungry or reuniting with her vampire mother Rebecca. 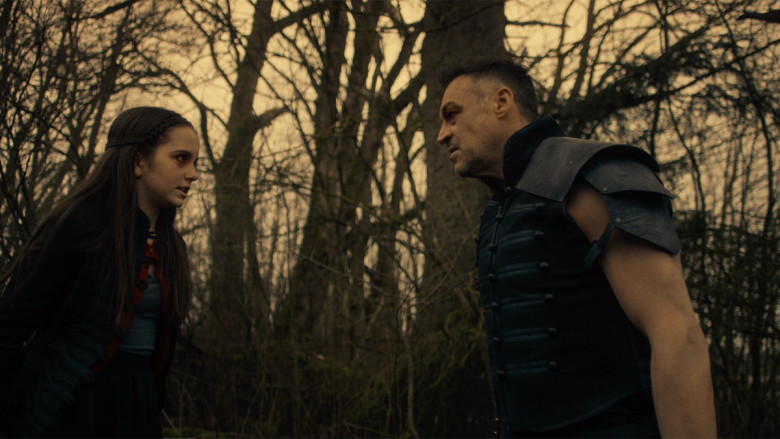 This is another storytelling bump. Dylan watched Vanessa drag Rebecca into the sunlight. Yes, she smacked Vanessa with a heavy bookend, but she didn’t do anything to save Rebecca. Mohamed is a different story, he’s trying to be helpful this week. He leads Vanessa and Dylan out of The Citadel, and when Antanasia and her pack attack in the woods, Mohamad stays to hold them off while Vanessa escapes with her unappreciative daughter. Mohamad’s gesture doesn’t last long, he runs out of ammo and gets severely wounded. Antanasia tough talks him until a mysterious ninja throws a dagger threw her skull and kills the rest of the hunting party with her sword. The ninja leaves Mohamed alone, she’s looking for Vanessa too.

There are a few fresh faces this week and a few old favorites return. Raul and Jolene are two resistance fighters from Taka’s group. Raul, the defacto leader of the siege survivors, gathers the wounded until the resistance can refresh and plan their next move. Doc returns and lends her triage skills, she helps many and saves Raul’s brother, Carl. Jolene appreciates Doc and offers her friendship, but Doc is guarded, trying to put her past behind her.

Doc’s storyline gets the gold star for the week, in fact, they could have filled this episode, maybe two, with Doc’s journey. The Walking Dead does this well from time to time. Doc struggles with the ghosts of her past, but they’re not through with her. Callie shows up at the resistance farm-lair. Raul, Jolene, and others are amazed a little girl survived in the deadly forest all by herself, but Doc is in more of a hurry to make Callie swear not to mention their past; the hospital, Axel, Eden or any other playtime secrets. 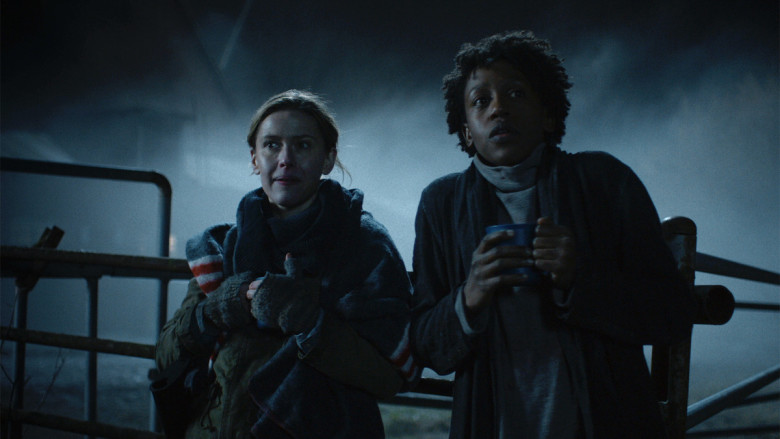 Raul notices blood bags are missing from the fridge, another compelling mystery. He’s on the lookout for the fiend on the team. Callie shows up late one night with a dead bunny to donate to the grill. Again, Jolene is amazed at what this little girl can do, but Doc is suspicious. She watches and follows Callie after she steals more blood from the fridge. Callie delivers the blood deep in the forest to her growling buddy from the shadows, who turns out to be vampire-Axel. Axel has been helping Callie survive since he found her separated from her group. However, he still has an Axe(l) to grind with Doc.There is a quick fight, but Axel isn’t the murdering type. He just wants more blood and any information Doc has on how to find Vanessa.

Callie explains everything to Raul, but he doesn’t share Callie’s tolerance. He organizes a squad to hunt and kill vampire-Axel and bring Doc back to the group where she’s still needed though not trusted. Meanwhile, Phil and Lucky find Mohamad while searching for Vanessa. They can either follow Vanessa’s tracks, or try to get Mohamed to the hospital. Mohamad tells Phil to leave him, but Phil can’t, he carries him back to the barnspital. 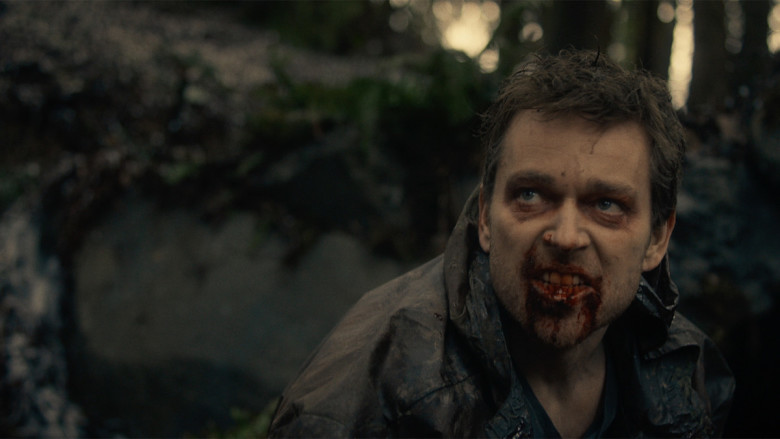 Vanessa and Dylan stop at an abandoned building to sleep. When Vanessa wakes up, she finds Dylan standing in the sunlight. If there were ever any doubts that Dr. Weird was experimenting on her, witness an enhancement. Vanessa reminds Dylan how she used to love the sun when she was younger. Dylan rips Vanessa’s throat open and runs off. It takes Vanessa a few to recover. In the meantime, Julius finds Dylan in the forest looking for Dmitri and Rebecca. Dylan is happy to lead him back to where she last saw them but Vanessa catches up and fights Julius. He’s tough and gets in a few good hits, but she’s tougher and eventually, Vanessa bites him. Julius drops, vomits his vampire goo, regains his humanity, and thanks Vanessa for saving him.

It’s great to have Doc and Axel back and on the road together. They returned in the best way, linked in an emotionally turbulent history. The baddie team concerns me at this point. Dmitri was last seen in a tub. Rebecca and Antanasia are both dead. Now, Julius, my favorite of the vampire family, is human again. There is a huge deficit in the villain department which is toxic for a horror story.