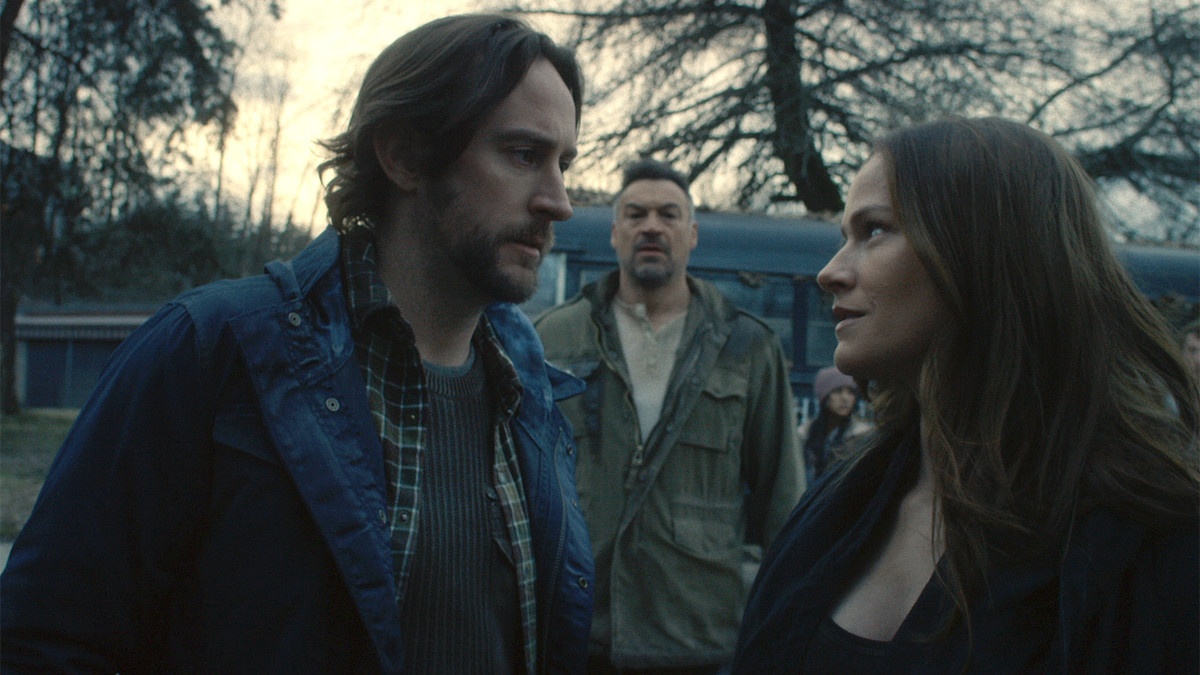 Van Helsing hunts Sam while she considers the possibility of a different kind of family in “Save Yourself.” There’s no doubt Vanessa is still anchored with grief over the loss of her daughter, but she isn’t blind to those around her who pull together for better or worse. Everything in season two is an improvement over the freshmen run. This week starts with the cat and mouse showdown between Vanessa and Sam at the juvenile detention center. Julius and Mike both offer to help but Vanessa sees Sam as a personal responsibility. She tells them to get the others back to their stronghold while she kills Sam. Easier said than done, she throws a hatchet into him from across the room and he barely notices.

Ethan and Julius free the kids from the courtyard and rescue Felix from the pool. I don’t know how that poor kid will ever recover from the last few weeks. His own tribe abused him, then Sam came along and took it to the next level. Sam has evolved into a tier one savage. He leaves a bloody trail for Van to follow and sings his creepy songs, but he slips away when she doesn’t notice. Van joins Julius and the others on their way back to the compound, but Sam gets their first. He killed some of the kids and beat the crap out of Ethan. She knows he’ll be back to pick them off one by one. He loves to stretch it out. You get the feeling Sam was a prolific lunatic serial killer before the vampire rising. 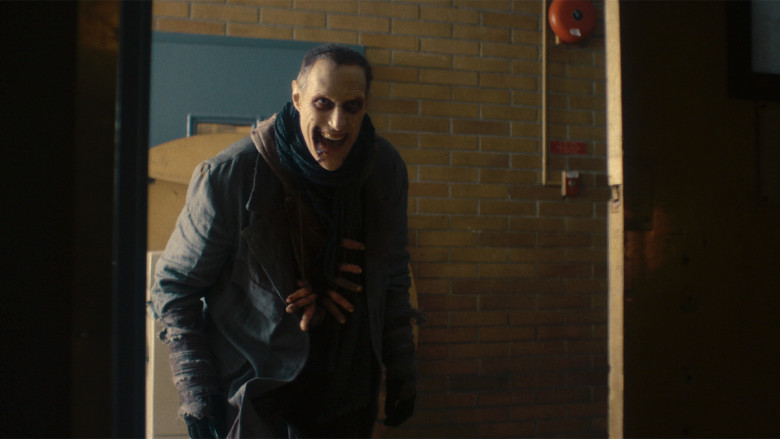 This time, Van convinces them it’s safer if she hunts Sam alone while they regroup and refortify. Again, Julius offers to be her wing man, but she pleads with him to stay and protect the others. He likes the kids and the kids love him. This Julius turn is one of the brilliant choices they made for season two. However, remember all the nasty vamps Julius had under his command? Dmitri takes charge of the troops when he gets word of Antanasia’s death. He tells the angry fang gang their leader, Julius, was turned by Vanessa and they’re all gonna run her down together. He’s been missing for a while and so has that other thing that woke up at the beginning of the season.

Van takes off to track Sam, but she stops and talks to Felix and Troy on her way out. She advises the boys to stick together, help each other out. Felix asks Van if there’s some roll he can play in Sam’s death. Van takes a little nibble on Felix’s arm. They don’t show what happens, but I think it’s supposed to make him whole. Weird scene probability; what happens when Felix meets the actual Mohamad after being carved to resemble him? 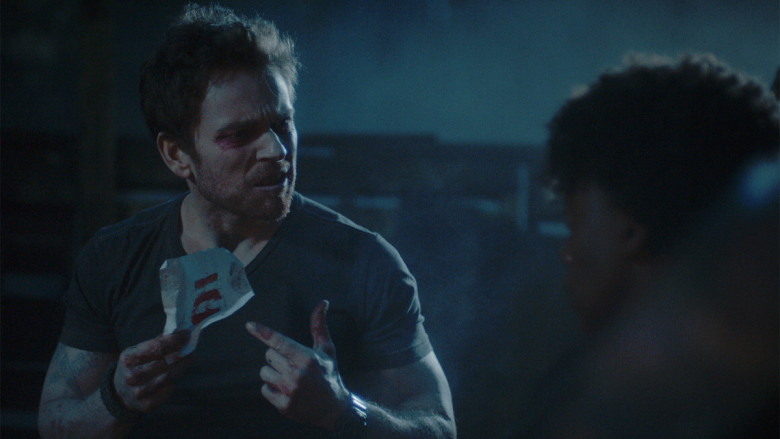 Van follows a trail of fingers Sam leaves to torment her to an old church. They have another brutal showdown, Sam brags about all the people he killed and a few he tricked Van into killing. Then, she gets close enough to bite him, but he knifes her first, several times. Sam gets the upper hand, chokes Van and stabs her in the chest when Julius blasts his way in. The shotgun hurts and knocks Sam around, but it doesn’t kill him. It does slow him down enough for Van to get back on her feet and join Julius. Sam eventually escapes again. That’s a great move, he’s too strong a baddie to disappear now.

Also, a little credit to Julius for having Van’s back. It’s on message with her advice to the boys, everybody needs someone, even her. They’re giving Julius a pretty strong hero hand, I foresee some tragic showdown in the future between him and Dmitri. Van confesses she’s been having visions and she might put Sam on the back burner while she pursues this inner drive. This is somehing else Julius can help with, he’s tied to her by bite now. 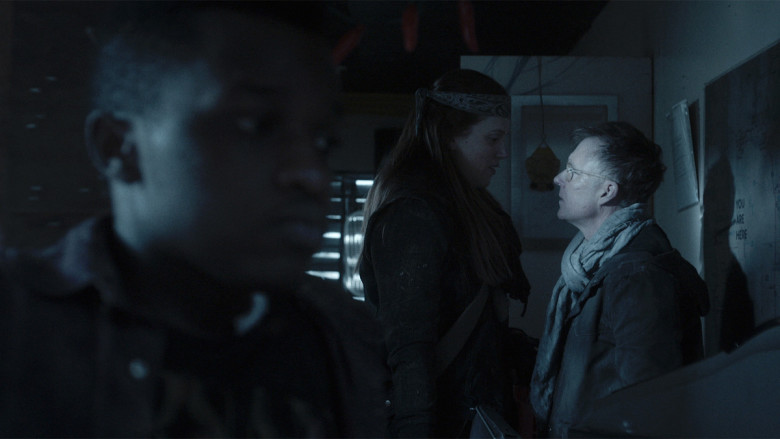 Axel gets weaker and weaker as he denies himself proper food. Doc finally convinces him to take some of her blood, he can’t possibly turn her vamp again. Axel samples a little, but it tastes horrible to him. The weird thing is, Doc seems to enjoy the taste of her own blood. I’m not sure where they’re going with that, but Axel did notice Doc licking her wound clean. His situation gets worse, he pleads with her to kill him before sunrise, but she refuses. Doc finds one of those message balloons from the season opener, but she doesn’t read it. She uses the paper to draw a picture of something she keeps seeing in her dreams. Axel says he recognizes the place. A red door marked, “Quarantine.”

Phil and Lucky keep searching for Van, but Mohamad, still weak, slows them down. When they stop to scrounge an abandoned house, Phil remembers they hid a vehicle nearby. The search will go much faster and Lucky knows where to score fuel. Then, she kisses Phil. These two make a great couple and the show needs this lighter, romantic subplot.