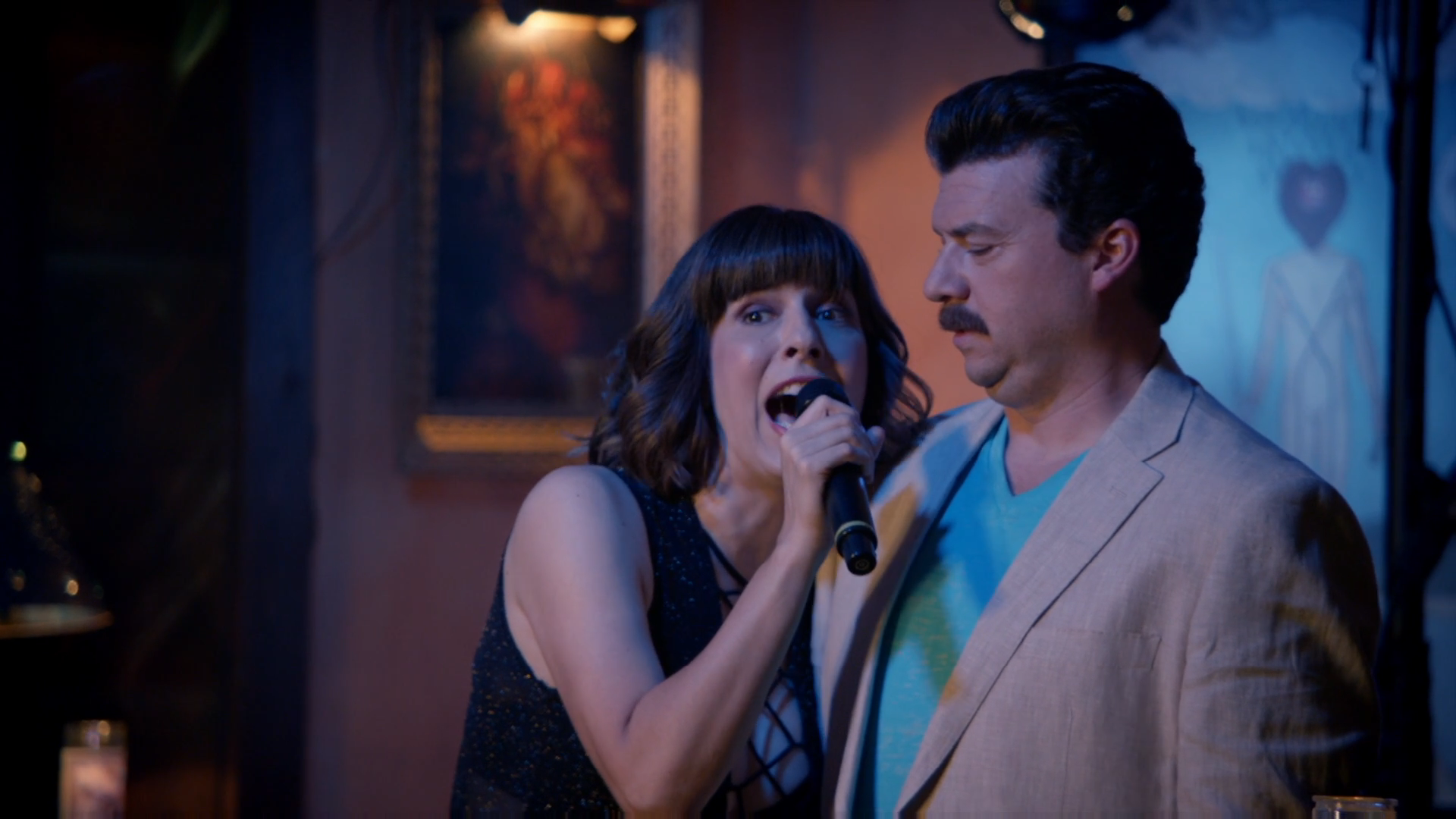 “Vice Principals” delivers its best episode of the season. Danny McBride and Jody Hill are at their roots story guys. They can’t deliver something without a character arc, and at times they sacrifice comedy for their devotion to story. This is not a problem you often find today. It makes their pieces polarizing, some thinking it can be too mean, others say it could go farther. For what it’s worth, this episode hits the sweet spot.

Everything has changed. The late night with Ms. Abbott has turned into a full-fledged thing, against Neal Gamby’s wishes. There are tons of amazing lines throughout this episode, but the acting is what really brings it together. So much of this episode rests on deliverance and literally everyone delivers, especially Edi Patterson. During one late night drive home, Ms. Abbott and Gamby have the following conversation: 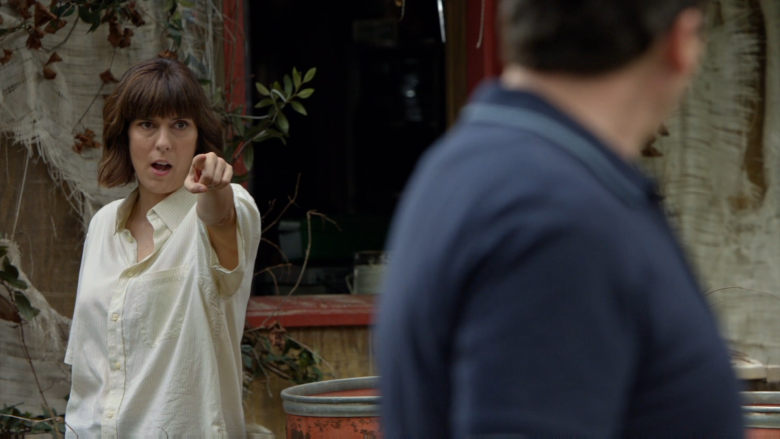 Ms. Abbott: If you ever leave me I’ll kill myself.

Gamby: Let us just listen to these tunes.

This scene is so dark that it’s hard not to imagine this being uncomfortable, but Edi Patterson really puts some amazing comedy into this line. It’s been interesting watching these characters grow with the season. North Jackson High’s rebranding under Russell is one of the more interesting season-to-season changes I’ve seen on a show. The entire place feels different and though the writing has plenty to do with it, you can feel the difference in the performances. It’s a constant reminder that Belinda Brown was good at her job, Lee Russell and Neal Gamby are not, and it’s integral that you remember that.

Russell’s entire life is in shambles while Neal Gamby is on the come-up. After Russell brushes Gamby off, Gamby decides he’s going to fully side with the teachers against Russell, and use his new “girlfriend” to make him cool. Gamby has always had a weird relationship with peer pressure, and this is the latest manifestation of it. I mean, of course Gamby wants to be cool, the man literally can’t apologize because he thinks it’s a “power move.” With Gamby it’s all rooted in ego and a shift in likability as he’s found himself to be the “good principal” to Lee Russell’s “horrible.” It also doesn’t help that Ms. Abbott keeps calling him “the coolest boy in school.” These elements work together into a ridiculous wardrobe change where Gamby looks like he’s wearing a Don Johnson Halloween costume. Most people see through it, but what’s interesting here is people don’t really care to put Gamby down: they genuinely like him enough that they accept him for who he is. 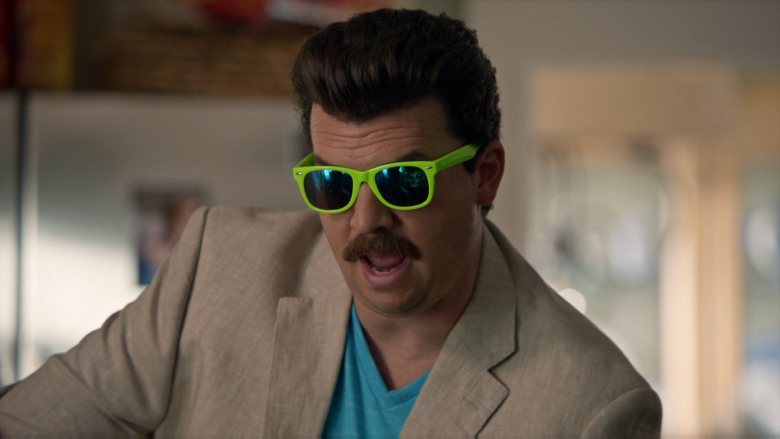 Lee Russell on the other hand is about to find out he’s not accepted by anyone. After alienating the teachers, he finds himself alienated at home as well, as Christine can’t stand to look at him after the party. Russell knows he needs to do something and so when Christine pushes for the honest truth, he does his best to give it to her. It seems to be working and so Lee says he, “honestly wants to cook for her,” which makes her happy. It’s not the favor that gets her, it’s the honesty. Their entire relationship has fallen apart in her eyes and there is no room for trust with all the lies Lee constantly throws around. Lee is a habitual liar with some real evil streaks, and although Christine only knows the tip of this iceberg, that’s enough for her to know something needs to change.

Unfortunately, Russell does not deliver that change. He delivers dinner, that is to say, he has dinner delivered and claims it to be home cooking. When Christine finds the containers in the trash she confronts Lee who continues to lie to her. Later, with only a note, Christine, her mother, and their furniture leave Lee in the middle of the night. As he sits on the floor he openly contemplates why these bad things keep happening to him, but the answer is clear: for burning down Belinda Brown’s house, so is his home life “burned” to the ground. Next, for ruining Belinda Brown’s job, so too will his job be lost.

When it comes to Russell losing his job, the teachers have decided to take this into their own hands. Roughly six months ago they made a pact to purposefully not teach their students how to score better on the standardized tests so that Russell will be the fall guy. These are meaningless tests that impact the students in no way whatsoever, so it seems like a perfect move for the teachers. They let Gamby in on their plans at karaoke (which he is forced to do with Ms. Abbott as Amanda Snodgrass looks on in the distance) and immediately Gamby doesn’t feel OK about the new him. He used to stand for justice and now all he cares about are pastel colors and being a hot boy. Ms. Snodgrass doesn’t care for it either as she’s been openly defying the pact. No matter how cool he gets or where their relationship stands, Neal will stand by his friend Russell’s side. So, after the students fill in their horribly wrong answers Gamby, Russell, Snodgrass and Nash go to Russell’s office and forge the hell out of these standardized tests. 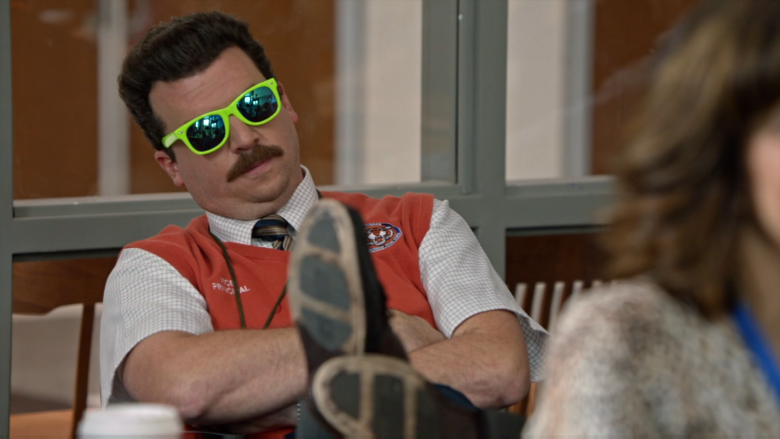 The event seems to bring the foursome together. Ms. Snodgrass and Gamby seem to even share a moment. Gamby is in a (fairly) good place right now, but Lee needs Gamby more than ever. This is all leading to the reveal where Lee Russell decides to be honest, for the first time in his life, and tell Gamby that it was he who shot him. It’s not this telegraphed reveal, but how Gamby will react that keeps me interested in this show from a plot perspective. Also, wouldn’t it be great if I was completely wrong?