Arnold’s presence is becoming more pronounced as Ford tries to understand what he’s up to in this week’s WESTWORLD. At the heart of all of the aberrations to the hosts programming are the whispered words of Arnold, but is he still alive or does he only live on inside the code of the original hosts?

Maeve has been having an awakening for the last few episodes, and she’s beginning to understand more of what Felix and Sylvester do to the hosts. As her new understanding paints the way she views Westworld and her life within it, the musical cue is spot on and explains what she’s feeling. There are never any lyrics in the cues rewritten in period piano by Ramin Djawadi, but the songs are so familiar as viewers the lyrics play in our heads while we watch the images they accompany. With Maeve beginning to understand she isn’t entirely real like Felix and Sylvester or the guests who visit Westworld, Radiohead’s “Fake Plastic Trees” plays over the images and the artifice as she pushes a violent customer to his wits end by taunting his manhood and what a bad lover he is in hopes he kills her so she can continue her conversation with Felix. 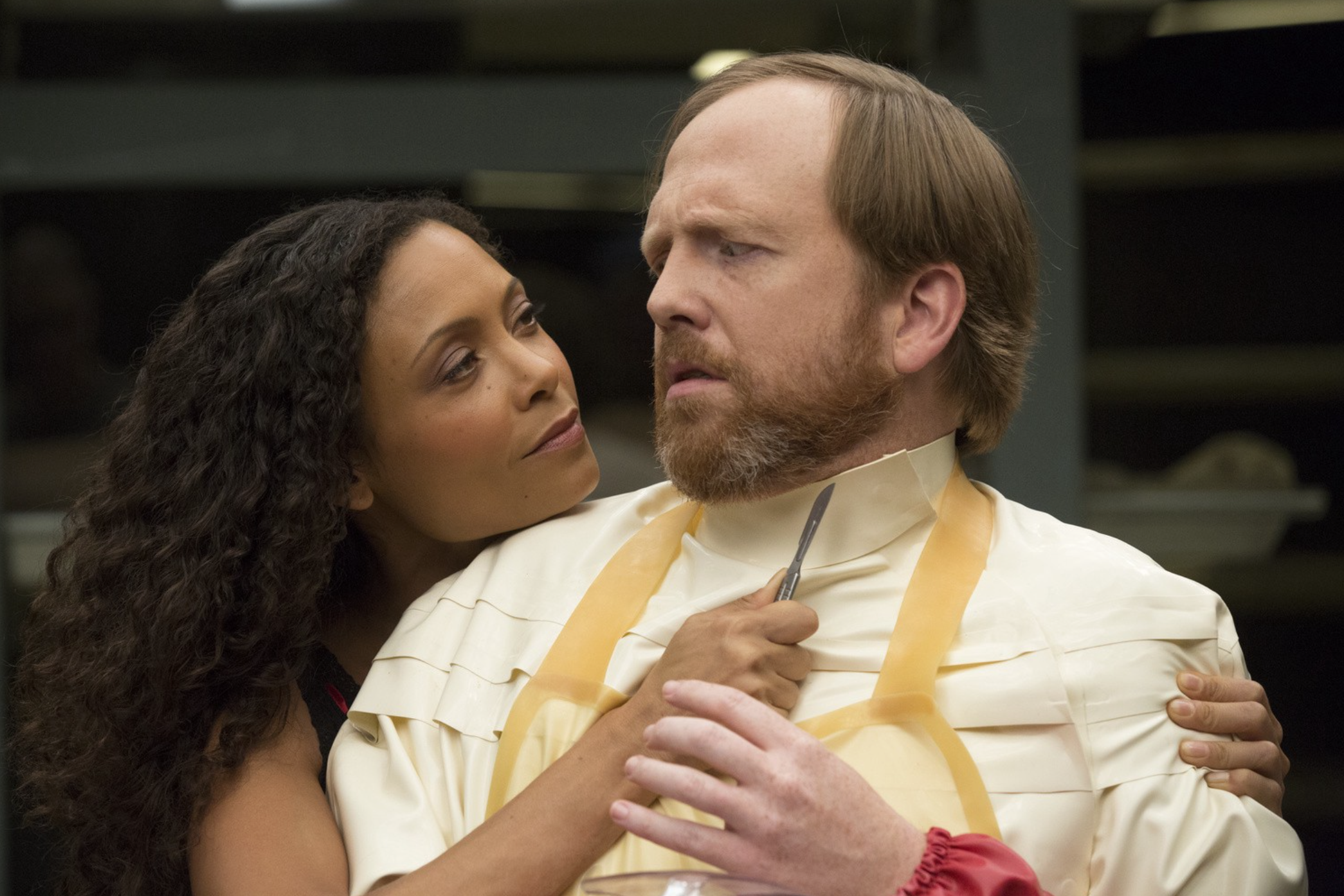 Being programmed to be able to read people comes in handy while Maeve gains enlightenment from Felix. Sylvester plans on telling on Felix because of his experiments with the bird and now Maeve, but Maeve puts the kibosh on that. Arnold has already awaked her, and now the parameters of her programming have altered so it appears she could actually hurt a human. She has Felix wrapped around her finger, but blackmail works just as well to keep Sylvester in check. Like anyone who’s awoken from a deep sleep or coma, Maeve has a lot of questions, and demands Felix show her around the rest of the facility. It’s a behind the scenes tour of where she came from, a view of God’s laboratory, and it’s like Maeve has become Westworld’s eve. Seeing how hosts are built, programmed, and tested changes everything for her. She’s tasted from the Tree of Knowledge now. She demands Felix and Sylvester alter her programming to make her limitations disappear. How will what she’s learned carry with her into the park, and will this knowledge spread and start a rebellion?

Elsie has been looking into the leak of data from the park. She and Bernard realize there are aberrations and unprogrammed actions by hosts inside the park, and they both want to get to the bottom of it. Bernard stumbles upon Ford’s hidden secret of a family of modern, unlicensed hosts who are exact duplicates of Ford’s own family. They were a gift to him from Arnold, and he’s programmed them to be more accurate himself. They do not listen to commands from anyone but Ford. If he’s capable of being solely in control of hosts actions what stops him from refusing to step down from Westworld as creative director even if the board were to want him gone? Could he take over the park and be God of everything inside of it? Elsie finds the transmitter in an abandoned theater and discovers both Theresa and Arnold are behind the data leak. Before she can get any more information from the transmitter an unseen person attacks her. 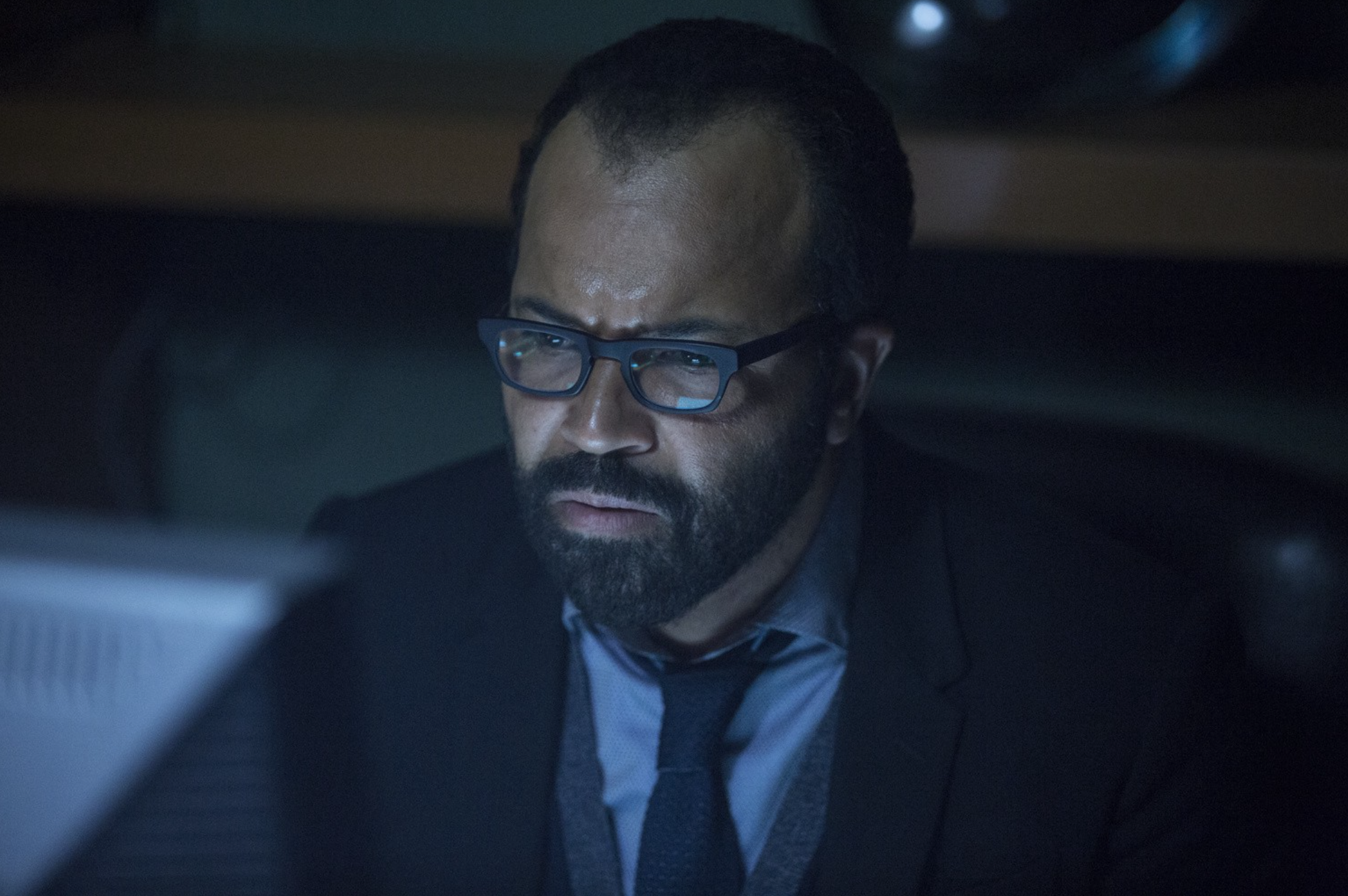 There are a lot of things that point toward Bernard being a robot himself and not necessarily being aware of it. Ford knows he and Theresa are having a sexual relationship, but how does he know? Earlier Elsie explains that all hosts have their sexual encounters logged, could Ford know because of logs of Bernard’s sexual encounters? Just the fact that Ford knows is why Theresa breaks up with him. When we first meet Bernard he’s having conversations with Ford that are similar in manner to ones Bernard has with Delores. There’s no tip of the hat of Ford asking Bernard programming and operation questions about himself, but still they’re similar enough to raise questions. During last night’s conversation between Bernard and Elsie she says, “You’ve been here forever” after he tells her about an earlier abandoned demo project which may explain how the satellite is being used. Has he truly been there forever? Everything about Bernard, his dead son, his wife we never see, all of it could be programmed back story just like with a host, but then again it could just be similarities without any bigger meaning.

What is Arnold up to? Clearly he’s the voice in the host’s heads telling them what to do. We already had an inkling this was the case with Delores, but Ford finds out the truth of it while interviewing the young host version of himself when his childhood dog is found dead. Young Ford killed the dog because Arnold’s voice told him to. Now that Ford knows Arnold is somehow meddling with Westworld from beyond the grave will he be able to stop it? Is Arnold even dead, or is it like the myth of the maze: Has Arnold built a place for himself at the heart of the maze only he can find and navigate through? If Theresa is working with Arnold what is their aim? We know before he died Arnold told Delores he wanted her to help him destroy the park, is this what’s going to happen?

I’m curious about the subterranean levels under the park. They have restricted access and are in complete disarray. Westworld retires hosts who are no longer working properly down there, but why is everything falling apart there with water leaking all over the place? It looks abandoned, but why has it been abandoned? Was there a robot rebellion at one point that had something to do with what happened down there? Are the lower levels off limits because they are trying to hide something? We know Ford goes down there to drink with some of the first generation hosts, but what are they hiding? 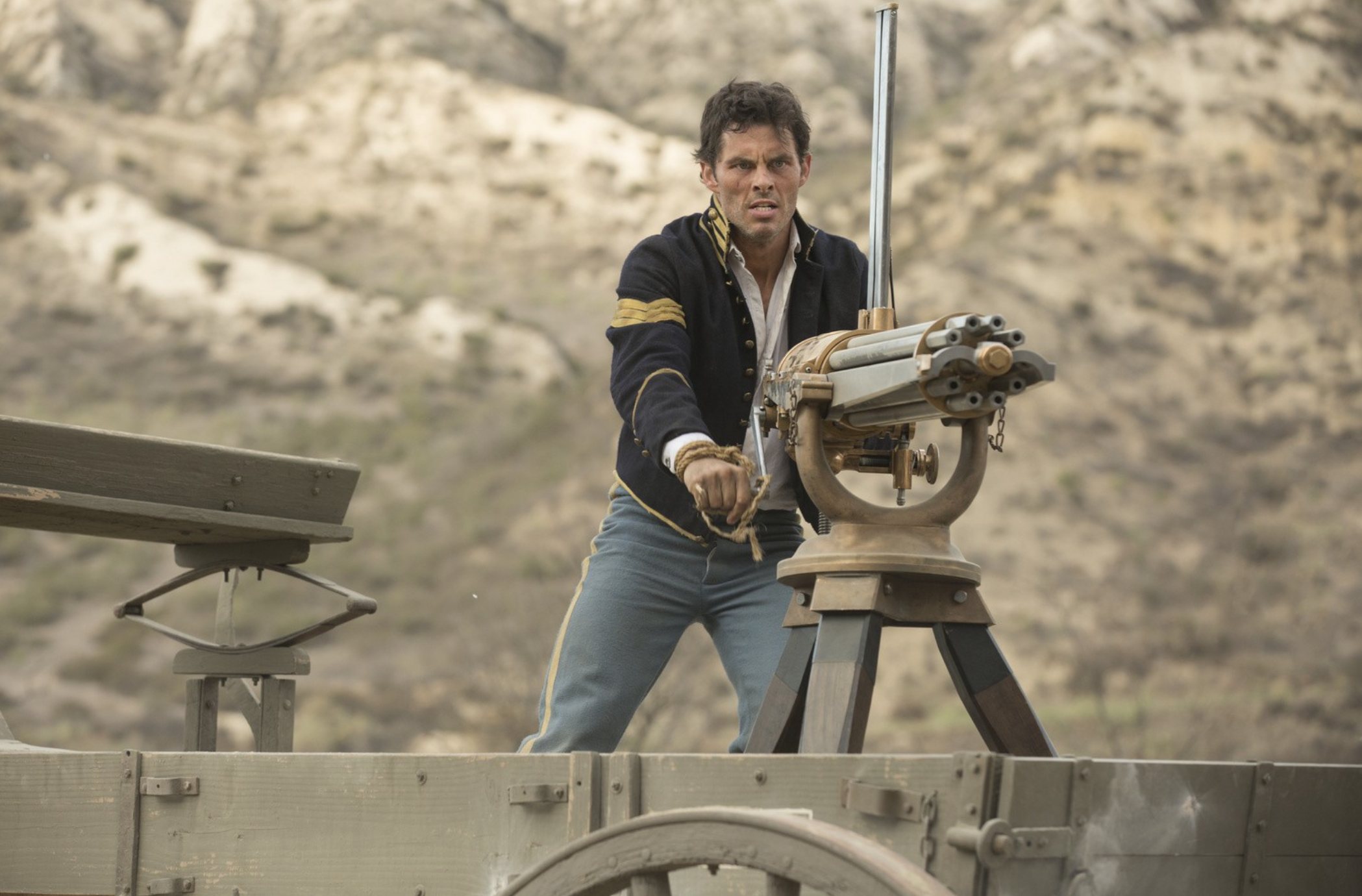 The Man in Black and Teddy continue to look for Wyatt and the entrance to the maze, but Pariah has been blockaded by the military, so they have to find another way in. They disguise themselves as soldiers to get past a Union encampment, but Teddy is recognized for his role in the past soldier massacre with Wyatt. They’re caught, but Arnold shows Teddy a flashback of his old nature and what he was like. Teddy taps into his inner killer, his past self, and takes out the entire encampment with a Gatling Gun. Arnold is giving access to first generation hosts past memories, but what will it change? Will the first generation hosts be able to insight a revolution using the newer hosts as an army? If we are seeing diverging timelines like some theories about the show suggest, is the off limits lower levels where the revolt of Williams and Delores’s timeline was put down and hidden, and is the Man in Black (who may or may not be William) trying to finish what he started as a young man? Is he trying to regain the truth and innocence he lost when he was younger before he became jaded and ruthless? Time will tell.