The terrifying power Ford has over WESTWORLD is on full display in this episode. With the board angling for his retirement from control of the park, it’s clear Ford has no intention of releasing his grip on power. Maeve comes up with a way to escape the shackles of the park, and Delores and William continue their search for the maze.

There have been all sorts of theories about Westworld, who is real and who is a host, are there separate timelines, the Man in Black and William, but tonight one of them can be finally put to rest. The beauty of the construction of the narrative of Westworld is that it lends itself to so many possibilities. The story is layered and intricate, there are hints of possible interpretations with every clue dropped into the episodes, and it breeds a fervent fan base to theorize and search for meaning behind every choice made in the show. I haven’t seen fan reaction like this since Lost was on the air, but unlike Lost, Westworld seems content with showing its cards once and awhile.

The writing on this show is so top notch that if Westworld doesn’t go down as one of Anthony Hopkins greatest performances I’d be utterly shocked. He is so devious and sinister as Dr. Ford that I find him far more menacing on Westworld than I think he even was on Silence of the Lambs. There’s weight to his words, and undercurrents of threat when he speaks to people, yet he never raises his voice. He’s cool and calculated and no matter what he comes up against he always appears to have the upper hand. Ford is the God of Westworld and those who try to wrestle away control from him will feel his wrath.

As we learn more about the hosts and their programming, it becomes harder and harder to think of them as mere robots. They have been built to have a sentience, though a highly regulated one that makes it difficult for them to question their reality. So as the aberration in their software or code persists because of either Arnold or possibly because of Ford’s “reveries” build, we are able to see the full potential for consciousness of the hosts rivals that of humans. Ford himself said they were built to be free of anxiety and guilt, and in some ways they are freer than any human visiting the park. But there’s also the other side of things, which is more in line with Maeve’s experiences. 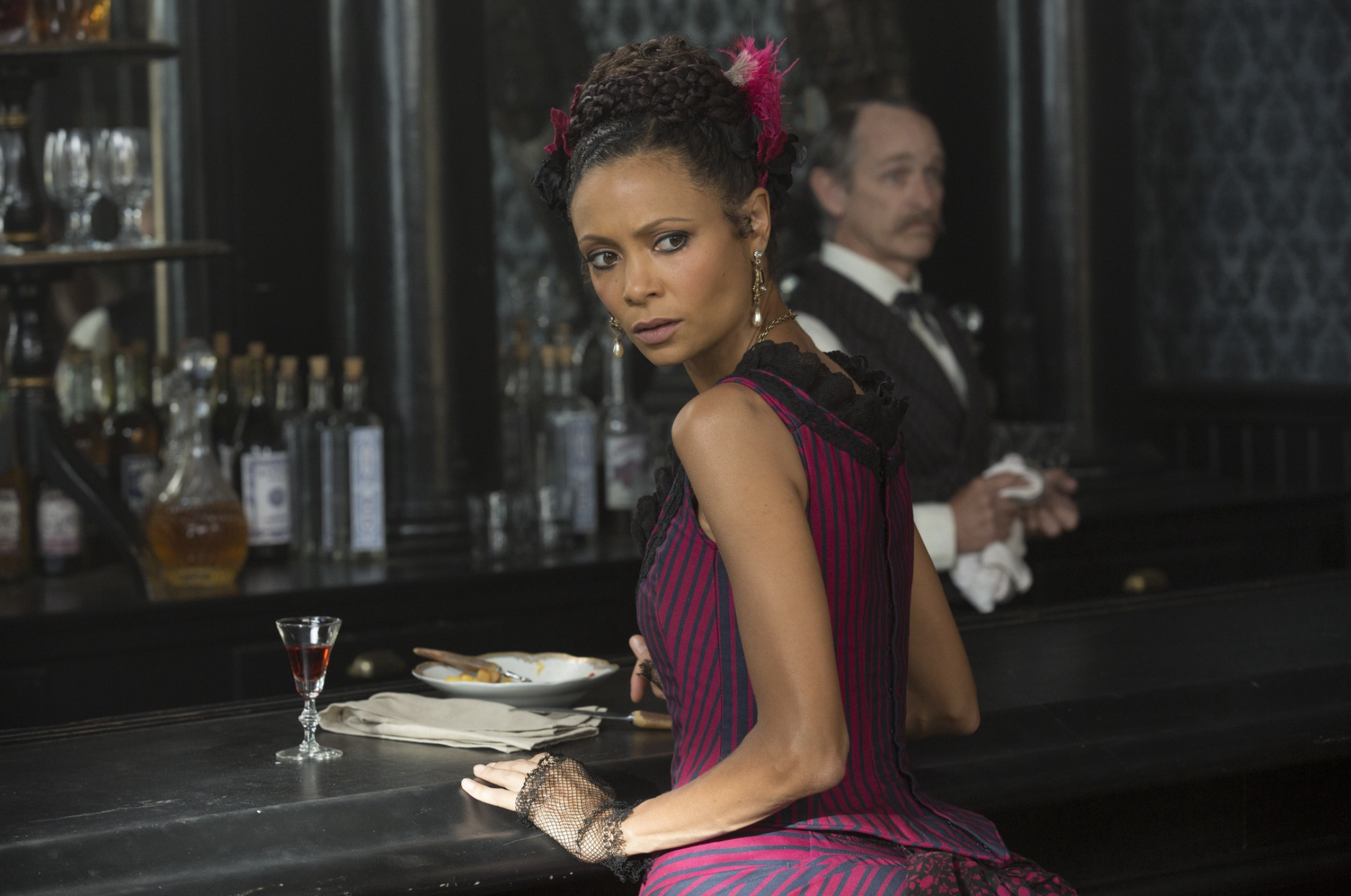 She witnesses Clementine being taken by the engineers as the world around them freezes. Her curiosity brings her back to Felix and Sydney where she demands to see what happened to Clementine, only to witness the retirement and labotamization of her friend. The shock of it brings her to a realization. All of her life she’s prided herself on being a survivor, but now she realizes that surviving is just another loop. She wants to escape, and Felix and Sydney are going to help her or she will kill them. It seems like it would be nearly impossible to get out of the confines of Westworld and be able to blend into society since there must be built in restrictions in her programming or flesh to stop hosts from getting outside of the park, much like shopping carts wheels will seize up if they are pushed outside the confines of a stores parking lot. In the outside world the technology that makes her tick would be invaluable.

So far Ford has been able to keep all of the data and code that makes the park possible from getting outside to either the board or anyone else. Theresa set up the satellite and host uplink Elsie stumbled upon at the board’s request. They have zero interest in the amusement aspect of Westworld; their only concern is with the code that makes it all possible. It’s unclear what they intend to use it for if they were to have access to what makes everything tick, but it clearly won’t be something innocent or good, and Ford knows this. As long as he can keep this information away from them he remains in control, but the board intends to get him to either retire or step down. Charlotte and Theresa plot to find a way to overthrow his control, and a demonstration is put together. It’s clearly rigged, and intends to show both Ford and Bernard that their updates to the hosts make them dangerous to humans. In the aftermath of the display Bernard is blamed for the update and the faulty code. Charlotte fires him on the spot believing jettisoning Ford’s right had man will weaken him, but that doesn’t turn out to be the case. 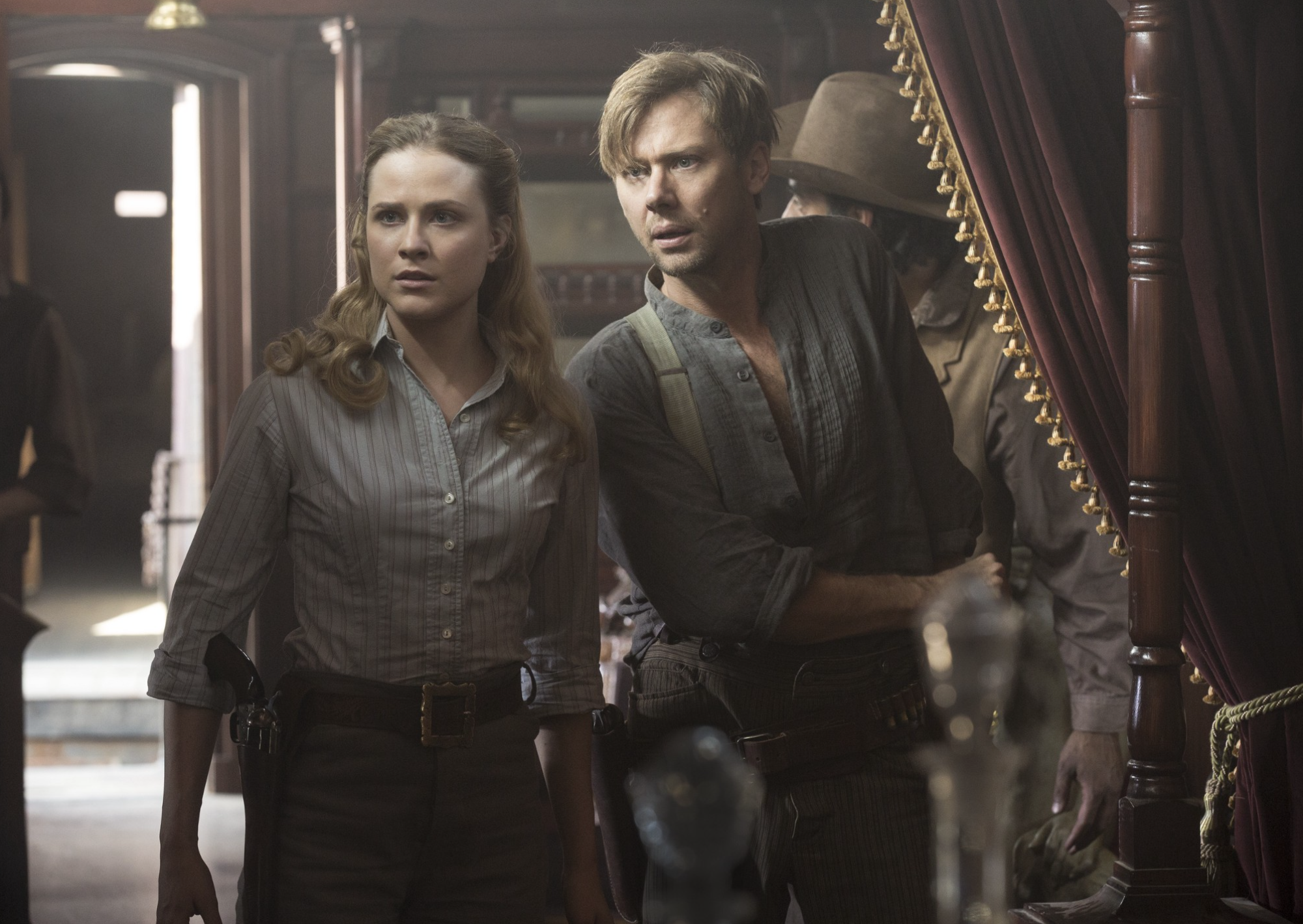 Delores and William continue on their journey with Lawrence to find the maze. They are out at the far reaches of the park, where a terrifying group of Native Americans known as The Ghost Nation hold sway. The thing about William is that for the first time in his life he’s really living. Outside of the park he pretends, and acts outside of his nature to get what he really wants, but here he can be himself, and that means falling in love with Delores. They have a genuine attraction, but I have a feeling their love is ill fated. If they do find the entrance to the maze and if the timeline of this show is of a divergent nature where William and the Man in Black are one in the same, than something clearly goes wrong with their plan. It would explain the anger of the Man in Black and his tireless quest to finish what he started as a younger man.

Now that Bernard has been fired, he feels free to tell Theresa about the secret part of the park where Ford’s family resides. He has concerns about what it all means, and he takes her to see it for herself. Underneath the house there’s a lab where Ford is secretly building hosts the park has no record of. Theresa sees plans of the early hosts including Delores, a young Ford, and Bernard. Bernard is a host and has been all along, though even he doesn’t know it. Ford shows up in what is perhaps one of the greatest and creepiest scenes in the entire series so far. Ford menaces without violence, displays his control over Bernard, and tells her she isn’t the first blood sacrifice the board has sent him, and likely will not be the last. Bernard brought her to Ford on his instructions, and Ford isn’t one to get his hands dirty, so Bernard does it for him. He beats Theresa to death while Ford watches his machine possibly building a replicant of Theresa. 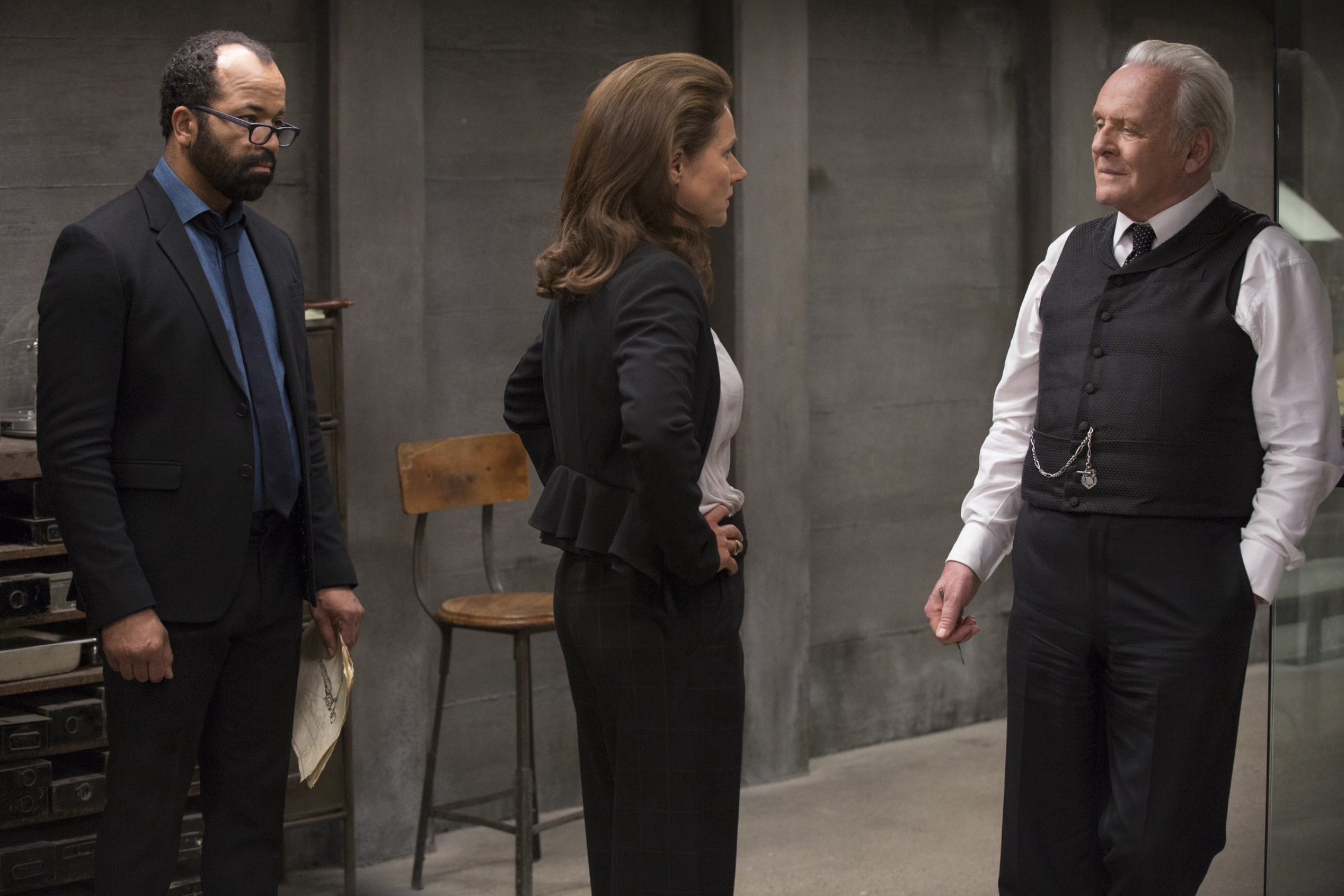 This opens up so many questions. If Bernard was a host all along it not only makes us question who is real and who is not, but which of the hosts are based on real people from Ford’s past. Who was Delores based on, and why was she and Ford never really friends like Arnold and her were? Is she the reason Arnold and Ford had their falling out, or was it something else? How will the board react to Ford’s unwavering control of the park, and how far will he go to protect his creation? It seems he’d rather die and take his secrets with him than give up the park.