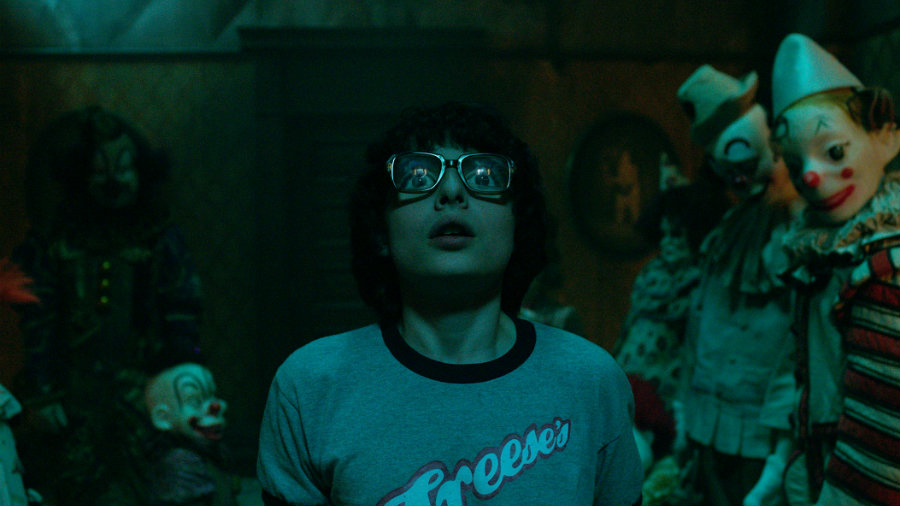 Despite the title and the significance of the number 45 this particular year, I’m actually not going to get political on you. I just like to write about movies and in particular, the trends that decide which movies succeed and which ones fail.  I was hoping to write this piece a few weeks ago but got sidetracked by the Toronto Film Festival.

That means I’ll be writing about how well horror movies are doing in a weekend when Entertainment Studios’ Friend Request is going to bomb very very badly, but that might partially  be due to Warner Bros’ It continuing to dominate with another $30 million this weekend after becoming the highest grossing horror movie ever.

The big question that comes to mind is “Why now?”

Why is horror doing particularly well in a year when so many other ‘sure things’ (like franchises) aren’t? At first, you might think it’s due to the originality of films like Jordan Peele’s Get Out and M. Night Shyamalan’s Split, but you can’t use that same gauge when talking about It or Annabelle: Creation, both based on existing properties with It adapting a Stephen King book that was already turned into a fairly popular TV mini-series in 1990.

You would think that with everything going on in the world between the current political climate, frequent natural disasters and high-profile celebrity deaths, audiences would be rushing in droves to comedies or lighter escapist fare*, but no, it’s horror that is driving the box office, especially right now. (*One could say that the success of Wonder Woman was indeed audiences looking for escapism, but also, they might have been looking for films with deeper meaning to their lives similar to Marvel’s films.)

This isn’t a new trend either, because there have been a number of horror movie waves since the beginning of cinema whether it’s in the ’30s or ’50s or ’70s or even in the early ’00s when horror was becoming so successful that more studios and filmmakers were trying to dip their toes into the genre.

But first, let’s go back to the late ’60s and  ’70s with movies like Rosemary’s Baby (1968), The Exorcist (1973) and even 1976’s The Omen, all which did decent business with at least the first two deemed to be horror classics. 1968 was a Presidential Election with Nixon taking on Vice President Hubert Humphrey, but also, America’s involvement in the Vietnam War was reaching its peak.  Five years later, America’s involvement in the Vietnam War was ending but we were also in the uncertainty after the reelection of Nixon amidst the Watergate scandal that would get him impeached a year later.  (Movies like The Day the Earth Stood Still  in 1951 and 1954’s Them! came out at the height of the nuclear fears during the early Cold War.)

Cut forward to 1984 and Wes Craven’s A Nightmare on Elm Street. That year, there was another Presidential election with Ronald Reagen eventually getting reelected after four years of drastic changes in the country including a serious recession and an oil crisis that made a movie about a killer that murdered you while you slept far more palatable.

A lot of great horror movies came out in the ’80s and ’90s plus a lot of bad ones but there was a big time resurgence of horror at the box office with Rob Zombie’s 2003 film House of 1,000 Corpses, the first Saw movie came out a year later, and what was happening in the world then? Let’s see… this was the post 9/11 era, there was a war going on Iraq, America was beginning to split between those who were not fans of the junior Bush and those who reelected him literally a week after Saw was released.

There’s a similar amount of uncertainty right now, and going to see movies can certainly offer some escapism, but horror movies offer a more concrete form of terror to counteract the general unease many are feeling about the situation of the world. Even if it’s just to watch an unstoppable demonic clown.  It’s doubtful anyone involved with making It meant there to be any sort of political connection or analogy with the movie’s antagonist, but at least Pennywise the clown will only scare you for two hours, before you have to return to the real world and the clowns who seem to want to put the world back at war. 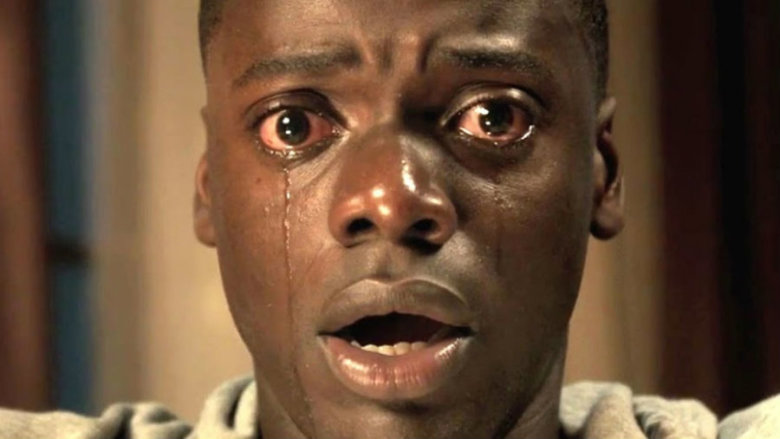 Of the horror movies that opened this year, Jordan Peele’s Get Out definitely felt like the most timely and topical to the general feelings out there, especially in America, but Peele didn’t write and make this movie this year. No, Get Out‘s general premise is about…. we’ll put a SPOILER WARNING in here in case you haven’t seen it yet… old white people who kidnap black men and women to use their bodies as the perfect vessel for their brains was something he came up with years ago. It’s fairly high concept, for sure, but maybe everything that was going on in the country helped pave the way for Peele to get his movie made. While America had its first black President in Obama, police violence against African-Americans continued across the country and the “Black Lives Matter” movement basically said, “Enough.” Having that in the atmosphere while Peele was getting his movie made certainly helped him capture some of the subtler and more overt references to how racism (and reverse racism) continues in this country over 50 years after the Civil Rights movement tried to end it.

You release a movie like Get Out into this sort of environment, and how could it possibly fail?

In fact, you can probably say that Blumhouse Productions has profited the most by having a stream of horror movies to sate the desire of moviegoers at getting out of their real-life horrors and into something more fantastic they can watch while eating popcorn.  The Purge movies especially seem to be taking what’s happening in the world, where it feels like any second things could just explode, and to show what might happen if people were given a 24-hour outlet to sate any need for crime and violence.

While many of the movies doing well this year were conceptualized a year or more ago, you can assume that right now, screenwriters and filmmakers are trying to write movies that will feel relevant and timely over the next few years. You just never know when something’s going to pop and connect with moviegoers the way It and Get Out have.

Because this is in danger of turning into a thesis paper, and I doubt anyone would reward me with a doctorate for writing it, I’m going to wrap this up.

There definitely seem to be correlations between the current wave of hit horror movies with what’s happening in the world and in America specifically, so one can probably guess that more filmmakers and studios are going to try to capitalize on audiences’ wanting this form of escapism to allow edgier and more original horror films like Get Out to get made.

Who knows? We might even start seeing more Stephen King adaptations in theaters, because as a writer, King has always been able to tap into the public zeitgeist with his novels, and people seem ready and willing to revisit them right now.