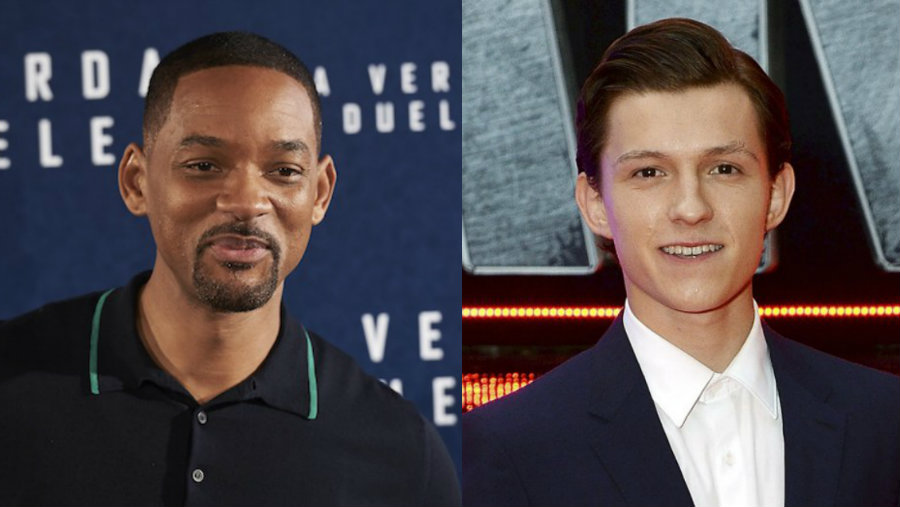 One is already one of the biggest movie stars in the world, the other will potentially join him someday going by the amazing career he’s had at the young age of 21-years-old. Now, Will Smith and Tom Holland will be working together, at least in the recording booth, probably separately, as they’ll be providing their voices for 20th Century Fox Animation’s animated movie Spies in Disguise.

The Fox Animation production is based on the 2009 animated short Pigeon: Impossible from Lucas Martell, which follows a secret agent who nearly starts a global conflict when a pigeon gets stuck in his government-issued nuclear briefcase.  Blue Sky Studios, Fox’s partners on the Ice Age animated franchise, and Chernin Entertainment will be overseeing the project with 20th Century Fox having already set a release date of Jan. 18, 2019.

Spies in Disguise will be co-directed by Nick Bruno (Epic, The Peanuts Movie) and Troy Quane (Ice Age: Collision Course, Ferdinand). Fox recently signed a longterm co-production and development deal with Locksmith Animation to help them meet their animation goals following the departure of DreamWorks Animation earlier this year.

Will Smith previously lent his voice talent to DreamWorks Animation’s Shark Tale, and he’ll be playing a live action version of the Genie from the Disney’s animated classic Aladdin, directed by Guy Ritchie. He also can be seen on Netflix later this year in the fantasy adventure Bright, which reteams Smith with his Suicide Squad director David Ayer.

Holland has a ways to go to catch up to Smith but he’s making good progress with his starring role in this year’s blockbuster Spider-Man: Homecoming after originating his take on Peter Parker and Spider-Man in Marvel Studios’ blockbuster Captain America: Civil War last year. Both movies have grossed over $300 million. Holland’s currently filming the Y.A. sci-fi adventure Chaos Walking with director Doug Liman and Daisy Ridley, and he has a supporting role in the upcoming historic drama The Current War. Other films under the young British actor’s belt include Ron Howard’s In the Heart of the Sea, James Gray’s Lost City of Z and the Emmy-nominated TV mini-series Wolf Hall.

Smith is repped by CAA, while Holland is with WME and Curtis Brown Group.

This news was first reported by Variety and confirmed by the Tracking Board.

You can watch the original Pigeon: Impossible short below.