After finding out about the attack on Carlos at the end of last week’s episode, this week’s episode opens with Tanner visiting the man convicted of murdering his daughter in hospital – and it’s not looking good. 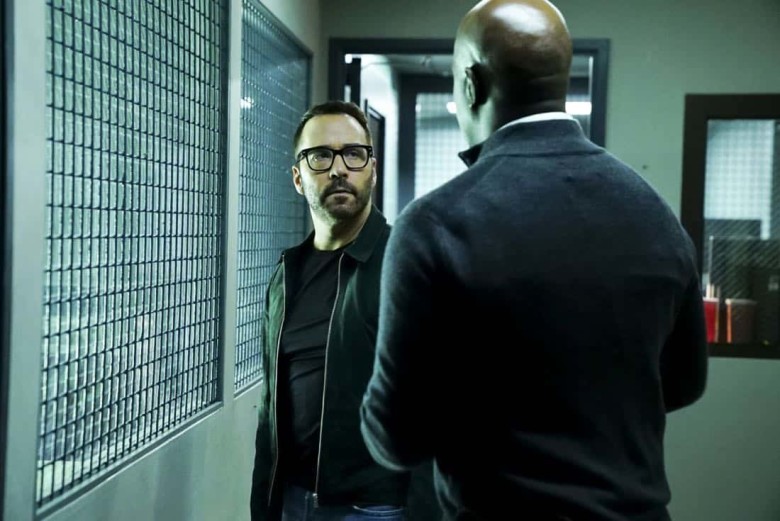 Back at The Hive, Tariq is leaving for a date he met online. Josh is dubious, he doesn’t believe in the algorithm of online dating. Then Mike, who is never the bearer of any good news, arrives with a general counsel – and a cease and desist. Allsourcer are claiming that Sophe’s coding was stolen from them, and in order to prove this they want access to all of the platform’s code. If it does match then Tanner and Sara will have 2 choices: rewrite Sophe with clean code or Allsourcer owns part of the platform. As Cavanaugh and Tanner drive home from the hospital, Tanner gets a call from Sara, she tells him that she’s worried that maybe she has screwed up; after all she doesn’t have the time to check everyone’s work. Then Cavanaugh gets an alert on the radio: retired Detective Derek Walsh has been shot. Cavanaugh goes straight to the scene, but when Walsh’s distressed wife shows up, Ruiz orders Cavanaugh off the case – he’s too close. Back in the car, Tanner says he doesn’t want to pry, but it’s clear Cavanaugh wants to be on the case, and after all in the last episode the Deputy Chief did say that she wanted the department to work with Sophe… 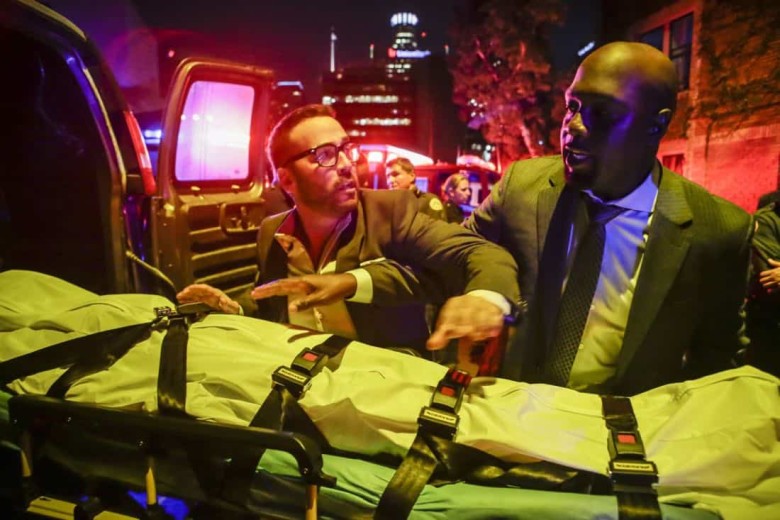 Ruiz interviews Walsh’s wife, and fellow Detective, Shelly. She says her husband had struggled to adjust to retirement; but is offended when Ruiz asks how their marriage was – especially given that everyone knew they had had problems, mainly due to her affair with Cavanaugh. Turns out he was even closer to this case than we originally thought. Tanner calls Cavanaugh, the case is up on Sophe and users are coming up with reasons for the murder: with random act of violence, revenge and angry lover taking the top 3 spots. Cavanaugh says he knows a court clerk who can get all of the case files Walsh worked on. Meanwhile, Mike brings Tanner the budget for the audit – and gives him the ‘I told you so speech’ – telling Tanner that none of this would have happened if he’d just played nice with Nell when they met a couple of episodes back. But Mike does have another suggestion; Allsourcer can’t take the matter to court without the approval of the board – which Alex is a super-voter on. Conveniently, Nell is already meeting with Alex to try and win her over. She doesn’t seem to be getting anywhere, until she tells Alex that if Allsourcer owned a stake in Sophe then she would have a say in what Tanner was able to post. 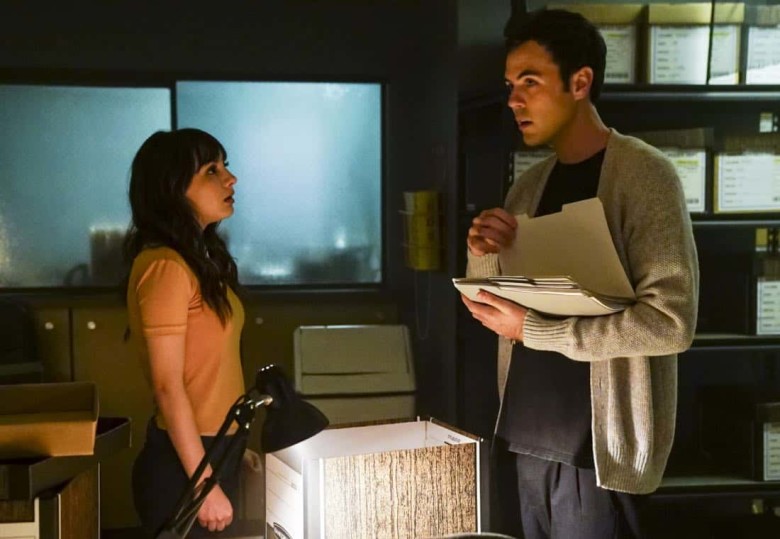 Josh goes to collect Walsh’s case files; it’s quite the collection of unpleasant crimes. The clerk, Prudence, admits to Josh that she’s a Sophe user. She makes some suggestions about the platform; and apart from being into Sophe, it’s also pretty clear that she’s into Josh. Outside the police department, Cavanaugh tells his former lover Shelly that he’ll find out who killed her husband. Just as she is apologizing for hurting him Ruiz interrupts and asks if she knew Derek was on fentanyl. Shelly replies he had had a prescription that he’d been weened off. But it turns out it wasn’t prescription stuff he was on, it was street level.

At The Hive, Josh has uploaded the case files and the new fentanyl info. Users pull out 6 of Derek’s cases – all drug busts using the same informant. Cavanaugh goes to Ruiz to ask her to use the official channels to get the name of the informant. Later, Tanner and Sara are having an awkwardly silent dinner. She’s beating herself up about the fact that her mistake may cost them Sophe, but just as she and Tanner get into it about whether he sees Sophe as their platform or just his, Sara gets word that the audit is complete. They meet Mike at The Hive and of course he has more bad news: the audit turned up over 5000 identical, or almost identical, lines of code. Now they’ll need to provide proof that the initial use of the code didn’t happen at Allsourcer. When Sara leaves to try and find this proof Mike tells Tanner that he needs to talk to Alex. 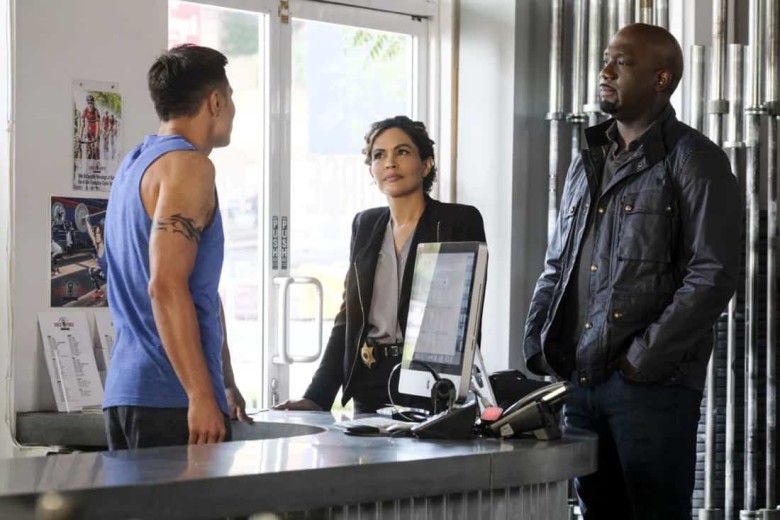 Meanwhile, Ruiz and Cavanaugh show up at a gym looking for the informant, Gerard. His girlfriend runs when she sees them; but she doesn’t get far and they catch her (and her fentanyl) in the bathroom. It emerges that Gerard hasn’t been seen since around the time Derek was murdered, making him prime suspect in the case. Back at The Hive, Tariq catches Josh texting Prudence and decides to meddle; by stealing Josh’s phone and inviting her over. Ruiz and Cavanaugh respond to a call that someone has found Gerard’s car – with Gerard’s body in the trunk.

Tanner goes to meet Alex. She tells him that Nell has already been to see her – and that she has sold her Allsourcer shares; her voting block is gone. Cavanaugh meets with Shelly, and tells her that Gerard couldn’t have killed Derek because he had already been dead for 2 days when Derek died – but the 2 men were killed with the same gun. Ruiz and Cavanaugh interview Gerard’s girlfriend. She says that Derek was just a client – who she turned to for help with Gerard didn’t come home. She says that Gerard had been careless, he started selling to people he didn’t know and that his actions could have ignited a turf war with one of the other local dealers.

Sara meets Mike and Tanner with an update on the code situation – most of the disputed code is in the public domain and the rest originated from Sara’s grad work at Stanford, making it her property. Tanner apologizes for not being appreciative of how hard Sarah works on Sophe. Then Cavanaugh calls – with the name of the dealer Gerard had gotten on the wrong side of. But Josh and Tariq aren’t convinced, Sophe isn’t identifying drug turf war as one of the top reasons for the murder. At the police department, Cavanaugh interviews the dealer, Gregorian – who denies everything and laughs in Cavanaugh’s face. A search of Gregorian’s house turns up nothing; but then Tanner calls – and once again Sophe has cracked the case. It wasn’t a turf war, it was revenge for the death of Gregorian’s nephew who died when he overdosed on fentanyl Derek sold him. Ruiz and Cavanaugh bring in Gregorian’s sister (and make sure he sees of course). That’s not all they have up their sleeves – if the sister knew what Gregorian was planning then that makes her an accomplice, and that means prison time. So they offer a deal: confess and the sister walks. 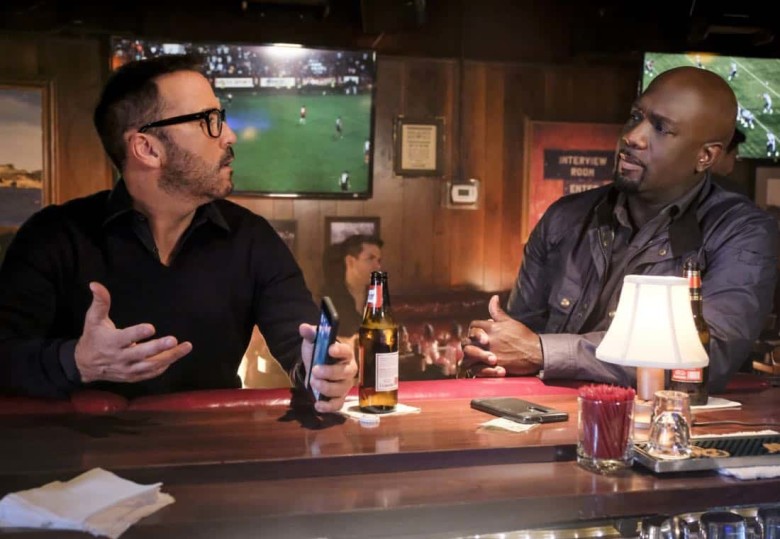 Mike shows up at The Hive, with a face that indicates that once again he’s there to rain on yet another parade. Turns out Allsourcer owns Sara’s code – when Tanner hired her from Stanford he agreed to pay her final year of tuition and her student loans, and a contract clause states that any work performed for any compensation belongs to Allsourcer. And that’s not it; there was also a non-competition clause, which means that Allsourcer have the right to stop her working at Sophe. Oblivious to this, Tanner is at a cop bar with Cavanaugh; where he gets a call from Carlos’s lawyer – telling him about the message Carlos left for him (the same message that got Carlos stabbed). So does the cover-up for Mia’s murder go as deep as a maximum security prison?

Things really starting ramping up with our ensemble this week, and while Mia’s case took a backseat we finally got more of an insight into Cavanaugh’s character and even learnt a little more about Sara and Tanner’s relationship. However, this week’s episode did serve as a reminder of how underused Tariq and Josh are. Their scenes were some of my favorites and it would be great to see more of them; they’re very natural and pretty funny – plus they make quite the unlikely duo, so I’m really hoping that they’ll get to have their own moments in the spotlight at some point this season.

This episode also felt like it was being used to do a lot of setting up for storylines that are going to continue to unfold over at least the next few episodes: is Tanner going to have to give Allsourcer rights to Sophe? Is Sara even going to be able to still work at Sophe? Who did Alex sell her shares to? Then there’s Josh’s new girlfriend – is she really just an avid Sophe user or does she have ulterior motives for getting close to him? And none of this even touches on who Carlos was referring to in that message he left Tanner about the identity of Mia’s killer. I definitely left this episode with more questions than answers, but on this occasion I think I’m OK with that.