Remember the anonymous source who helped solve the case of the week back in “Trojan Horse”? Well, the team feel the aftermath of accepting that help this week when Sophe is taken offline by a bot attack. 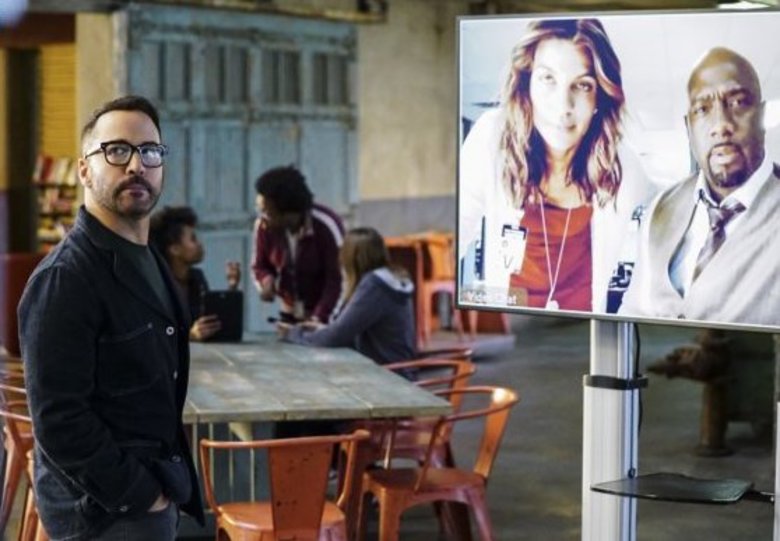 “Denial of Service” starts with the discovery of a body at the bottom of a staircase. The victim is Ron, one of four founders of Javawell (“Uber for coffee”). At the police department Cavanaugh and Sara interview one of the other founders, Ben – who recounts the story of how he discovered Ron’s body the morning after a party at his house. Ben believes his friend’s death was nothing more than a tragic accident, and is shocked with Cavanaugh reveals that the case is being treated as a homicide. Cavanaugh and Sara call into The Hive, where Prudence finally makes her second appearance and Tanner has just been expressing his annoyance at the lack of movement in Mia’s case following the sweater lead from a few weeks ago. Cavanaugh and Sara tell the team that Ron was actually killed with one of his own Hackathon trophies, but they’ve decided not to reveal this information in the hope that it will trip up his killer. Tariq starts to do some digging and soon finds an interesting memo on Ron’s computer, in which he speaks out against the push for more diversity in the tech world – and there’s your motive right there: while Google may have been able to survive their anti-diversity email scandal, a company as small as Javawell would be ruined if this memo became public. 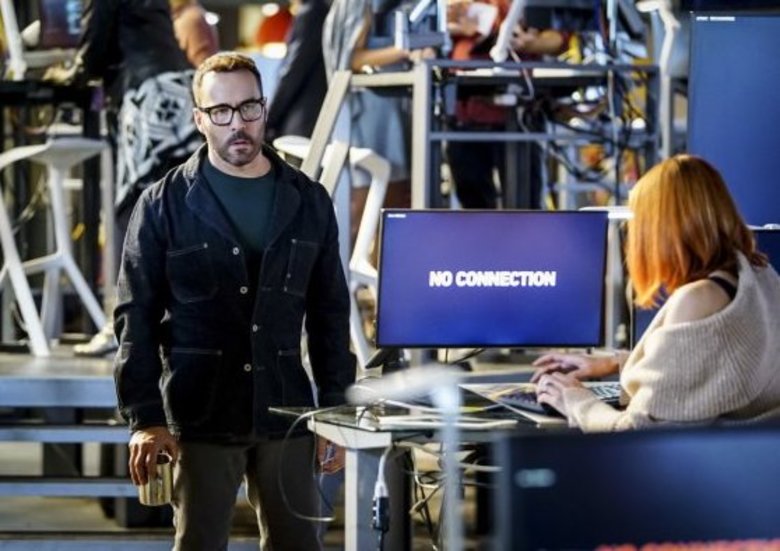 Suddenly there’s an error message on every computer screen in The Hive; and Sophe goes offline. Botnets have attacked Sophe’s servers, using any device that has access to wifi to drive traffic to the site and overwhelm the servers – and Tariq thinks that someone from Javawell could be responsible. Josh sends Prudence (who is only visiting on her day off) down to the basement to try and help get the servers back online. Meanwhile, another of Javawell’s founders, Faith, arrives at the police department for her interview. She says that her memory of the party is hindered as she was on LSD, and although she bonds with Sara over sexism in the tech industry, she says that Ron never hassled her. Then the final founder, Mason, arrives; and claims that he was the one who talked Ron out of sending the memo in the first place. With all the interviews complete, it immediately becomes clear that Ben, Faith and Mason all have differing accounts of the party – right up until the moments before Ron’s death, when suddenly their stories align.

Back at The Hive, Sophe is still offline and the team are out of ideas. With his back against the wall, Tanner calls Alex. He needs to find a server to temporarily host Sophe, one that is big enough to withstand attack – and he knows just the man with just the server: Vikram, his former partner back at AllSourcer. Their business relationship didn’t end well, and Tanner needs Alex to be the one to ask. But he barely has the chance to hang up the phone when a group of unwelcome visitors arrive at The Hive – the FBI with a federal warrant. Claiming that they believe the botnets that attacked Sophe may also be planning an attack on government infrastructure, the agents begin interviewing the team. They start with Tanner, pointing out that he has managed to make his fair share of enemies; before moving onto Sarah. When they call Josh in he panics; and admits to hacking the M.I.T. servers when he was in grad school to delete an email that he had sent to a girl. And then they bring in Tariq, who they had brought up as a possible suspect to each of the other team members, and immediately focus in on his hacker past. 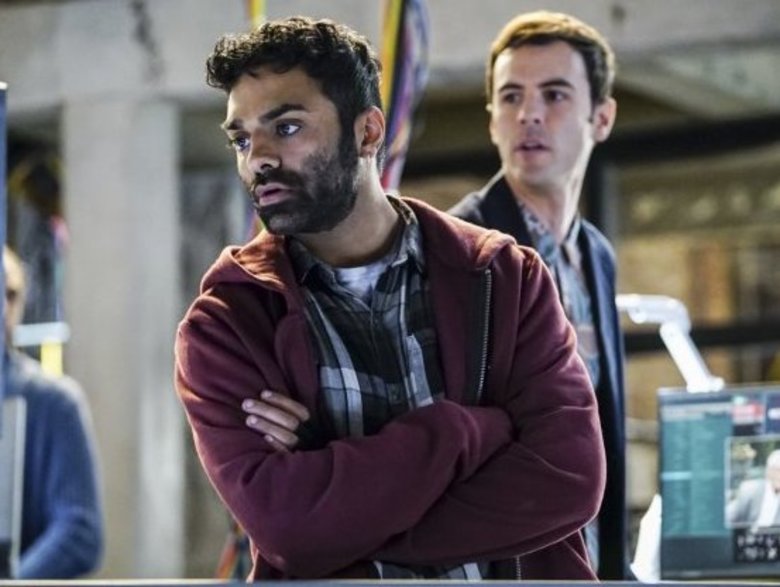 Suddenly Sophe comes back online – Alex managed to call in the favor with Vikram, but he has only agreed to host Sophe for 8 hours. With the clock ticking, the team go in all guns blazing on the Javawell case – still believing someone connected to it is behind the server attack. When Sophe users start discussing the Javawell app and how it connects users in the same geographic area the team realizes that the app’s data logs could be the key to the case – and they’re right: the logs show that Mason, Faith and Ben were all within 10 feet of Ron when he died. Back at the police department, Cavanaugh uses this information to confront each of the suspects – separately. Ben and Mason immediately go quiet, but Faith cracks. She says it was an accident. She challenged Ron about the memo, and pushed him down the stairs in the angry exchange that followed. Despite her confession, Cavanaugh asks her why she’s still lying: it wasn’t the fall that killed Ron. Then Cavanaugh comes to a realization – Ron wasn’t hit with the award at the top of the stairs, he was hit at bottom: by Mason who found him alive when he went to check on him after he was accidentally pushed by Faith. Sara and Cavanaugh confront Mason with the truth and he realizes that he has been caught – however, when Sara asks him about the attack on Sophe it quickly becomes clear that it wasn’t anything to do with Javawell after all.

At The Hive, Tanner is getting suspicious about the FBI’s reasoning for being at Sophe; and then Alex calls (right on time). There is no official FBI investigation into Sophe; but they’re often used by the NSA to conduct their investigations – and this is where the anonymous source from “Trojan Horse” comes back to haunt Tanner. The NSA believe that the source could a leaker, and wanting to avoid another Snowden/Manning situation they took Sophe down themselves to gain access to the site and it’s staff in an attempt to locate their suspected leaker. With this information, Tanner instructs Tariq to work his magic; he manages to take down both Sophe and the NSA website which gives Tanner the chance to let the agents know his theory about what they’re really doing at The Hive. Their plan thwarted, the agents leave and the team are able to re-host Sophe on their own servers. But Tanner suspects it won’t be the last they see of the agents, after all, they had to leave The Hive before they got what they were looking for – and he’s right; the NSA have him wiretapped; and they’re not the only ones paying close attention to what he’s doing – with Sophe back online a new evidence alert comes through, a user noticed a homeless man wearing the sweater from Mia’s room – that he found in a dumpster. Then Tanner has a revelation – the killer dumped the sweater because he knew the team were onto him; he’s a Sophe user – and he’s been watching… 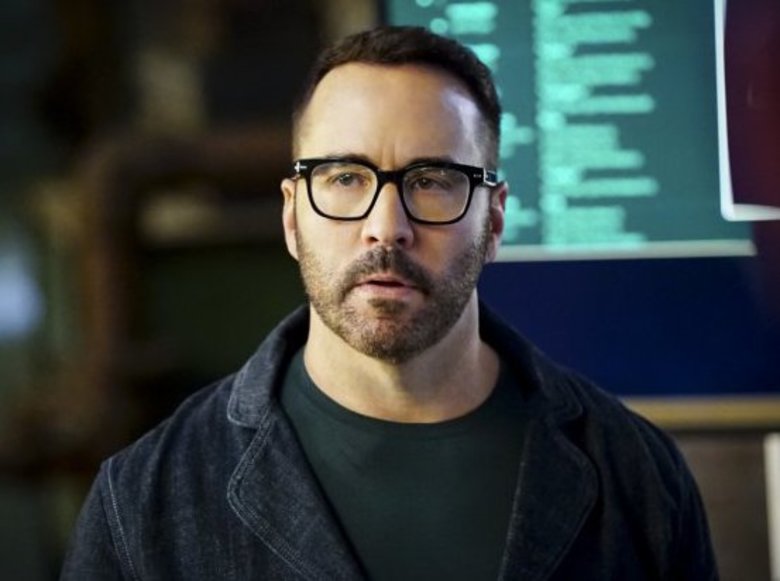 This week’s episode fell back into the trap that Wisdom of the Crowd would often get caught in at the beginning of the season: with issues getting resolved just a little too easily. Especially Vikram’s decision to host Sophe on his server; I didn’t really buy that he agreed to this just because Alex called him and reminisced about the good old days. Also, I’m going to be honest here – I had forgotten all about the XL sweater cliffhanger, mainly because it happened 2 weeks ago and was completely ignored about during last week’s episode. This is becoming Wisdom of the Crowd’s biggest problem as we round up episode 8: the audience gets an exciting piece of information at the end of an episode, and then it simply isn’t mentioned the following week. I enjoy a slow burn, but this is making it more and more difficult to keep on stop of everything – and makes what should be big reveals fall somewhat flat.